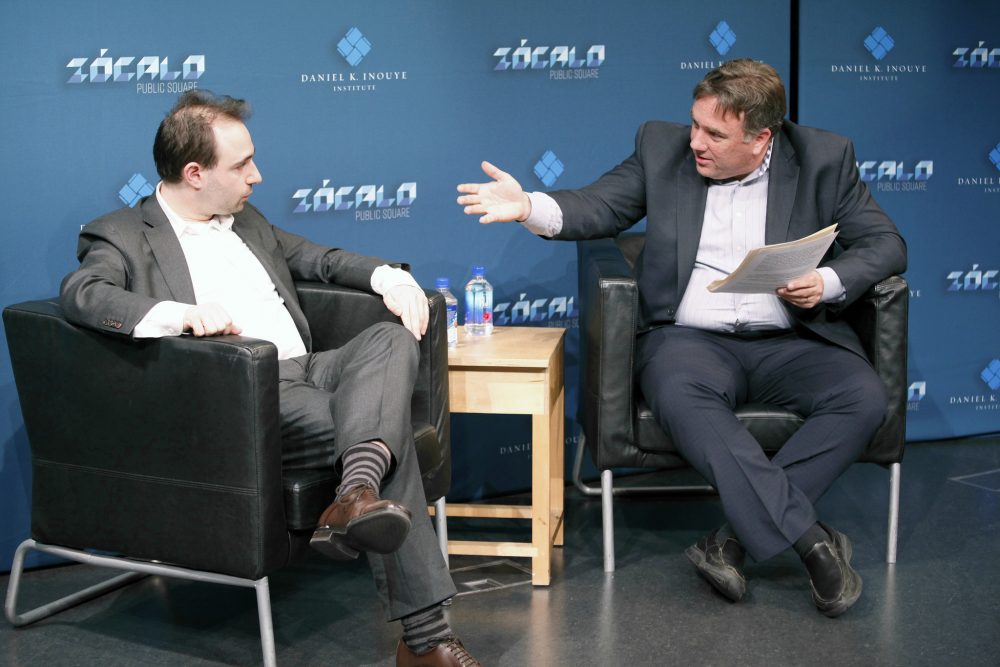 Several years before a certain Queens real estate tycoon became president, Yascha Mounk had a sense that the United States and other liberal democracies had arrived at “a moment of acute political instability.”

Mounk, a Harvard University political scholar, had found illuminating and alarming data indicating that, in country after country, people were becoming disillusioned with liberal free-market economies and democratically elected governments.

As he told a packed audience at a Zócalo/Daniel K. Inouye Institute event titled “Is the Public Destroying Democracy?”, Mounk was seeing early warning signs of what he calls “democratic deconsolidation”—a loss of faith in the liberal democratic system, triggered by economic decline, rising inequality, and the stirring up of racial and ethnic anxieties. It’s a phenomenon that has helped anti-democratic demagogues seize power in places like Venezuela, Russia, and more recently, Poland, Hungary, and Italy.

Moderator Joe Mathews, a Zócalo columnist and co-president of the Global Forum on Modern Direct Democracy, led off the discussion, at the National Center for the Preservation of Democracy in Little Tokyo in downtown Los Angeles, by asking Mounk about how his personal history influenced his decision to study democracy. The German-born child of Jewish Polish parents, Mounk said he hails from a family that had “the bad habit of being in the wrong place at the wrong time for about three generations.” As he details in his 2014 memoir, Stranger in My Own Country, his parents were thrown out of their own country during a virulent anti-Semitic wave in Poland in the 1960s.

In his latest book, the just-published The People versus Democracy: Why Our Freedom Is In Danger and How to Save It, Mounk elaborates on the reasons behind the rising number of “illiberal democracies.” His book casts a backward glance at the brief interval following the collapse of the Soviet Union, when liberal democracy appeared to be the “uniquely legitimate” form of government, having seemingly vanquished all its ideological rivals.

But as newly democratic countries (such as the former communist countries of the old Soviet bloc) failed to deliver promised levels of prosperity, and entrenched political elites grew detached from their constituents, their citizens grew increasingly angry, restless, and disenchanted with democracy. Meanwhile, liberal-democratic nation-states appeared less capable of solving global problems like a robot taking your job, or a rising ocean washing away your house or your farm.

Mathews asked Mounk if it’s possible for this legitimacy to be restored.

Mounk stressed that it’s not enough for liberal democracy’s defenders simply to insist that the status quo is working, or to dismiss authoritarian figures as racists and know-nothings. What’s needed, he said, is for ordinary people to share more in the benefits of globalization and the sorts of freedoms that liberal democracies value.

Mathews, observing that democracy is, like “diet,” a word that can mean many different things to different people, asked Mounk how he would define the term. Mounk said there are two elements to liberal democracies: liberalism, which fundamentally protects individual and minority rights and defends the rule of law; and democracy—the notion “that collectively we get to rule ourselves.” The question confronting us, he added, is “whether our liberal institutions can translate popular sentiments into actual policy.”

Responding to another question from Mathews about whether there haven’t, in fact, been many advances in democracy in the post-World War II period—notably for women and minorities, and in regions like Africa—Mounk agreed that there have been. But in recent years, about twice as many countries have become more repressive and less democratic as the number of those that have advanced toward democracy.

What’s also changed, he continued, is that countries like the United States, which had been regarded as unassailably democratic, have experienced backsliding and the erosion of democratic norms. And it’s become more apparent that prior political stability rested, in part, on economic affluence, Mounk said. Polls have shown that small but growing numbers of Americans say they would be willing to have military rule, a trend that is even stronger among millennials and younger Americans who have minimal actual lived experience of what such a regime would be like.

“What we’re seeing now is democracy being threatened in places where it wasn’t supposed to be threatened,” Mounk said. “We can’t take democracy for granted even in the United States.”

The real danger to liberal democracy in countries like the United States, Mounk suggested, is not that jackbooted Stormtroopers will sweep in and take over. Rather, it’s the possibility that a demagogue will slowly pack the government and the courts with his cronies, chip away at free speech, and gradually do away with free and fair elections—all while branding the opposition as traitors and scapegoating ethnic out-groups.

“The most salient case of democratic breakdown in the last 100 years is obviously the Third Reich,” Mounk said in response to one question from an audience member. “It’s very easy to picture that.” But it’s also misleading. The way democracy crumbles isn’t that people have a deep preference for an authoritarian alternative; it’s that people retreat from the liberal-democratic path and gamble on more radical, extreme forms of rule in hopes of solving their problems and shaking things up.

But Mounk said this doesn’t mean that defenders of democracy should reject old-fashioned nationalism. We need a sense of shared identity that allows us to empathize and support both flood victims in Houston and hurricane victims in Puerto Rico—a transcendent nationalism that takes us out of our own select groups of people like ourselves, he said.

“We shouldn’t give up nationalism, we should reclaim it.”

Another audience member asked what Mounk thought the role of social media had been in advancing the rise of illiberal leaders. The ascent of social media “sort of pulverized the media gatekeepers” that in the past had kept extremist views at the margins, he replied. But the solution isn’t to simply try to “limit the supply of noxious ideas.” Rather, it’s to better articulate, and fight for, our own political values, and to engage people of different opinions in constructive conversation.

“We don’t do that anymore,” Mounk said. “We barely teach civics in high school.”

But although Mounk acknowledged that audiences sometimes find him “very depressing”—“Sorry if I’ve depressed you!”—he personally has been energized and inspired by the new ideological struggle at hand.

“Unlike the people in countries like Russia and China and so on, we still have the ability to do something about it, and to actually fight for our values, and to have those conversations across the political divide,” he said. “There’s this big fire burning out in the world, and it can seem really daunting because all we have is a little bit of water in front of us.”

Mounk then lifted a bottle of water sitting on the table beside him.

“But you know what? There’s a ton of people here today. And if each of us takes our own glass of water and pours it on the fire, then together we might actually be able to extinguish it. So let’s get to it.” 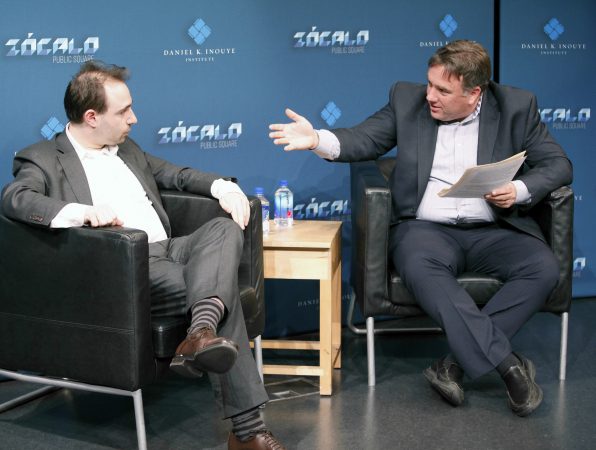 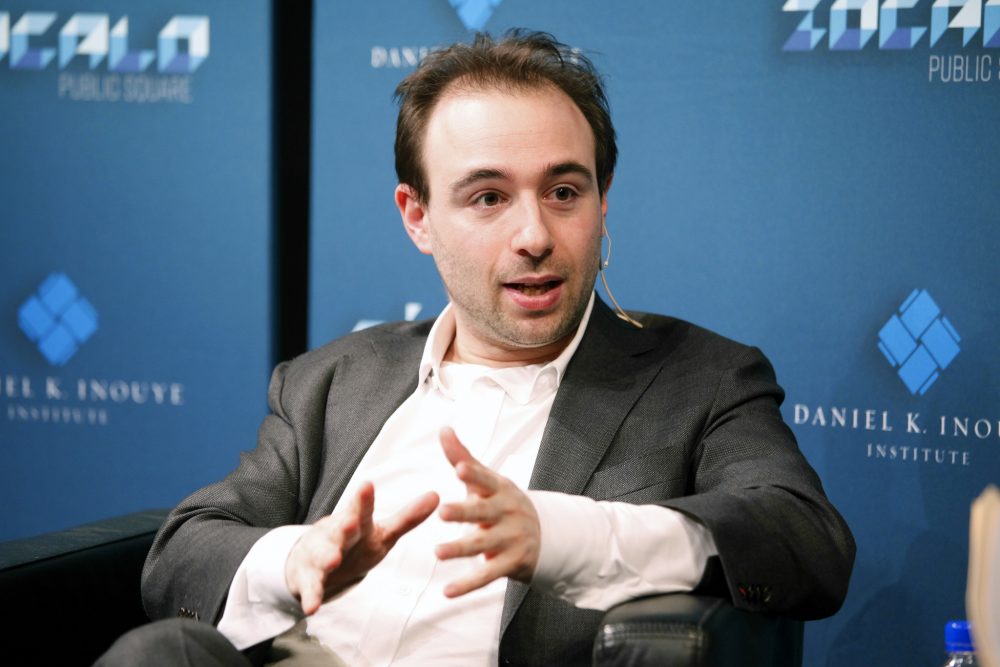 Yascha Mounk, author of "The People vs. Democracy: Why Our Freedom Is in Danger and How to Save It." 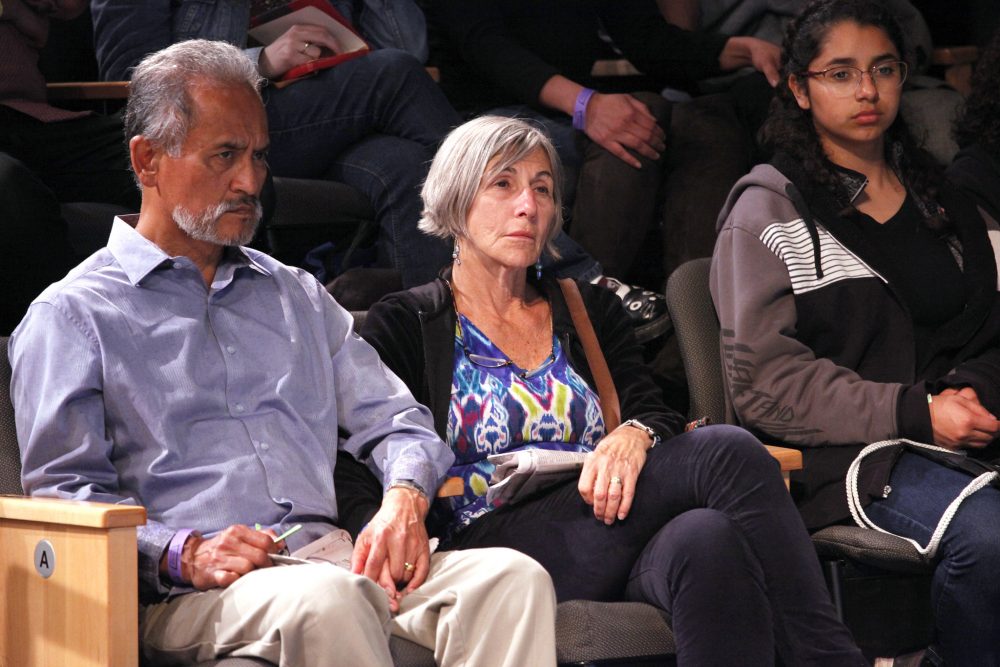 A standing room-only crowd at the National Center for the Preservation of Democracy. 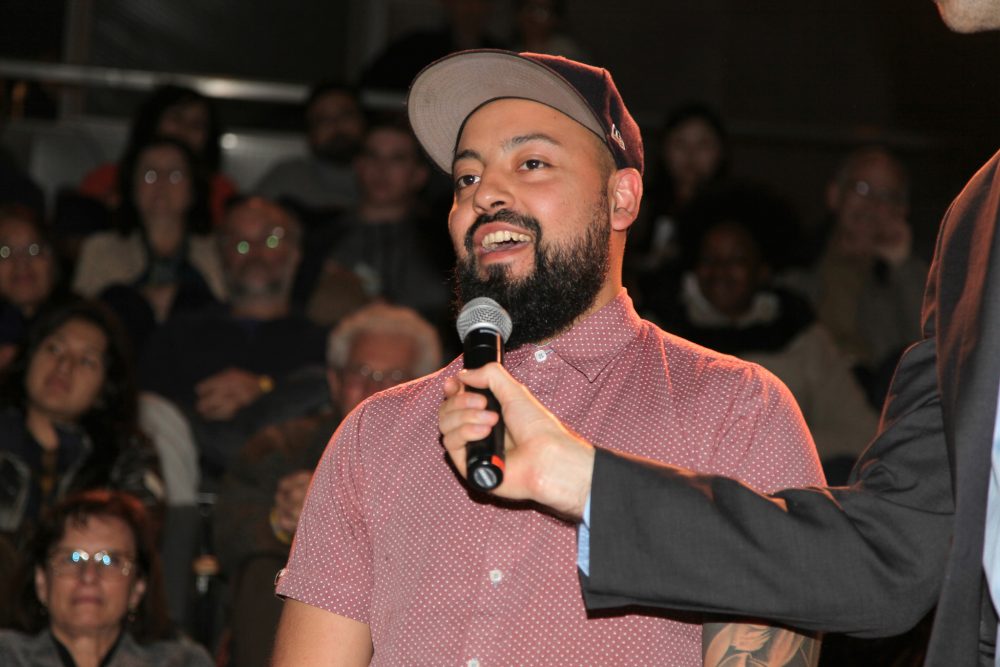 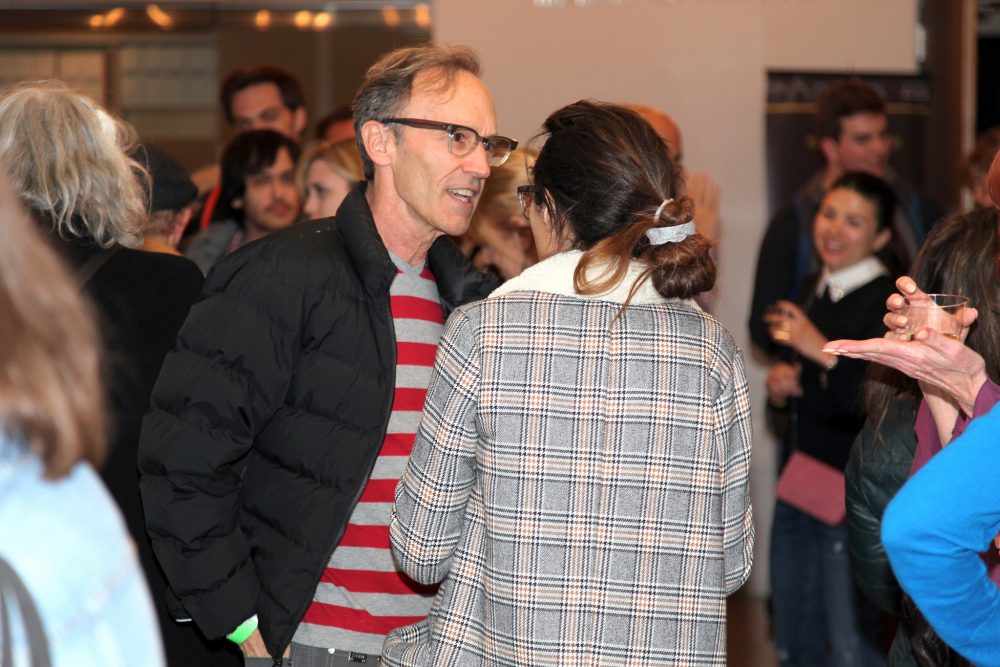 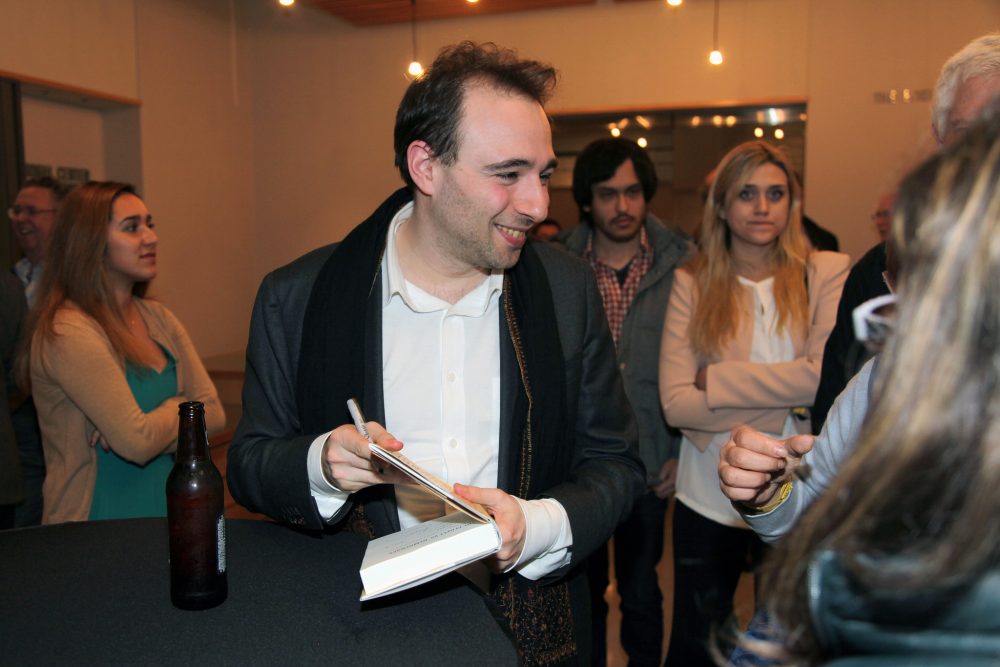 Yascha Mounk speaks with guests at the reception.