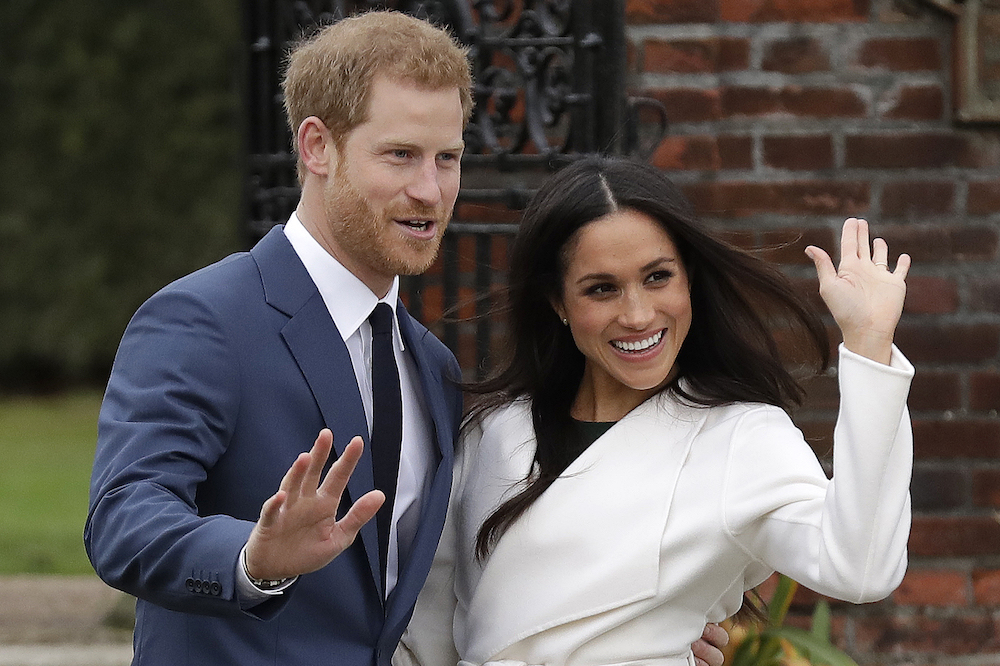 Your Majesty, I realize you move slowly, and I don’t mean to rush someone who turned 92 this week. But it’s high time that you showed California proper appreciation—by making our entire state an honorary member of the British royal family.

Perhaps that seems a bit much, and yes it might breach protocol, but ask yourself, Ma’am: Does your family have a more devoted servant than the Golden State?

Over the decades, you have had any number of flunkies and public relations vassals in your employ. But none has been better at telling your family’s story sympathetically than the folks in Hollywood.

For the lowbrow set, L.A.’s entertainment news shows cover every little appearance of you and your kin. The other family those shows obsess about—the locally grown Kardashians—are perhaps best understood as a House of Windsor tribute band.

And for the highbrow, we have long championed films devoted to your stories and your lineage. In more recent years, British royalty and Hollywood have converged, with an avalanche of productions about you Windsors. The King’s Speech, about the stuttering struggles of your father, won the best picture Oscar. (Investigative reports suggest you may be the only woman that its producer, Harvey Weinstein, has ever treated with respect.) The Academy gave Helen Mirren the best actress award for playing you in The Queen. Even Northern California has been in your (streaming) service, with Netflix casting the charismatic Claire Foy as a young you in another award-winning series, The Crown.

All these productions would be enough to humanize most families. But you require more. So now California is preparing to give you our own flesh-and-blood, a glorious child of Los Angeles: Meghan Markle. She is scheduled to join your family by marrying Prince Harry on May 19.

Markle brings your clan a level of diversity (she’s biracial), education (she has an international relations degree from Northwestern), and beauty (those teeth!) that the Windsors have never managed on their own. She is marrying your less accomplished younger grandson, best known for having dressed up like a Nazi for a party. And Markle has handled herself graciously in the face of paparazzi stalkers, a nasty Andrew Morton biography, and racist Fleet Street commentary.

And as matter of foreign policy, this classy California girl has impeccable diplomatic timing. She provides a crucial boost to the faltering special relationship between our two countries, while also giving your nation a gorgeous distraction from the consequences of your horrifyingly self-destructive decision to exit the European Union. Not since FDR has an American performed so great an act of rescue for the United Kingdom.

If there is something already regal about her, well, that’s no accident. As the child of a cinematographer and as a student at one of our snootiest private girls’ schools, she grew up around wealth and celebrity in modern Southern California, about as royal a milieu as you can find outside Buckingham Palace.

Indeed, California has taken the lead from you in modernizing monarchical ideals for the 21st century.

Our wealthy folks live like royals—behind gates and big walls, often high on hills—and are obsessed with defending their privacy and cultivating mystique. Many of our wealthiest are Anglophiles—they keep apartments in London, play polo in Santa Barbara, or even hunt in the countryside with hounds, through clubs like the Santa Fe Hunt in Riverside and San Diego counties (though the prey here are coyotes, not foxes). Like any good hereditary aristocracy, they make sure the best job opportunities stay in the family. Drew Barrymore and Emilio Estevez have had film careers, so they don’t call it Hollywood royalty for nothing.

And while Silicon Valley is newer to the wealth, our tech lords are rapidly catching up to royal standards. Did you catch Zuckerberg’s testimony before Congress? His upper lip was even stiffer than yours!

One dirty secret about California is that for all our populist culture and direct democracy, we’re soft on monarchs. We’ve even granted the Queen Mary, the ocean liner named after your grandma, a permanent berth at the Port of Long Beach. This may be because we don’t share the American history of throwing off your ancestor, George III, like the states back East; we entered the Union later, in 1850.

Politically, we Californians also have a demonstrable weakness for elderly leaders who refuse to abdicate—like your generational cohorts Jerry Brown and Dianne Feinstein. And we’ve produced some of America’s most self-consciously regal chief executives, like Ronald Reagan and Arnold Schwarzenegger. While covering the latter for the L.A. Times, I once called him “an Austro-Californian king”; I meant it as a teasing barb, but he called to thank me and praise the line.

Now, even as I hereby request gratitude from a Queen, I also must thank you. Filming your family’s stories has made a lot of money for our state’s entertainment industry. And we realize that, in sending you Markle, we’re not giving you a film A-lister or TV network star. The series in which she appears, Suits, is on basic cable. And she’s a divorcee, which probably brings up all the pressures visited on your father after your uncle abdicated to marry another American divorcee, Wallis Simpson.

Not since FDR has an American performed so great an act of rescue for the United Kingdom.

I must also confess that California could use a good wedding, like Harry and Meghan’s May nuptials, that celebrates our state’s diversity and glamor. These California strengths are now mocked by our president and others who wish to divide the country and stir resentment against us. It feels good to have at least one country that respects us and welcomes us, even if that country is not our own.

Forgive me, but I must lobby you on one thing. Can you do a little better for our Meghan than the titles currently being talked about in the British press? We read that you might make her just another duchess. Or she could lose her name entirely to her husband and become, weirdly, Princess Henry of Wales.

I realize this breaks protocol, but it would be delightful if you could make her Princess Meg of Windsor Hills. That’s the upper-middle-class, predominantly African-American neighborhood in South L.A., where her mother lives. Such a title would be a beautiful way to bind a California community and your family name together.

It’d also be cool if the organist could play at least a few bars of Tupac’s “California Love” during the ceremony. But that’s not a priority. It’s far more important for you to acknowledge what this wedding really is: the official consummation of a longstanding partnership.

Most of us Californians can’t make the wedding, so please pass on our best wishes to your entire family. So Mazel tov to Meg and Harry! And, yes, God save the Queen!