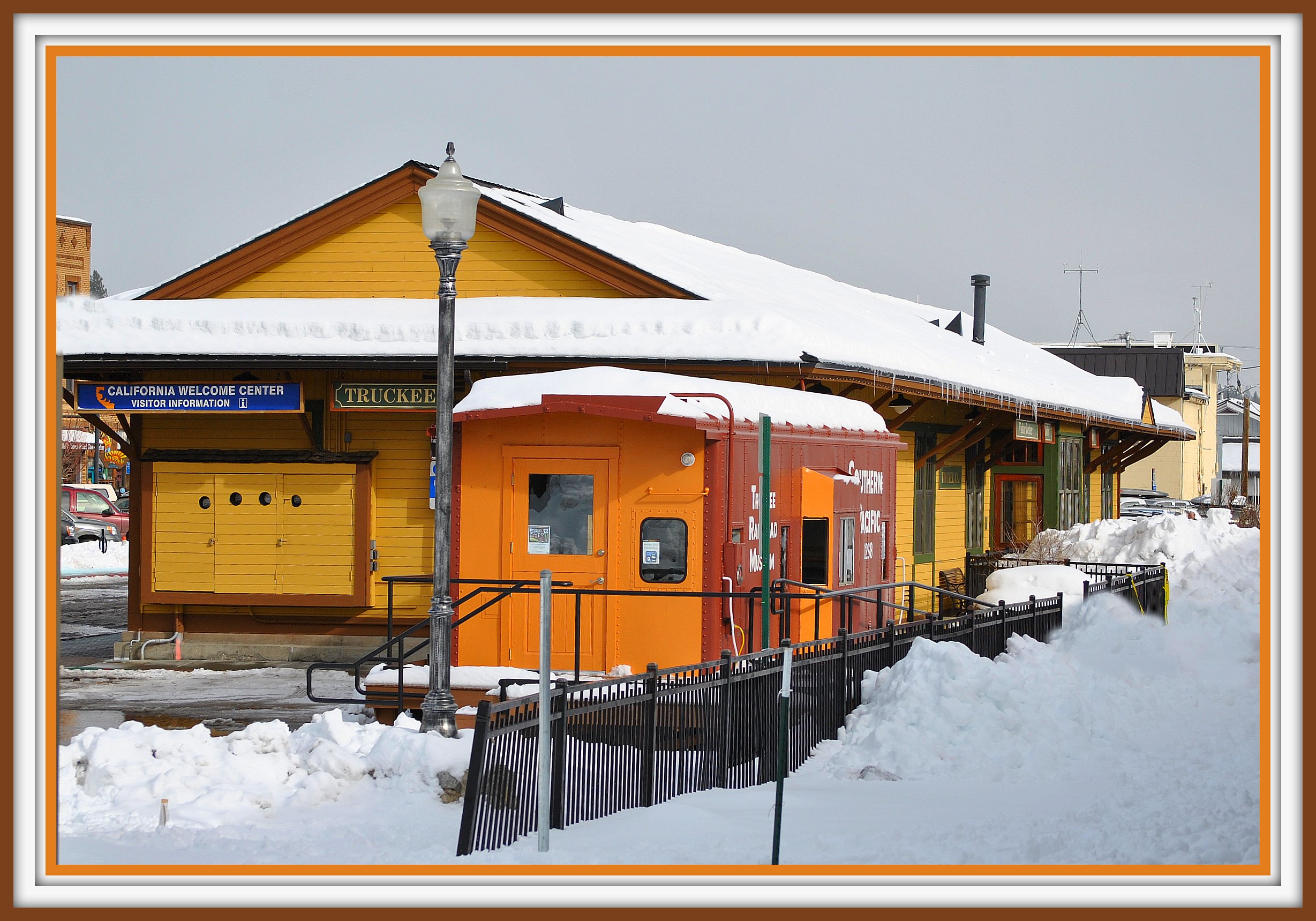 One of California’s hottest development projects can be found in one of its coldest towns.

In an era of bitter neighbor-bites-neighbor fights against big developments, perhaps it’s fitting that an antidote should emerge from the Donner Pass. Tiny Truckee—a very snowy municipality of 16,300—has embraced a plan to double the size of its century-old downtown.

The Railyard Project—it’s being built on a 37-acre railyard—shows that communities can overcome NIMBYism, environmental litigation, and all the usual California obstacles in pursuit of transformational development. The project also shows just how difficult and complicated such transformations have become in a state once famous for dramatic change.

Truckee’s ambition is startling. First of all, it’s starting with affordable housing—usually the last type of housing to be added to a project, given the associated political and financial challenges. Second, the Railyard includes tricky rerouting of infrastructure in a state that resists infrastructure updating. And, finally, it’s big, including a multi-story, 100,000-square-foot building that mixes residential units and storefronts—exactly the sort of dense, urban development that has drawn fervent opposition in the state’s biggest cities.

While the project has drawn little notice outside the Sierra, that seems likely to change as construction continues. Truckee, after all, is a gateway to heavily visited Lake Tahoe. And the project has used innovative financing mechanisms, including dollars from the state’s cap-and-trade program. It also is likely to employ factory-made housing as a way of reducing the sky-high costs of construction. And the frontrunner in the governor’s race, Gavin Newsom, has praised Truckee for finding ways to support smart development despite obstacles.

For Truckee, the project is both a product of the town’s unusual history and a culmination of a quarter-century journey. While many California towns incorporated long ago, and then developed the infrastructure of a municipality later, Truckee did things the opposite way. Truckee, named for the Paiute Indian chief Tru-ki-zo, began as an unincorporated county outpost in the 1870s. Eighteen different special districts, providing services from parks to sanitation, are older than the town government, which only formed in 1993.

What eventually caused Truckee to incorporate was frustration with the poor quality of snow plowing (snowfall can exceed 200 inches a year in the “town that snow built”) on its more than 150 miles of roads. Residents of Truckee’s 34 square miles also wanted to take control over land-use planning after years of new house-building on its outskirts by Bay Area vacationers. The final straw was the county’s decision to impose a new K-Mart outside downtown, despite local objections to the traffic it would create.

The new town started by embarking on a new general plan for all of Truckee, including a plan specifically for downtown. Residents were asked to contribute ideas, and at meetings, several seized on a vision of a mountainous model of smart growth, with a bigger downtown offering more for year-round residents.

The obvious place for this was a Union Pacific railyard next to downtown. The town used $350,000 from a sustainable communities program run by the state treasurer’s office to create a master plan for the railyard site. It then took years to convince Union Pacific to sell the property—a difficult task, since Truckee serves as a vital rail connection in the West.

The town also collaborated with a high-powered Bay Area developer with ties to Truckee, Rick Holliday, who managed to buy the land and proved willing to stick with the project over many years.

Over the past decade, the plan has managed to survive blows that have killed other projects. A California Environmental Quality Act lawsuit against the plan—litigation that routinely blocks approval of developments around the state—failed. The Great Recession put the project on ice just as its master plan was being approved. Then, in 2011, Gov. Jerry Brown killed the redevelopment program that many cities relied on for improvements projects; Truckee and Holliday were intending to use redevelopment to finance the project.

In an era of bitter neighbor-bites-neighbor fights against big developments, perhaps it’s fitting that an antidote should emerge from the Donner Pass.

Holliday was disappointed. He had a home in Truckee, his wife opened a gallery, and his children would live in the town too. Holliday, who had known Brown from his days as Oakland mayor, says he talked to the governor about the project, and Brown raised the possibility of cap-and-trade money. In 2014, Holliday applied and eventually secured more than $12 million—on the basis that the railyard would be the sort of affordable, infill, higher-density development that means people drive less, and produce fewer greenhouse gas emissions. With other cap-and-trade funds going to projects in more coastal and populated places, Truckee offered the possibility of a rare rural showcase for cap-and-trade in the Sierra.

In all, the town and Holliday cobbled together $30 million for infrastructure, including local and state public funds, the developer’s own money, and private financing.

The plan has been tweaked and updated repeatedly, in response to constant input by residents, many of whom have lived there since before incorporation and feel deeply invested in the project. “People really like to be involved in the decision-making up here,” says Holliday.

Construction is now underway. The operations of the railroad have been relocated, and roads, water and sewers have been put in. Construction on the affordable housing—in the form of artists’ lofts—begins this summer.

“This is the most strongly supported project that I’ve ever seen in this community,” said the longtime town manager Tony Lashbrook, who retired last year.

As it goes forward, the project faces questions that could resonate across the whole state. Can California communities really pull off a modern, high-intensity development next to a historic downtown and make it seamless, adding value to both? Will the mix of affordable and middle-class housing in the project work? How well does cap-and-trade perform as a financing mechanism? And will people really gravitate to more urban housing types in places that don’t meet the usual definition of urban?

Truckee has a good chance of finding positive answers to these questions. The town has produced workforce housing before with little public backlash, in part because such housing has been managed well. It also has the advantage of being a relatively new town that was incorporated precisely so that citizens could have more of a say in land use.

If the project succeeds, it could be a signal moment for California’s mountain communities, as they struggle to keep and attract new generations of residents. When your thin-blooded Angeleno columnist visited freezing Truckee this December, I was struck by the community enthusiasm, including from millennials who moved to Truckee because they like the outdoors and because their employers let them work remotely. “Isn’t it great that we’re in charge and getting what we want?” one local put it.

But others wondered whether people will have second thoughts when they see the four-story affordable housing building—tall for Truckee—go up. More recently, a grocery store that was supposed to be part of the railyard project pulled out after the town council approved a Raley’s outside downtown.

Still, it’s a good bet that the railyard will eventually put Truckee on the map for reasons beyond its tourism and snow.