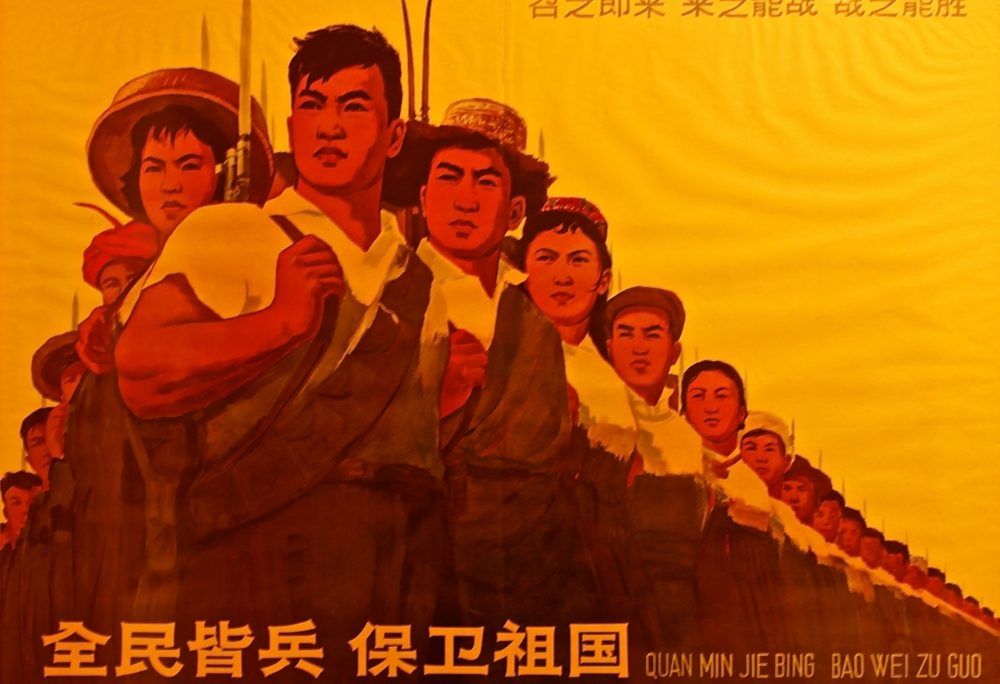 China, an established economic power, will increasingly be a political power as well. Image courtesy of Pedro Ribeiro Simões/Flickr.

The world looks to China and sees an economic giant. But the China we ought to see is a political giant. Xi inherited a regime of pragmatic authoritarianism under collective leadership. Now that pragmatism has been superseded by ideological fervor, Xi’s project is to make his totalitarian “China Dream” of national rejuvenation and greatness a reality. For that he needs a strong and growing economy, but in his project the economic is in the service of the political. What always comes first is the perpetuation of the regime itself.

China is an economic giant, and governments and corporations obviously want to do business. But when you do, you should know that you are dealing with a dictatorship, inspired by nationalistic ideology, with a confident one-man supremo at the helm. By acting as if this kind of state is a cuddly teddy bear of benevolence, Europeans and other democratic governments have not learned much from history. Dictatorships can be soft or hard. China’s dictatorship is getting ever harder. When democratic governments want to engage with China, they should do so in ways that halt the hardening of its dictatorship.

To understand how China’s mission has changed in the last decade, look no further than Xi’s career. Elevated to party boss in 2012, he has since tightened all the reins of dictatorship. Any semblance of opposition has been crushed—even small feminist groups that were organizing protest against sexual harassment on public transport. Their sin was not in their cause, but in the act of organizing outside of the party system. Human rights lawyers have been detained or put out of business en masse. Censorship and internet control are more penetrating than ever. Internally in the Party, discipline is the mantra. All potential opposition has been silenced with the help of the anti-corruption campaign.

Xinjiang, the predominantly Muslim province in the west, has been turned into a surveillance state laboratory, with the deployment of the most advanced electronic tools of the trade. The political activist Yang Maodong was right when, in his trial in 2014, he defied the court with an eloquent defense statement in which he compared today’s China “blow by blow” to the nightmare state of George Orwell’s 1984. But there’s no real need to reach for fiction to describe what’s occurring: With both pragmatism and collective leadership gone, Xi stands on a pedestal of power previously occupied only by Mao.

In keeping with this transformation, China is no longer engaging in balanced collaboration, but rather pursuing domination. It is undermining the rule of law in Hong Kong. It is threatening Taiwan with annexation, and thus taking the position that the will of the people of a democratic country is to count for nothing. It has de facto turned 3 million of the South China Sea’s 3.5 million square kilometers into its own territorial waters, in contravention of international law and a ruling by the Tribunal of the Law of the Sea. Australia and New Zealand are on the forefront of China’s purchase of influence abroad, through persistent interference in politics, media, and universities, described in a recent Australian book as a “silent invasion.”

Beijing may not be imposing its model on others, but it is imposing something else: silence. If you want to collaborate, be you a business, an organization, or a government, you are not allowed to say or do what the men in Beijing regard as unfriendly.

Recently, Mercedes-Benz happened to mention the Dalai Lama in promotional material outside of China, met criticism in China, and quick as a flash removed all reference to His Holiness and apologized for “hurting the feelings” of the people of China.

If you cross the regime, you will be in danger of retribution, such as exclusion from operations in China. Environmental NGOs like Greenpeace, the World Wide Fund for Nature, and Conservation International are silent on China’s environmental destruction in the South China Sea.

We must free ourselves from Western wishful thinking that, with economic growth and opening up, China will become more like us and more benevolent at home and collaboration abroad.

To see how much norms have changed recently, consider what happened when China and Norway “normalized” relations last year. (Relations had been on ice for six years after the Nobel Peace Prize was awarded to the human rights activist Liu Xiaobo.) What Norway had to pay for “normalization” was a promise to undertake no action that could disturb the new harmony between the two governments. Since then, a Norwegian government whose global identity rests on its championship of democracy and human rights, has had not a word to say about human rights abuses in China.

The problem this new China poses for democracies is not the standard one of a shift in world power. Instead, the problem is the character of the rising power—repressive towards its own population and hostile to others’ liberty. A state that has annexed vast territorial waters and is threatening to annex a neighboring democracy is able to use its economic clout to buy silence on the part of countries that claim to live by democratic values and international law.

What to do? First, we must acknowledge that in China we are dealing with a totalitarian state with immense powers behind it. We must free ourselves from Western wishful thinking that, with economic growth and opening up, China will become more like us and more benevolent at home and collaboration abroad. That has not happened. Xi’s regime is exercising totalitarianism with more strategic discretion than any before it—smart totalitarianism, I have called it—but totalitarian it is.

Secondly, the democratic governments of the world need a coherent strategy for meeting the challenge of China. The liberal democracies, says the German sinologist Kai Strittmatter, must find their voice against assertive autocracy. China deals as much as it can with each country on its own, in which case most countries are small fry next to the giant. We need a collective strategy. Currently, the hope, if distant, is for the European Union to mount such a strategy, since President Trump has placed America on the sideline.

This collective strategy should have three components: engagement, affirmation of human rights, and pushback against aggression.

First, democratic institutions should engage with China on all levels, politically, economically, in science, and culturally. Non-engagement is impossible, and engagement gives some strategic leverage. There is not much other countries and outsiders can do to influence Chinese policies, but it does count that when Chinese institutions are pulled into an exchange, they are exposed to the influence of international law and standards of collaboration.

Second, we should speak up in clear language, to Chinese authorities and in public, against repression and breaches of human rights in China. This we should always do with reference to the Chinese State Constitution and to Chinese law, which are in these respects sound (although ineffective).

Third, we should speak up in clear language against Chinese aggression internationally, notably in its neighborhood, and against interference in politics and civil society in other countries. When we do this, we should refer to the many relevant international treaties and conventions that China has signed.

The sad truth is that China is and will remain a dictatorial state and that the democratic world can do nothing to prevent that. Democratization is, for the foreseeable future, not on the agenda. But we do have the capacity to hold the Chinese regime to account. The leaders are sensitive to how others criticize their regime. It is effective to stand up to the Chinese leadership with words. By holding the regime to account, we can halt or slow Xi’s transition of the regime towards irreversible hardness. We can encourage the preservation of an element of pragmatism in the PRC dictatorship.

That may not seem like much but it matters to the many in China who live in fear of repression and to activists who engage in the struggle for some more openness in Chinese society.