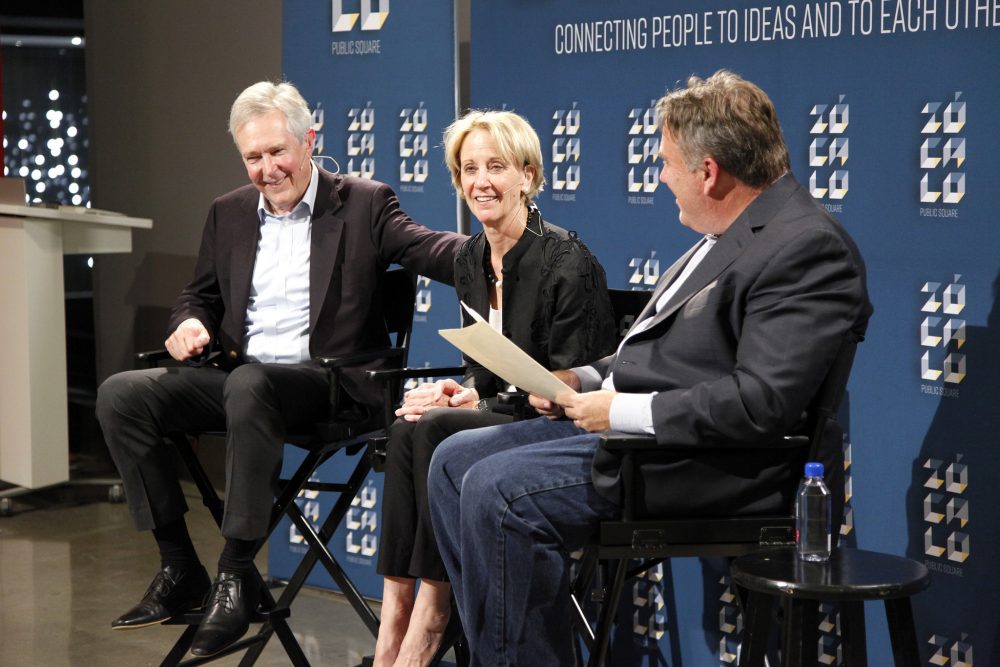 The mass-media storyline is that America is a country split between prosperous liberal coastal elites and struggling, resentful conservative heartlanders, spewing vitriol at each other across an unbridgeable partisan gulf.

But don’t tell that to James Fallows and Deborah Fallows. In their just-published book, Our Towns: A 100,000-Mile Journey into the Heart of America, the couple lay out a road map of a much more complex, contradictory, and hopeful nation, where residents of a number of small towns and mid-size cities are working together to solve civic problems and improve their quality of life—and whether you voted for Donald or Hillary matters less than you might think.

Before a packed audience at The RedZone at Gensler in downtown Los Angeles, the couple shared some of their stories about this largely overlooked America in a Zócalo Public Square event titled “Are Small Towns Reinventing America?”

The couple conducted their research by traveling from place-to-place in a Cirrus SR22 single-engine prop plane. Their aerial odyssey led them to a new understanding of what the Washington and New York punditry patronizingly call “Flyover Country.”

As the couple told moderator Joe Mathews, Zócalo’s California and Innovation Editor, what they found in places like Columbus, Ohio, Duluth, Minnesota, and Greenville, South Carolina, often astonished them. There was a strong “gee whiz factor,” Deborah said, whenever they’d come upon a beautiful new riverwalk, a pop-up park, a compact but thriving downtown, or an aging factory building that had been retrofitted and repurposed to attract ambitious startups.

They marveled to find a Georgia community where local businesses were partnering with the school district to help high schoolers get vocational training that would lead to good jobs in welding or robotics repair. They encountered a Central Oregon community college that was fulfilling the de facto role of a prestigious research university: In an area where a blue jeans factory and a company that manufactured toilet seat covers had taken a dive, the college was allowing workers to acquire high-level skills suitable for employment at one of America’s most modern steel factories and at a helicopter factory.

“The poorer the place we went, the more ambitious and creative was their community college,” James said.

And they noted how many people they met and interviewed had no desire to pack up and move to, say, Los Angeles, Seattle, San Francisco, or some other booming megalopolis, for the privilege of paying $7 for a cup of coffee and commuting two hours to work. Significant numbers of Americans, it seems, are improving their fortunes by “reverse migrating” out of pricey hipster-villes, and starting their own micro-brewery pubs and farm-to-table diners on the shores of Lake Champlain and the coast north of Jacksonville.

“We were really struck by the number of people who thought things overall were better in Duluth and Columbus and Burlington and Sioux Falls,” James said.

One of the most common positive refrains the couple heard on their travels was, “This is a big small town” (or, “This is a small big town”)—in other words, a place where locals saw opportunity for themselves and anyone who might decide to make it their next home. “You could get traction and make things happen in a big small town,” Deborah said by way of summing up the prideful attitude of locals.

Both Fallowses have blue-chip writerly credentials. James has been a national correspondent for The Atlantic for more than three decades, filing stories from China, Japan, Southeast Asia, Europe, and across the United States. In his younger days he served as President Jimmy Carter’s chief speechwriter.

Deborah is a linguist and writer whose work has appeared in National Geographic, Slate, and The New York Times, among other publications. She is the author of Dreaming in Chinese: Mandarin Lessons in Life, Love, and Language.

The couple also brought solid Middle American small-town credentials to their endeavor. She hails from Vermilion, Ohio (pop. 10,409). He was raised in Redlands, California (pop. 71,000), just a short rumble eastward down Interstate 10 from San Bernardino.

Some of the small-town and small-city phenomena they described could’ve been lifted straight from the pages of a Jane Jacobs classic about the first principles of what makes a big city work. A good mix of residential, commercial, and public space, for starters. People of different ages and incomes mixing and mingling on the streets. “It’s that sense of having the opportunity of being able to run into, and have contact with, and see face-to-face the people living in your town,” Deborah said.

Several towns didn’t live up (or down) to their bad reputations. In Allentown, Pennsylvania—which was saddled with the image of a blue-collar pit of despair by a Billy Joel tune written during the Reagan recession—they found an innovative community where a tech entrepreneur whose dad worked for Mack trucks was luring workers back downtown.

In Holland, Michigan, on Lake Michigan’s eastern shore, they met an industrialist who had put up his own money to use a wastewater-fed pipe system to melt the mountains of snow that pile up on Holland’s streets and sidewalks in winter. That industrialist, moderator Mathews pointed out, is none other than the father of Betsy DeVos, President Trump’s Secretary of Education.

But those types of national political affiliations often mean relatively little at the level of local politics, the couple said, where results matter more than rhetoric. They never asked the people they met who they supported in national politics. “The idea of a seething cauldron of hatred is not what we’re describing,” James said.

As a trained linguist, Deborah also took note of homespun regional locutions. In St. Louis, people ask where you went to high school. In New Orleans they want to know, “Who’s your mama?” In cities full of transplants, like Seattle, they’ll demand, “Where are you really from?”

In recent years, publishing houses have been awash in gloomy titles asking what’s the matter with Kansas, or elegizing hillbillies, or pronouncing last rites for American democracy. The couple acknowledged that they found many troubling things as they crisscrossed the continent: an opioid epidemic, massive economic inequality, abandoned hamlets scattered across the Great Plains.

But they also found an America where it’s still possible for people to work together, miles away from the maelstrom of Washington.

“I think the idea of the Hieronymus Bosch hellscape of non-coastal America is partly driven by people who have fanned out and asked the most destructive questions” about the nation’s prospects, James concluded. “But if you ask them about their lives, the picture is more hopeful.” 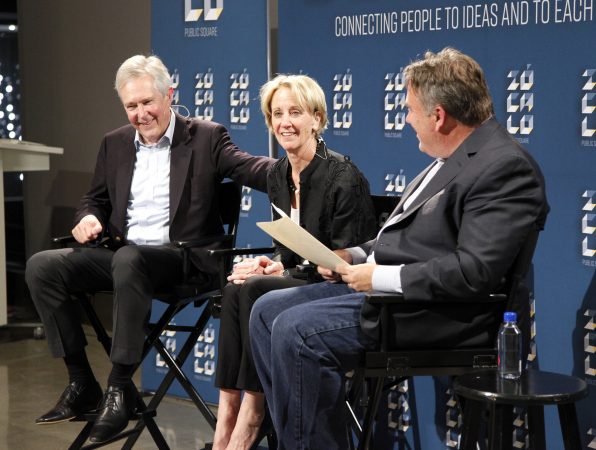 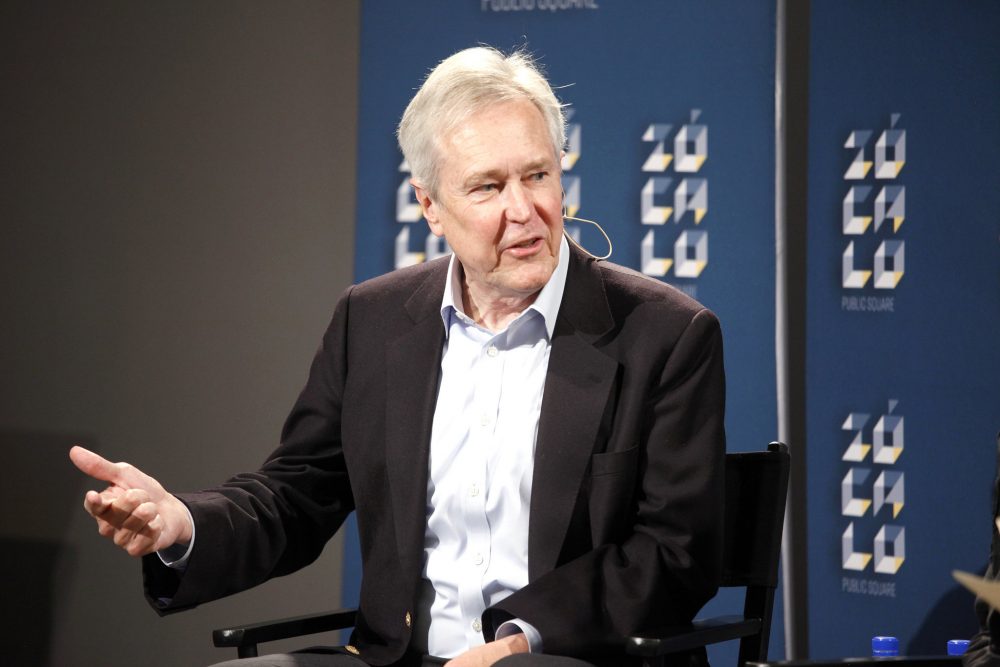 James Fallows, co-author of Our Towns: A 100,000-Mile Journey into the Heart of America. 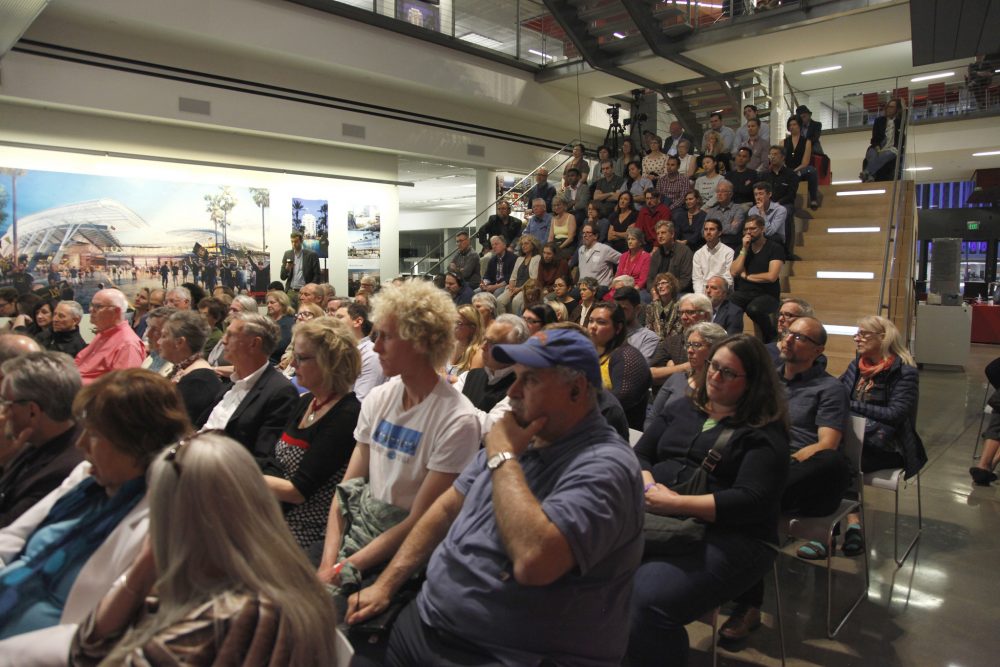 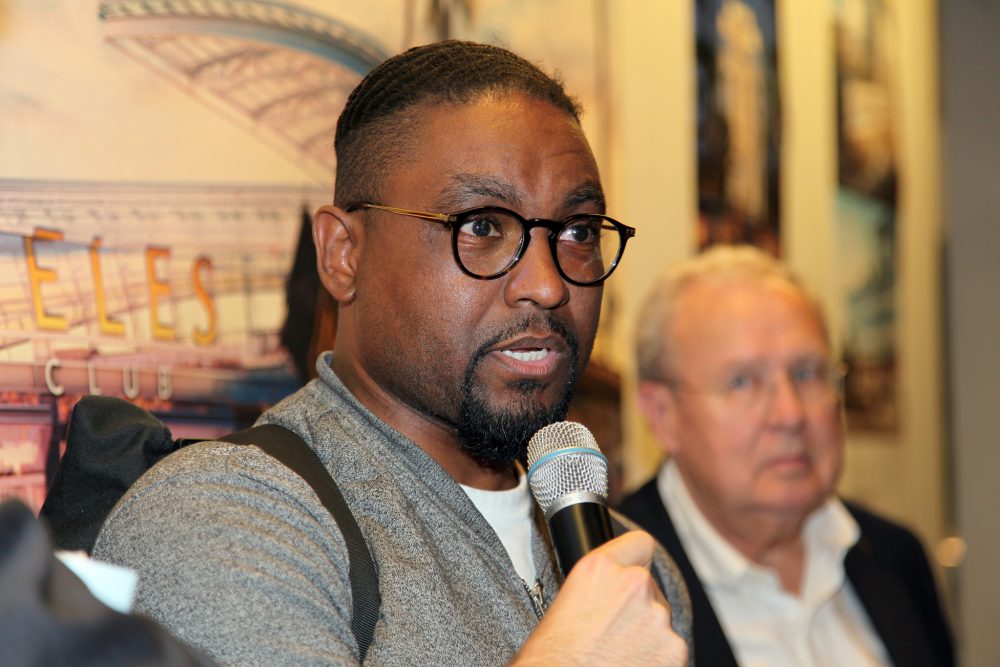 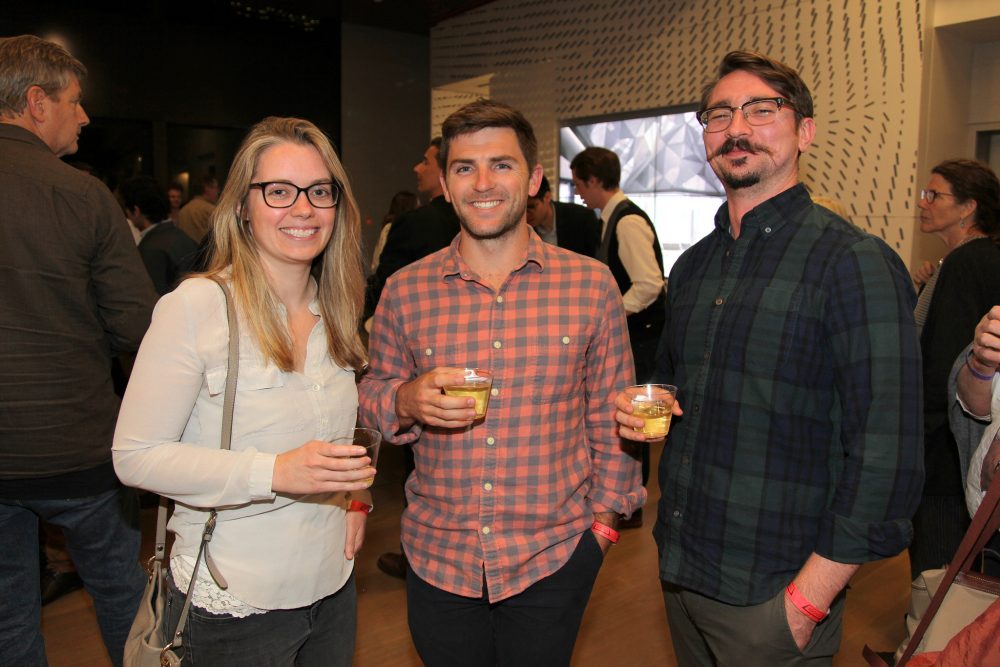 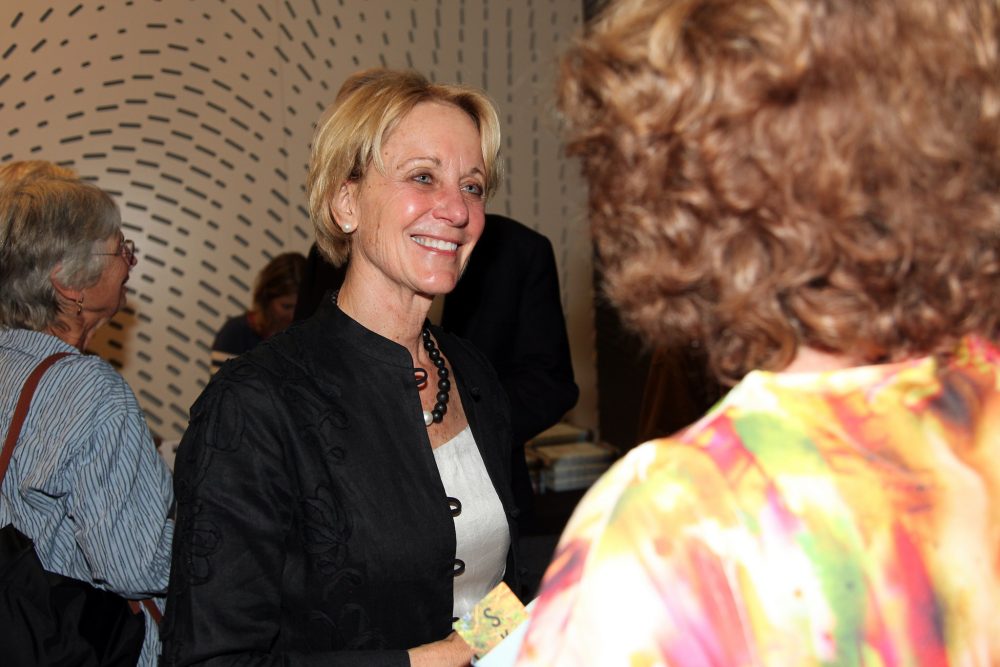 Deborah Fallows, co-author of Our Towns: A 100,000-Mile Journey into the Heart of America, speaks with guests at the reception.