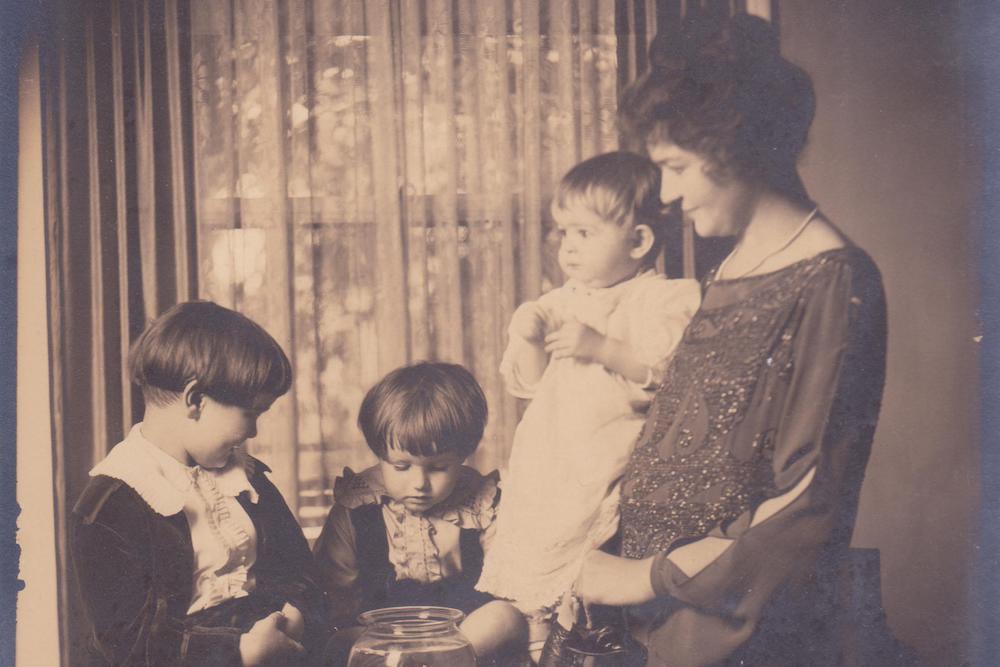 I recently Googled my grandmother’s name. I wanted to know the date she died, so I could better place a childhood memory. In the 21st century, embarrassingly, the internet has become the family Bible. The first hit was a link to my own book, a history of Southern motherhood. I had dedicated the book, in part, to her. My stomach gave a funny flip. I had gone looking for my grandmother and found myself—and yet my own writing was resurrecting her. This is an ouroboros of women’s history. We search for our mothers in the past and find only mirrors.

Women are notoriously hard to find in American archives. Their names keep getting folded under. You have to trace fathers and husbands to triangulate an identity. Names float down the generations on rafts of privilege: whiteness helps, as does wealth, and maleness makes everything simpler. A George Washington is a George Washington eternal. (His wife Martha was a Dandridge, then a Custis, then a Washington.) I am white, and my mother’s ancestors were of the class that kept others in bondage. Even with all their record-keeping, I can see only eight generations down the female line: Elise, Elise, Elise, Ellen, Elizabeth, Elizabeth, Mary, Ann, and then a woman identified as “Unknown.” Unknown couldn’t legally own property, and had nothing to pass down except the intangibles of her voice, her scent, whatever knowledge she possessed, and, perhaps, her first name. Maybe she was named Ann too.

Though trained as a historian, I am now a novelist, a sequence of careers that anyone who knew me years ago could have predicted. The fictions I wrote as a youth were nearly suffocated with names. I was a budding genealogist, a self-historian, and was entranced by naming—that defining impulse that led me also to fill my mother’s grade books with made-up students. But naming is nurturing too; I wanted to rope my characters into a web of relation. When I was 12 or 13, I learned about Lydia, an ancestor on a different branch of the family who would have been about my age during the Revolutionary War. The story I started writing about her got sidetracked by a detailed map I made of her 45 cousins, but what narrative I spun was marked by my obsessions:

Father used to call me Lyd-John. It was a little joke of ours—I was the boy born with a silly girl’s name. I never used to consider myself bound by all the rules of maidenhood; the etiquette, the dress, the eating habits (Father says I eat like a horse), but as I grow up and across and sideways, I find myself uncomfortably slipping into propriety. I fear I’ve been around Mother too much.

Perhaps my fear was invisibility: not being remarked, recorded, remembered. Another of my early American grandmothers was named Desire—who could forget that? One of her grandmothers shows up on our family tree as Wife #1. Beyond that, unknowns.

As women took the names of their men, so too were many enslaved people stuck with the names of those who claimed to own them. In writing my history book, I learned of a Southern family that had maintained better records than my own. The white Jerdones of Louisa County, Virginia, kept an “age book” documenting the births and deaths of the black Jerdones—it ended in April 1865, though white Jerdones as late as the 1930s remembered “negroes coming to us to learn ‘how old I is, please!’” Each newborn was listed with a name, birth date, and the name of the child’s mother. No fathers at all, because the state of enslavement, since the Virginia Slave Law of 1662, was dependent on the condition of the mother. White men could gift their names to white descendants, erasing the heritable influence of white women, and simultaneously—conveniently—absent themselves from black lineages, converting their own forced offspring into property. But from the Jerdones’ list we can pry African-American families: Beck, for instance, who in 1768 had Nanny, who in 1784 had Violet, who in 1800 had Chloe. Does Chloe have descendants today who don’t know they belong to her? 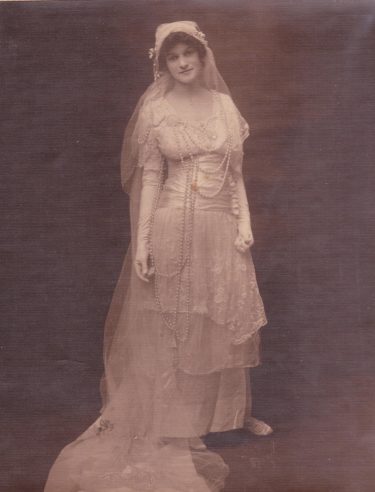 As the names of black babies were being recorded by a white hand, a white Jerdone (Sarah) was taken from home by her husband. Her letters to her mother (also Sarah) are one-note: “I cant help regretting that I could not spend a few more days with my ever Dear Mother before I left you Dearst and best of Mothers. Of all the tryalls that ever Crossed me that of parting from my Dear mother has been the hardest.” When the elder Sarah died in 1818, the 37 enslaved people she counted as her personal property were sold, at least five of them mothers with young children. Thirty-seven bodies amounted to $18,535 (about $350,000 today), money which went—where? To Sarah’s one surviving son, most likely: Francis, named after his father.

Stories can live on without names, though they’re harder to find, harder to push to the front of others’ imaginations.

How do you search for a woman in the archives if her name is only Sarah? For many African Americans—whose racial identity was determined by legal status, whose legal status derived from the mother—genealogies break off mid-tree. Even in white lineages, women dangle tenuously, like leaves. How to find a simple “Sarah” in America? Sarah who raised you, who washed you, who maybe taught you letters, and how to hide, and what parts of religion to trust? To hunt for our mothers’ names in the past is to pull back the heavy curtains of property—both being propertied and being property. Names denote possession. I’m a descendant of the South Carolina Clinkscales. So too is Jimmy Carter; so too is a black woman who checked me in at a conference several years ago. I recently saw a Clinkscales pop up in the credits of I, Tonya, and I later looked him up: a young black man from Georgia. We might be kin; we might just share a white man’s name.

Naming alone doesn’t create history, as I learned in my early attempts at historical fiction. Stories can live on without names, though they’re harder to find, harder to push to the front of others’ imaginations. So I call out the dead Sarahs when I find them, I ask the living Elises for their memories. I clutch my ancestors’ objects, which I know I’m lucky to claim. I have my great-great-great-grandmother’s fork, my great-great-grandmother’s ring, my great-grandmother’s sewing table, my grandmother’s small pink compact, the powder within still smelling strongly of her. A fork, a ring, a table, a mirror. This is the moral of naming, that what has a label is remembered. If we in turn label the unknowns, will the ghosts of our mothers begin to rise?