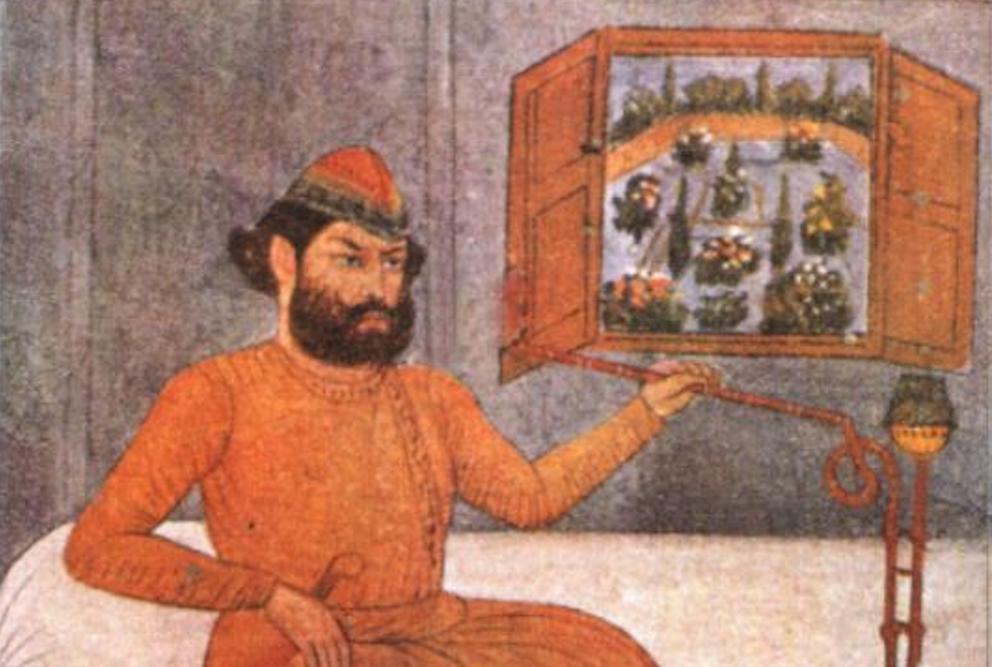 Mir Taqi Mir (1723–1810) was the leading Urdu poet of the 18th century in the courts of the Mughal Empire and Nawabs of Awadh. Courtesy of Wikimedia Commons.

Bundled up in layers of sweaters, I am reciting from an Urdu newspaper as I sit astride my neighbor’s pet goat. I am certain that the sequence of words or their relationships to each other made no sense to me. But my prowess in reading individual words made the exercise as meaningful and empowering as the ability to ride the goat.

That pride, perhaps, explained my ecumenical approach to reading texts in my native language. Possessed by the joy of recognizing words, I did not pass judgment as to the nature of the content, but devoured everything, from my grandfather’s homeopathy manuals to legal documents and exercise guides for warding off old age. A devoted reader does not discriminate between one arrangement of words and another, or between words and numbers. For someone in my situation, Anna Karenina and the railway timetable were one.

As I grew up and moved to Karachi and then Toronto, however, the order and meaning of words took on agonizing importance. I made language my career, becoming a novelist and translator of Urdu classics.

Expanding on the latter role, I eventually developed programs to reintroduce Urdu literature into schools in Pakistan and teach children the vocabulary necessary to understand them. Along the way, I would compile the Urdu language’s first online thesaurus. Oddly enough, it was not the early experience reading astride a goat that shaped my approach in working with children, but a more unfortunate early memory that served as a cautionary tale.

Though I had fallen in love with reading in Urdu at a young age, the experience of learning to read English not long after was radically different. My father’s Chambers Dictionary, bound in red cloth and writ in small print, was my gateway to learning the language. A 19th-century volume often used by crossword puzzle solvers, it represented all the metaphysical terrors the universe held for my seven-year-old, only partially English-literate self. It was not the fear of English letters: I could read them one at a time and had rudimentary grammar. It was the dependence I felt on this heavy, unwieldy book in order to read anything else.

While a dictionary masquerades as a book, it is most certainly not a book, nor can you read it. A dictionary is, in reality, an occult guide that remains unintelligible read in its entirety, and the perplexed may only extract succor from it one word at a time. If you were an unfortunate child who had to consult a dictionary to read story books, you would go sour on life early in your career. I had almost gotten there by the age of seven.

One day I cried in frustration sitting with the Chambers. On that fateful day, I closed it for good. Had someone told me then that I would someday be gleefully dragging around dictionaries to assemble a lexicon of my own, I would not have believed it. As a child, I saw the dictionary as a nasty piece of work, and its making an enterprise suited to a villain. 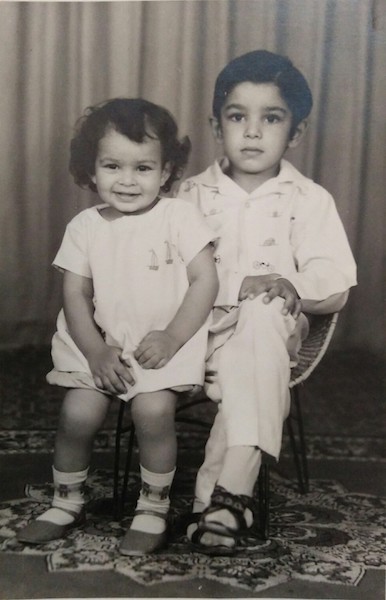 An arduous, lonely journey followed my closing that door. Every few words I got stuck, but I kept reading, sacrificing the pleasure of comprehending words for the joy of reading them. When I encountered an unintelligible word, I moved on but made a note of it. Thereafter, each time that I saw that word again, the context would unravel the word’s definition a little more, and my mind would tag all possible meanings together, slowly clarifying the word. Ultimately, I encountered all, or most, possible contexts in which a particular word was used, and a cluster formed of the many shades of meaning inherent in it. Before long, I realized I was reading and comprehending what I read. I had bypassed Chambers.

As an adult, my work as a translator of classical Urdu literature led me to realize several things about Urdu language and its literature. The Urdu classical narrative genres of the qissa and dastan—typically adventure tales and epic fantasies—offer some of the finest stories in world literature. But I understood that until a number of these works were translated into other languages, they would not be fully appreciated. Yet these works could not be translated on any large scale until they were first reintroduced and widely read within their culture.

Because of the lack of attention shown to them by critics in the last century, their reintroduction to Urdu readers required a transformation from existing lithoprint editions to typeset, annotated ones, as well as a reading program to teach them in schools. It became apparent, however, that neither translations nor modern annotated editions could be made without a single, handy, comprehensive language reference tool.

These realizations slowly came to me over the course of seven years spent translating Dastan-e Amir Hamza (The Adventures of Amir Hamza) for the Modern Library Classics series. While transforming Urdu’s best-known story into English, I daily lugged around five or six fat dictionaries to consult for my translation, commuting to and from work on public transit in Toronto and working during meal breaks in fast food kitchens.

My aching back begged for a solution, which soon came to me. If entries from hundreds of Urdu dictionaries—published during the blossoming of Urdu lexicography in the 19th and early 20th centuries—could be gathered into one electronic resource, no reader, translator, or scholar of Urdu classics would ever have to carry anything heavier than a cellphone. Upon returning to Pakistan in 2009, I began collecting all the Urdu dictionaries I could find from used book dealers and steadily built up a large collection.

My father’s Chambers Dictionary, bound in red cloth and writ in small print, was my gateway to learning the language. It represented all the metaphysical terrors the universe held for my seven-year-old, only partially English-literate self.

Having learned English via a rather joyless process, I knew that a reading program should be simpler and more fun. Urdu stories—qissas, dastans, and folktales I had studied—would form the content of the program. But they would need to be integrated into a learning process that allowed children to quickly build vocabulary and feel a sense of progress. One way to do this was to embrace synonyms, familiarizing children’s ears with the context in which the new words were used. Later, the same passages and the new words would form part of an online synonyms quiz.

But such a program would need an online Urdu thesaurus. None existed.

So I found myself creating a second reference work. Compiling a thesaurus sounds like a more complex undertaking than compiling a dictionary, but, logistically, the opposite is true. A program for a digital thesaurus requires just a couple of grammatical fields to group the similar and distinct meanings for each word. Then you just pile in the synonyms and antonyms for each entry.

Over the next few years, I organized synonyms from different dictionaries in separate spreadsheets and had them proofread. Once the data was merged, duplications in fields were removed. Lastly, I organized the synonym entries in alphabetical order. Five years later, the data was in a form that could be shared via an online database.

All the work had been done with my own resources. When I got stuck at the stage of software architecture and development, computer scientist Awais Athar offered his help. After undergoing almost a year of testing, the first online Urdu Thesaurus (still in beta) and its android app were launched on July 16, 2016.

For now, the online thesaurus displays 50 percent of the data I collected and still requires a more detailed classification of synonyms, standardized spelling, the insertion of accents and other marks, identification of antonyms, and integration with a dictionary to improve search and filtering features. Several proofreading rounds must follow. But this thesaurus is already a powerful resource, indispensable for a translator. Google Analytics shows it is being used in 124 countries, marking the current extent of Urdu language readership.

I launched the pilot of the Urdu literature reading program known as Storykit in September 2017 in two branches of the Lahore Grammar School in Pakistan. By 2020, the children will read picture books, chapter books, and fully annotated original editions of selected texts, respectively during their primary, middle, and secondary school years. Currently, more than 1,500 students are enrolled in the primary program.

When children learn idioms in middle school, proverbs in secondary school, and conceptual proverbs in their undergraduate years, some eventually will want a Dictionary of Urdu Idioms, and a Dictionary of Urdu Proverbs. But they won’t have to carry one, or even see a dictionary, to be able to read books. Like the Urdu Thesaurus, these tools can be made available online, and integrated into instruction.

I have a conceptual diagram of how all of these reference tools will be linked together, and a dream of creating the most sophisticated word machine of any language. In it, children would learn from a literature reading program, and within a generation become readers, writers, and translators of the Urdu language.