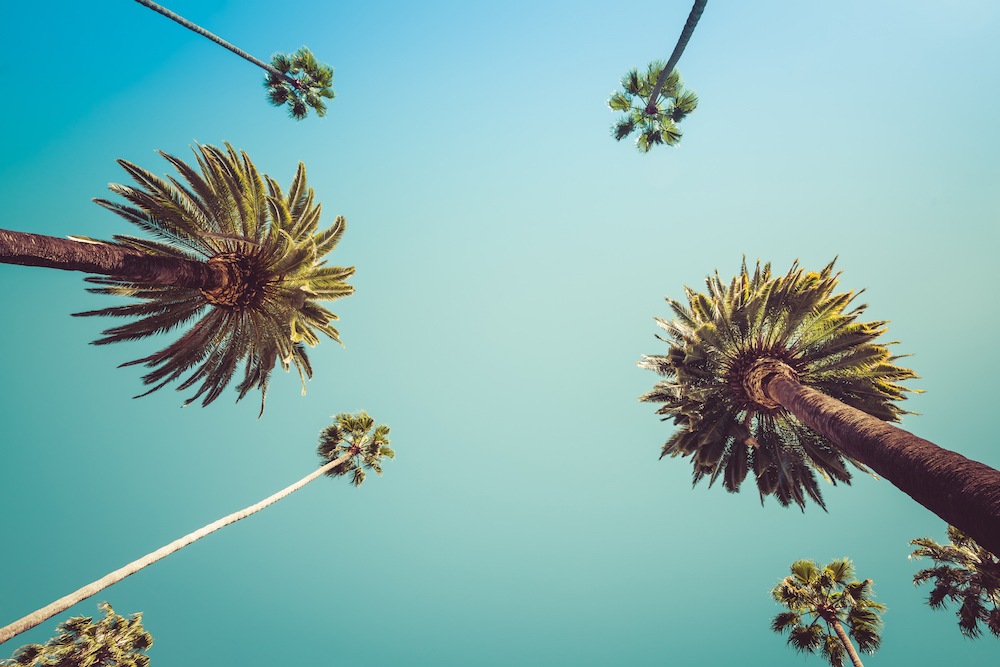 Trees have been pushed around by humans. It’s time they stood up for themselves. Courtesy of Shutterstock.

When are you going to stand up and take some responsibility for all the damage you do to this state?

It’s not only the blue-purple blossoms that you jacarandas use to stain Californians’ cars, or the colonies of disease-carrying rats that you palms harbor, or even the roots you magnolias use to keep messing up the sidewalks on my street. It’s not even that your out-of-control-fires foul California’s air, destroy homes, and drain the state budget.

No, what most upsets me is that, instead of being accountable for the trouble you cause, you leave us humans to solve all your problems. You trees are more aloof than any Hollywood star. Do you think the Lorax from Dr. Seuss is going to show up to speak for you? Or do you think you’re magical heroes, like the trees from The Lord of the Rings?

The only reason you get away with this irresponsibility is your millions of human apologists, who constantly shift blame away from you flora and onto us fauna.

We are told that the stuff you trees do is really the fault of environmentalists who make it hard to cull you, or loggers who cut down too many of you, or utilities who don’t keep you guys away from their power lines, or government agencies who don’t properly manage you, or rural homeowners who insist on living among you in the wilderness, or even the homeless who seek shelter among you.

Your defenders even rail against human overpopulation! That’s pretty rich when you recognize the reality: This state is much more yours than it is ours. There are 4 billion live trees in California—100 times more than the mere 40 million people who live under your rule. And you dominate geographically, with forests covering one-third of the state’s land mass.

Now, to your credit, you in the forestlands pull your weight in some ways: You provide opportunities for recreation and contemplation. You store carbon, helping limit climate change. And a big shout-out to you trees in the Sierra: You collect and store the snowpack that California humans depend on for water and, while you’re at it, you filter pollutants out of runoff and reduce erosion that would send sediments into our streams.

But, lately, trees, your job performance has been slipping.

Why? It starts with your total failure to plan for self-defense, a lack of foresight that looks like some combination of laziness and grift, as you profited from the good nature of humans while shortchanging us in the process.

You exploited our fire suppression policies in order to grow far too great in number. And while humans did you the favors of reducing our birth rate and limiting development (not to mention giving up newspapers), you grew everywhere, creating forests with 10 times more trees per acre than a century ago. And while that might have been OK if you’d produced the grand and majestic trees that you once did, instead you gave us small, flimsy imposters. (Many of you are also non-natives—unauthorized immigrants—but let’s not get too much into that here, lest ICE try to deport you.)

Today’s overcrowded forests are more vulnerable to drought and diseases. Exhibit A is the drought and the infestation of bark beetles that caused an estimated 129 million California trees to die between 2010 and 2017.

And did you responsibly clean up your dead? No. Instead, deceased trees fell onto buildings, roads, and power lines, while littering the forests and fueling apocalyptic fires that burned for months. To take just one example, 2017’s Wine Country fires killed 22 people and caused $8 billion in damage and destruction—more than the state’s annual investment in the University of California—torching 14,000 homes, 4,000 commercial buildings, and 3,200 cars.

Such fires extinguished much of the goodwill you built with your environmental work. After all, mega-fires have badly lowered air and water quality you trees are supposed to protect, while emitting carbon you’re supposed to store.

The truth is that California’s tree problems may have become too big for humans.

To reverse these trends, your forests must be thinned, with smaller or diseased trees removed so that larger healthy trees survive. This is hard and costly work because you trees tend to die in inaccessible places. But do you help us humans with massive and money-losing thinning projects across such huge swaths of California? Do you tax yourselves to cover the costs of making the forests healthy? No, just like California’s human taxpayers, you seem to think that someone else will pay to manage and restore the forests.

Your lack of leadership on tree issues has created a void that has been filled by polarized human politics. It’s sad. Once, you trees—especially the great coastal redwoods and the signature sequoias like General Sherman—were great unifiers. But today you just fuel the partisan fires.

When Governor Brown proposed regulatory changes to speed up forest thinning, he got mostly grief. Environmental groups said thinning would just ease logging practices that harm forests, and argued that wildfires are more the fault of grasslands and that dastardly chaparral than of you trees. At the same time, logging-minded folks and homeowners in the North State suggested they needed more freedom from environmental regulation to cull the forest. That descended into all kinds of other arguments, including how responsible utilities should be for wildfires that stem from their power lines.

Meanwhile, you trees, in failing to address your own problems, even gave an opening to the political arsonist in the White House, who blamed environmental lawsuits for not getting rid of more fire-prone trees. This was dishonest scapegoating, since most of our tree problems are on federal lands that his government fails to manage adequately.

Reflexively, humans blame themselves and not you for such problems. I’ve seen some commentary about state agencies not moving fast enough to address tree problems. But that’s not true. Years ago, Governor Brown saw this problem emerging and convened a Tree Mortality Task Force that comprised state agencies, local governments, scholars, utilities, emergency services, and pretty much every stakeholder in our forests except you trees.

Without the task force’s work on maintenance and dead tree removal, the tree situation in California would undoubtedly be worse. It might have helped if you trees had demanded a much greater budget allocation for the tree crisis, but you preferred to remain quiet.

You can’t play shy anymore. The truth is that California’s tree problems may have become too big for humans. For us to help you, we’d have to come together as never before to engage in long-term collaborations to restore our massive forestlands, to find significant new funds for managing forests, and to embrace very different systems for fire prevention and land preservation. That kind of thoughtful, far-sighted governance has been impossible for California even when it comes to housing ourselves or educating our children, so it’s unlikely we’ll get our act together to save you trees.

Which is why, California trees, it’s time for you to face the same reality that confronts every interest group. If you want to solve your problems in this state, you trees will have to do the work yourselves.