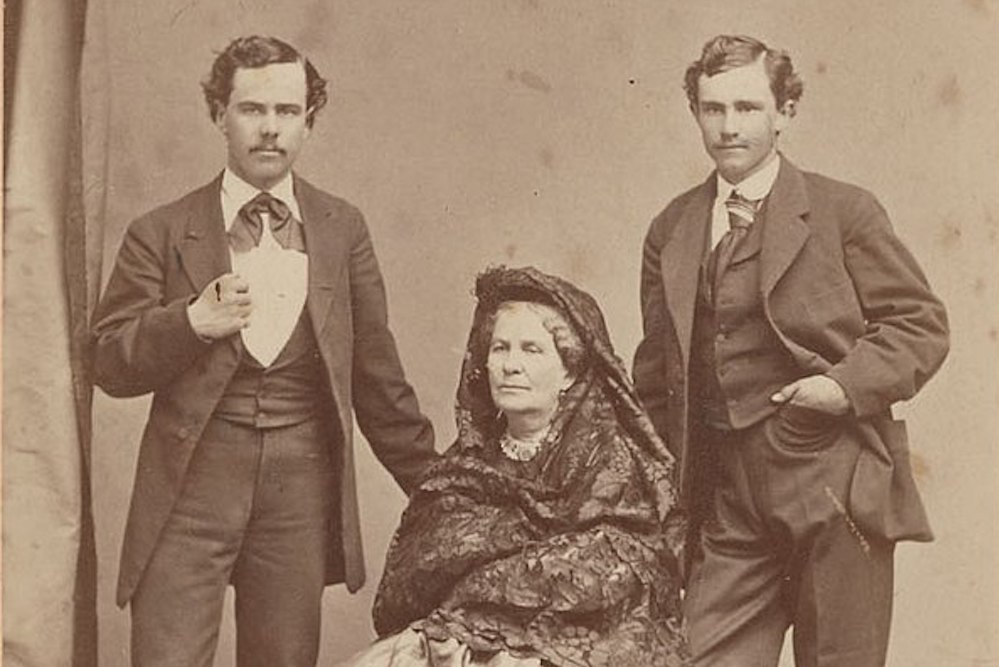 Doña Angustias de la Guerra (1815-1890) deeply influenced the California constitutional convention in 1849, without actually attending. She is pictured here in a photograph believed to be from 1885. Courtesy of of Wikimedia Commons.

In 1849, Angustias de la Guerra struck the first blow for gender equality in U.S.-controlled California when she influenced the outcome of the new state’s constitutional convention.

Doña Angustias, as she was best known, scion of one of the most influential families in Mexican California, made full use of her education and elite experience to combat an attempt by immigrant Anglo men to strip women of the property rights they enjoyed under Mexican rule. And yet, her successes came with a price: Even as she worked to secure women’s equality in a new California, her fellow Californios bargained away the rights of the state’s non-white working-class populations.

Maria de las Angustias Josefa Antonia Bernabé de la Guerra was born into the first family of Santa Barbara in 1815. Her parents, Don José de la Guerra y Noriega and Doña Maria Antonia Carrillo, were the wealthiest and most prominent citizens of a town that had already, by that early date, achieved the air of exclusivity that would someday draw Oprah Winfrey to the “American Riviera.” At age 18, Angustias married Manuel Jimeno Casarín, whose meteoric political career would include terms as a legislator, secretary of state, and acting governor. Thus, for the first 30 years of her life, de la Guerra moved within the most rarefied social circles of Mexican California.

California women like Angustias, reared in elite households, were taught to do their part in maintaining the local oligarchy. They were expected to engage in sparkling conversation, display a keen fashion sense, and move with poise and grace at community events and in everyday life.

But the education of young women like Angustias included subjects not often found in the curricula of their elite sisters in London, Madrid, or New York. The power of Mexican California’s oligarchic elite depended on their monopolization of local land, upon which grazed the cattle whose harvested hides connected California to the world economy. These economic realities required women like Angustias to be trained in the particulars of managing large-scale cattle-raising operations – from balancing books, to supervising employees, to occasionally roping a steer. By all accounts, Angustias proved an apt pupil in both the genteel and rugged arts.

But the social role of elite California women was based upon something more tangible than their skill set. If California’s great landed estates were to be kept intact and under the control of a small circle of elites, then women had to be afforded robust property rights. Should their husbands die before them (a common event in frontier California), elite women had to inherit full legal ownership of their large land holdings.

The status of elite women came under attack, however, when the United States seized California as spoils of the war between the United States and Mexico in 1846-48. A year later, when the Gold Rush flooded the territory with sufficient population to support application for U.S. statehood, a constitutional convention was called in Angustias’s then-home city of Monterey. Many of the convention’s immigrant Anglo delegates hailed from U.S. states where women did not then enjoy full property rights. In seeking to bring such policies to California, they would encounter, in Angustias, an unexpectedly formidable opponent.

As elsewhere, women could not vote in Mexican California, nor could they hold elected or appointed governmental positions. But Angustias, like other elite California women, contributed to the political shaping of her native land, nonetheless. Throughout her husband’s political career, Angustias acted as his unofficial secretary, trusted with even the most delicate of documents. She also took charge of his social arrangements, frequently hosting parties for foreign diplomats.

As the patriotic daughter and wife of prominent Mexican officials, Angustias deeply resented the conquest of California by U.S. forces. But her shrewd political sense kept her from declaring publicly for one side or the other. When California was ceded to the United States in 1848, she buried her bitter feelings and actively pursued political alliances with the leaders of the U.S. military occupation. Those friendships would shortly pay off, when the delegates of California’s constitutional convention met in fall 1849 to draft the legal and political framework of what would soon become the newest U.S. state. 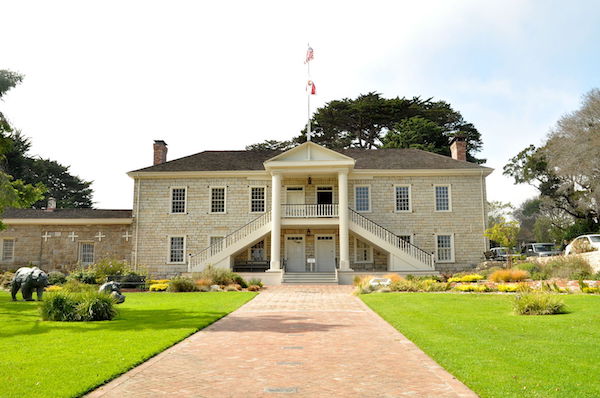 The adobe Angustias shared with her husband was prominently situated in Monterey, just steps from Colton Hall, where the convention gathered. Angustias offered the use of her house to her brother Pablo de la Guerra, a prominent delegate, and in so doing made it the home base of the Californio contingent of the convention. She immediately began hosting dinners, dances, and other social events, making sure to invite prominent Anglo delegates.

It is through these moments of social diplomacy, much remarked upon by participants, that de la Guerra exercised power. Growing up with prominent parents, young Angustias had learned the political value of a good party. Music, dancing, dining, polite conversation, and the prominent attendance of eligible elite heiresses were all much-noted hallmarks of Angustias’s gatherings.

Those parties made her one of the convention’s big winners. For the oligarchic elite of what had been Mexican California, two of the most critical subjects at the convention were those of taxation and women’s property rights. Both issues were ultimately decided in favor of the landed oligarchs, ensuring their continued influence in a U.S. California.

No evidence explicitly links the outcomes of votes on those issues to the social events at the de la Guerra-Jimeno adobe. No delegate wrote of how his decision was swayed by the lovely evenings at Doña Angustias’s home. And yet, years later, after Angustias’s death, Rebeca de la Guerra Ord discovered among her mother’s effects a pen used to sign the 1849 Constitution, a gift of the delegates to their gracious host.

As effective as de la Guerra proved at combatting Anglo misogyny, neither she nor her fellow Californios could fully anticipate the depth of Anglo racism. Californio delegates to the convention, most famously Angustias’s brother Pablo, argued passionately for the continuation of voting rights for Native Californians, many of whom depended upon elite Californios for their livelihoods. Anglo representatives, particularly those who had recently arrived from the east, opposed motions for such voting rights, and wouldn’t even consider voting rights for Californians of African heritage.

In the face of Anglo intransigence, Pablo de la Guerra and his compatriots cut a deal with the devil that would have long-standing effects: In exchange for recognition of their landed power and a temporary tabling of the issue of Native rights, Californio delegates agreed to the disenfranchisement of any Californian of African heritage. When subsequent legislatures foreclosed Native voting rights, all non-white working-class Californians were barred from participation in the civic life of the new U.S. state.