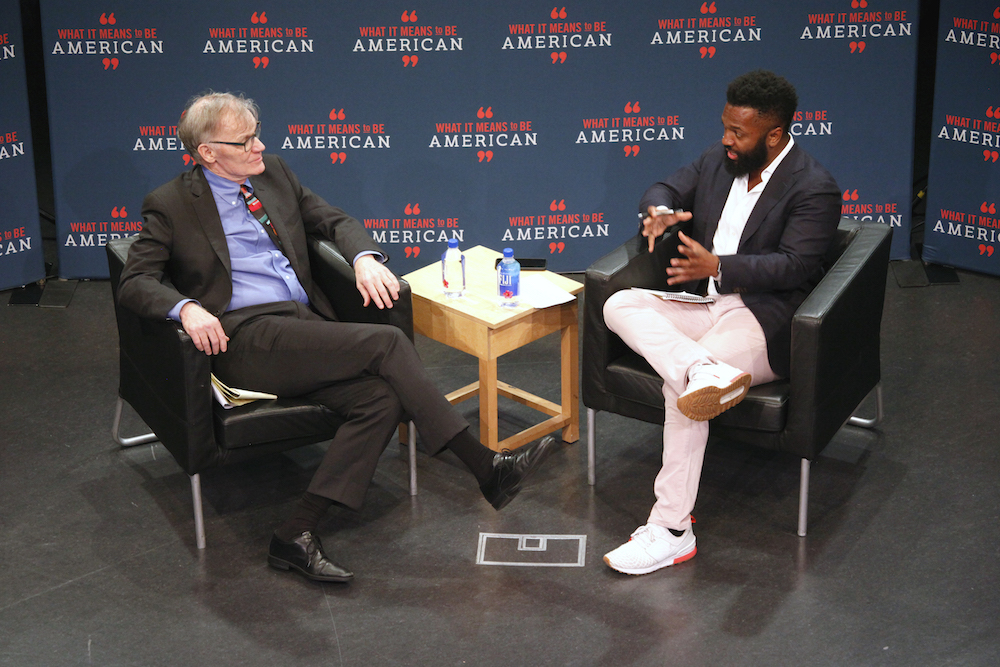 From his youth, as a slave growing up in antebellum Maryland, Frederick Douglass saw the double-ness of American life. He recognized the gulf between the nation’s enlightened principles and its racist policies, the fissure between the noble rhetoric of its white ruling class and the violence with which that same class bound African Americans in captivity.

And through the lenses of his formidable intellect and his flammable oratory, Douglass later would confront his own double-ness—his simultaneous love for, and rage at, the United States.

A packed audience at the National Center for the Preservation of Democracy in downtown Los Angeles wrestled with some of those same contradictions, set to the rhythms of a free-flowing conversation between Yale historian and Douglass biographer David Blight and cultural critic, comedian, and author Baratunde Thurston, who moderated.

The dialogue, titled “What Does the Life of Frederick Douglass Tell Us About America?” was a Smithsonian/ASU “What It Means to Be American” event. For Douglass, it could be said, being American meant loving the first four principles of the Declaration of Independence and the ideals of Creator-given natural rights for all, while despising the forces that undermined and degraded those ideals.

Being a scourge of American hypocrisy was a career and a calling for Douglass. “He was constantly bashing, blistering, attacking this hypocrisy,” said Blight, author of Frederick Douglass: Prophet of Freedom. Indeed, at times it seemed to Douglass that there was “almost no reason to sustain hope in this country.” And yet, Blight added, “Douglass never stopped believing in the principles.”

It’s fitting that Douglass wrote not one, but three memoirs chronicling his emergence as the nation’s scathing conscience in the decades stretching from before the Civil War, to Reconstruction’s collapse in the 1870s, to the rise of Jim Crow. In his massive biography, Blight writes of Douglass’s escape from Baltimore bondage (disguised as a sailor) in 1838, when he was 20 years old; his flight to Massachusetts and recruitment in the growing abolitionist movement; the eloquent, charismatic persona that helped turn him into a riveting orator and a righteous adversary feared by slavery defenders and white segregationists.

Blight said he first grappled with Douglass’s monumental legacy when he was teaching high school in Flint, Michigan, and ever since then, “I’ve never quite been able to get him out of my life.” For historians, Blight said, Douglass is an irresistible subject because of his significance and because he left so much material to study. One of Douglass’s most assiduous collectors, a retired African American surgeon from Savannah, made his collections available to Blight, which launched his biographical project. “The full life of Douglass is a daunting task. I wasn’t sure that I was up to it,” Blight said.

Thurston said he gained his first awareness of Douglass from pictures on the wall of his Washington, D.C. elementary school during Black History Month. “He had a dope Afro,” Thurston joked. Today, he went on, “His Instagram would be ridiculous. He would win on the looks alone.”

Turning serious, Thurston remarked that in the summer of 2011, while he was writing his book How To Be Black, he came across Douglass’s Fourth of July speech of 1852. It was a coruscating masterpiece—Thurston praised it as, by turns, “heavy-handed,” “wildly prophetic,” “vindictive,” and “hilarious”—which Douglass delivered in Rochester, New York, the city where he lived for many years and published his abolitionist newspaper The North Star. In his speech, Douglass underscored the vast difference between what the anniversary of American independence meant for whites and for non-whites.

Asked by Thurston how Douglass deployed biting humor as a weapon, Blight affirmed that Douglass “is always and everywhere an ironist, and sometimes a satirist.”

“Largely he reacted with rage. Over time, he reacted with humor,” Blight added. In the Fourth of July speech, Douglass made his largely white audience flinch as he threw down one rhetorical thunderbolt after another. Yet, characteristically, he ended the speech on a hopeful note.

More than 150 years on, with the country once again convulsed by racist violence and polarized politics, that kind of “tail-end optimism, that faith and malleability,” is a bit harder to summon up in America, Thurston observed.

Douglass put his own allegiance to America to the test when he went on a tour of the British Isles, where he was hailed as a phenomenon. When he returned to the United States he bitterly observed, “I have no country, I have no patriotism.” His country had denied him, and he denied it back, Blight said.

But then Douglass began to become “a much more open political abolitionist,” who realized that the Constitution and the Bill of Rights might be usable, Blight said. “He is learning a kind of political pragmatism” in this period.

What Douglass came to believe was that the country, by tearing itself apart, could remake itself into something new, something possibly better.

Are we now at a similar point, Thurston asked. Are we entering a third American republic?

“You know what?” Blight replied. “You’ve got to take a long view. We have been here [before].” Today, as in Douglass’s time, democracy is being threatened. American institutions are in deep trouble. But the country has had numerous racial reckonings, the scholar noted. Remember when some credulous folk were describing Barack Obama as the first “post-racial president?”

During the Q&A period, several audience members were eager to probe the parallels between Douglass’s time and ours. One asked whether there might be a grain of inadvertent truth to President Trump’s seemingly confused 2017 description of Douglass as “an example of somebody who’s done an amazing job and is being recognized more and more.” Could it be that we actually are tuning in more to Douglass now than we did in the past?

Blight replied that, in fact, Douglass’s own memoir was out of print for about century, until Harvard University Press published it again in 1960. So, in a sense, Douglass is more present now than he has been in previous eras, and “his narrative is taught all over the world.”

Another audience member asked about Douglass’s deliberate strategy of working with imperfect allies, including Abraham Lincoln, whom Douglass criticized ferociously for initially not “making war on slavery.” Douglass gradually learned a certain degree of political pragmatism, Blight said, as he went from being a radical outsider before the war to a political insider and bureaucrat after the war.

Responding to another questioner, Blight noted that Douglass hated the political compromises that sealed the collapse of Reconstruction. He foresaw that white reconciliation between Northerners and Southerners likely would mean the betrayal of African Americans.

Yet, Blight recounted that, while attending a conference some time ago, he’d been asked where Douglass went to find hope when hope seemed all but gone. Douglass drew it from his moral center, Blight said, and “that is a constant.”

“He endured many changes, but he never lost that moral core. In the worst of times, he could fall back on those basic moral values.” 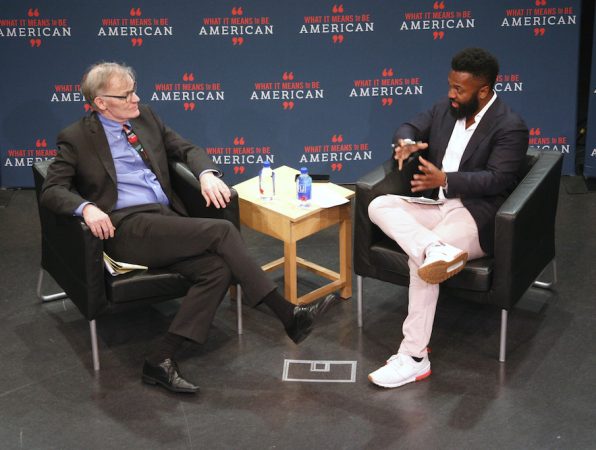 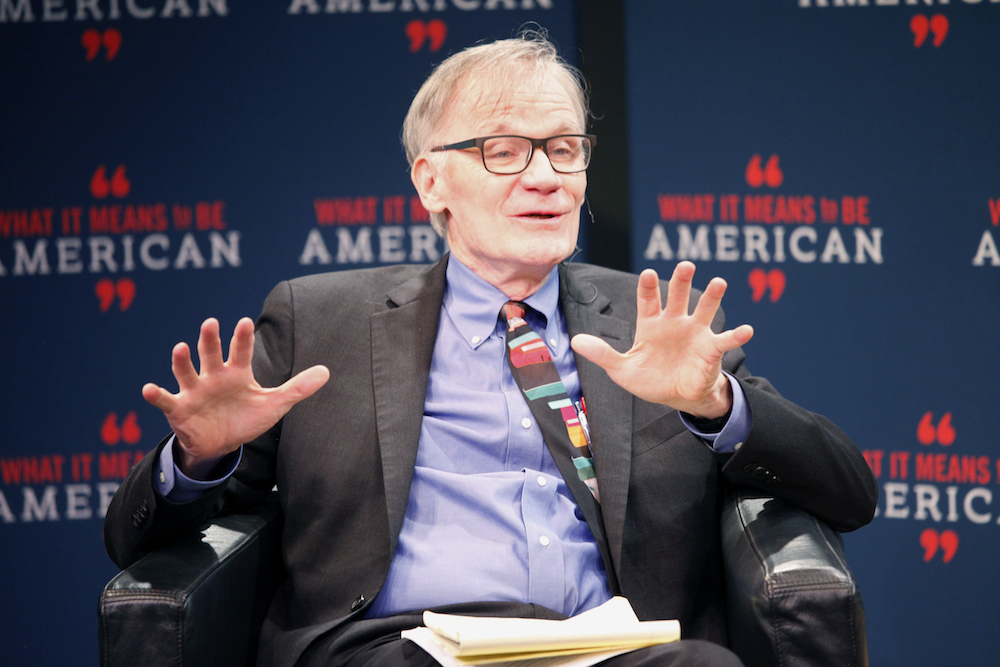 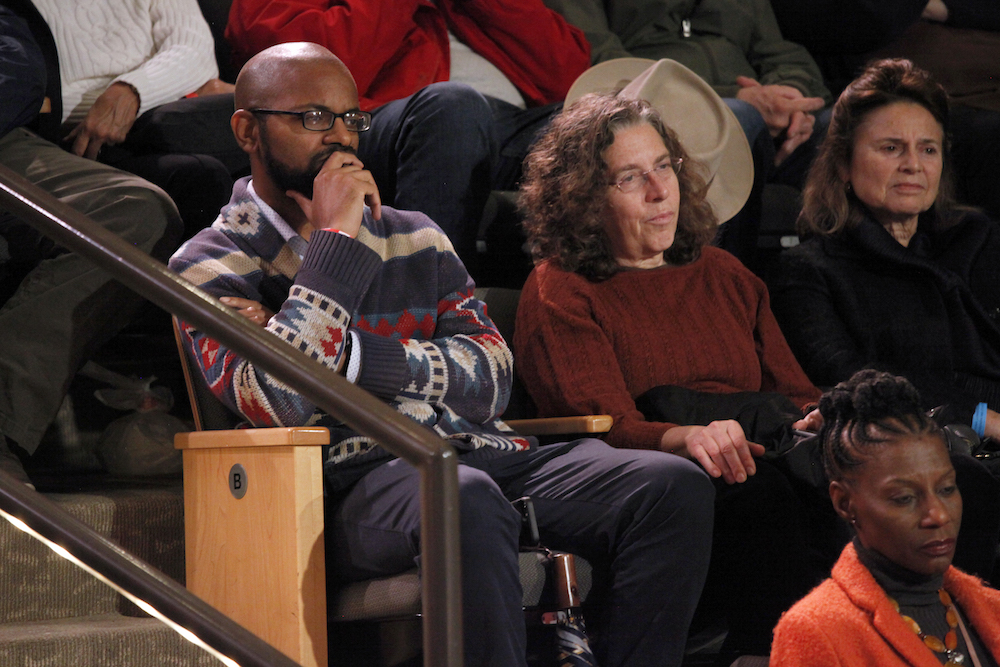 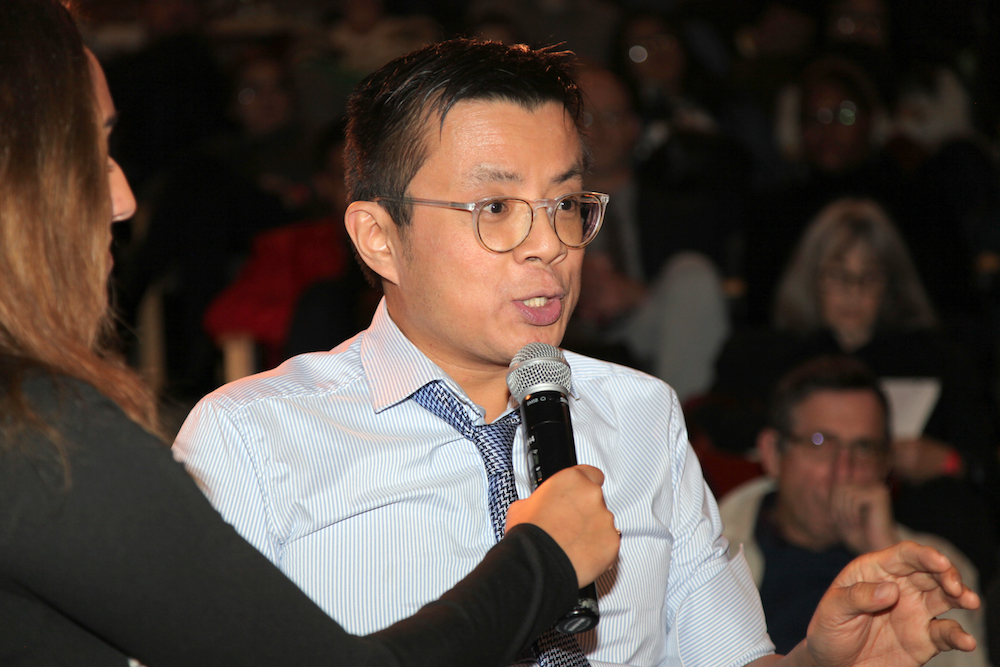 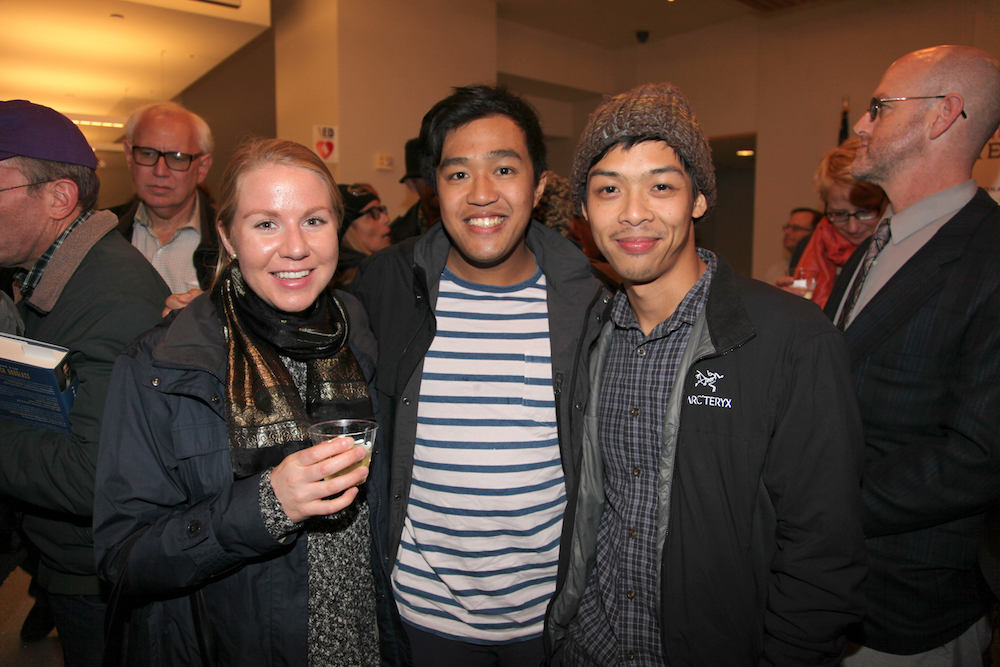 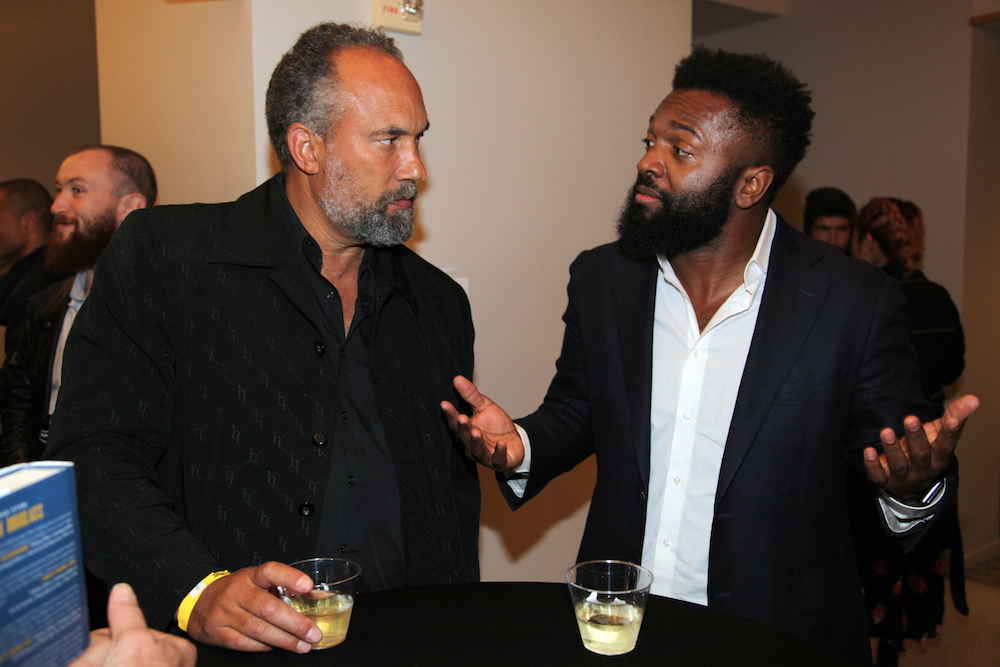 Cultural critic and comedian Baratunde Thurston speaks with guests at the reception.