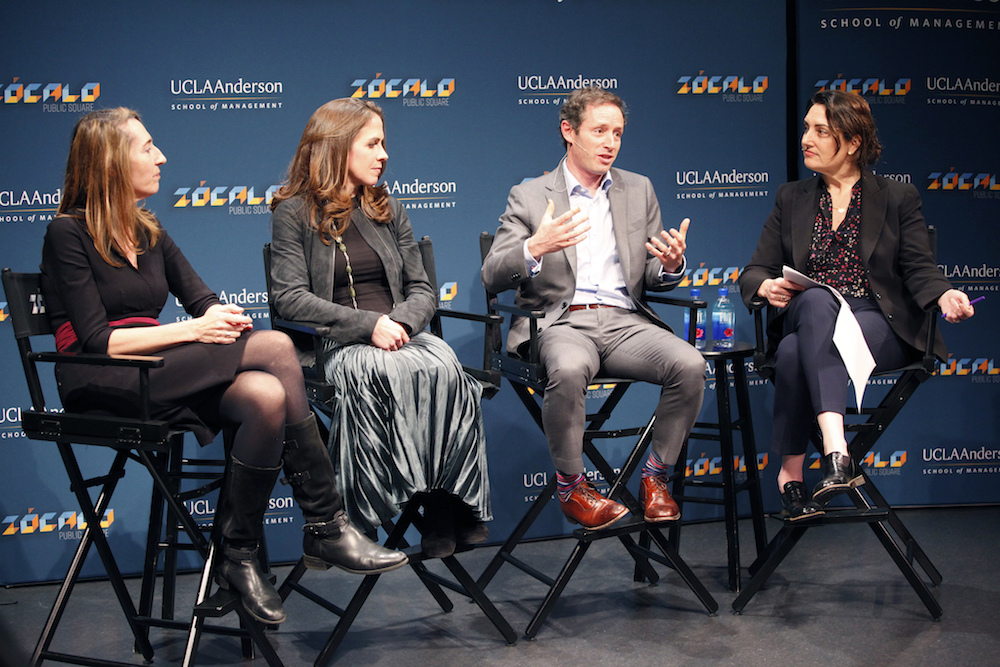 Happiness isn’t just possible when the world is in a very sad state. It’s vital in difficult times like today’s, because happier people are more resilient and recover more quickly from despair, setbacks, and bad news.

This was one happy if serious conclusion from a Zócalo/UCLA Anderson School of Management event titled, “Can Individuals Be Happy in an Unhappy Time?” Before an overflow crowd at the National Center for the Preservation of Democracy in downtown L.A., three scholars who study different aspects of happiness touted a wide variety of research on happiness and offered tips for how to cultivate happiness in yourself.

“When you feel happy, it’s not that you don’t experience those negative things in the world. It’s that those negative things are less intense,” said panelist Cassie Mogilner Holmes, an associate professor of marketing and behavioral decision-making and the Donnalisa ’86 and Bill Barnum Endowed Term Chair in Management at UCLA Anderson. Happiness, she added, “is sort of that immune system that keeps us going.”

The event began with moderator Madeleine Brand, host of KCRW’s “Press Play,” asking the audience to clap if they felt happy at that moment. She received loud—but not overwhelming—applause in response. Brand then pressed the scholars on whether happiness was too fleeting to be an important goal.

The scholars answered that happiness provided such advantages that, one quipped, “it’s almost unfair.” Happier people do better in life by all kinds of measures, from wealth to health. And the benefits accrue, such that the happy get happier.

Holmes emphasized that time has a crucial relationship to happiness. Her research shows that money is less important than people think, and time far more important. Studies from the early part of the decade suggest that once your income reaches $75,000, additional money doesn’t translate into feeling happier in the course of your daily life. Those who focus more on time than money are happier.

“Time leads to greater happiness,” she said, “and people become more deliberate in how they spend their time” over the course of their lives. The trouble is that many of us spend so much of our waking lives doing things—work, housework, commuting—that we don’t enjoy.

Sonja Lyubomirsky, a professor of psychology at UC Riverside and author of the books The How of Happiness and The Myths of Happiness, said her favorite theory in psychology is self-determination theory, which argues that we are happy when we satisfy three basic needs: connectedness, autonomy, and competence.

Genetics, she noted in response to an audience question, can affect happiness. So can other factors. But our own choices, especially around how we use our time to satisfy our needs to connect, to be autonomous, and develop our competence, can help. She carpools when she commutes between her home in Santa Monica and her job in Riverside, because “I’m with other people, and I strengthen my friendships.”

The third panelist, UCLA Anderson behavioral psychologist Hal Hershfield, said that while happiness is very important, “meaning, and the pursuit of meaning may be more important…. If you’re climbing a mountain, that may not be a happy experience, but it’s a meaningful one.”

Hershfield discussed his work getting people to look at their future selves, and to figure out what they’ll need to do to make sure they can fund the sort of life they want in the future. The challenge, he said, is that humans are “really bad at predicting what will make us happy.”

But thinking about endings—the ending of lives or the ending of phases of our lives—seems to allow us to focus on the most meaningful things. Studies of college seniors found that they start spending more time with their very closest friends around graduation, he said.

When Brand, the moderator, asked who the unhappiest people were, the panelists initially differed. Lyubomirsky said it was younger people—ages 14-28—because they have less autonomy and less competence. She also said that the current generation of very young people are less happy, have lower self-esteem and more anxiety than previous generations, and those things may correlate with smartphone use and screen time.

Hershfield noted that many studies point to the greatest unhappiness among people in middle age.

But these differences in part reflect differences in surveys and the fact, noted by Holmes, that people experience happiness differently at different stages of life. Young people associate happiness with excitement and enthusiasm, and older people with calm and serenity.

Older people tend to be happiest, suggested Hershfield, because they have time and experience “to focus more on emotionally meaningful goals.”

In response to a question from Brand, the panelists noted that happiness is a particular challenge for Americans. The “pursuit of happiness” is a defining quality of American life—it’s in the Declaration of Independence—but Americans work more and often take less vacation, even though research shows vacation is associated with greater happiness.

Holmes suggested being more attentive to time and to the people around us in the moment will make us happier. As Americans, she said, “we often make decisions, with our Puritan ethic, that we shouldn’t feel happy right in this moment.”

During a question-and-answer session with the audience, an audience member asked the panelists to name one thing they did that made them happier. Brand, the moderator, said she bought a wood-handled scrubber in a Japanese houseware store that cleans perfectly and looks beautiful next to her sink. “That makes me happy,” she said with a chuckle.

Holmes said optimizing unhappy time; during a long commute, “pick up the phone and call your friend who you haven’t spoken to in a while,” she said. Lyubomirsky said she was trying to spend less time on small talk, and foster connection by having bigger conversations with friends, including old ones with whom she had lost touch.

Hershfield said he is trying to create more traditions and routines in his life. He found that taking his daughter to breakfast at the same restaurant every Tuesday made him happier. “It’s the first time I’ve been a regular at a place,” he said. 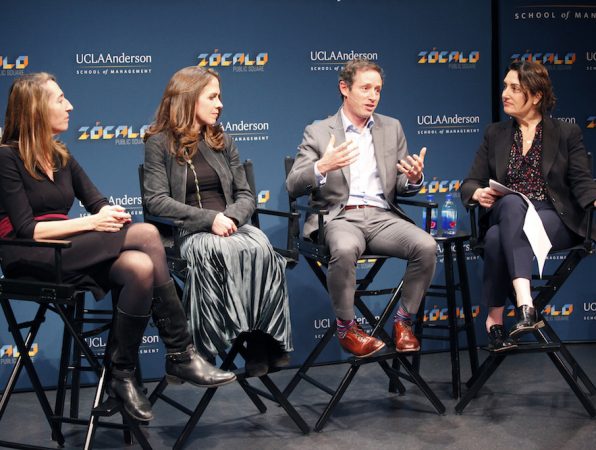 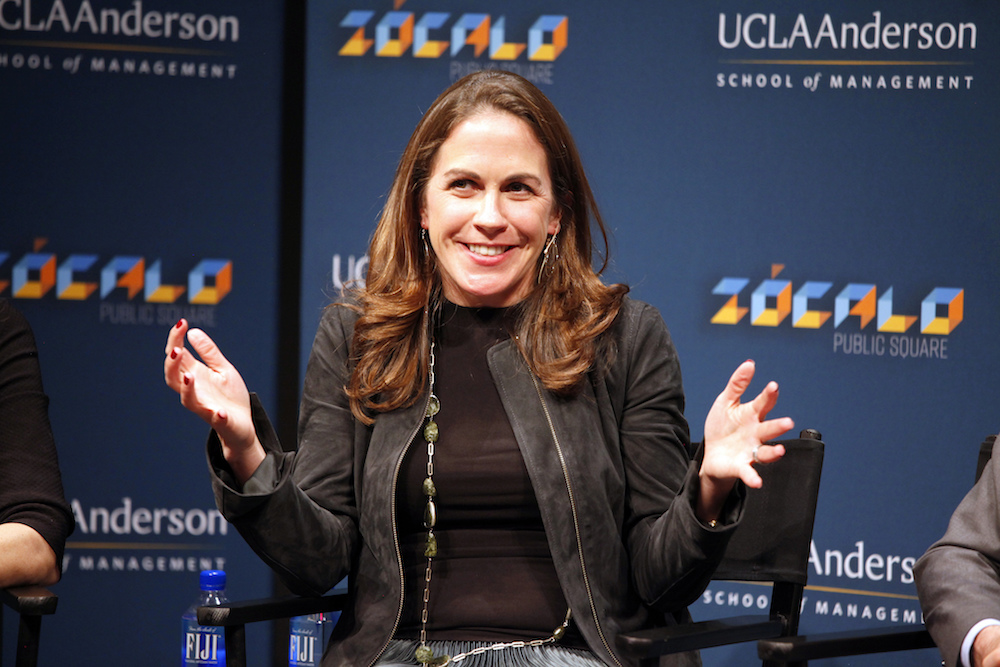 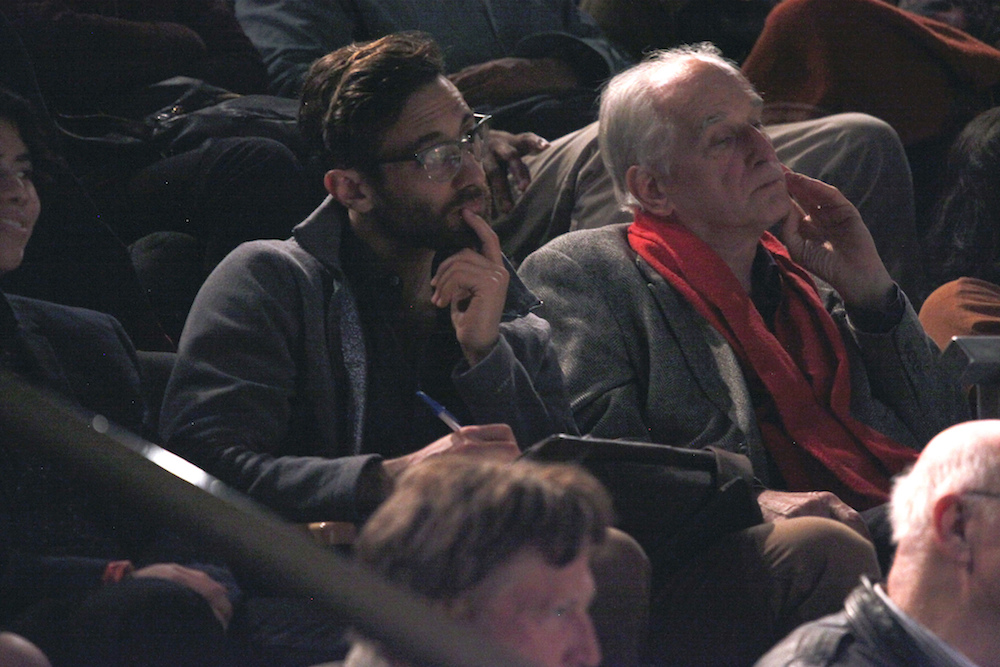 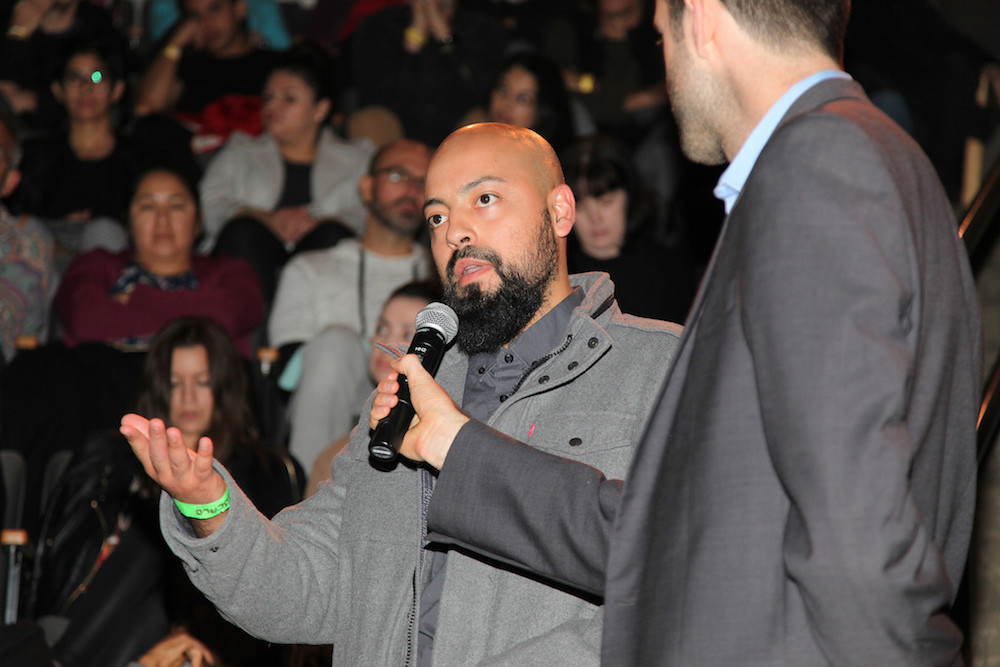 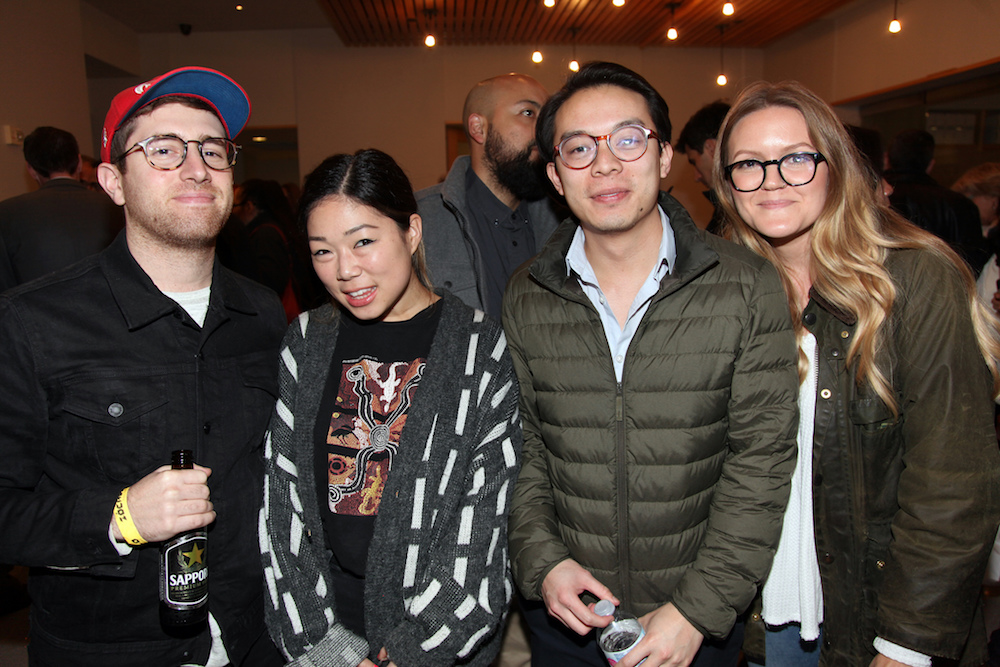 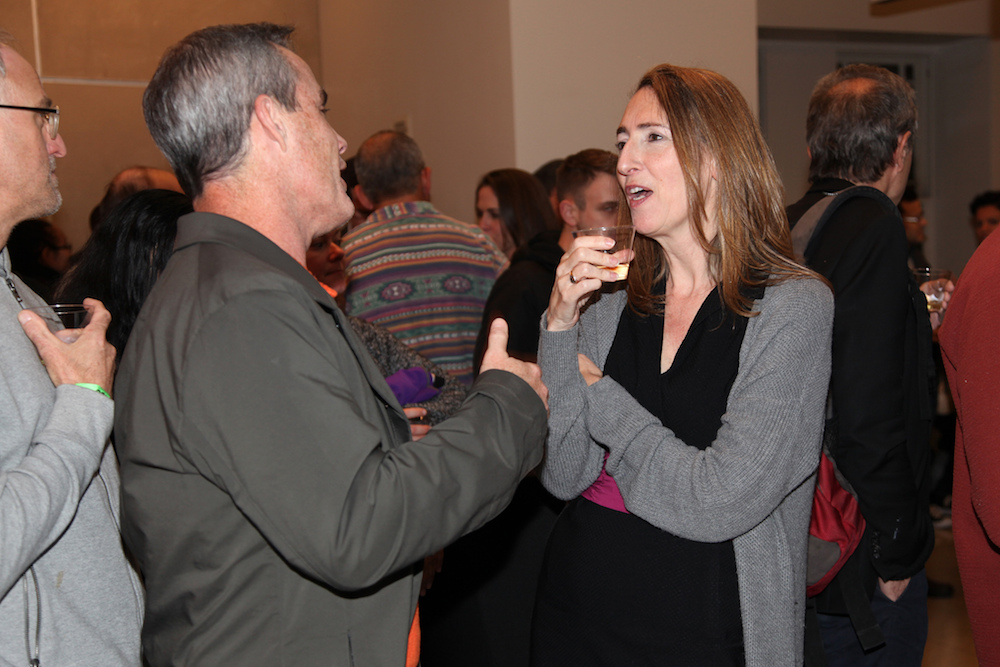