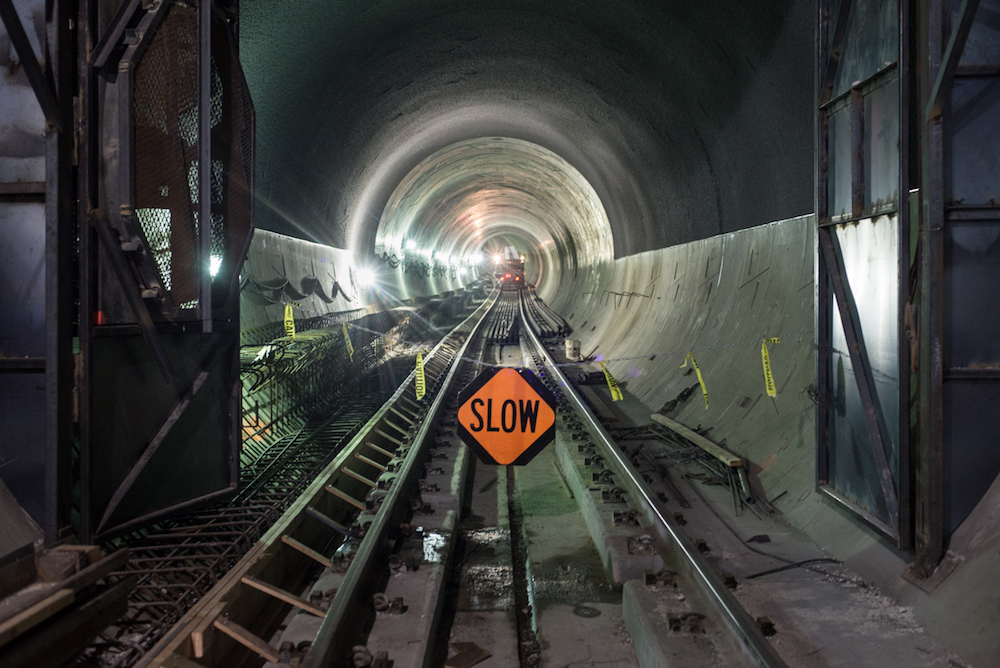 How is California ever going to finish its high-speed rail project when it still can’t finish San Francisco’s Downtown Rail Extension?

I can’t read Gavin Newsom’s mind, much less understand what he meant, or meant to mean, when he gave his State of the State speech and said something about a diminished high-speed rail line that would run only from Merced to Bakersfield.

But I can tell you that 23 years ago, a restauranteur named Gavin Newsom was appointed by San Francisco Mayor Willie Brown to his first real gig in politics, as a local parking and traffic commissioner. Back then, a top priority of San Francisco transportation officials was a proposal for a 1.3-mile rail line called the Downtown Rail Extension, or DTX, which would connect the city’s commuter rail station with downtown.

All these years later, the DTX is still little more than a proposal—vital but unrealized. As such, it embodies the massive failure of transportation execution that Newsom now confronts in California.

During the last 23 years—a period in which Newsom launched his political career, got married, was elected mayor, got divorced, got remarried, was elected lieutenant governor, had four kids, and got elected governor—a rail project of just 1.3 miles has gone exactly nowhere.

The history of the DTX demonstrates that, for all the struggles of this state to build big infrastructure projects like high-speed rail or the Delta water tunnels, we Californians are even worse at the little stuff. Ours is a state that has constructed two rail lines that reach the edge of LAX but don’t go into the airport. Disneyland has its own railroad and monorail but no rail link to the park itself. San Diego’s signature trolley doesn’t go to its world-famous zoo.

The DTX is the latest attempt to bridge one of the smallest but most troublesome gaps in California’s infrastructure: the mile or so between where commuter trains stop and the city’s downtown job center around Market Street.

The gap has roots in decisions made during the Civil War, and San Francisco has blown more than a century’s worth of opportunities to bridge it. The best chance to build a downtown rail station came after the 1906 earthquake, but it was dropped in the rush to prepare for the 1915 Panama-Pacific International Exposition. After the Second World War, a BART line to San Mateo County would have bridged the gap, but San Mateo pulled out of BART, and no line was built.

By the mid-1990s, when Newsom was appointed to that San Francisco commission, it appeared that the DTX’s time had finally come. In 1999, San Francisco voters approved a ballot measure which mandated the extension finally be built to connect Caltrain commuter service to a newly planned Transbay Transit Center in downtown. During the campaign, the rail extension’s cost was estimated at $600 million.

Over the next decade, new plans were made for the extension, and in 2010, ground broke on the Transbay Transit Center. But the transit center ran so over budget that it ended up grabbing the $600 million intended for the DTX.

Newsom’s successor as mayor, Ed Lee, stalled the project by proposing a different path for the extension that would reach new housing in the neighborhood of Mission Bay and a recently built basketball arena. A study of possible paths was supposed to take eight months, but it took 5 years. It wasn’t until fall 2018 that an alignment for the extension, along Pennsylvania Avenue, was finally approved.

Meanwhile, the Transbay Transit Center, finally completed in 2018, had to be closed temporarily to correct construction defects. It is now the world’s most expensive bus station, since construction still hasn’t started on the DTX.

During the last 23 years—a period in which Newsom launched his political career, got married, was elected mayor, got divorced, got remarried, was elected lieutenant governor, had four kids, and got elected governor—a rail project of just 1.3 miles has gone exactly nowhere. The best-case scenario is that the DTX would open in 2027—a year after Newsom would leave office if he serves two terms.

This may tell us something about Newsom’s deep skepticism about high-speed rail and other transportation projects. For all the governor’s lion-like roars about the need for transformational projects in health care, education, and housing, he has squeaked like a mouse when it comes to infrastructure.

Since he first encountered the DTX as a rookie public official, Newsom has seen some projects progress with struggle (like the Central Subway in San Francisco) while others failed. He’s also seen newly elected officials intervene to impose their own vision on major construction projects. Governors Wilson and Schwarzenegger both stalled the new east span of the Bay Bridge to reconsider it—and added to delays and the project’s scandalously high costs. The east span was such a disaster that Gov. Jerry Brown and other top officials wouldn’t attend its 2013 opening, leaving it to Newsom, then lieutenant governor, to handle the ceremony.

There are huge lessons to be drawn from California’s transportation failures, large and small. Every project needs a clear and accountable champion. Successful projects require dedicated staffs with technical expertise and real power; too many projects rely on too many expensive and unaccountable outside consultants. And transportation plans need realistic budgets, more financial commitment from taxpayers, and far greater urgency. The DTX has none of these things.

Neither does high-speed rail. And if the bullet train ends up diminished or dead, Newsom can console himself with this: It won’t be nearly as bad a failure as the DTX. The latest estimates for that 1.3-mile project, which includes a couple new stations, have ballooned to $6.1 billion. High-speed rail may be an $80 billion project, but if it were as expensive per-mile as the DTX, connecting Los Angeles to San Francisco would cost over $2 trillion.