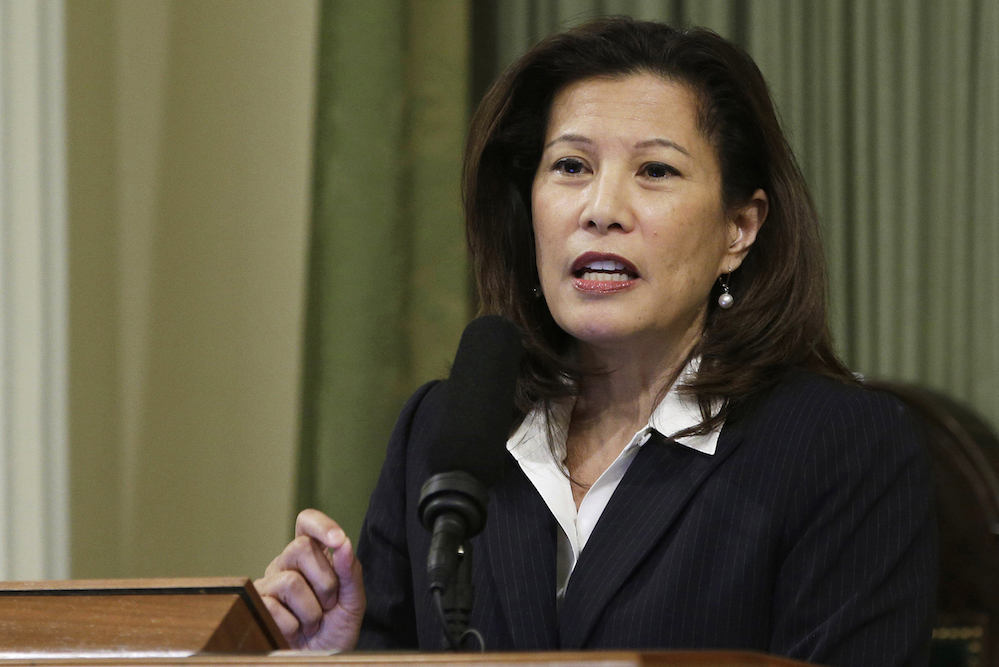 If we can’t get rid of the California Rule, can we at least ditch the name?

The California Rule is the misleading moniker we’ve given to our state’s most troublesome legal precedent: that public employees are entitled to whatever pension benefits were in place when they started work. Pension benefits in California are so monumental that they might as well be set in the stone of El Capitan—they can never be cut, unless they are replaced with another benefit of equal value.

You can say that such an ironclad guarantee is good for public workers. But you can’t say that it’s Californian. In virtually every other context of life here, our state is defined by its lack of guarantees. The California Rule on pensions is really the California Exception.

For all its wonders, California is a place where you can count on almost nothing—not even the ground beneath you will stand still. As the American essayist and anarchist Edward Abbey once observed, “There is science, logic, reason; there is thought verified by experience. And then there is California.”

While the Golden State is famous for producing myriad regulations and laws, the complexity and overwhelming number of such rules mean that there are few clear rules to follow. The California Rule itself has contributed to this problem. By requiring always-escalating retirement benefits that force cuts in essential public services, the California Rule has effectively made a lie out of every significant guarantee in the state constitution, from balanced budgets to speedy trials, to our children’s right to a properly funded education.

Like Snoop Dogg and Billie Jean King, the California Rule was born in Long Beach. In 1951, the city government there tried to reduce the pensions of police officers and firefighters while also making them contribute much more to their pension fund. Four years later, the California Supreme Court declared that unconstitutional.

The California Rule has been constructed on top of that precedent in the decades since, as state courts have turned down other plans to alter public pensions.

The California Rule got its name because most of the rest of America doesn’t follow it. In other, saner places, only pension benefits already earned, by the work people have actually done, are protected. But California is one of only 12 states that have protected the right to earn future pension benefits for work not yet performed. In other words, whatever benefits were in place on the date you were hired, you get to retain forever; employers who want to reduce some benefits must replace them with new benefits of the same value or greater.

The pension benefits protected by the California Rule have become increasingly outsized and fiscally damaging in recent decades, as public employee unions have become the state’s most powerful interests.

In these and other ways, the California Rule violates the state constitution’s most basic promises of self-government. The rule mocks the people’s right to information—since true pension costs have long been hidden by laws and accounting practices. And it even abrogates the constitutional requirement that California’s people are sovereign under our direct democracy. Citizens in San Jose and San Diego have voted to save their public services by altering pensions, only to be told by the courts that the California Rule matters more than their ballots.

The rule also reduces even our most well-intentioned leaders to liars; they may talk about the need to embrace sustainability and fight inequality, but they are powerless to change the state’s most unsustainable and unequal rule.

Politicians often ask us to protect services with tax increases, but, because of the California Rule, nearly every significant local or state tax increase of the past two decades has partly gone towards rising retirement costs.

The California Rule has been in the news recently for two reasons. First, teachers’ strikes in Oakland and Los Angeles have spotlighted how rising pension costs for retirees are consuming money that should go to compensating today’s teachers. Second, the California Supreme Court has begun looking at legal cases that challenge some pension benefits—including the California Rule itself.

Former Gov. Jerry Brown, who appointed four of the seven justices, has predicted that the rule might be done away with. But don’t bet on it.

I attended the court’s hearing of the first such case (in a surprisingly empty courtroom given the stakes), and the justices, when they questioned the lawyers, poked every conceivable hole in the rule. The justices also had a road map to overturning the California Rule: a smart and brave opinion from a state appeals court that found public employees are only really guaranteed a “reasonable” pension, not the ever-escalating ones provided by the California Rule.

The rule also reduces even our most well-intentioned leaders to liars; they may talk about the need to embrace sustainability and fight inequality, but they are powerless to change the state’s most unsustainable and unequal rule.

But when it came time to make a ruling, the justices chickened out, leaving the California Rule itself in place.

If the high court doesn’t find some courage and overturn it, the California Rule will result in statewide disaster. At best, this will be a steady, decades-long degrading of services, as more and more tax dollars that should go to today’s citizens is diverted to cover the retirements of former workers.

Worst case, a big recession or a huge stock market decline could combine with the California Rule to create an epic fiscal calamity. With pension funds falling short, cash-strapped governments would have to put even more money into shoring up retirement benefits as required by the California Rule, leaving little money for anything else. Hundreds of schools would close, local governments would go bankrupt, and new taxes and budget cuts to cover funding gaps would further undermine the economy. The public could erupt in fury at pensions and even pensioners, and some governments might dare to abandon payments to pensions funds, putting the public retirement system at risk.

Let’s end the California Rule now before a full-blown crisis hits so that a more flexible, resilient, and less costly system of retirement can be developed, because self-inflicted disaster should be the exception, not the rule, in California.