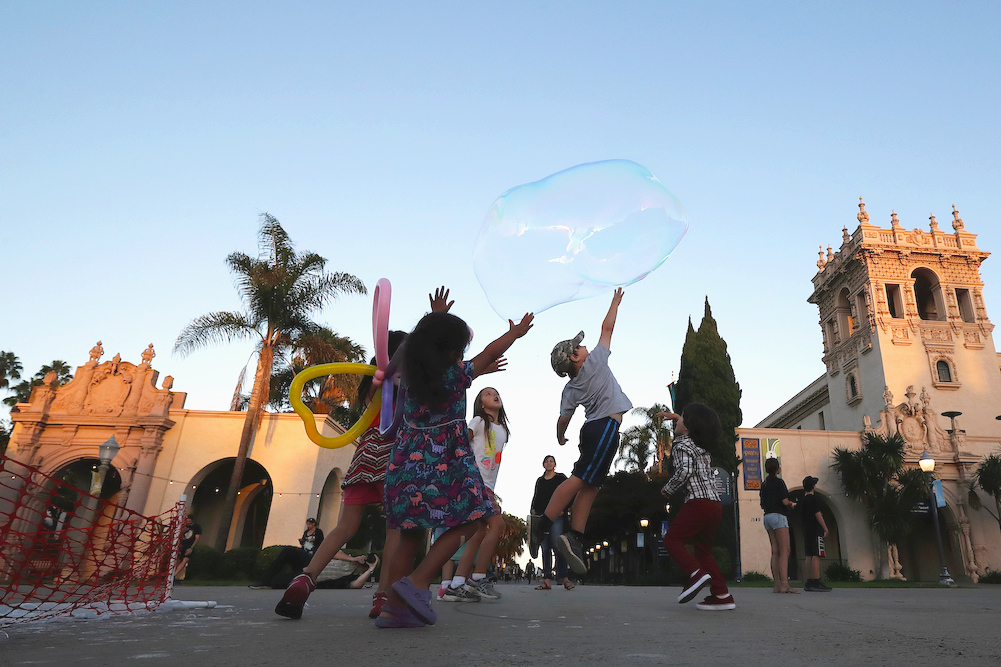 If I had a free Sunday and could spend it anywhere in California, I’d head for Balboa Park in San Diego.

The Golden State has some grand urban parks, from San Francisco’s Golden Gate Park to Los Angeles’s Griffith Park to lesser-known beauties like Bidwell Park in Chico. But no other public space in our state offers as many different experiences with as much sunny spectacle as Balboa Park. And the park could become even better if San Diego and the rest of California could figure out how to better support it.

Millions of people across our state and around the world have visited Balboa Park without even realizing it—because they were there only to see our planet’s greatest zoo, which is in the park. But the zoo is only one of a long list of things that makes the place special.

Balboa Park, at nearly 1,200 acres, is bigger than New York’s Central Park. And with multiple theaters including The Old Globe, and a diverse array of 17 museums, from The San Diego Museum of Art to the West’s premier Air and Space Museum to the Museum of Man (which tells the story of humankind), Balboa Park boasts more cultural heft than any American parkland outside the National Mall in Washington, D.C.

Dating to 1868, the park combines historic landmarks and significant architecture with glorious gardens, neighborhood-focused playgrounds and green spaces, and recreation options from two golf courses to pools to a bicycling velodrome. The parts of the park that don’t include the zoo draw more than two million out-of-towners and more than two million local residents annually, according to a San Diego State University study.

Which is why it’s so maddening that San Diego hasn’t given it more support.

The extraordinary diversity of Balboa Park, originally called City Park before it was renamed for the Spanish explorer in 1910, has been both a strength and a weakness. The park is owned by the city, but it serves so many different constituencies that it can be hard to hold any single entity accountable for its problems.

The San Diego State study noted that plans for the park’s maintenance and land use had been driven largely by major events—especially the 1915-16 Panama-California Exposition and the 1935-36 California Pacific International Exposition, which spurred the creation of many of its landmarks. The park has struggled to develop cohesive management or a coherent strategy. That’s one reason why Balboa Park has lost 200 of its acres over the years, while suffering from incursions of automobile traffic in the postwar era.

Today, the place feels almost loved to death. Decades of deferred maintenance are obvious. Structures show signs of mold, mildew, or termites. The Starlight Bowl amphitheater is a fenced-off eyesore. And by one count, 20 percent of the park’s trees are in critical condition or dead from disease or drought. More conservative estimates for the park’s refurbishment run more than $300 million. In any case, San Diego media have turned “Balboa Park Needs Help”stories into hardy perennials.

The park is another reminder of San Diego’s central contradiction: It’s become a great city without ever being any good at management. The state of Balboa Park also raises questions about the city’s priorities—San Diego has spent years obsessing over how to expand its convention center and replace the stadium that used to house the NFL’s Chargers. Meanwhile its greatest jewel, Balboa Park, is neglected.

The last decade has seen efforts by different mayors and the philanthropist Irwin Jacobs to try to make the park better for pedestrians. Their plans focused on diverting cars away from the park’s central mesa, and creating new ways for walkers to move across Cabrillo Bridge, the Plaza de Panama in front of the art museum, and the California Quadrangle, which is in front of the Museum of Man.

But political battles and legal fights have produced repeated setbacks and delays for this planning. The city also missed an obvious opportunity to use the 2015 centennial of the Panama-California Exposition to put the park on a firmer footing.

The state of Balboa Park also raises questions about the city’s priorities—San Diego has spent years obsessing over how to expand its convention center and replace the stadium that used to house the NFL’s Chargers. Meanwhile its greatest jewel is neglected.

Fans of the park say it’s too dependent on the municipal budget. But there has been no clear consensus about how to create stronger revenue streams to maintain the place. Some suggest hotel taxes while others seek bond financing. Efforts to secure bigger private donations haven’t borne enough fruit, in part because of all the questions about the park’s governance. Balboa Park also might benefit from the creation of a new government district or joint powers authority to govern the place.

With steady money and governance, it’s easy to see how the park might be even greater. A parking garage, which has been a big part of this decade’s plans, could allow the current sprawling lots to be turned into more park or pedestrian space. It’d be great to bring in more food options or even lodging in some park areas that would produce revenues for Balboa Park. And thinking bigger, I’m among those who dream of extending the park over Interstate 5 so you could walk easily into the park from downtown.

For all its struggles, Balboa Park remains spectacular. On my most recent visit, I brought along my three sons; they loved the San Diego Model Railroad Museum, billed as the world’s largest operating model railroad museum, complete with a model reproduction of California’s Tehachapi Loop, a beautiful rail connection in Kern County. The boys also enjoyed eating ice cream while listening to the playing of the Spreckels Organ, publicized as the world’s largest pipe organ in an outdoor venue.

But if Balboa is to be improved, San Diego will need assistance from the state and federal governments. Such intervention would be justified. While I’ve never bought the old saw that San Diego is “America’s Finest City,” it does have America’s finest park. Let’s help San Diego keep it that way.