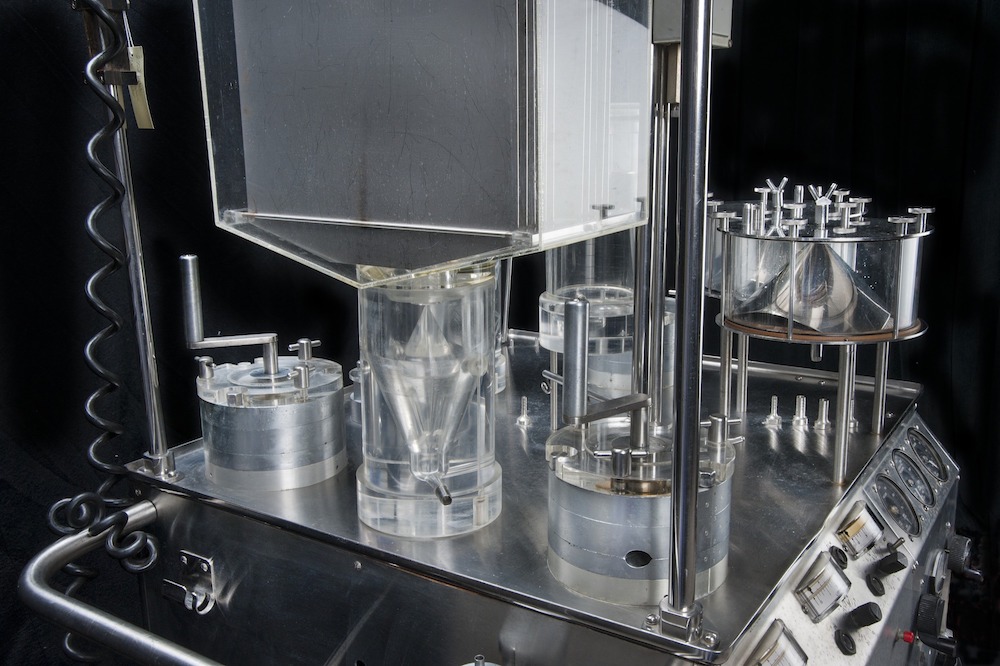 Stephen Joseph Brabeck was born in 1950 with a hole in his heart. To survive into adolescence would have been considered exceptionally fortunate at the time.

But Brabeck was lucky; in 1955 he underwent experimental open-heart surgery—made possible by a new heart-lung bypass machine that kept him alive during the procedure. The operation succeeded, and Brabeck lived a long and productive life as a cardiologist. When he passed away in 2018 at his home in Carmel Valley, California, Brabeck was one of the last survivors of a small group of children whose surgeries at the Mayo Clinic represented a turning point in medical history when the heart-lung machine suddenly enabled life-saving surgeries that are now commonplace. 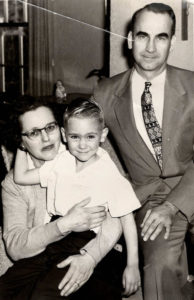 Portrait of Stephen Brabeck with his parents. Courtesy of Irwin Speizer.

What is now a routine and low-risk process was anything but back in the 1950s. Brabeck, son of a traveling glove-and-knit-cap salesman father and a former schoolteacher mother, was born and raised in St. Paul, Minnesota. His condition, called tetralogy of Fallot, is an unusual combination of four heart defects. As a child, young Stephen’s heart was so weak that even slight exertion could send his body into an oxygen-deprived crisis.

One of Brabeck’s older brothers, Michael, who is now a doctor at Bellevue Hospital in New York City, wrote a short book in 2010 about Stephen’s saga, called simply, Heart. Michael recalls in the book how he and his two brothers were instructed to keep a close eye on little Stephen when they went out to play. If Stephen started “puffing” and his skin color began to turn a grayish blue, one brother would immediately force Stephen into a squat (which seemed to help) while the other ran to alert their parents.

In 1953, seeking divine intervention for their son’s condition, the family piled into their Buick and drove 1,400 miles to the shrine of Sainte Anne de Beaupre near Quebec City. Brabeck’s mother climbed the steps to the shrine on her knees to pray for Stephen. One of her vows: If the child was cured, she would give up chocolate.

The answers to the family’s prayers actually lay within a 100-mile radius of St. Paul. The Mayo Clinic and the nearby University of Minnesota were then the only institutions in the world performing open-heart surgery at the time.

In 1954 at the University of Minnesota, Dr. C. Walton Lillehei started using another human being (generally the patient’s parent) as a surrogate heart-lung machine, linking the patient and parent together during the operation. The controversial procedure risked two lives during a single operation, but Lillehei went on to perform 45 procedures in the early 1950s—with a 40 percent mortality rate for patients.

Meanwhile, just 10 miles away at the Mayo Cinic, Dr. John H. Kirklin pursued a mechanical solution that had so far proved elusive. As a medical student, he had long dreamed of the possibilities of open-heart surgery, including a treatment for the very ailment afflicting Brabeck. In a paper he co-authored on the first 50 years of open-heart surgery, Dr. Richard C. Daly, a Mayo cardiovascular surgeon, related comments Kirklin later made about the challenges of open-heart surgery in the 1940s and 1950s: “My fellow residents and I filled pages of notebooks with drawings and plans of how we would close ventricular septal defects and repair the tetralogy of Fallot once science gave us a method to get inside the heart.”

In 1952, Kirklin assembled a team of doctors and engineers at Mayo to find such a method. Working off blueprints from a machine developed by John H. Gibbon, Kirklin’s team refined and modified the device, crafting a sophisticated heart-lung machine that regulated blood flow and pressure and used a series of wire mesh screens to add oxygen to the blood. In tests, nine of 10 dogs survived up to 60 minutes on the heart-lung machine without discernable ill effects. By 1955, the time had come to test the new heart-lung bypass machine on humans.

Kirklin focused on children with potentially fatal heart defects that could be repaired with surgery. At the time, only one in five children born with serious heart defects lived to celebrate their first birthdays. Desperate parents, like the Brabecks, volunteered their ailing children to Kirklin in hope of a cure.

Thus, at the age of five, Brabeck, was among a group of 16 children with potentially fatal heart maladies who were selected for the first operations employing the new but still unproven heart-lung bypass machine at the Mayo. Of the first eight children, half did not make it out of the hospital alive. Brabeck was patient number nine.

“It is hard to imagine it today, consenting to an operation where the mortality rate was running 50 percent at the time,” Daly says. “He [Brabeck] was as much a pioneer as the surgeons and cardiologists. He and his family were the ones taking the risks.”

But in Brabeck’s case, the heart-lung machine worked. Tetrology of Fallot was a particularly tricky malady that eluded accurate diagnosis at the time. Once the heart was opened, these patients were in danger of swiftly bleeding to death before doctors could make repairs. Stephen was one of the lucky ones with tetralogy of Fallot who survived the early tests of the machine.

Once recovered from surgery, young Stephen became somewhat of a local celebrity. Later in life, he related in a letter to his older brother Michael how he recalled a reporter and photographer from the St. Paul Pioneer Press arriving right after Christmas in 1955. “I still remember how odd it felt,” he wrote. “Why all the pictures and questions? I still very much remember the flash of the lightbulbs.” A photo of him under the Christmas tree holding a toy airplane ran with the story.

Open-heart procedures evolved rapidly as Kirklin did more surgeries. At the University of Minnesota, Lillehei soon switched to a heart-lung machine, and other doctors and hospitals began using the machine for open-heart surgery as well. Better diagnosis and improved surgical and anesthetic techniques whittled away at the mortality rate. While open-heart surgery for tetralogy of Fallot had a 50 percent mortality rate in 1955, by 1960 that rate had fallen to just 15 percent. By 1980, the risk factor approached zero.

Stephen Brabeck didn’t squander his second chance at life. Inspired by his older brother Michael, who became a doctor, Stephen obtained his medical degree from the University of Minnesota. He went to work as an internist, including four years as the sole Indian Health Service Physician on the Leech Lake Reservation in northern Minnesota.

Later in his career, he specialized in cardiology, a decision that those who know him assume was a result of his own life experience as a heart patient. Brabeck insisted that was not entirely the case. As he related to his brother, he was frightened and intimidated by cardiology during his medical internship, even shuddering when he encountered a cardiac patient. He finally decided that if he hoped to be a competent doctor, he needed to face this fear and so accepted a fellowship in cardiology. He quickly discovered he loved the field. He started as a cardiologist in New England and when the opportunity presented to practice in Monterey County, California, he took it. When he finally retired from his practice, he opened a shop in Carmel Valley that sold locally sourced olive oil and specialty vinegars, which gave Brabeck a platform to promote heart-healthy cooking.

In 2007, he had to return to Mayo for a second heart operation to replace a faltering valve that had begun to sap his vitality. In an email to his brother after his recovery from this second surgery, Brabeck related the feeling of elation at being given yet a third chance. He said he now recognized his tetralogy and recovery from it as a “gift” that enabled him to see the world more clearly. In elegant prose, he described the sights, sounds, and smells as he renewed his hikes through the wilderness: “Deep purple fields of small bush lupines;” “The dry whoosh of long stem grass against your pants leg;” “The soft musty moss of the forest.”

Later in his career, he specialized in cardiology, a decision that those who know him assume was a result of his own life experience as a heart patient. Brabeck insisted that was not entirely the case.

“I didn’t miss a thing yesterday,” he wrote. “It was probably the most mindful I have ever been … Our bodies are truly wonders and the environment in which we exist is only what we make of it, which means it can be miraculous any time we let it be.”

For Brabeck, a revelatory walk in the wilderness was one more gift from a miraculous medical invention: The heart-lung machine had enabled a little boy with a sick heart to live, and to pursue a life mending the hearts of others.