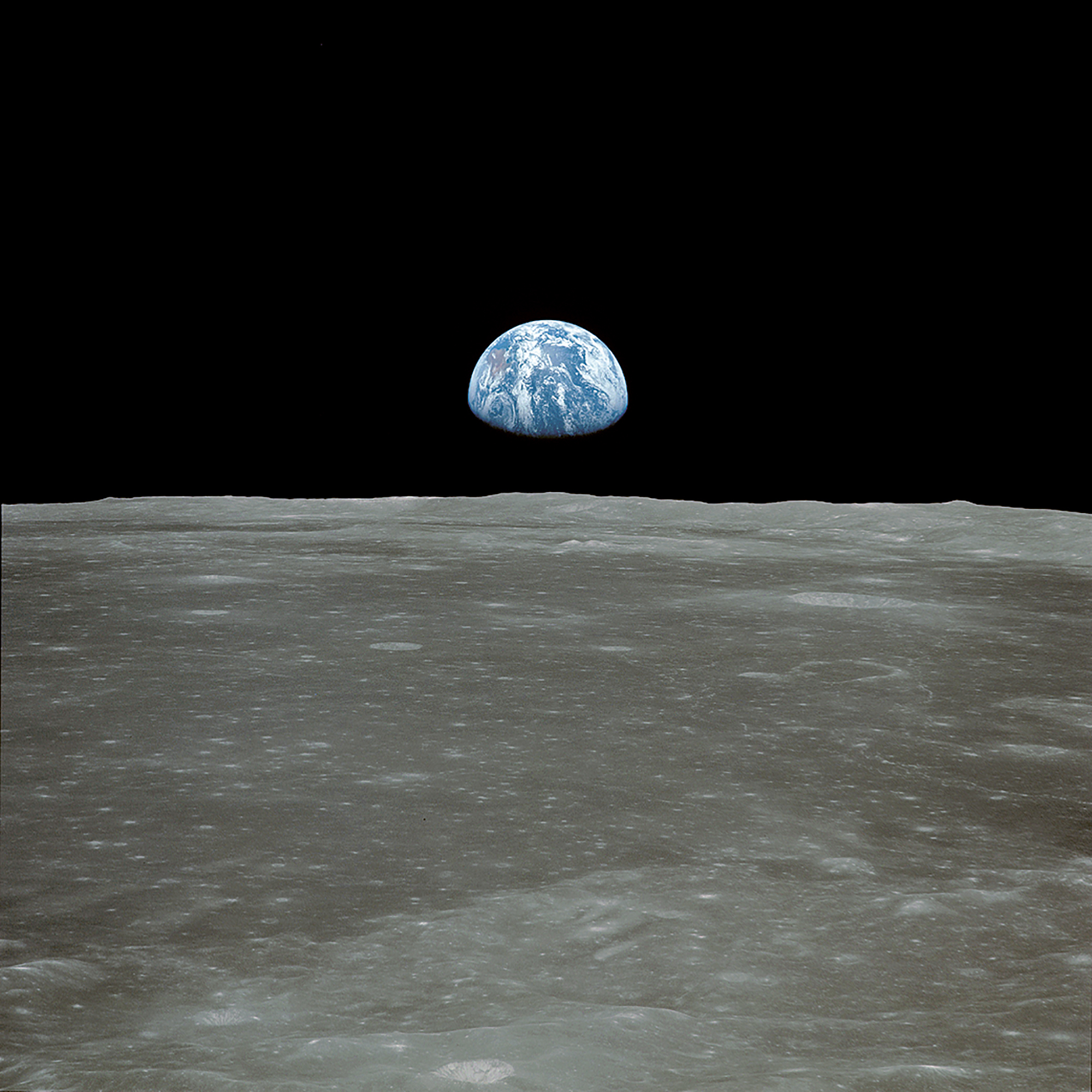 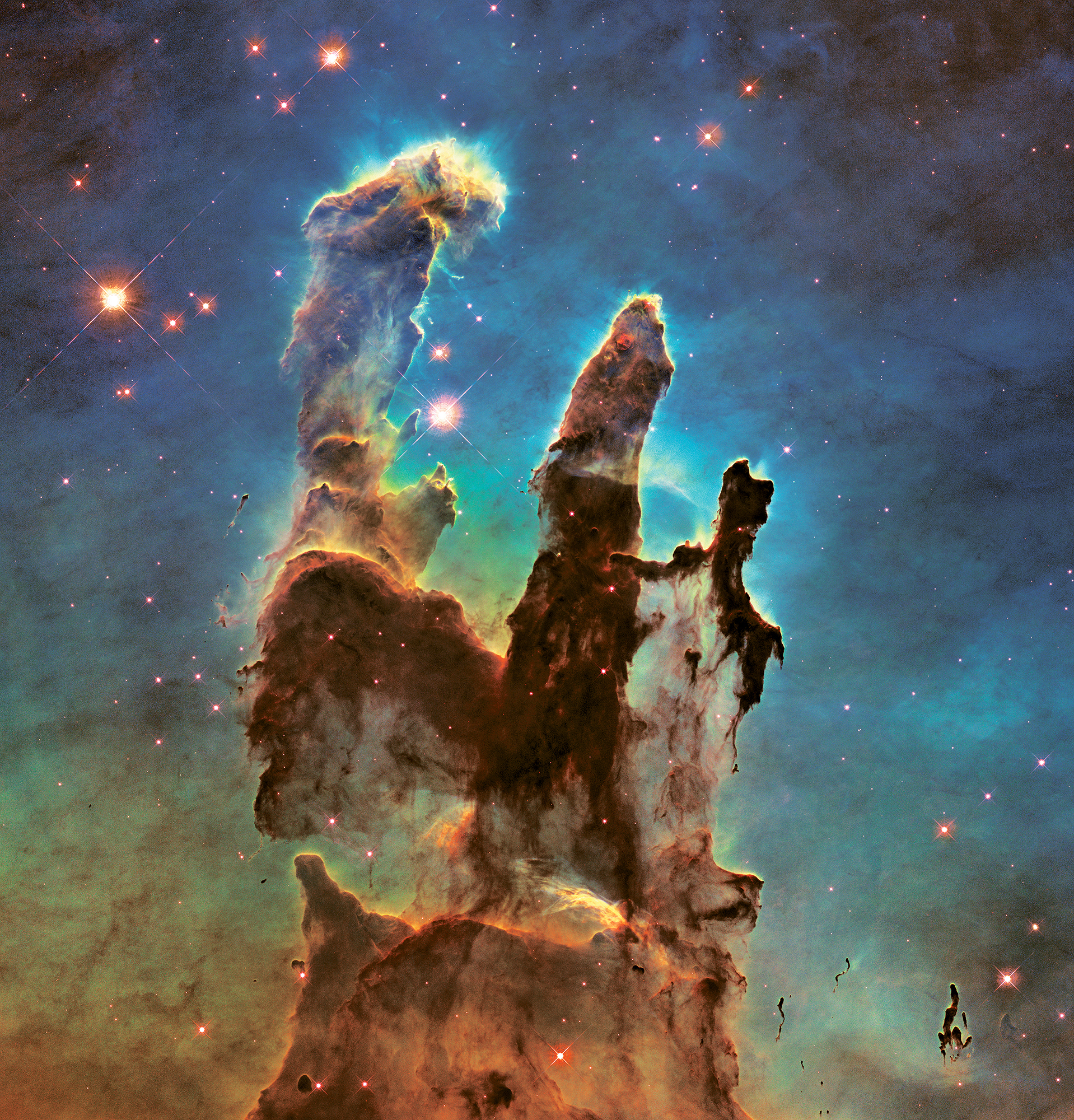 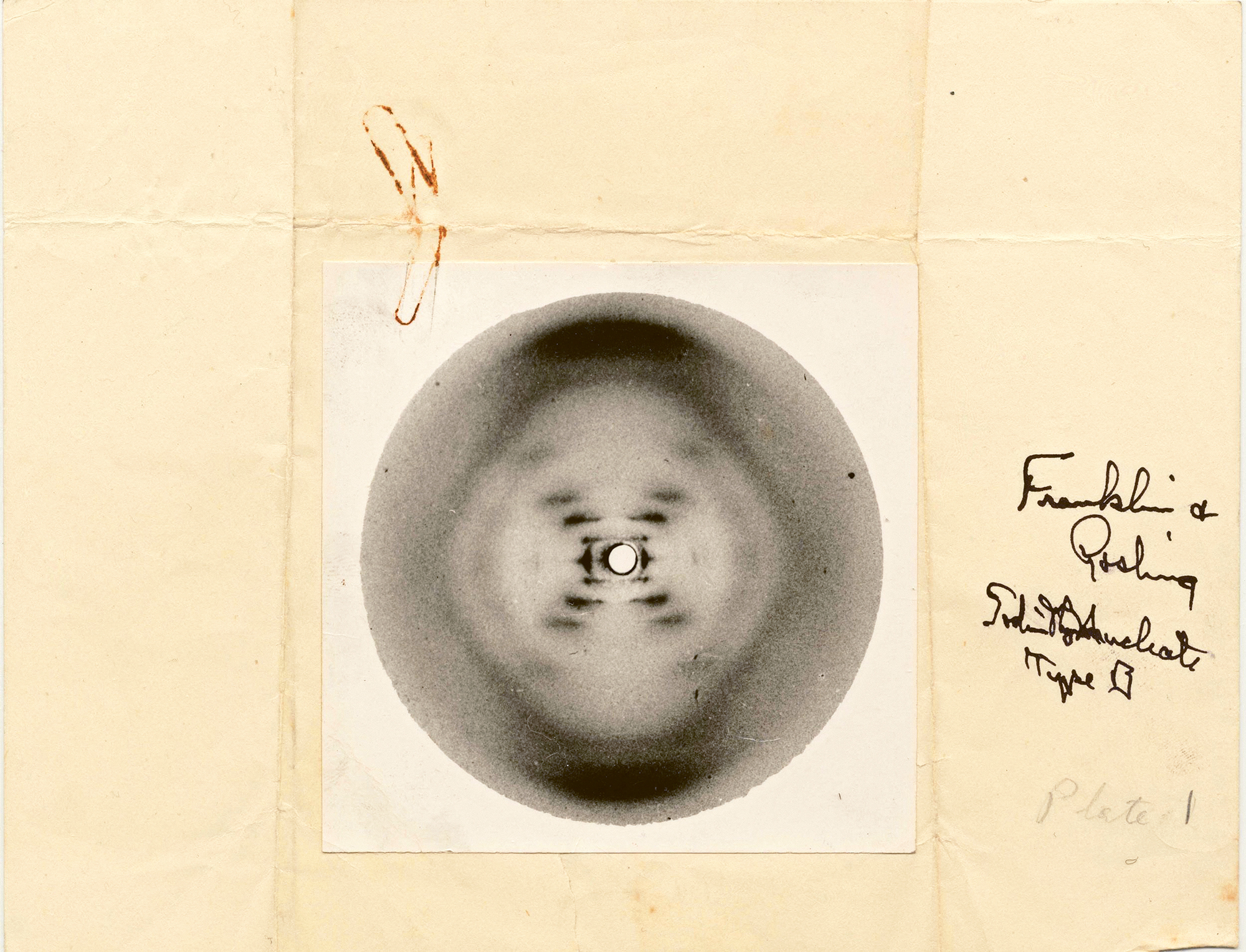 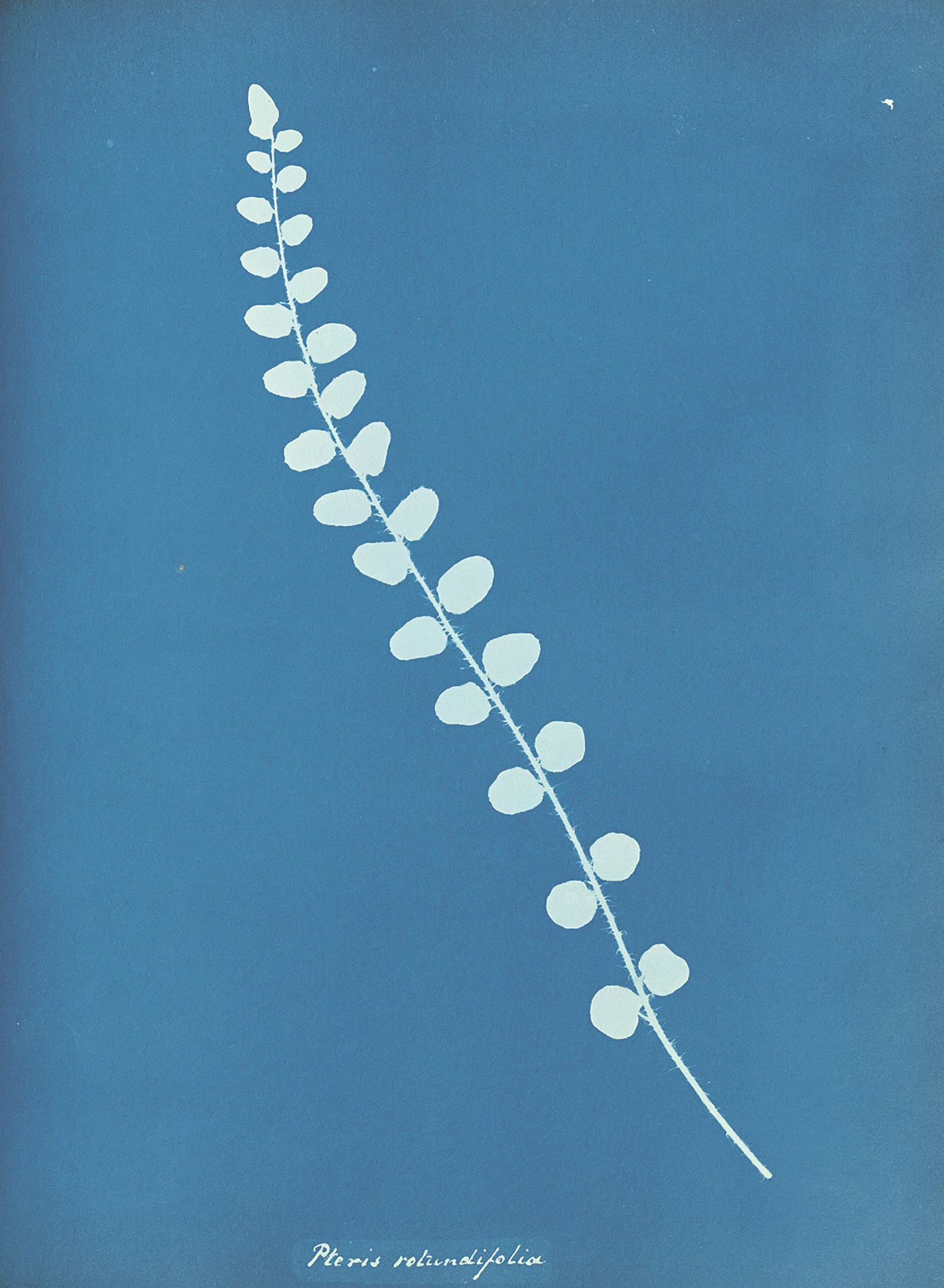 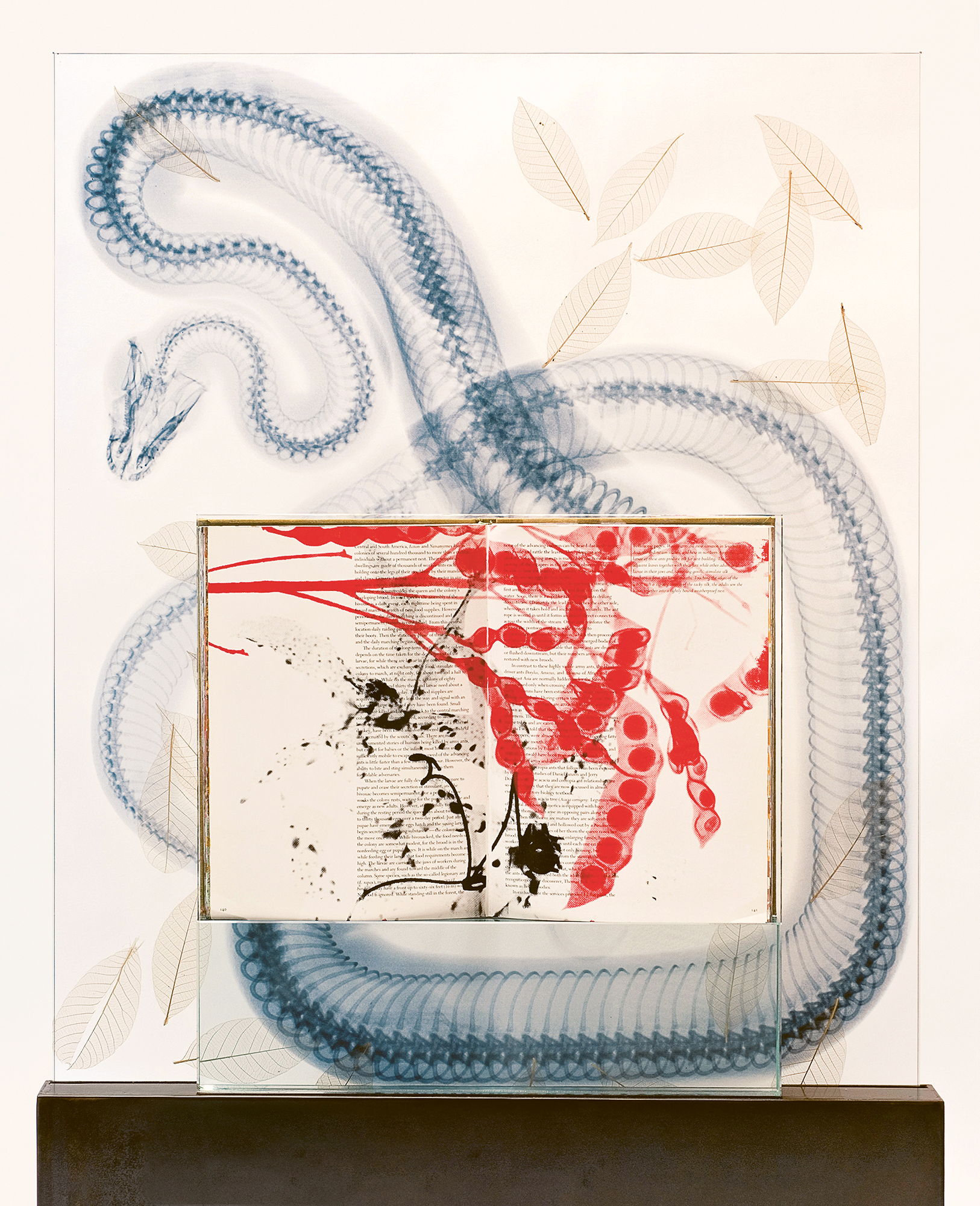 Artist Steve Miller combines science-based images in his work, which makes use of X-rays as well as photographs of flora and fauna. Steve Miller, Snake Leaves, 2011; from Seeing Science (Aperture, 2019). Courtesy the artist. 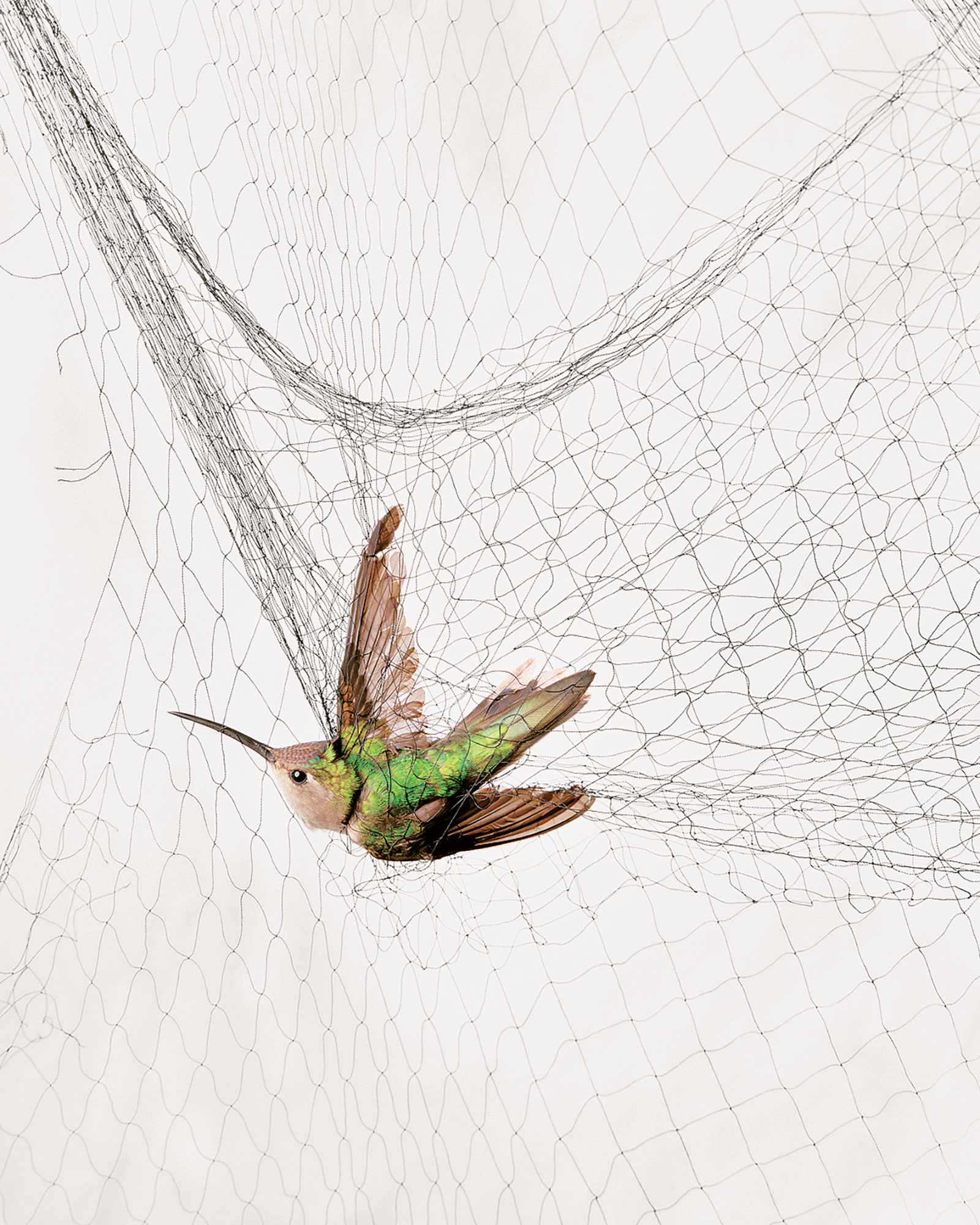 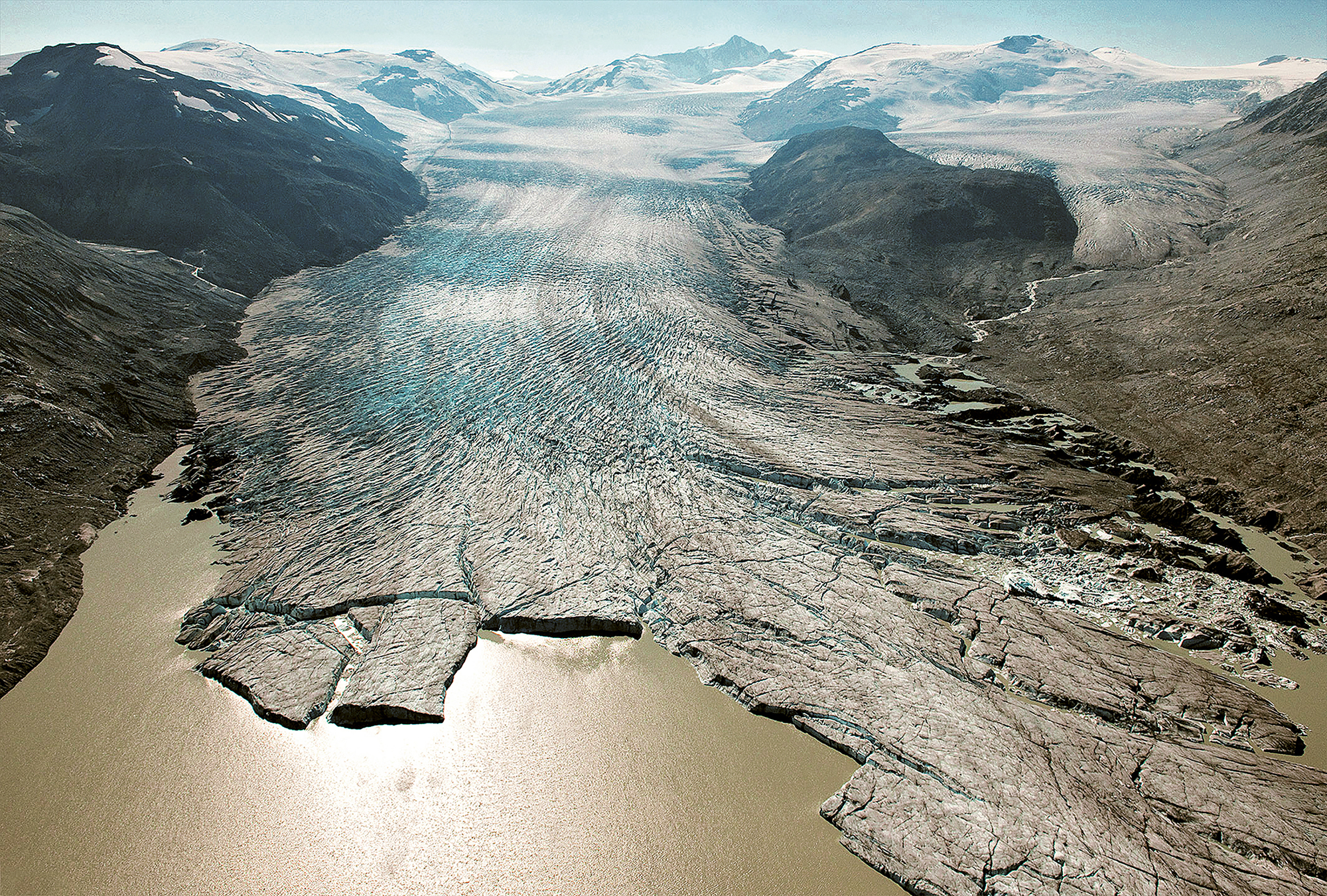 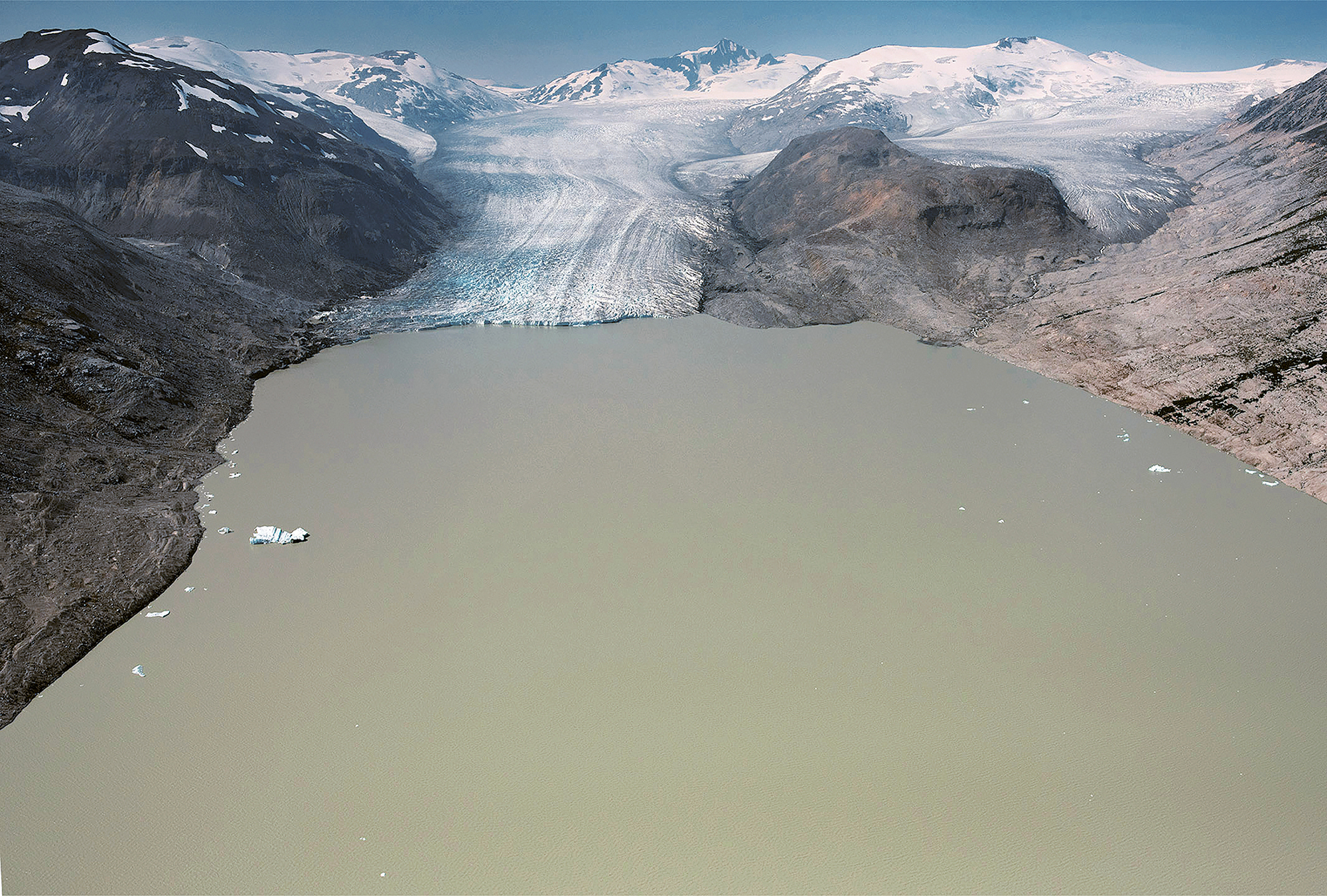 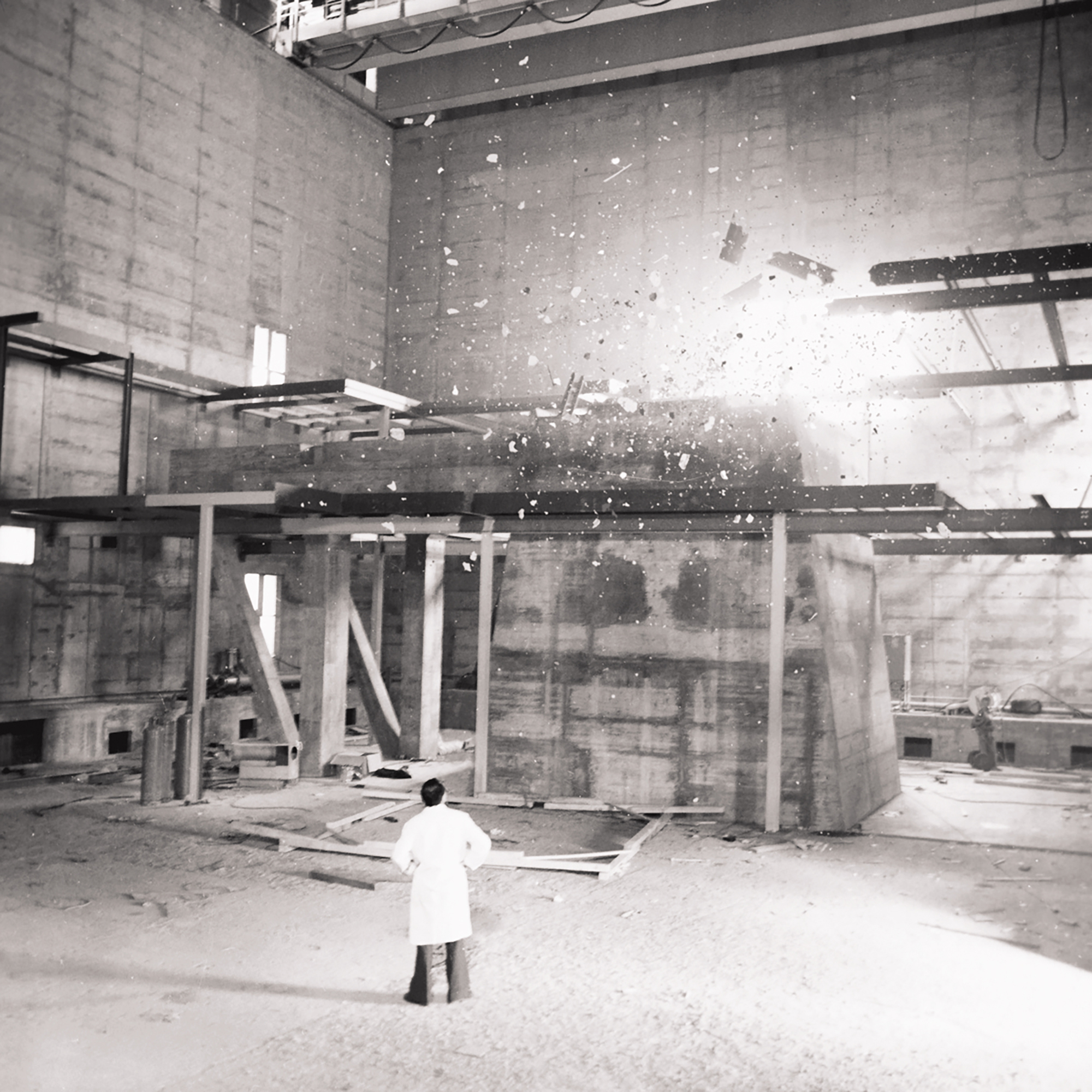 Nobel Prize-winning physicist Wolfgang Ernst Pauli was believed to have a mysterious effect when he entered a room—machines would stop working and experiments would fail. Artist David Fathi carefully manipulated a photograph of Pauli to capture his enigmatic qualities. David Fathi, Untitled 003, 2016; from the series Wolfgang. From Seeing Science (Aperture, 2019). All manipulations by the artist; All images from CERN Photo Archive. 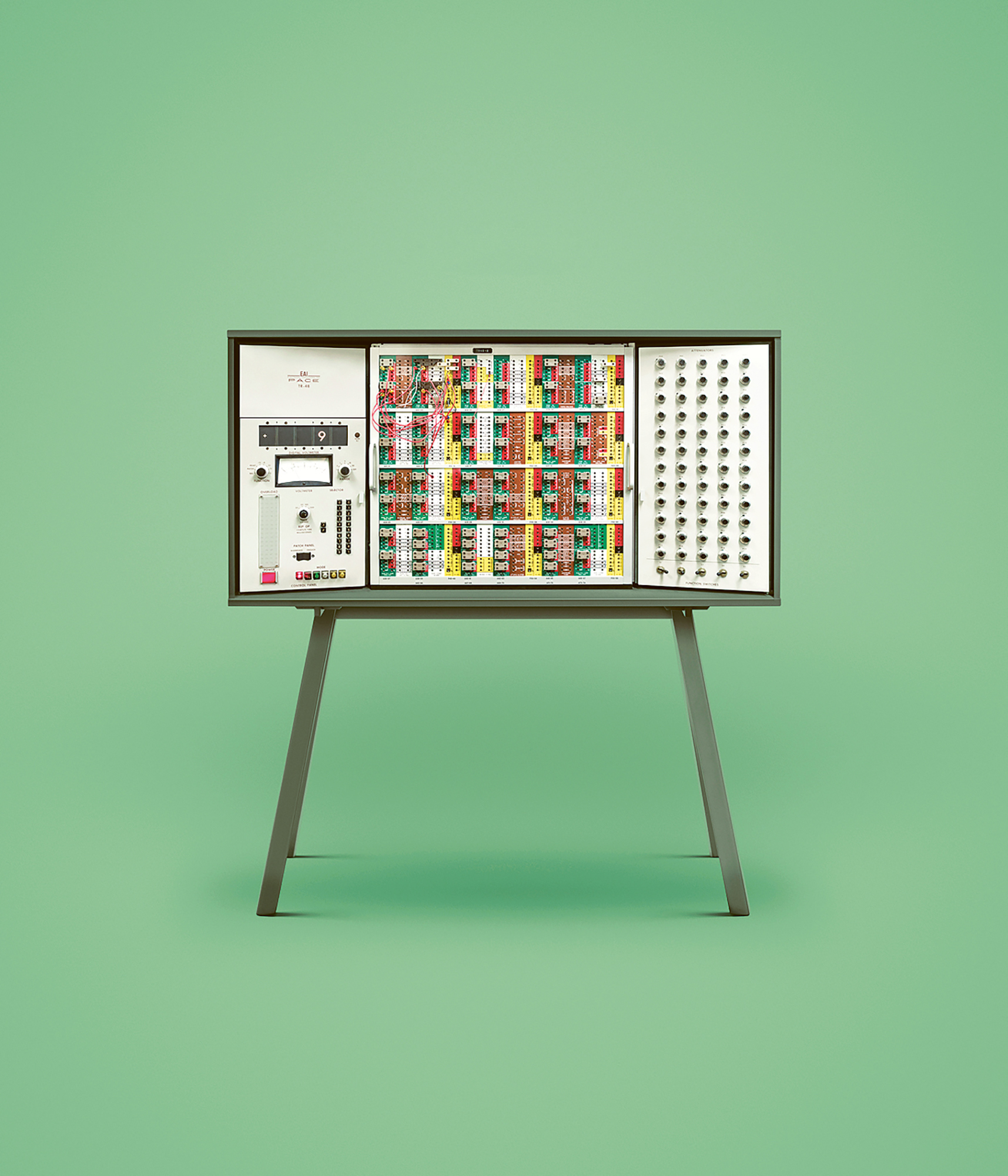 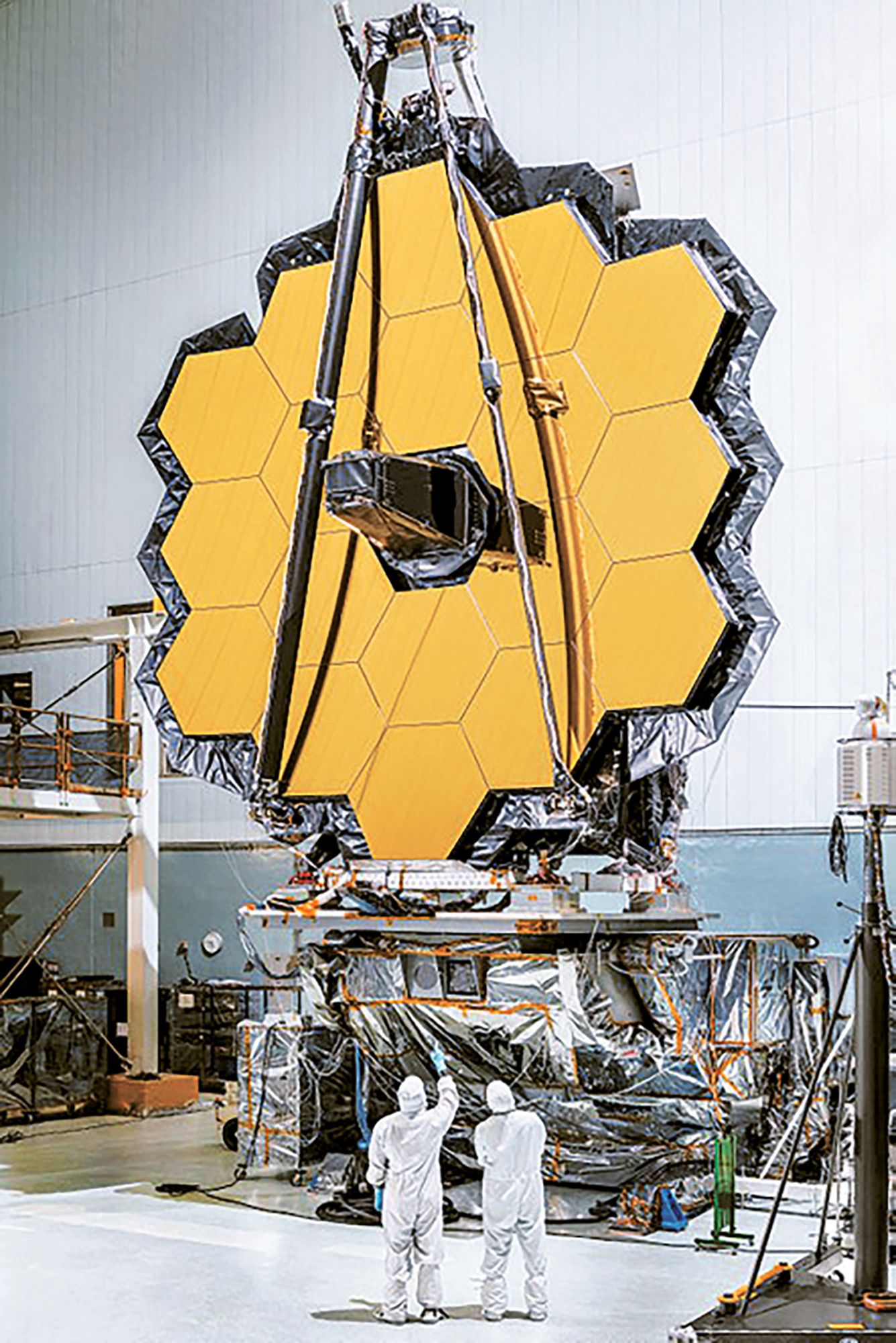 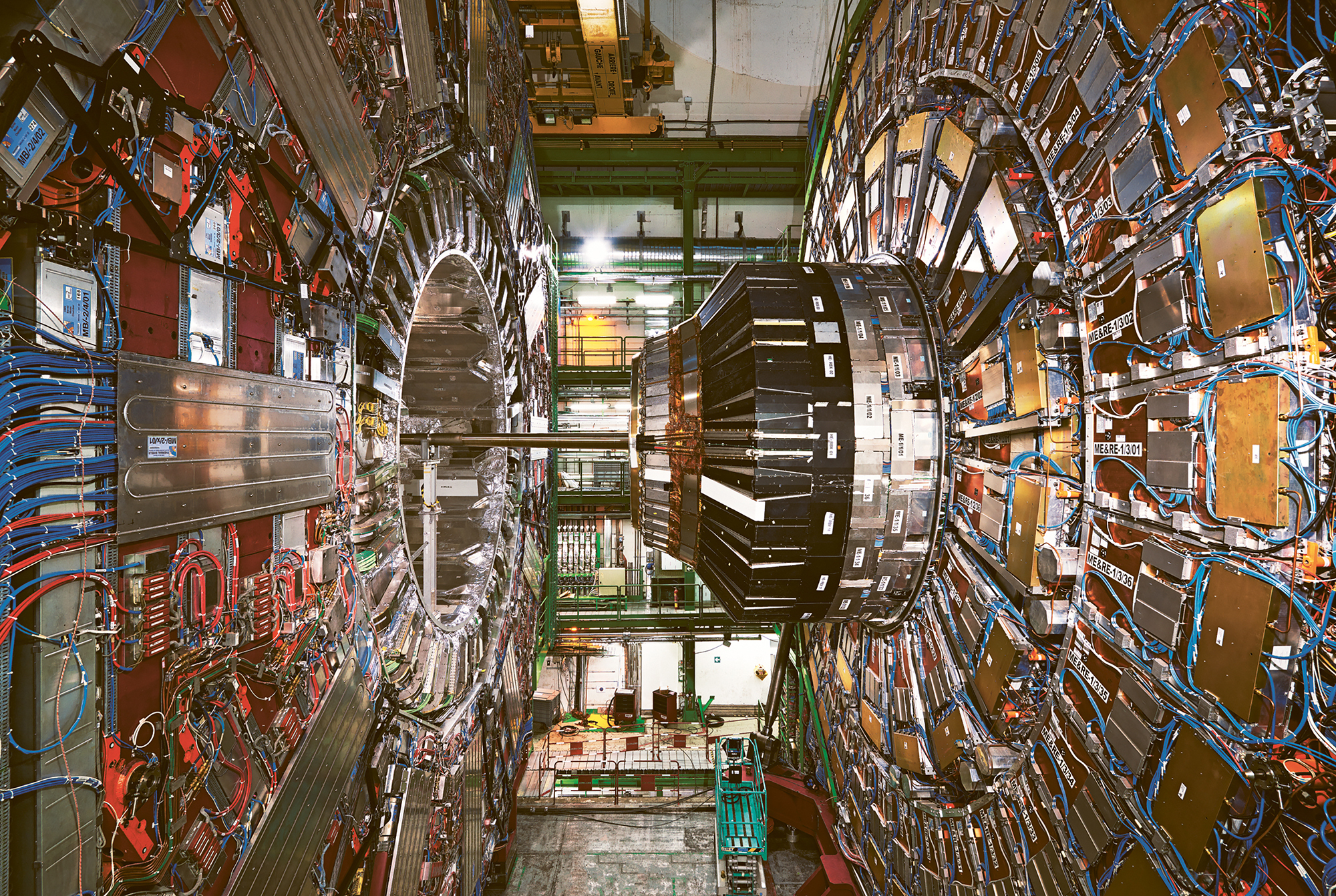 When the Voyager 1 space probe was launched in 1977, it was equipped with a camera to chronicle its travels through the cosmos. One of the images that astronomer Carl Sagan hoped the probe would capture was that of Earth as the probe left the confines of our solar system, leaving our little planet, a “pale blue dot,” behind. Sagan thought this image of a barely visible Earth could help humanity more precisely understand our place in a vast and endless universe. “There is perhaps no better demonstration of the folly of human conceits than this distant image of our tiny world,” he wrote.

Scientific images, spawned by explorations into worlds we cannot see with the human eye—be they too small and intricate or too large and far away—have not only helped humans understand themselves and their surroundings, but have also documented the advances and challenges of our times. A new release from Aperture, Seeing Science: How Photography Reveals the Universe, provides a survey of such images, from a X-ray diffraction photograph of DNA to an image of the Event Horizon Telescope, which will attempt to produce the first image of a black hole.

Scientists first began using photography to document the world around them and share their findings. British botanist Anna Atkins, often regarded as the first female photographer, worked with cyanotypes—shadow images that are created by placing objects onto light-sensitive paper and then exposing the paper and object to the sun. She created numerous cyanotypes to illustrate and share the various plant specimens she collected in her field work.

Scientific images also have the power to show us the fragility of Earth. Earthrise, the famous photograph taken by astronaut William Anders during the Apollo 8 mission, shows Earth rising over the surface of the Moon. The image shows just how precious—and vulnerable—our planet is. A beacon of life with its clouds, water, and green landmasses surrounded by the darkness and emptiness of space. Similarly, photography has been used to create a visual record of the effects of climate change. James Balog’s time-lapse images of the Bridge Glacier in British Columbia show how the glacier has melted over time, providing powerful and undeniable evidence of a warming planet.

To the general public, the labs, spaceships, and distant landscapes where scientists do their work can seem far removed from everyday life, but photography not only propels scientific discoveries, but continues to give scientists the ability to share their findings with the world. And through these images, we learn not only about the importance of science, but also about our place in the universe.