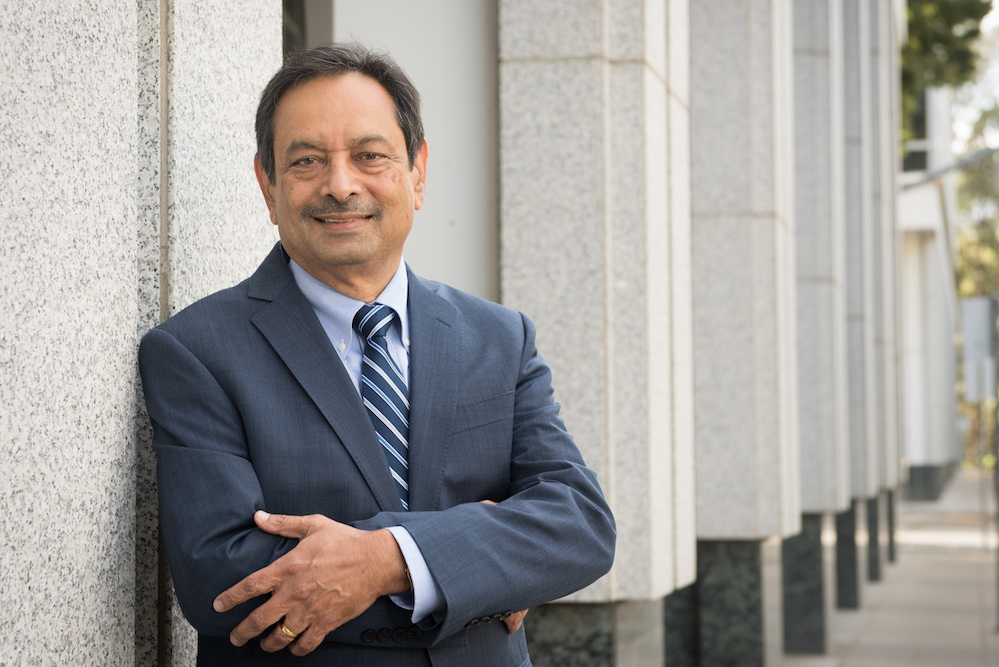 While studying dentistry in India, I saw many patients suffering from oral cancer. Photo courtesy of Beth Baugher.

Over the course of my career in India and the United States, I’ve seen how thoughtful innovations in dental policy can dramatically improve the oral health of whole communities, while making life much better for individuals.

I’m the state dental director in the California Department of Public Health. Our team collaborated with the California Department of Health Care Services and a number of partner organizations to create a roadmap for improving oral health in the state through the year 2028. Improving oral health requires not only enhancing dental care but also promoting healthy habits that help prevent tooth decay, gum infections and cancer—such as tooth brushing with a fluoride toothpaste, eating a healthy diet, and avoiding tobacco and sugary substances.

While studying dentistry in India I saw many patients suffering from oral cancer. In India, oral cancer is a common cancer because many people chew tobacco products. Unfortunately, most of these cancers were detected in late stages; people hadn’t sought care early because it wasn’t painful. When the cancer is already late-stage, treatment is not likely to be successful.

I wanted to find a way to prevent and detect these cancers in early stages, so I started thinking about studying public health. I chose to go to the Johns Hopkins School of Public Health because the United States had an impressive record of improving oral health through public policy.

Interestingly, America had developed a strong public health intervention for addressing tooth decay. In 1941, when the military was recruiting young men for the armed forces in the U.S., dental problems were the number one reason for rejecting young men entering the armed forces during World War II. This and other such reports about dental diseases led President Harry Truman to sign a law that created the National Institute for Dental Research for addressing dental diseases. As a result of the research conducted in several communities, the U.S. Public Health Service decided to support a national effort to add fluoride to the drinking water as a form of mass protection against tooth decay. This intervention does not require conscious effort on the part of individuals to get the benefit of fluoride.

As it happened, I started my career in public health just as the AIDS epidemic started. At that time, no one knew that AIDS was caused by the HIV virus, but dentists were seeing people who had unusual ulcers and tumors called Kaposi sarcoma in the mouth. Dentists were really perplexed to see this outbreak among their patients, and they didn’t know how to manage or treat this condition.

I was part of the New York state health department’s team studying this problem and addressing the transmission of the disease. The department ultimately recommended that all dentists should wear gloves, masks, and eyewear for treating patients. Beforehand, dentists were not wearing gloves while treating patients. A guideline was issued initially, and then it became a requirement through regulation. Now, you’ll never go to a dentist’s office and find them not wearing gloves, masks, and eyewear.

I was able to see the impact of this policy, which within a short period of time made all dental offices improve their infection control practice—not only for HIV and AIDS, but also for other diseases like hepatitis B. The policy really transformed the way infection control is practiced in dentistry and dramatically reduced the transmission of infection in dental settings.

That experience exposed me to the power of making big, system-wide changes in dental care. System-level interventions, like the infection control practice, and environmental changes such as adding fluoride to drinking water, have impressed me the most.

After that, I was involved in an effort to work on public health approaches for high risk groups, including pregnant women who had difficulty obtaining dental care during their pregnancies. When I was in dental school, we were told it was too risky to provide dental care during pregnancy. In 2000, while I was at the New York State Department of Health, a physician wrote a letter describing the terrible experience of a pregnant woman who didn’t get dental care in a timely manner. This woman took pain killers and had to be airlifted to treatment for liver toxicity and lost her baby. This, and other such reports, prompted us to assess the problems encountered by women seeking dental treatment during pregnancy and identify solutions. We convened an expert panel and discovered that contrary to the prevailing belief, it was safe to treat women who were pregnant. I led the efforts to develop guidelines for oral health care during pregnancy that are now adopted in many states.

I held multiple positions in New York State, including the position of state dental director, before coming to California in 2015. We published a report in 2017 that found that national reviews consistently ranked California in the lowest quartile of states with respect to children’s oral health. Tooth decay is a childhood condition more prevalent than asthma or hay fever. It is reported that children in this state miss approximately 874,000 days of school a year because of dental problems. Additionally, there are disparities within the state—some populations experience more oral diseases than others, some places have lacked fluoridated water, others have shortages of dental professionals, and some racial/ethnic groups are more likely to die of oral cancers that can be treated if detected earlier.

That experience exposed me to the power of making big system-wide changes in dental care. System-level interventions, like the infection control practice, and environmental changes such as adding fluoride to drinking water, have impressed me the most.

Interestingly, when it comes to the oral health of adults overall, California is ranked closer to number one. We don’t know exactly why this is, but we have a hypothesis. One of the indicators of oral health is whether people over 65 have lost all their teeth. If you look at all the states in the U.S. with higher rates of tobacco use—by that I mean West Virginia, Kentucky, Tennessee, Alabama—they have higher prevalence of tooth loss. When you look at states like California, Utah, Connecticut, New York, where the prevalence of smoking is very low, the tooth loss rate is lower. That tells us that it’s at least as important to address habits and lifestyle as to address dental care itself.

In 2015, when we started planning a roadmap for improving oral health in California, we wanted to tap into the potential of communities to transform themselves. The California Oral Health Plan 2018-2028 offers a structure for collective action by partners and stakeholders to assess and monitor disparities in oral health and the oral health status of children and adults, prevent oral diseases, and increase access to dental services, not only in traditional settings, but also in places where it can really make a difference, like schools—while also promoting best practices and advancing evidence-based care. These actions will promote healthy behaviors, including preventive care, and reduce oral diseases.

In the last four or five years, many parts of the state have come together to address oral diseases and promote policies and programs. For example, there’s a requirement called Kindergarten Oral Health Assessment. All children entering school should have an oral health assessment so they are healthy and without pain when they attend school. This will reduce school absenteeism and help children learn and perform better. Also, we are promoting dental programs in schools—either linking children to dental care providers by screening and identifying a source of dental care for those who need it, or providing preventive services directly in schools and, in some cases, even offering treatment services in schools.

At the same time, other initiatives have been implemented. The California Department of Health Care Services has launched an awareness campaign called “Smile, California” about dental services available through the Medi-Cal dental program. There is a new initiative, called the Dental Transformation Initiative, that aims to get more children into preventive services and dental treatment. Also, Covered California has increased dental insurance coverage for children and families.

This is an exciting time for all Californians to engage in this transformational effort to improve oral health, and I am fortunate to be part of this effort.