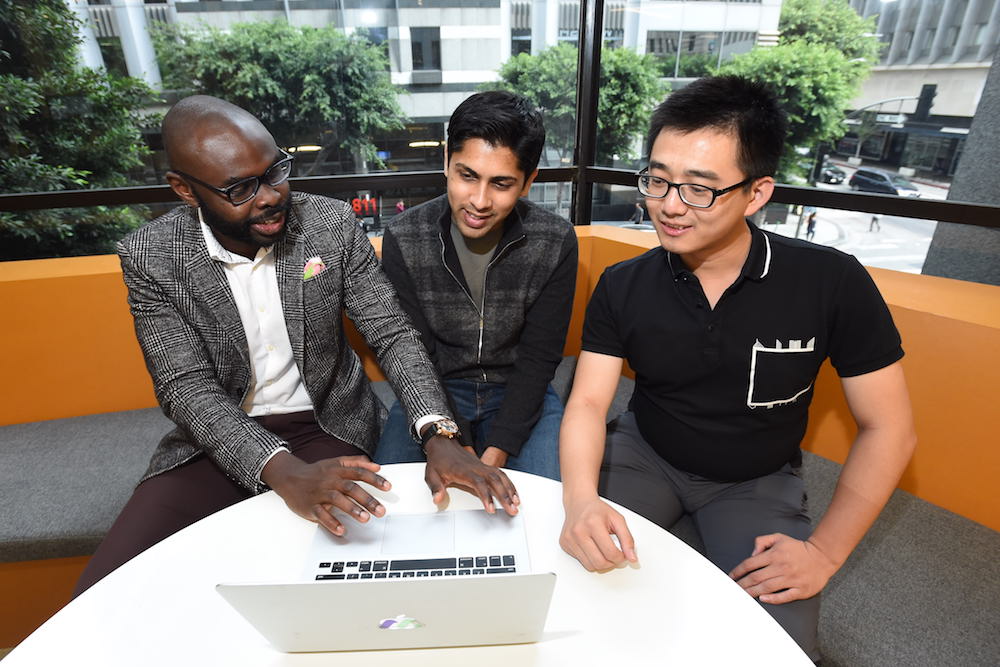 Immigrants are already essential to health care in California. But they will become even more important in the future.

Today’s health system is a giant mess—timely care is hard to find, drugs and treatments are ruinously expensive, and lethal mistakes are all too common. But things would be even worse without the immigrants who serve as doctors, nurses, and aides, often in places and in roles for which our clinics and hospitals can find no one else. In America, one in six medical professionals, and nearly one-third of physicians, are foreign-born; the numbers are slightly higher in California.

While many of these immigrant providers represent a stopgap for now, they also hold the promise of a brighter future. Immigrants bring not just their labor but also ideas that can help us imagine how to change our health system.

This will mean more than just encouraging immigrant providers, some of whom were schooled in practices missing from our impersonal health care—the value of individualized care, the importance of staying well as opposed to using drugs to fight disease, and the power of leveraging families and communities to improve public health. It also will mean prioritizing research, which means backing the immigrants who are responsible for one-fifth of all biomedical research and clinical trials.

And finally, it requires supporting entrepreneurial immigrants who turn research into treatments, devices, or drugs. In California, more than 40 percent of new companies are started by immigrants.

So I was intrigued but not surprised when I learned that a new tool to keep thousands of heart attack survivors from returning to the hospital was created by three immigrants—from India, Nigeria, and China—at a startup based in downtown Los Angeles.

Their start-up, Moving Analytics, marries health care innovation with the state’s famous technological know-how. Founded by Harsh Vathsangam, Ade Adesanya, and Shuo Qiao, the company’s efforts to improve cardiac care today show how much room there is for new ideas and new technology to transform Californians’ health over the next half-century.

But they also have had to make adjustments—particularly in trying to understand an American health system that is stranger and more complicated than any other on earth. Harsh says he found the extreme health disparities between rich Americans and poor, non-white Americans especially shocking.

I connected with the three co-founders in a very 21st-century California way. After trying to reach them online for a couple of days, I discovered that their office was in the very same L.A. co-working space, Cross Campus, where Zócalo Public Square, the producer of this column, is headquartered.

The story of how Harsh, Ade, and Shuo found each other is another small-world tale. Harsh, now 34 and the CEO, was born in India but grew up in different Middle Eastern countries before returning home to study at the elite Indian Institute of Technology Madras. At the institute, he met Shuo, a Beijing native who was also studying there.

After graduating, Harsh won a scholarship for grad school at USC, where he joined a robotics lab but ended up on a project that was more about health technology than robotics. Under the guidance of Gaurav Sukhatme, a computer scientist who would become a mentor and a member of the Moving Analytics board, Harsh invented new tech tools for health, including a communication device for kids with cerebral palsy.

USC was a magnet for Shuo, now 29, and Ade, also 29, who had come to the U.S. from Lagos, Nigeria to study electrical engineering at the University of Houston. Ade enrolled in USC’s engineering management program and got a job at the university’s Stevens Center for Innovation, where he worked with researchers to commercialize their intellectual property and form startup companies. One of the researchers Ade met was Harsh, who by then had secured two patents.

In 2013, intrigued by the potential of technology to improve the way people manage their health, the three men interviewed clinicians, hospital administrators, and others before deciding to take on the leading cause of death in the world—heart disease—because of the opportunity it presented.

One of the great failures of the American health care system is that only 15 percent of heart attack victims complete rehab after hospitalization. With rehab—which includes exercise and lifestyle changes—the likelihood that a heart attack survivor will live another five years doubles. Rehab also cuts the risk of a second heart attack in half. And yet, because rehab is time consuming, and may include extra costs for patients and lower remuneration for doctors, most patients don’t do it—which eventually lands them back in the ER. Or worse.

The Moving Analytics team thought technology might be able to achieve what our crisis-focused care system hadn’t—help patients follow a personalized rehab program from home, managing their medication and exercise and creating better health habits (like giving up smoking), while reporting their activities to their doctors and other caregivers. They sought out the best existing cardiac rehab program they could find, which is based at Stanford, and licensed its research, evidence, and care management system, called MULTIFIT, to create an app that remotely monitors and coaches people. The app is linked to hospitals and doctors so they can see patients’ programs; it is integrated with billing for insurance purposes. 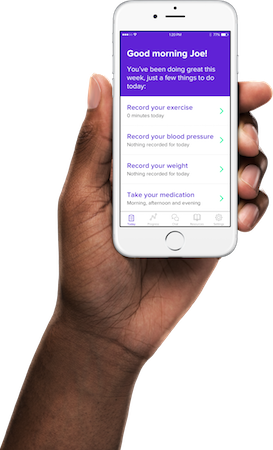 The company says its approach lowers rehab costs, requires fewer doctor visits, and, most important, gets 80 percent of patients through their rehab programs. The company has signed up clients including the VA and delivers cardiac rehab through major medical centers including NYU Langone Medical Center.

Moving Analytics, with its USC and Stanford influences, is clearly a California company—but its founders say it is profoundly influenced by their experiences as immigrants.

Their own struggles to translate concepts between languages and cultures has helped them design a health tool that they believe to be more intuitive and easier to understand for all kinds of people. And their strong commitment to home-based care reflects their own familiarity with national health systems that aren’t so tied to doctor’s offices and hospitals.

Ade attributes the company’s frugal style—they’ve managed all this with less than $3 million in venture funding—to their own belt-tightening habits. And the founders say their highly diverse staff of 15 reflects their strong belief in the advantages of diverse backgrounds and experiences.

“I don’t think we could have started this company in any other country,” says Harsh.

But they also have had to make adjustments—particularly in trying to understand an American health system that is stranger and more complicated than any other on earth. Harsh says he found the extreme health disparities between rich Americans and poor, non-white Americans especially shocking.

The peculiarities of American politics also have posed a challenge. Ade says their original business model capitalized on Obamacare incentives that encouraged hospitals to use remote care tools like theirs. But President Trump’s election and his rapid reversals of parts of Obamacare pulled the rug out from under them for a time. For a year they had no revenues, and had to cut their own salaries to survive.

“We lost a lot of business and had to go back from scratch really and try to build a business model,” says Ade.

Ultimately, they pivoted to a new model that focused not just on improving outcomes for patients and doctors but also on convincing insurers of the financial advantages of the technology.

Part of what makes the founders of Moving Analytics so tenacious is their firm belief that this new approach to cardiac care is only the beginning of a broader, systemic change in health care that will offer much opportunity for innovators like themselves. They envision a more effective, efficient, and inexpensive health system that looks more like Netflix, allowing patients to choose from a wide variety of care, and receive treatment from medical professionals, without always having to get to a doctor’s office.

“It’s not just about changing health care—it’s broader: how can technology better serve people,” says Shuo. “In health care, we think that means things will be patient-controlled and patient-centered.”

Harsh says it’s important that such a system is carefully designed so it makes health care better and more accessible for people with fewer resources. That’s a worthwhile mission for a lifetime.

“I have 50 or 60 years left and I’m in a place where I really have the opportunity to do whatever I want,” says Harsh. “So you gotta make your life worth something … being an immigrant, you have to prove more—the bar is higher.”