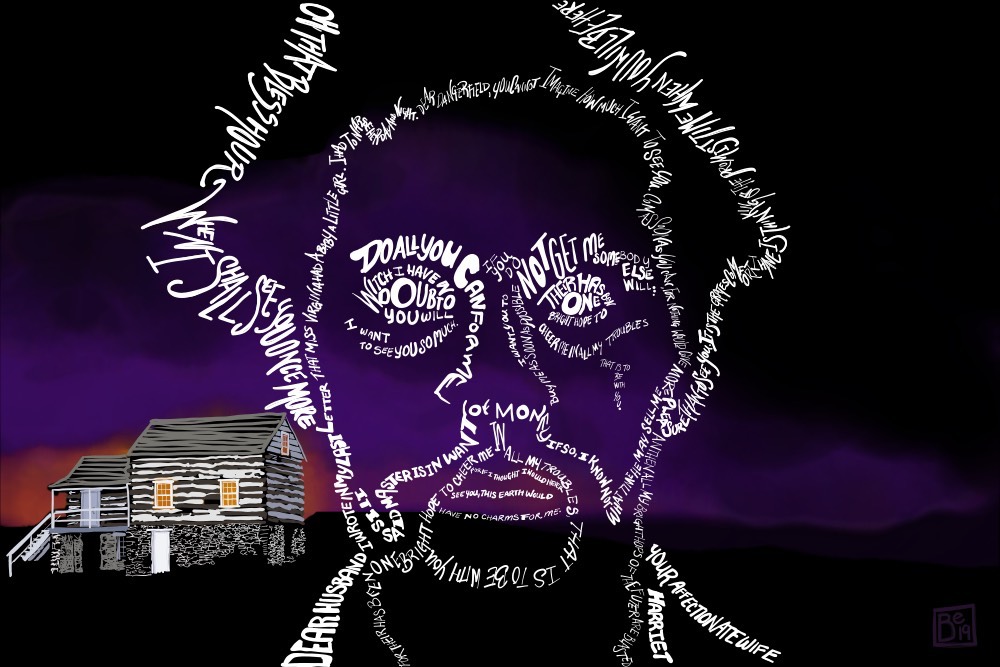 Every October 16 marks the anniversary of John Brown’s historic raid on Harpers Ferry in West Virginia in 1859. Accompanied by 18 supporters, Brown, a radical abolitionist, hoped to seize the federal arsenal at the confluence of the Potomac and Shenandoah Rivers and foment a slave rebellion that would ultimately bring down the South’s “peculiar institution” of slavery.

The anniversary always triggers much ado about Brown, whose failed raid is often described as the spark that ignited the Civil War. But lost in all the commemoration of Brown is the story of the five African Americans who went with him to Harpers Ferry. Over the years, they’ve been treated as footnotes, if mentioned at all, overshadowed by their martyred commander, whose soul, and legend, go marching on. But each of the five men of color came to Brown by a different route, and for different reasons.

Among them, none may have a more tragic and poignant story than Dangerfield Newby, who joined the raid to secure freedom for, and be reunited with, his enslaved wife and their children. Newby’s story echoes down through the generations, illuminating the complex mixing of races and society’s efforts to define humans by the color of their skin rather than by the content of their character, an affliction the Rev. Dr. Martin Luther King famously decried in his 1963 “I have a dream” speech.

The oldest of Brown’s raiders, Newby was born around 1820 to a white father and an enslaved mother. It may seem incongruous, but Henry Newby and Elsey Pollard, of mixed Native American, African and European ancestry, lived together as husband and wife in Fauquier County, Virginia, now part of the Washington, D.C. metropolitan area. Many years into their union, Henry Newby was determined to free his enslaved wife and their 11 children from their owner, a man named John Fox. Lacking the funds to purchase them, Newby obtained Fox’s permission to move the family to Ohio, where a state court had ruled that slaves setting foot “upon our shore” (of the Ohio River) would be free. So, in September 1858, the elder Newbys and their children moved to Bridgeport, in Belmont County, Ohio, across the river from Wheeling, West Virginia. There, most led prosaic lives, raising families and working as laborers, domestics, barbers, and miners. Dangerfield Newby, the eldest of the children, was a blacksmith and plied his trade throughout the state of Ohio.

When he was living in Virginia, Newby had maintained an enduring union with an enslaved woman named Harriet, who belonged to a Dr. Lewis Jennings, in Brentsville, then the seat of Prince William County, Virginia. The pair had as many as seven children. Even though Harriet remained enslaved, and thus unable to marry legally, she and Newby regarded themselves as husband and wife. But it was a union without rights—and when Jennings faced financial setbacks, he decided to sell Harriet and the children south to the cotton plantations in Louisiana. Life was much harsher for enslaved people on the labor-intensive plantations in the Deep South than it was in the Upper South, and demand was booming for enslaved workers there—Harriet and her children were seen as prime commodities who could fetch a handsome price.

Their own children were all well, Harriet wrote, adding, “I want to see you very much … Oh, Dear Dangerfield, come this fall without fail, money or no money. I want to see you so much. That is one bright hope I have before me.”

Newby tried to head off the sale, offering to purchase his family from their owner. In 1858 and 1859, from his earnings as a blacksmith, he made three deposits to the Bank of Ohio totaling $742 (about $23,000 in today’s dollars). Jennings demanded more—$1,000, by one account—and the deal fell through. As Jennings prepared to sell the family to the highest bidder, Harriet wrote three increasingly desperate letters to Newby, who was then living in Ashtabula County in northeastern Ohio, an abolitionist stronghold.

The letters, addressed to “Dear Husband” and signed “Your affectionate wife,” were dated April 11, April 22 and August 16, 1859. Newby was, Harriet wrote repeatedly, her “one bright hope.” In the first letter, Harriet reported that “Mrs. gennings,” her master’s wife, had been sick after giving birth to a baby girl, and Harriet had stayed with her “day and night.” Their own children were all well, she wrote, adding, “I want to see you very much … Oh, Dear Dangerfield, come this fall without fail, money or no money. I want to see you so much. That is one bright hope I have before me.”

Harriett received a letter back on April 22 and responded the same day. “I wrote in my last letter that Miss Virginia had a baby—a little girl. I had to narse her day and night. Dear Dangerfield, you cannot imagine how much I want to see you. Com as soon as you can, for nothing would give more pleasure than to see you. It is the grates Comfort I have is thinking of the promist time when you will be here. Oh, that bless hour when I shall see you once more.”

Throughout this time, it was increasingly clear to Newby that negotiations with Jennings would not succeed. So in June Newby met with Captain John Brown, as the famous abolitionist came to be known, who sought to mobilize an army of escaped slaves to join him in a free republic that would be established in Appalachian Virginia and from where they would wage guerilla wars on valley plantations, liberate more slaves, and, ultimately, end slavery.

Brown was attempting to recruit African Americans for his planned raid, but when Newby approached him, he was skeptical, thinking Newby wanted money. But the blacksmith was motivated solely by his hope that by joining with Brown he could somehow liberate his enslaved family, and Brown took him on.

When Brown and his supporters assembled at a farmhouse five miles from Harpers Ferry to prepare for their assault, Newby brought Harriet’s letters with him. Plaintively, he would ask Brown when he could respond to Harriet’s letters. “Soon, Dangerfield, soon,” Brown would tell him, probably because the group was living clandestinely in the farmhouse. That time never came. Newby was quiet and sad, as Brown’s daughter, Annie, would recall years later. In his only known photo, Newby, in his thirties, appears well into middle age, with deep bags under his eyes, and his sad face speaks volumes. 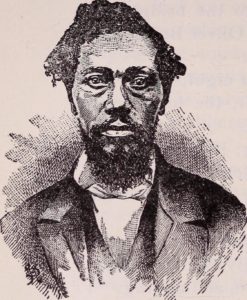 A woodcut of the only known photo of Dangerfield Newby, who—though only in his thirties—appears well into middle age. Printed in John Brown and His Men by Richard J. Hinton, 1894. Courtesy of Internet Archive Book Images/ flickr.

On October 16, 1859, a damp and chilly Sunday evening, the raiders marched in double file down a dark country road leading to the ferry. Two men in front shouldered arms, while the rest followed a horse-drawn wagon carrying Brown. They marched in silence, as if in a funeral procession, Osborne Perry Anderson, the raid’s sole survivor and one of the five African Americans, later recalled. A funeral procession is, in fact, what it was.

Crossing the Potomac River bridge, the men quickly seized the arsenal and occupied Harper’s Ferry. Resistance came the following morning, as local militias and armed arsenal workers converged on the scene. By then, Brown, along with several of his men and hostages, had holed up inside the arsenal’s fire engine house, a small brick building that became known as John Brown’s Fort.

Newby was deployed to guard the fort’s entrance to the Shenandoah River bridge to keep open a potential escape route and fend off a potential counterattack. When two men encroached on the perimeter, he fatally shot them both. Newby then tried to retreat to the relative security of the fire engine house, crossing an open area, when a sniper firing from the second floor of a nearby building cut him down. Lacking bullets, the shooter had instead inserted a six-inch spike into his rifle barrel. This missile struck Newby in the neck and he fell, mortally wounded—the first of Brown’s men to die.

As he lay on the street, angry townspeople approached, poked sticks into his wounds and cut off his ears for souvenirs, along with his genitals. Then they left his mutilated body for the hogs. Animals rooted around in his remains, then scampered away. Dangerfield Newby’s mutilated body stayed in the open for more than a day and a half before his remains were buried with those of seven other raiders in a shallow grave half a mile up the Shenandoah River.

Brown’s rebellion ended after 36 hours, when a contingent of 90 marines, under the command of Col. Robert E. Lee, battered their way into the arsenal firehouse. Brown and four others—including two African Americans—would be captured, tried, convicted, and executed a few weeks later. Anderson, the sole survivor, fled from the arsenal gate with Albert Hazlett, who was later captured, crossing the Potomac into Maryland. Anderson escaped to Canada and died impoverished and in obscurity in the District of Columbia, in 1872.

Even though it failed, John Brown’s raid had a cataclysmic impact, further polarizing the nation over the issue of slavery and leading to the civil war that resulted in as many as 750,000 deaths—and in constitutional amendments that abolished slavery, established birthright citizenship, and promised formerly enslaved men due process and the right to vote.

These events did not immediately transform the lives of Harriet Newby and her children. Though no bill of sale has been found, other evidence, including census records, indicates that Harriet and the Newby children were indeed sold South in the early months of 1860. Most likely, they wound up in a camp for formerly enslaved people known as “contrabands,” after Union troops occupied much of southern Louisiana early in the war. The widowed Harriet married a man named William Robinson, from Berkeley County, West Virginia, who, records suggest, was serving in the Union army in Louisiana. Together, they would raise three of their own children, along with Dangerfield’s, and return to Virginia, where they settled near Mount Vernon. Harriet Newby died in 1884, and Dangerfield’s and her descendants still live in the D.C. area and beyond—some as far away as Cannonville, Utah. Their mixed-race heritage is a haunting reminder of the legacy of slavery, and some descendants struggle with society’s racial labels. In American’s lingering color caste system, who are they? What are they? Where do they fit?

Philip J. Schwarz, a professor emeritus of history at Virginia Commonwealth University, researched the Newby family saga and told their story as part of a 2001 book, Migrants from Slavery: Virginia and the Nation. “This is my Diary of Anne Frank,” he has said. “Whenever I feel I might be complacent or detached from my studies of slavery, I touch base with Dangerfield Newby. It is a sacred obligation for us to follow through on our study of human beings, especially if their history is hidden.”