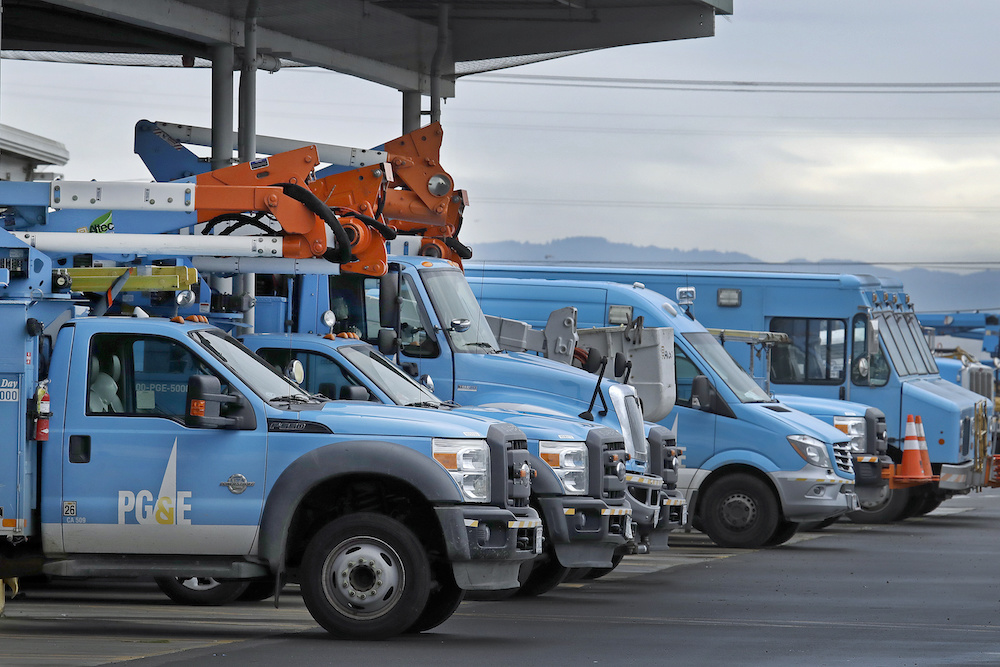 I felt moved to write this thank-you note because so many of your 16 million California customers have been so ungrateful. No corporation in this state has done more than you to awaken the public to the challenges California faces from climate change, faltering infrastructure, and dysfunctional regulation, and it’s high time we acknowledged the enormity of your civic contribution.

Thank you, first of all, for your transparency. While some rage at how you abruptly shut off power to more than 2 million people, I marvel at how your action so clearly signals that your power infrastructure is so dangerous that it can cause a deadly wildfire disaster anywhere, and at any time—and that there is nothing you can do to stop it.

Thank you for your courage in letting the public know that you did not base your decisions to impose outages on any standards for what represents unacceptable danger from power lines, because you have no real standards. Thank you, too, for not revealing any actual data on whether shutoffs—by making it harder for local emergency crews to alert people about dangers or respond to blazes—might be more dangerous than fires. I also appreciated how you directed people to your website even when your website was down because, well, I enjoy farce.

I know most people are criticizing you for all this, but I wish to commend you. You have sent a crystal-clear message: It is not you, but we Californians who are responsible for keeping the power on during emergencies—or during hot and windy weather, or at any other time you feel like turning the lights off. In this state of warming weather, persistent drought, and millions of dead and combustible trees, this is good information to have.

I must congratulate you, too, on your cultural impact, as your behavior is already redefining the California lifestyle. You’re bringing back candlelight, which is often beautiful. I also appreciated that report in the San Francisco Chronicle about your top employees going to a Sonoma winery for a special work dinner just as you cut power. This sent two messages: First, never let calamity stop you from patronizing California businesses. Second, be sure to rely on generators for power, like that winery does.

All of these smaller messages you’ve sent add up to a bigger, public-spirited one: Californians really need to engage on questions of energy, electricity, and infrastructure that we prefer to ignore.

We live in times of polarization and division, where getting people to just agree on the facts is a tough task. And yet, you have gotten us to reach near unanimity on one point—that you are terrible. Indeed, no other California company, with the possible exceptions of Wells Fargo and Facebook, has so relentlessly made the case for its own demise.

We’re finally paying attention to your total failure to maintain your power lines, and the extortionate prices we pay for electricity—so high that they contribute to our nation-leading poverty and the outflow of manufacturers.

In addition, you’ve shined a spotlight on the folly of state bailouts for utilities. Last year, the legislature bailed you out by permitting you to borrow from the state to cover fire damage costs, and pay the bonds back using ratepayer funds. Within months, you went and declared a bankruptcy so you could avoid paying the real costs of those damages.

Then this year, you got the governor and legislature to set up a $21 billion fund to pay future fire victims’ claims—but within months, you made a statewide joke of that with your massive outages to protect yourself from more fire claims. Thank you for clarifying why the official term for what you are—Investor-Owned Utility—is often rendered as the acronym IOU.

In the process, you’ve exposed our politicians as shills for you. Multiple scandals involving your misbehavior over the past decade showed that Jerry Brown was protecting you. And this year, you’ve unmasked Gavin Newsom, who supported your shutoffs at first, before he started complaining about the outages’ effect on the crush at his winery. He then pivoted to outraged opposition to the shutoffs—and to begging billionaire Warren Buffett to take you over and thus save the state.

Most profoundly, you’ve revealed the hollowness of California’s supposed climate leadership. Our state leaders have created all sorts of formulas and promises to reduce greenhouse gases on a schedule, but they’ve done little planning and less managing of the costs and impacts in Californians’ lives. What that means is that, by default, they’re closely tied to you—one moment arguing that we must bail you out because you lack the funds to adjust the energy system to the new realities of climate, and later claiming you’re the only entity with enough money to pay for the climate-related investments California will need. This doesn’t make any sense at all, and it’s terribly frightening, and I guess I need to thank you for that.

Underneath all of this is a much larger truth: Your failures have shown that California doesn’t face just blackouts but a multi-faceted crisis that involves electricity, gas, land use, housing, climate change, and democracy itself. You have shown that we must rethink where we live, how we live, and how we pay and insure and govern all of it. 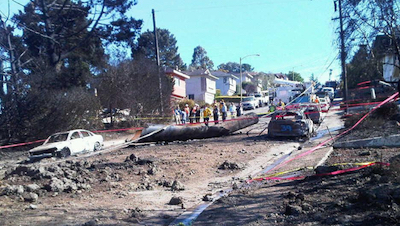 The devastation after the explosion of a PG&E gas pipeline in San Bruno in 2010. Courtesy of Wikimedia Commons.

I suppose that one silver lining to your failures is how you’ve really opened up people’s minds to alternatives. Your blackouts were a multi-billion-dollar advertisement for roof-top solar, wind generation, smart-grid technologies, the micro-grid, community choice aggregators, direct access service, and any other method for procuring electricity outside investor-owned utilities.

You’ve also created space and momentum in Sacramento for splitting you up, or making it easier for more municipalities to set up their own publicly owned utilities. There’s even talk of a full state takeover of electricity, with a few policymakers studying how that has worked in Nebraska.

In short, you have unified the state. We live in times of polarization and division, where getting people to just agree on the facts is a tough task. And yet, you have gotten us to reach near unanimity on one point—that you are terrible. No other California company, with the possible exceptions of Wells Fargo and Facebook, has so relentlessly made the case for its own demise.

You are thus the unifying scapegoat that could inspire action. So in return for my thanks, I ask only this: Please don’t change. Don’t clean up your act. Because we Californians need you, just the way you are, if we are ever going to come together and build a new system to replace you.