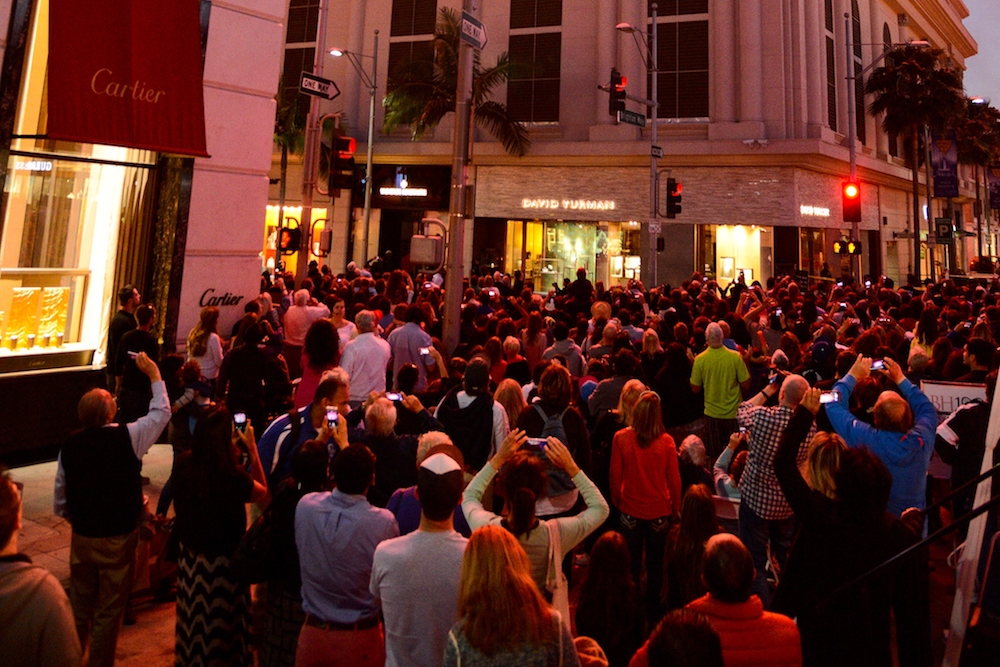 Is it still worth getting to know your neighbors?

I found myself wondering that on a recent Saturday afternoon as I contemplated attending a block party in my San Gabriel Valley neighborhood. It would be the first such party on our street since we bought a home there in 2011. I had had nothing to do with preparations—I’d been traveling a lot—and I wasn’t looking forward to it.

We’d been happily living there for eight years, and hadn’t had any problems with neighbors, even though we didn’t know them particularly well. And I had learned, from visiting neighborhoods around our state, how quickly relations can sour between people in this era of anger and accusation. As the party approached, and I took a look at a long list of undone household chores, I began plotting the excuses I could use to convince my wife to let me skip it.

My reluctance is very Californian: Polls show that most of us love our neighborhoods, but we are less sure about our neighbors. While recent surveys suggest that our levels of civic engagement are rising, more extensive studies have shown us lagging behind the rest of the country in neighborliness. Californians are less likely than other Americans to work with our neighbors to improve the community, to exchange favors with our neighbors, or to belong to community groups.

Theories for this abound, from our state’s huge size and diversity (our lack of neighborliness is in line with results from Florida, Texas and New York) to our long commutes (which keep us away from our homes). Another possibility is that our local governments discourage engagement in various ways, because they regard close neighbors as potential NIMBYs—more likely to band together to oppose projects than folks who don’t know one another.

I’m a pretty good example of the many reasons we fail to engage with our neighbors. My job is time-consuming and can require work at all hours, so when I’m actually home, I’d rather sleep, cook, or watch Netflix than work on a community project. When I do engage locally—volunteering at school or coaching Little League—my real agenda is spending time with my three kids.

And I am desperate to avoid local politics, because I know, from traveling around California, that our most bitter fights pit neighbor against neighbor over housing, homelessness, traffic, and development. It’s much safer to write about such things than to participate in them. And if you get crosswise with your neighbors in California, it’s hard to escape them; between the high housing prices and Prop 13 protections for longtime owners, people here are less likely to sell their homes and move away.

For all these reasons, I kept my distance when a woman and two children from Canada recently moved into the place across the street. She seemed too eager to engage, too quickly. No sooner had she suffered a bike theft than she began contacting neighbors to document other property crimes on our block. I unsuccessfully tried to talk my wife out of going to a meeting at the Canadian’s house to discuss starting a neighborhood watch. Property crimes, I reasoned, are just the price of living in the middle of Los Angeles County.

But a neighborhood watch was formed without me, and its first project was a block party. Block parties are a World War I-era invention that became popular in the U.S. in the 1970s. They’ve never been as common in Southern California as they are in Chicago or New York, though. For one thing, we’re reluctant to stop traffic for something as small as neighborliness.

I recognized almost every face, but most of the names were new. People were eager to share their stories. I discovered that I knew many of the neighbors from other contexts—Little League, the Y, or the Mandarin immersion program at the boys’ elementary school—without realizing they lived on the street. A woman whom I serve on a school committee with lives just up the block.

The Canadian came to the door to get our signatures in support of the block party—it’s required to get city permission to close down the street to traffic, and to set up lights, since our party would be in the evening. We agreed to bring brownies, even though our neighbor kept calling me Dave, which was vaguely annoying. Or was she flattering my musical ability—did she think I’m Dave Matthews?

On the appointed Saturday, I was still inside our house, contemplating whether to go out, when two of my boys noticed that the street was now a car-free playground, and raced outside on their scooters, with me in pursuit.

We confronted a considerable tableau. The neighbors on either side of our house—the two people who I knew well enough to have been inside their homes—were out grilling hamburgers, hot dogs and desserts. A third neighbor had set up a full bar.

And it seemed like everyone else in the neighborhood was already out on the street. There were kids playing ball and cornhole, and drawing with chalk on the sidewalk. An elderly woman, who I’d never seen before on the street, showed up in her wheelchair.

I recognized almost every face, but most of the names were new. People were eager to share their stories. I discovered that I knew many of the neighbors from other contexts—Little League, the Y, or the Mandarin immersion program at the boys’ elementary school—without realizing they lived on the street. A woman whom I serve on a school committee with lives just up the block.

My neighbors filled me in on the local history. I learned all about the Greek American man who had owned our own home from 1945 to 2011, when he died at age 102. And my neighbors also talked through the history of their own homes. Many houses on our block had stayed in the same families for a couple of generations; no one wants to sell, because here in the heart of greater Los Angeles, no one could ever afford to buy back in.

My neighbors are a diverse group—in race, ethnicity, age, and occupation. What we had in common, in this slice of upper-middle-class Southern California, was higher education. By my account, more than half the residences had at least one person with a UCLA degree.

Old-timers told me there hadn’t been a block party since 2001. That one was held right after 9/11, as a way to calm fears. Several people said that we should have a gathering every year.

After four hours, it was dark and a little cold, but most of the neighborhood was still on the street. I excused myself to put the kids to bed. But I didn’t want to leave.