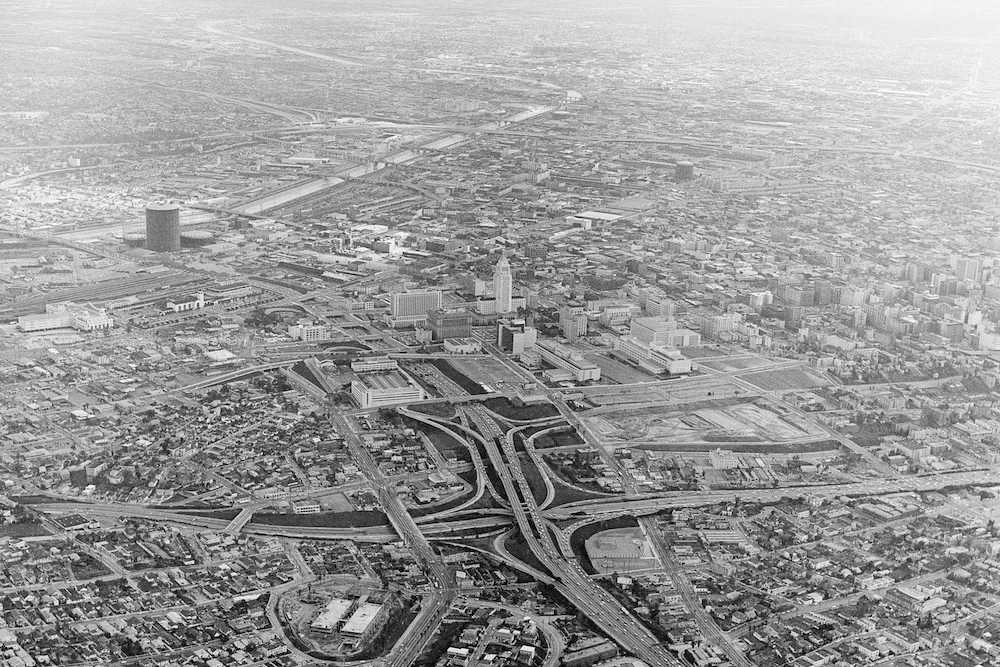 Too many California are now stuck in a gray zone. Courtesy of David F. Smith/Associated Press.

California is stuck in the gray zone.

“Gray zone” is a term the military uses to describe the space between peace and war, a time and place that provides opportunities for the powerful and well-armed while posing dangers for citizens caught in the middle.

In California today, the phrase explains the perilous place in which our communities find themselves as the state pursues major changes in how we regulate drugs, respond to homelessness, and sentence criminals.

In each of these policy areas, California and its voters have righteously demanded major transitions that move people out of the darkness of illegal drug sales, sleeping on the street, and lives stalled by criminal records—and into the light of legal cannabis businesses, permanent lodging for the homeless, and second chances for ex-cons.

But Californians and our governments keep tripping ourselves up when it comes to making these transitions happen. As a result, too many people get caught in the gray zone between black market and white market, between illegal and legal, between street and home.

Why are these transitions so challenging? One reason is that they pose a paradox. When you are pulling people across a societal dividing line you can’t simply erase the line. You have to maintain enough of a border to keep those you wish to aid from too easily going back.

This paradox is seen perhaps most clearly in California’s faltering shift to legal cannabis. For years, the state has tolerated a growing, multi-billion-dollar black market for recreational cannabis.

The 2016 statewide vote to legalize cannabis posed a conundrum, with state and local governments discovering they had to accomplish two seemingly contradictory feats. First, they had to build a new regulatory and tax regime to govern a new legal market. But second, to make sure that black market participants would move into that legal market, they had to enforce laws against cannabis that they had ignored in the past.

So far, California has failed to meet either challenge. Instead of creating a welcoming regulatory and tax structure that would promote a legal market, many local communities have resisted developing proper rules and permitting for legal cannabis, while state taxes and regulations have added to the costs of going legal. And instead of spending more money to enforce laws against black market operators, localities and the state have mostly looked the other way.

We can’t just declare some grand new transition in social policy at the ballot box or in the legislature. We actually must spend all the money and enforce all the laws necessary to complete what we promised to take on.

These twin failures have landed many cannabis businesses in a gray zone between the illegal and legal markets. Those who want to start new legal businesses find it hard to do so. And those in the black market have taken just enough steps to appear semi-legal and stay out of law enforcement crosshairs. According to one analysis, this gray market of California cannabis is now entrenched, with $5.5 billion in revenues last year—far more than the legal market’s $3.7 billion.

A similar dynamic is developing in policies around homelessness. State and local governments have sought to decriminalize homelessness, stopping police sweeps against encampments, and removing requirements around drug use and health status that used to keep some homeless people from being eligible for housing supports. Instead, our governments want to put people into housing first, and then help them with other problems.

But the transition to housing-first homeless policies has been bumpy. Housing is costly and takes time to build in California—which has meant that we still don’t have the amount of it that we need. Meanwhile, the cutback in enforcement of vagrancy laws has reduced some of the leverage communities once had to force eligible people off the street and into housing. The result has been more visible homelessness—and rising frustration from Californians who voted for billions of dollars for homeless housing, but now see the problem getting worse.

A comparable paradox dogs the state’s transition away from long sentences and mass incarceration. In this decade, Californians have approved two ballot measures in this direction. Prop 47, passed in 2014, reduced penalties for property and drug crimes. It also allowed for prisoners to seek resentencing to achieve early release, and for felons to petition to have prior crimes reclassified as misdemeanors to make it easier for them to secure jobs and public benefits. Prop 57, approved in 2016, allowed for parole for non-violent offenders, and changed other rules around sentencing.

While these new policies were bold, the state has been timid about actually supporting people who want to rebuild their lives. Governor Jerry Brown resisted calls for greater funding for programs—from counseling to training—to help felons re-enter the legal economy. Nonprofit efforts to support these transitions have been underfunded and organizationally troubled—perhaps most strikingly in Salinas, where the notorious gang Nuestra Familia infiltrated MILPA, a highly praised collective supporting criminal justice reform and youth leadership, according to an investigation by Monterey County Weekly and Voices of Monterey Bay.

As a result, too many California are now stuck in a gray zone—no longer in prison, but unable to make a transition into legitimate economic life. A Public Policy Institute of California study found a potential connection between Prop 47 and a recent increase in larceny and thefts across the state. And prosecutors and police claim that, under the reforms, they no longer have the threat of incarceration to force non-violent offenders into diversion and counseling that might change their behavior.

Californians desperately need to look at these gray zones—and then look in the mirror. We’ve grown too comfortable living in this murk—and too accustomed to touting our high ideals without making the sacrifices required to enact them.

We can’t just declare some grand new transition in social policy at the ballot box or in the legislature. We actually must spend all the money and enforce all the laws necessary to complete what we promised to take on. Otherwise, we’re just disrupting the lives of less fortunate Californians with our half-finished plans.

The biggest gray zone in California now is the space between our good intentions—and our realities.