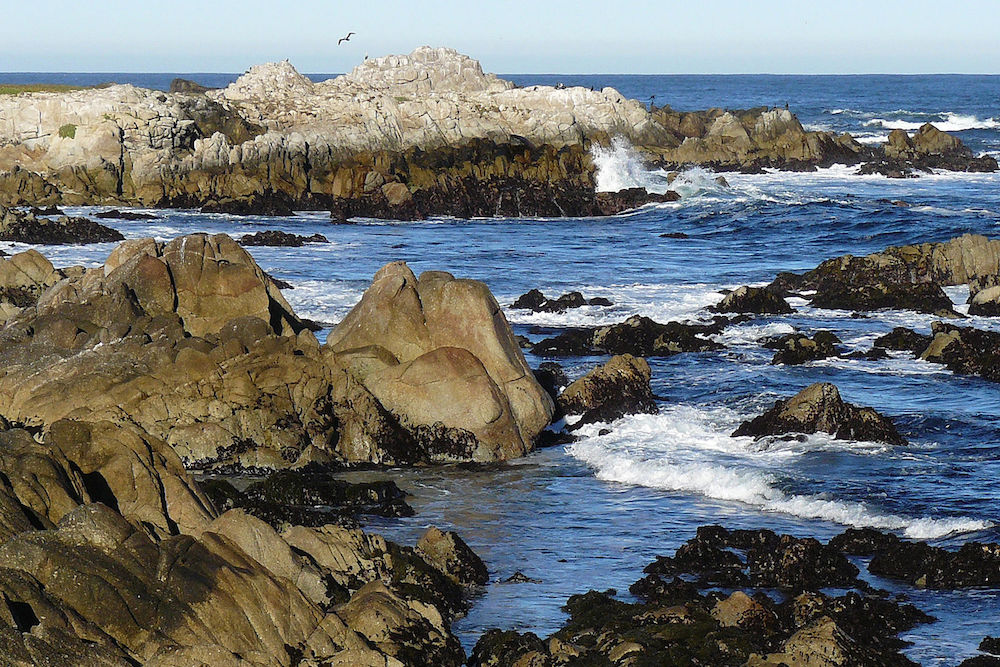 For this peculiar time, there may be no more desirable California place than that small strip of coastal Monterey County, within the city of Pacific Grove. Asilomar is more than just an unusual state park that includes a state beach, and a historic hotel and conference grounds. It’s also a versatile refuge where you can either isolate yourself or be with others.

And in a state as crazy and wired as ours, Asilomar is the rare place where Californians might actually find some peaceful sleep.

I’d been pining for the pines of Asilomar long before the coronavirus shut down our daily lives. A few months ago, I made reservations for my family to spend a long weekend of the kids’ early April spring break there with my mother-in-law and father-in-law, who have never been. My wife suggested the trip because Asilomar is that rare location where I, an annoyingly energetic person who works all the time, can actually shut down and relax.

Two weeks ago, however, Gavin Newsom blew up our plans. The governor invoked his power over the state park to close the conference grounds and hotel so they could be used to quarantine passengers exposed to COVID-19 on the Grand Princess cruise ship. As many as two dozen passengers may already be there. And there are strong hints that Asilomar could become a major center for quarantines as the pandemic worsens.

This prospect has sparked considerable Monterey-area media coverage, with county officials and citizens raising questions about what’s happening at Asilomar. Adding to the concern have been unexplained patrols of the property by U.S. marshals, and temporary layoffs of hotel employees. 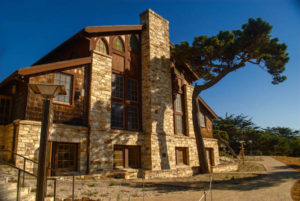 Asilomar’s origins lie in the story of the Young Women’s Christian Association (YWCA), and its efforts to shelter young women as they relocated from farms to cities in search of jobs. In the late 19th and early 20th centuries, the YWCA offered not just housing but training and education in subjects from finance to typing. That created a need for spaces in different parts of the country where YWCA leaders and the women they served could gather, rest, and strategize.

Asilomar was the result of the efforts of some of the leading women of early 20th century California—among them Phoebe Apperson Hearst and Ellen Browning Scripps, both from famous publishing families—to create a West Coast conference grounds for the YWCA. The Pacific Improvement Company donated the land and the architect Julia Morgan, later famous for Hearst Castle, was hired to design it. In 1913, the grounds opened for a YWCA student leadership conference. For a contest, a Stanford student, Helen Salisbury, invented the name Asilomar by combining the Spanish words for refuge (asilo) and sea (mar).

In subsequent years, more land and more Morgan-designed buildings were added to Asilomar, allowing the property to accommodate more than 500 people. By the 1920s, Asilomar was being used year-round, by camps, colleges, churches, conferences, and gatherings of all sorts of Californians seeking refuge.

Those guests now in quarantine can’t leave their rooms, but, for that, I mostly envy them. Asilomar is a terrific place to catch up on sleeping and reading.

In those days, the summer still belonged to the YWCA, with its leadership conferences and summer camps. Meanwhile, a distinct and enduring vibe of “quietness” had formed. A 1931 newsletter produced by camp workers described the “differentness” of life where the sounds included “the moan of the wind and the drip of water from the fog-clad pines” and the sights consisted of “the whiteness of the sand dunes, the blueness of the ocean, and the rare beauty of the sunsets.”

The document observed how refuge at once removes us and connects us:

Jobs and folks and life in general are new to each other, and for these reasons a certain amount of adjustment is necessary. Selfish desires must be given up for the sake of the group. But as the summer moves on week after week, this adjustment is soon made and the individuals are moving as one united body, ready to work or to play as occasion demands.

Asilomar nearly didn’t survive the Great Depression and Second World War. In 1934, the YWCA, unable to keep funding its conference facilities, voted to close Asilomar and sell it. But no one would buy it. And so Asilomar was leased for a few years to motel owners. As the country moved into war, it became a National Youth Administration training camp and then a temporary living quarters for the military families of Fort Ord and the Defense Language Institute.

Post-war, the YWCA reopened the grounds as a money-making conference facility, even as it was trying to sell the place. By the 1950s, Pacific Grove residents and other local communities, who were afraid the property would be sold to a glass company interested in sand extraction, formed a Save Asilomar Committee. That touched off a series of conversations and state legislation that led to Asilomar becoming a state park in 1956.

The place has grown and changed in the years since. In the 1960s and ’70s, new structures were added, as part of a master plan created by San Francisco architect John Carl Warnecke, perhaps best known for his “eternal flame” memorial to John F. Kennedy at Arlington National Cemetery. The state acquired nearby land for environmental reasons, extending the park beyond 100 acres, and has worked diligently in recent decades to preserve and restore Asilomar’s dunes.

Over time, Asilomar has developed a reputation as a good location for serious thinking—especially for Californians getting together to talk over the future of science and technology. Most famously and controversially, in 1975, a meeting there produced a historic agreement in which scientists ended a moratorium on recombinant DNA research and designed new “Asilomar Conference” guidelines for genetic manipulation that effectively constitute a voluntary honor system. More recent Asilomar conferences have examined the risks of everything from artificial intelligence to climate change interventions.

The ethos of this collection of small buildings and small dunes remains simple and rustic, which is part of what makes the place so versatile and valuable. It also feels gloriously disconnected. The rooms don’t have phones or televisions. The beds are simple and comfortable. The rates are reasonable.

You don’t do much at Asilomar—you can walk the trails or the beach, do some bird-watching, rent a bike, play volleyball, or play pool at the tables at the main lodge. Those guests now in quarantine can’t leave their rooms, but, for that, I somewhat envy them. Asilomar is a terrific place to catch up on sleeping and reading.

On my last Asilomar visit, I re-read Raymond Chandler’s The Big Sleep, and underlined this passage: “Under the thinning fog the surf curled and creamed, almost without sound, like a thought trying to form itself on the edge of consciousness.”