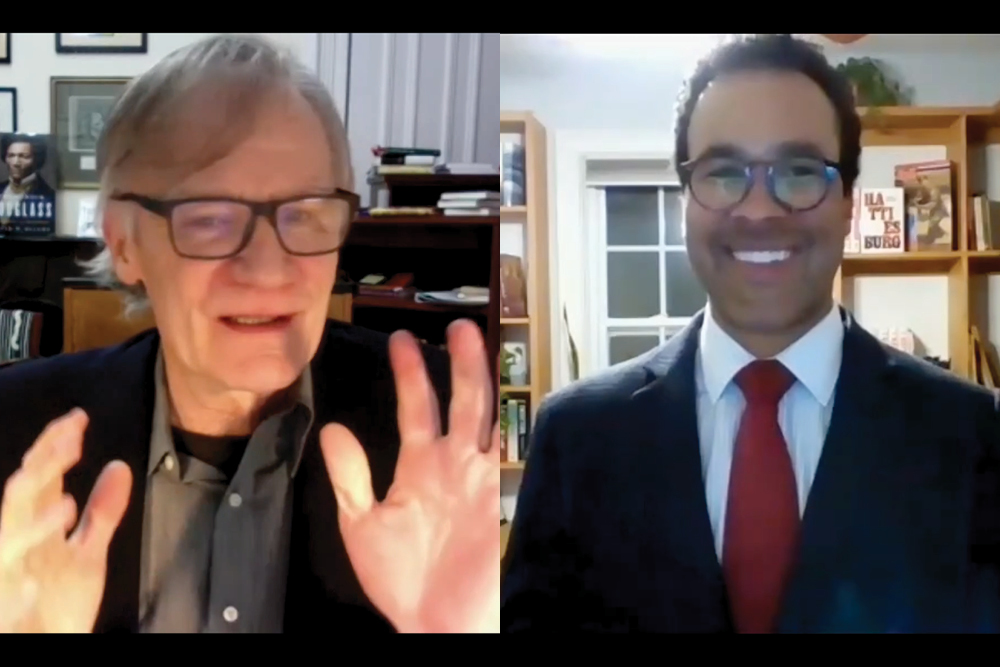 It’s a question that the University of North Carolina historian William Sturkey, the winner of the 10th annual Zócalo Book Prize, investigated over a decade as he researched and wrote Hattiesburg: An American City in Black and White.

The book prize is typically awarded at a live, in-person event in Los Angeles that celebrates the best nonfiction book published in the U.S. on the subject of social cohesion and community. Past recipients of the $5,000 prize include the Harvard political theorist Danielle Allen, NYU social psychologist Jonathan Haidt, MIT social scientist Sherry Turkle, and the Canadian politician and Central European University president Michael Ignatieff. This year, the event moved to an online stream, drawing an audience from around the country, including residents of Hattiesburg, Mississippi, into the conversation.

Sturkey, after introductions from Zócalo executive director Moira Shourie and new Zócalo board chair Krist Novoselić, offered a detailed description of the “incredible black community that existed during Jim Crow” in Hattiesburg.

Founded in 1882 and located 100 miles northeast of New Orleans, Hattiesburg was a place where black and white people from around the South came in search of opportunity, Sturkey said. For black residents, it was also a place of inequality, disfranchisement, and violence. “But,” Sturkey added, “that’s not the complete story of black people in the South.”

The black community of Hattiesburg helped birth the Civil Rights Movement that eventually toppled Jim Crow. By the 1930s, that community had built up dozens of vital institutions that served local people. These organizations raised money for needy residents. They built a park and eventually a high school for the children. How did they do it?

The first factor: “their community was rooted in a sense of collective experience,” said Sturkey. “No matter what you did, no matter what you said, you were black.” They knew exactly what brought them together, and what they shared.

They invested heavily in their children—with time, money, and energy. Sturkey found that the local PTA roster was full of volunteers who were neither parents nor teachers. He recalled the words of one Hattiesburg resident: “All of the children were community children.’”

The second: “they were intensely local.” Black Hattiesburg residents responded to the racism and violence directed against them by Mississippi politicians and policies by turning their energy inward, toward their own community. “There is something we can learn about thinking and operating locally, and that sometimes means more quietly,” said Sturkey.

The third: “institution building.” Black residents were kept out of white institutions so they built their own, from churches and schools to food and toy drives. They also shopped local and patronized black-owned businesses.

And the fourth: they invested heavily in their children—with time, money, and energy. Sturkey found that the local PTA roster was full of volunteers who were neither parents nor teachers. He recalled the words of one Hattiesburg resident: “All of the children were community children.’”

At the conclusion of Sturkey’s prepared remarks, Yale University historian David W. Blight, author of Frederick Douglass: Prophet of Freedom, joined the live stream to interview Sturkey, using his own questions and those drawn from viewers across the country.

“Here’s a story of people proving that it is not just a cliché that suffering can lead to ideas and growth and creativity,” said Blight. But, he asked Sturkey, what accounts for their pride in their community, a place of both struggle and triumph?

“There was a pride in the bricks and mortar they built,” Sturkey replied. “That’s something that really bound them together.” Black residents were also only decades removed from enslavement; they were full of ambition and creativity. Clubs of all kinds were launched, even for factory workers. And people had an eye towards history. Sturkey mentioned how the Smith family—whose stories are at the center of Hattiesburg—named one of their children William Lloyd Garrison Smith, after the abolitionist.

When Blight asked how the author came to this topic, Sturkey said that segregation and whites have dominated the story of the American South for too long. While local newspapers had only named black people if they were arrested, harmed, or killed, Sturkey found in black newspapers like the Chicago Defender and Indianapolis Freeman an alternative history of stories and community.

Blight and Sturkey discussed how the Hattiesburg community fared during the Great Depression and World War II, then moved into the period that inspired Sturkey to write his book: the Civil Rights Movement. Blight pressed Sturkey about why so many people from Hattiesburg were so important to that movement.

The answer lay in the rich and longstanding tapestry of institutions and associations of black neighborhoods, which gave people the support they needed to develop into leaders. Sturkey recalled July 2, 1964, the day Lyndon B. Johnson signed the Civil Rights Act, and the day that Hattiesburg churches held their first day of Freedom School to prepare black people to vote. The school filled to maximum capacity swiftly, and it wasn’t an accident; it was the result of institutions black people had been building for decades.

Before bringing the evening to a close, Blight asked Sturkey a few questions offered by audience members on the chat. The first was about the role of women in the community.

“It [was] a patriarchal society without a question,” said Sturkey, with male pastors and businessmen as key figures. “But women are really the engine of everything that’s happening here.” Despite the fact that women faced more discrimination than men and were more limited professionally, “they become the vanguard of the Civil Rights Movement,” often pushing more conservative male leaders toward activism, Sturkey said.

In response to a skeptical question about integration, Sturkey emphatically explained that the civil rights fight was about the right to vote. “If black people had had the right to vote the whole time, segregation would have looked very different,” Sturkey said, adding: “Voting should be the most important cultural and political dynamic of black life in America based on what was denied to African Americans for so long.”

Blight concluded the evening by asking Sturkey about a line he loved in Hattiesburg: “At the end of the book you say, ‘This has been a story of losses embedded within iconic victories,’” said Blight, noting that it challenges the American belief that believes “everything is progress.”

In response, Sturkey said that he was fascinated by a festival that celebrates Hattiesburg’s Jim Crow-era black neighborhood. “I don’t think anyone is nostalgic for Jim Crow, but they’re nostalgic for that sense of community and togetherness,” he said. What he sees in Hattiesburg’s story are the ways in which people were able to do incredible things as a community, in spite of everything they faced.

As much as we might love stories of extraordinary people rising above their circumstances, what we need to recognize is that there are far more people in our country, even today, who are not getting the opportunity to do so. As a result, “we’re not going to have an opportunity to learn and grow from them,” Sturkey said. 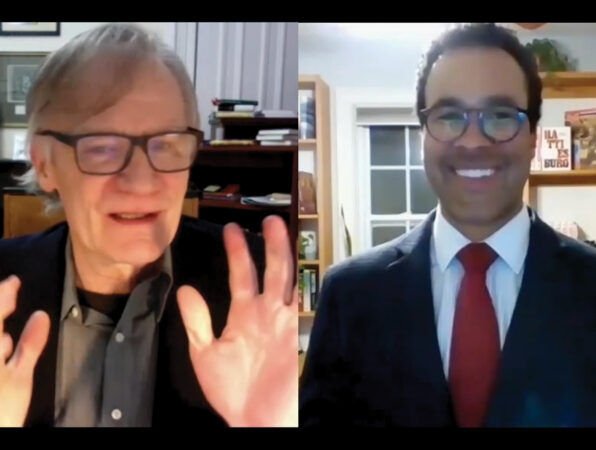 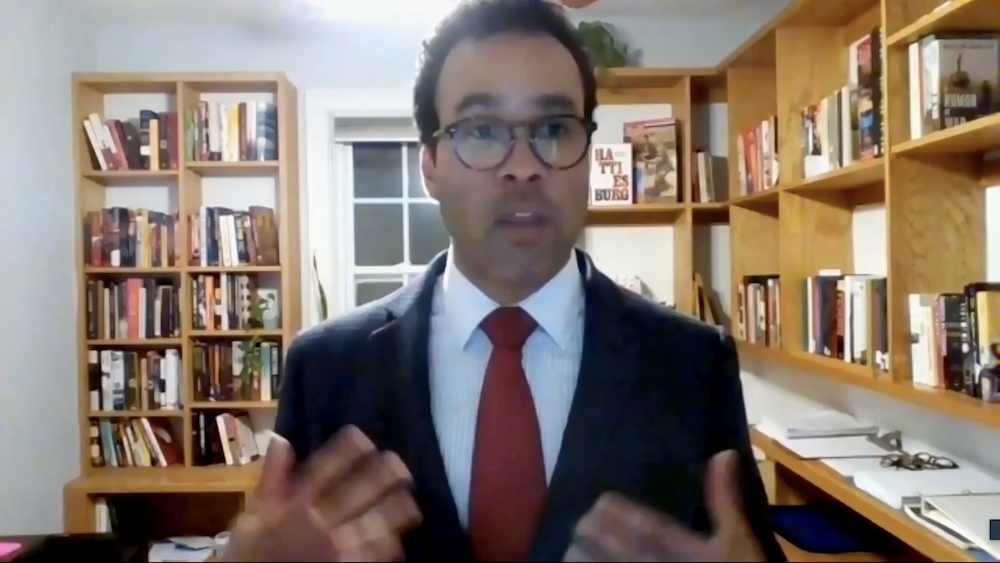 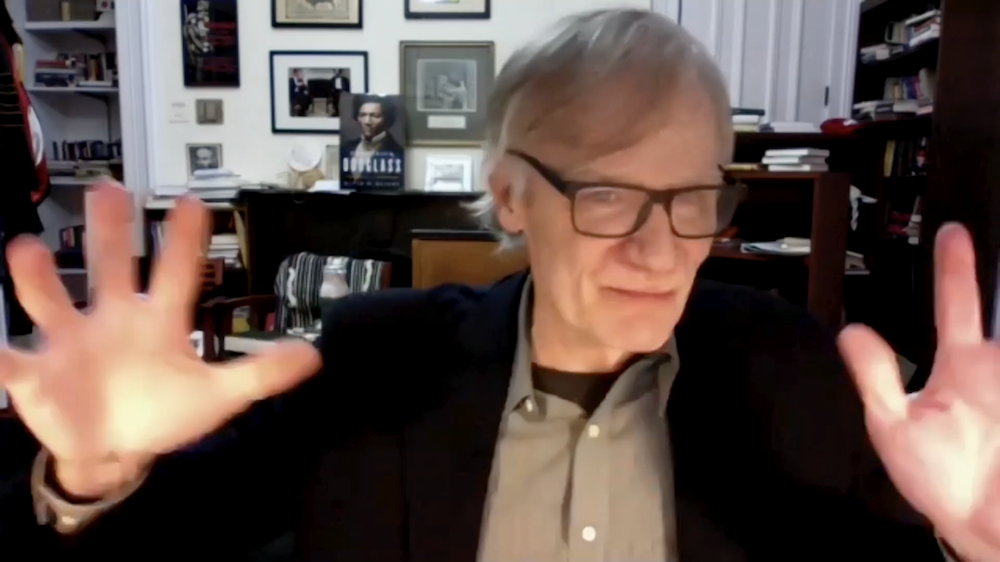 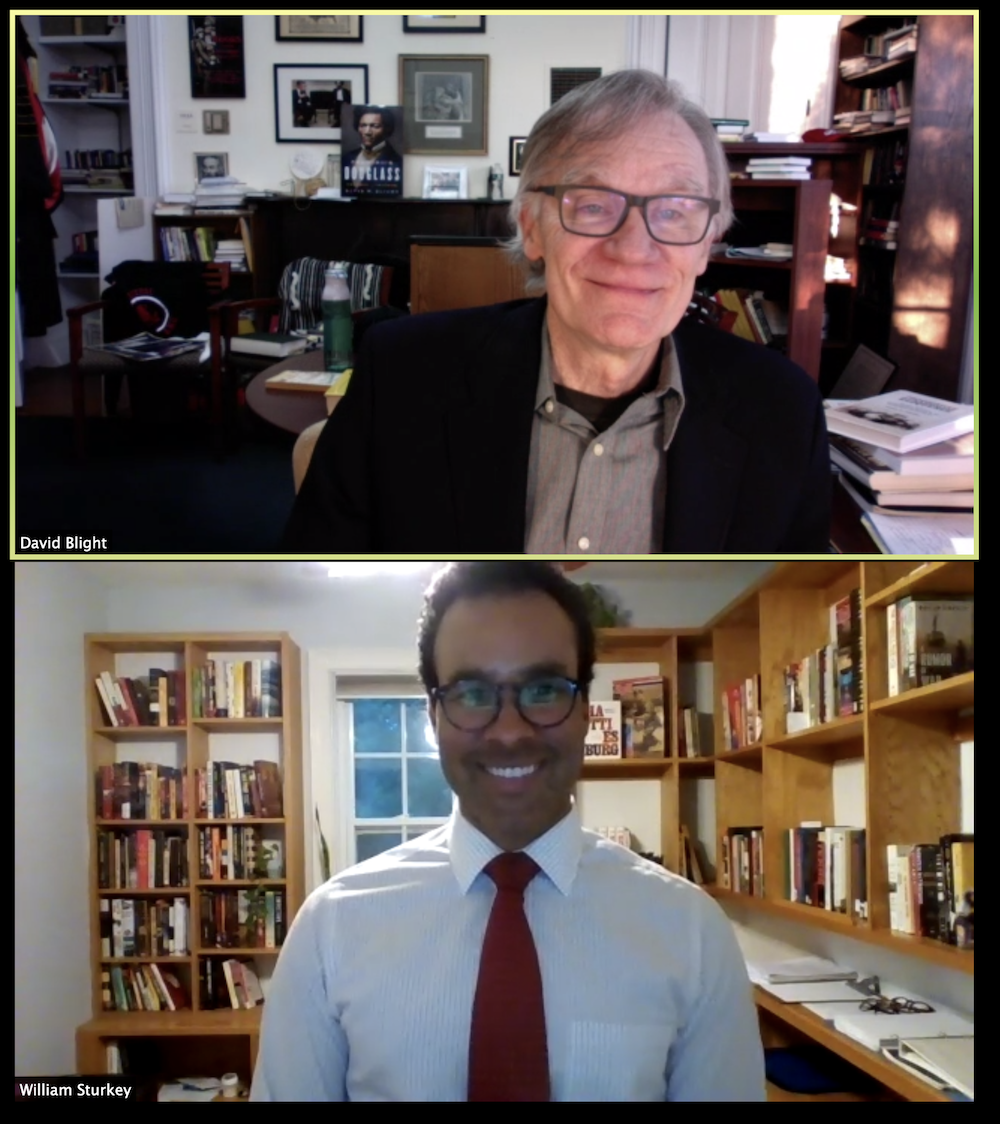