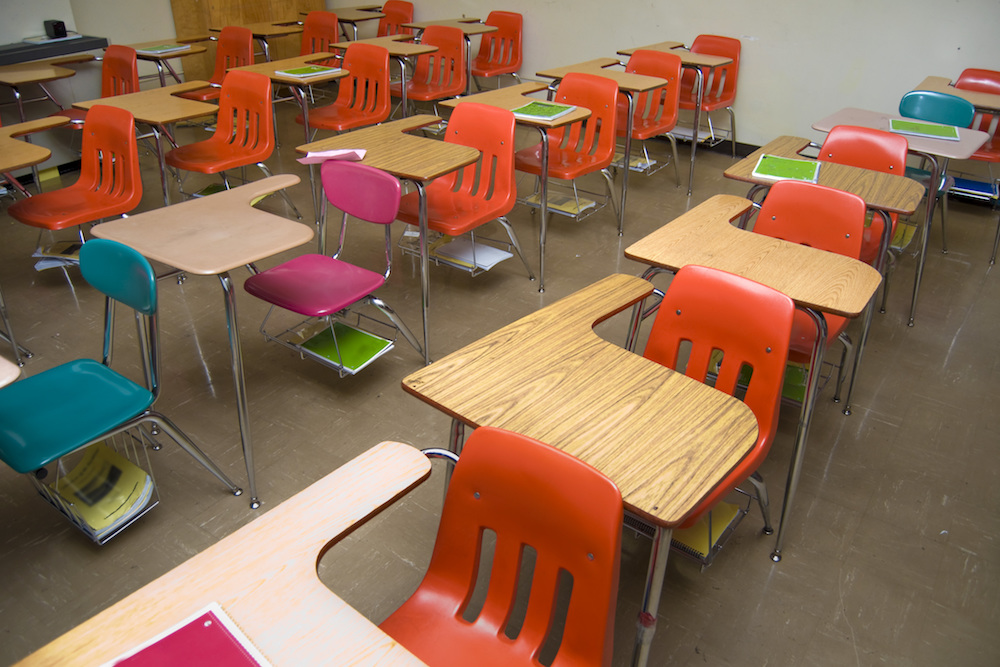 If children act together, education can’t restart in California without their consent. Courtesy of Shutterstock.

Don’t let us adults destroy your futures! This time of “distance learning” and COVID-19 chaos is the opportunity of a generation—maybe a century—to fix what’s so very wrong with how California treats you. And right now, you have unprecedented power. I am begging you to use it.

Before COVID-19, California wasn’t doing well by its 9.1 million residents under age 18. Now in crisis, the state’s adults are conspiring without your input to make things even worse for you. By June’s end, your governor and legislature will likely pass a budget that cuts a record $15.1 billion from your schools, further hurts the economy, and guts other programs essential to your growth.

You may think that you can do nothing to stop this—after all, you are being ignored as politicians and powerful adult interests make decisions about your future. Even at your own schools, few of you are being asked for your suggestions about how to improve distance learning or how to make your own classrooms safe and productive for your return.

It doesn’t have to be this way. Right now, with schools closed because of the pandemic, California’s children and teens have more leverage than ever before.

This leverage comes from the fact that education can’t restart in California without your consent. If you kids act together, you have the power to keep the schools shut down. This applies to distance learning, which can’t work if you refuse to sign on to the internet, as well as to physical school reopenings, which won’t happen until you agree to walk back onto those campuses.

Your advantage is not just practical. It’s moral. School districts—having thrown you into hastily organized online classes that have led to a massive learning loss—can no longer pretend they have your best interests at heart. But your greatest power is using your financial standing. California school funding is based on daily attendance. If you stay home, or refuse to open educational apps, school districts, which are already in fiscal crisis, will shut down. They won’t get funding if you are absent.

If schools can’t open back up, neither can the rest of California’s economy. Billionaires dream of having that kind of leverage.

I know that you want to go back to school, and that skipping class may feel wrong or irresponsible. But one irony of these times is that not showing up is the most powerful and responsible action you can take.

So, as the father of three of you, I’d like to suggest that now, with the budget being written, is the moment to organize and start pressuring your elders. A student-led movement could dictate the terms of how returning to school would go and of funding for education and other children’s programs—if it could credibly threaten a statewide student strike in the fall.

California school funding is based on daily attendance. If you stay home, or refuse to open educational apps, school districts, already in fiscal crisis, will collapse. They won’t get funding if you are absent.

And if schools can’t open back up, neither can the California economy.

What should your demands be? You will figure those out for yourselves, as you meet online. Given California adults’ record of failing you, you shouldn’t trust any of us, including this columnist, to set your agenda. But I can offer you a picture of how California treats children. It’s not pretty.

The 2020 California Children’s Report Card, from the non-profit, non-partisan organization Children Now, offers a comprehensive review of the horror show you’re living in. It also demonstrates your state’s hypocrisy: California brags about being the home of the future, while failing its future citizens.

You already know firsthand that California ranks low in education funding. Who is paying the price for this neglect? You. Fewer than half of you meet state standards in English Language Arts and Mathematics. Only 42 percent of high school students meet the state’s own criteria for being “prepared” for college. And equity? Your generation has some of the biggest student achievement gaps—based on race and poverty—in our very unequal country.

California is also awful at child care and special education. Elected officials have been promising quality universal preschool for 20 years without delivering it. And there is no state worse than yours at providing sufficient educators, counselors, support staff, and administrators for your schools. Sixty percent of your school districts don’t have even one full-time nurse. And the student-to-counselor ratio in California schools is 600 to 1.

The problem in California is not a lack of money—we are rich—or good intentions. It’s that adults are selfish and lazy, and refuse to coordinate the different agencies, programs and levels of government that should serve you.

Another problem is that adults have denied you any real democratic representation. You constitute 23 percent of California and still can’t vote or hold elected office. Neither can non-citizen immigrants, which hurts your representation, too, because half of all California children have at least one immigrant parent. As a result, you have to suffer under funding formulas, laws, and decisions made without your assent. The worst rules have been on the books since long before you were born.

In this extraordinary moment, there are many demands you could make. My suggestion—take it with an adult-sized grain of salt—is that you start by saying you won’t return to campus or sign into Google Classroom until all cuts to children’s programs are reversed.

Your logic would be simple: Before COVID, kids were getting systematically screwed in California. During COVID, your schools have shut and you’re stuck with your families at home. So it’s intolerable that adults are cutting tens of billions of dollars from schools and other programs.

You also might look beyond the current horrors and demand better in the future. Extensive studies have shown that to meet your educational needs, the state should have been spending between 25 and 50 percent more on schools than it was before COVID. You could demand that the state, starting next year, fund schools based on educational goals. That would mean eliminating the current Prop 98 formula, which bases school funding on tax revenues and economic growth.

You also might consider demanding your democratic rights. This year, because it’s the centennial of women’s suffrage, you may have heard about celebrations of “universal suffrage.”

What about suffrage for children? It isn’t a wild idea. Countries around the world have elected youth parliaments.

In fact, children have already made changes in the way our state works. The most successful youth-led organization here might be California Youth Connections—a group of foster children who have worked with adults to secure recent reforms to the child welfare system. CYC’s stated vision is “that all foster youth will be equal partners in contributing to all policies and decisions made in their lives.” The same sentiment should apply to all kids.

Of course, some adults will dismiss you as immature for threatening not to return to school. Ignore them. Adults are already making that very same threat. Just last week, the superintendents of six large school districts—L.A., San Diego, Long Beach, San Francisco, Oakland, and Sacramento City—threatened to not reopen schools in the fall unless they get more money from the state.

A little political advice. Don’t bother with challenging your local school board or principal. Train all your fire on Gavin Newsom. The governor has near-total power on budgeting, and he won his office on a platform of investing in children, from “cradle to college.”

I want to put your mind at ease about one thing. If you have to strike in the fall, that doesn’t mean you have to stop getting an education. Many schools around the country have developed excellent distance-learning curricula—better than what you’ll find in California—and offer them for free online. A few months ago, your education depended upon the whims of your local school system. But that’s no longer the case. You have options now.