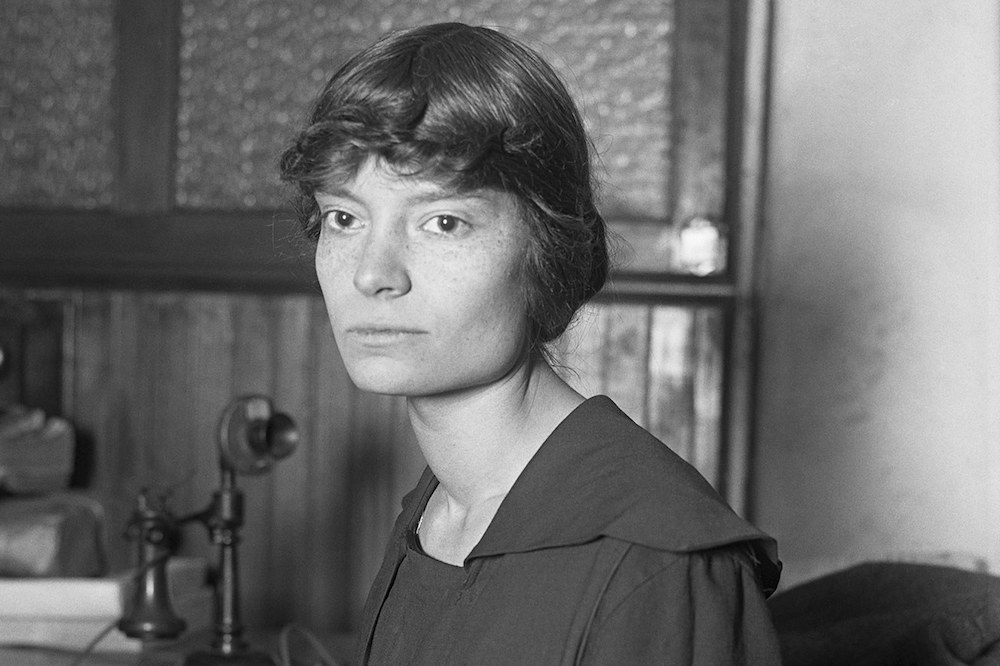 Dorothy Day, pictured in 1916, was a founder of the Catholic Worker movement, worked to help disadvantaged people and promoted non-violence to protest Americans wars during the 20th century. Courtesy of Wikimedia Commons.

On June 5, 2020, in the midst of a nonviolent Black Lives Matter protest in Buffalo, New York, 75-year-old Martin Gugino, a longtime peace activist, approached a line of riot police to hand over an officer’s helmet that had dropped to the ground. He was pushed to the sidewalk by the riot police, who then proceeded to walk around him as he lay unconscious, bleeding profusely from his ear, on the concrete. When an officer attempted to bend down to see how badly Gugino was hurt, another officer pushed him away.

As video of Gugino’s assault was viewed around the world, it was reported that his activism grew out of his experiences with groups such as Witness Against Torture and the Catholic Worker—the latter formed in the first half of the 20th century by Dorothy Day. Though she is an obscure figure today, Dorothy Day was once very well known in the social-justice movement and in Catholic circles, having founded a newspaper, a network of “houses of hospitality” to serve the urban poor, and having given thousands of lectures. On her death in 1980, her obituary appeared on front pages around the country. While her name is no longer familiar, Day’s commitment to civil disobedience in response to America’s racism, militarism, and capitalist excess resonates today.

Day was an unlikely activist. Born in 1897 into a conservative Republican family with a disdain for religion, immigrants, racial minorities, and the indigent, she came to be America’s most ardent advocate for just those people, a deeply religious person, and—the ultimate paradox, to some—a political progressive and an orthodox Catholic. Day embodied contradictions—or seeming contradictions—leaving a legacy of thought and action that transcended her own times.

As a teenager, Day’s budding activism was a reaction to her parents’ way of life, which seemed to her to lack everything that would make one feel life had enduring meaning. As a girl, her reading—the social protest of Upton Sinclair and Jack London, the novels of Fyodor Dostoevsky and Leo Tolstoy—set her on a path that forever separated her from her family.

By the time she left college after two years, she was a committed progressive. She moved to Greenwich Village, then in its heyday, and worked as a journalist for left-wing publications like The Masses, entering into a milieu that took it for granted that Teddy Roosevelt’s and Woodrow Wilson’s America was far from the best of all possible worlds. She forged close relationships with people like the Communist activist Mike Gold and the playwright Eugene O’Neill. She took lovers. The late 1910s and early 1920s were a time when sexual experimentation and political activism went hand in hand, especially for a rebellious woman in her late teens and 20s.

While Dorothy Day was drifting further and further from the values and expectations of her family, she was never the typical bohemian that her Greenwich Village residence might imply. She was profoundly spiritual. After a night on the town with O’Neill and their hard-drinking friends, Day would find herself, almost inexplicably, drawn to a neighborhood Catholic church to watch devout men and women lost in prayer, to listen to the music, and to read the unnerving words of the New Testament.

As Day defined it, civil disobedience needed to be animated by love, determination, and moral idealism—not by nihilistic fury.

Day’s decision to convert to Catholicism in 1927 amazed her secular friends, creatures of a society that was relentlessly rationalistic and disdainful of mystical things. Her need to believe in something larger than herself, something that gave the deepest possible meaning to life, was confusing to peers for whom the here-and-now was sufficient. Many Americans in the 1920s viewed Catholicism as a reactionary institution with an anti-modern outlook. For Day, the Church signified a total embrace of Christ’s teachings, a complete rethinking of the meaning of one’s life, a forsaking of one’s own comfort, while raising the possibility of transcendence.

Day’s combined passion for social justice and her deep religious faith led her to found, in the mid-1930s, what became the Catholic Worker movement. It encompassed the newspaper and the houses of hospitality, the thousands of young people who joined her, the thousands of lectures she delivered around the country for the next 40 years. Day’s organization was committed to seeing the human beings who came for succor—many of them suffering from hunger and mental illness—as embodiments of Christ. During the Depression and thereafter, Catholic Worker houses accepted “street people” whom city shelters or Salvation Army hostels would have turned away. They took literally Christ’s injunction that one does for God what one does “for the least of these.”

For Dorothy Day, this meant not only fighting against poverty and racism but also making an unbending commitment to pacifism. This was hard for many around her to accept—even some of her fellow Catholic Workers. Day had opposed America’s entry into World War I, as she would the U.S. involvement in Korea and Vietnam—but she also opposed the U.S. entry into World War II. It was a conflict that could have been avoided, she insisted, and the Fifth Commandment (“You shall not kill”) should be seen as absolute by anyone who claimed to be a Christian.

By the 1950s an America concerned principally with security, stability, and consumer growth had little interest in Day’s ethos. The Depression seemed like ancient history to many people, and the Pentagon’s massive budget during the Eisenhower years was an accepted fact of life. Not so in the eyes of the Catholic Worker. Day and her fellow activists went to jail several times for refusing to participate in nuclear drills, which required citizens to scurry into bomb shelters. They publicized their protests by refusing bail and accepting their sentences. To “normalize” a massive arms build-up, to imply that a nuclear war might be winnable, was the height of madness, they argued. The Cuban Missile Crisis, bringing the human race to the edge of extinction, was as much the fault of the United States, Day told astonished lecture audiences, as of the USSR and Cuba.

The mid and late 1960s presented profound challenges for Day. For years she had warned in the Catholic Worker about the possibility that the U.S. would instigate war in Vietnam. When the conflict escalated, Day welcomed the protests against President Lyndon Johnson and his policies. In December 1966, Cardinal Spellman of the New York archdiocese traveled to South Vietnam to bless American troops and urge them on to total victory against the North—and Day was dismayed. “Words are as strong and powerful as bombs, as napalm,” she wrote in her monthly column in the paper, chiding Spellman for his advocacy of continued violence rather than a negotiated peace. Day participated in the anti-war movement by harboring conscientious objectors, and she supported draft-card burners, including her friends the Berrigan brothers, priests whose occupation of Selective Service offices and burning of draft records earned them jail time.

Day called the Berrigans’ defiance “a kind of prayer.” Yet she also worried about the tone of the fiery protests of that decade. As an admirer of Mahatma Gandhi and Martin Luther King. Jr., she was uneasy about the destruction of property and aggression that the anti-war movement sometimes displayed. As Day defined it, civil disobedience needed to be animated by love, determination, and moral idealism—not by nihilistic fury. There was much about the counterculture she could not accept. Shortly after she criticized Spellman, Day attended an anti-war rally in Central Park and left dispirited; she could not support the shouted obscenities, expressions of rage, and personal attacks on the Cardinal. The kind of protest Day believed in asked its participants to accept jail time if necessary, to uphold the Sermon on the Mount as a statement of the highest good human beings can aspire to, and to rise above anger that objectifies one’s opponents, failing to see them as—like us—erring children of God.

There are ways in which Day would be sadly at home in this time of widespread advocacy for racial justice and police reform, and ways in which she would not. If she is remembered today it is through Pope Francis’s praise for her in his 2015 speech to the U.S. Congress and the Church’s investigation of her suitability for canonization, which have raised her profile somewhat.

But Day’s direct legacy is still active in American society. The socially conscious newspaper Day founded in the midst of the Depression, the Catholic Worker, is still in print, still a penny a copy, and still mailed out to 20,000 subscribers. (It had a readership of well over 100,000 at its peak.) The “houses of hospitality” Day opened in the 1930s for the urban homeless still feeds and offers shelter to the neediest of citizens.

And, of course, Day’s spirit animates the work of protesters like Martin Gugino. The officers who pushed Gugino have been charged with assault and indignation over the incident is widespread. How will all this play out? One thing we can expect: as a follower in Day’s footsteps, Gugino will probably not be silenced by the aggression shown him, and he will likely forgive his attackers. The example of Dorothy Day—in protesting injustice, in fearlessness in the face of aggressive authority, in infinite compassion—has not died out entirely.