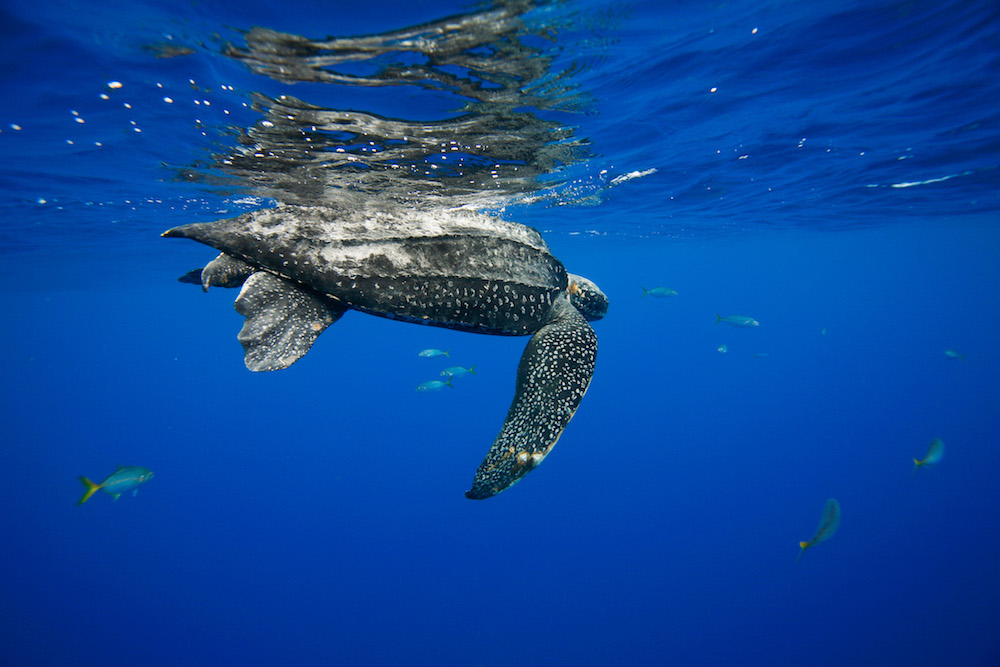 Anything that keeps people off of beaches—including pirates, drug runners, and COVID-19—allows fragile sea turtle populations to flourish. Courtesy of Ric Sagarminaga.

When I read in the news that sea turtles are thriving during the COVID-19 pandemic, I was not surprised. After all, the reasoning was sound: Fear of the virus has left beaches from Florida to Indonesia and beyond empty of tourists, so more adult females turtles can come ashore to lay eggs and more baby hatchlings can scamper towards the sea.

That a plague would be good for turtles made sense to me. As a sea turtle biologist, I’ve long studied how pernicious human foes—including organized crime, drug cartels, and high-seas piracy—have been godsends for sea turtles. In the absence of deliberate programs to protect sea turtles, which prefer solitude, anything that keeps humans away can be beneficial.

Sea turtles evolved from a common ancestor that dates back over 150 million years, making them one of the oldest groups of reptiles that inhabit the earth. There are seven species of sea turtles, six with a hard shell and bony plates, and one with soft leathery tissue—hence its name, the leatherback.

All turtles begin life in eggs bound in a nest. They can live to nearly 100 years old and thus humans often describe them as symbols of wisdom, longevity, endurance, protection, patience, and creation itself.

Despite their stature in myth, turtles now face a range of threats—wildlife trading, incidental capture in fishing gear, being killed for their meat or shells or eggs, and loss of habitat due to development on nesting beaches—all or some of which can drive certain populations close to extinction.

When I was in high school in the 1980s I had the opportunity to study leatherback turtles alongside researchers and volunteers on an island off of Puerto Rico. We counted the eggs laid by females that came ashore at night, and we recorded the daily temperature of the incubating nest. Such data helps predict the sex ratio of turtles in a nest because, in turtles, sex is determined after fertilization by the temperature in which they incubate. If the temperature of the nest is a certain “threshold” temperature, the turtles will be female; below threshold, they will be male. In this way, and over the course of the nesting season, sex ratios can be somewhat regulated and optimized.

All turtles begin life in eggs bound in a nest. They can live to nearly 100 years old and thus humans often describe them as symbols of wisdom, longevity, endurance, protection, patience, and creation itself.

This work fascinates me. Studies like these have also been instrumental in improving scientists’ ability to predict how climate change will impact the world. Warming waters and warming beaches, for example, could change the sex ration of turtles.

I’ve spent my career as a biologist seeking to understand and minimize threats to sea turtles. Over the years, I’ve collected stories from my fellow sea turtle biologists about who or what could reduce declines in sea turtle populations. It turns out there is a common element to all of their stories: fear.

Fear has made Italy especially hospitable for sea turtles. Of course, Italy has the expansive beaches and crystal-clear blue water that are suitable for sea turtles to forage and lay their eggs. But the Italian places most likely to host relatively healthy populations of nesting loggerhead sea turtles are the islands of Calabria and Sicily, where fear of criminal organizations is greatest.

That fear reduces the potential for development and tourism, thereby leaving plenty of wide-open beaches and near-shore waters for turtles to roam freely. Turtles also have benefited from a particular void in Italy’s culture: Italians have never made a practice of hunting turtles for food.

A similar dynamic has supported the critically endangered East Pacific leatherback turtle in Central America. The waters off Costa Rica are some of the most productive marine biotic zones in the world, with an abundance of everything from tiny phytoplankton to large predators such as sharks and whales. Those waters are also a “drug highway” for cartels, which transport mostly cocaine from South America to the U.S. via various sea-going vessels. The presence of these drug boats, and the occasional drug bundles washing up on shore, frighten coastal communities and have been known to keep local people out the waters. That allows leatherback turtles, once commonly poached on their nesting grounds, to flourish under the unintended protection of some of the world’s largest international syndicates.

Another unlikely partner in the conservation of sea turtles are the high-seas pirates that have invaded the western Indian Ocean. Those waters used to be centers of commercial tuna fishing, and sea turtles were often incidentally captured in fishing gear. But the pirates’ presence has diminished the fishing industry—and thus saved turtles’ lives.

But of course, pirates, criminals, and plagues are not long-term solutions to the sea turtle’s problems with human activity. The Endangered Species Act, the 1973 federal law, has also offered crucial protections for sea turtles in U.S. waters. The Act essentially regulates U.S. commercial fishing to account for the recovery needs of threatened and endangered species, such as all sea turtles. The ESA process involves creating a recovery plan for every endangered turtle population—each with an identified critical habitat and specific interventions, such as protecting turtle nesting grounds or minimizing the number of fishing boats in certain times and places. A recent evaluation found that most sea turtle and marine mammal populations significantly increased once an ESA recovery plan was in place.

But it’s unclear if such progress will continue. The ESA has been weakened, most recently to allow more fishing in marine conservation areas. So, in the meantime, fear of drug runners, pirates, and mobsters—as well as COVID-19—are providing a lifeline to some of our most vulnerable sea creatures.