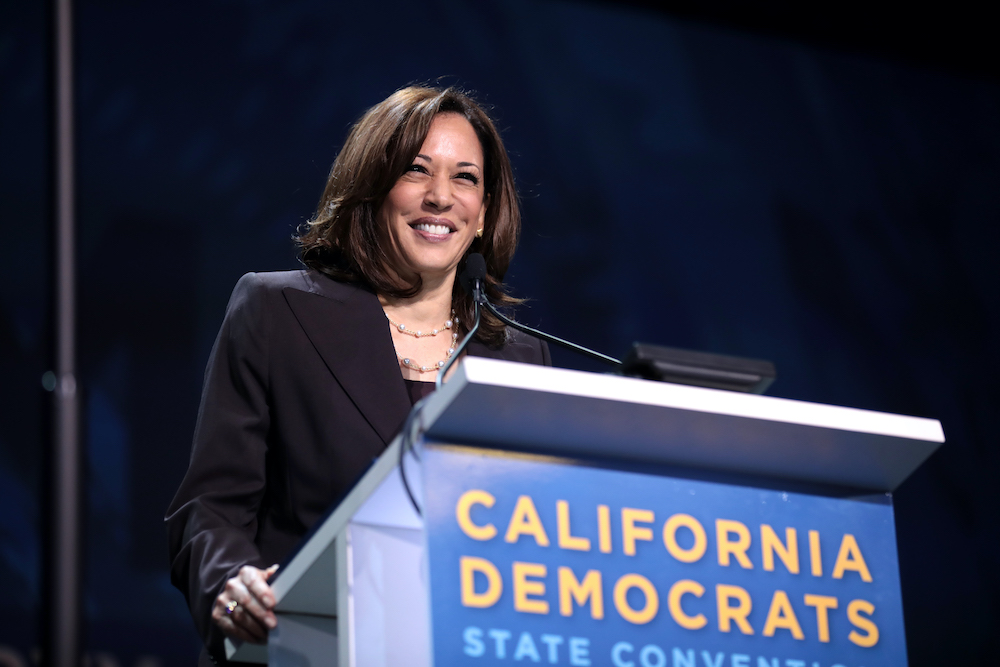 Kamala will be fine. She’s a Californian.

This column is not an endorsement of the vice presidential nominee. But you can ignore all the anxiety on the left about her shifting positions. And you can dismiss the never-ending racist and sexist conspiracies from the right about her origins. You can feel confident that she’ll perform well in the campaign ahead.

Because her heart is from the right place.

Could there be there any better preparation for running a country as insane as the United States than a political career in a state as crazy as California?

Lord knows, you shouldn’t trust Kamala Harris—she is both a politician and a lawyer, two professions that deserve every jaundiced ounce of your skepticism. But you should trust the Golden State that made her—as a classroom for dealing with the widest variety of people, and as a proving ground for navigating the endless complications of 21st-century life.

Let’s say you were put in charge of producing an American vice president, which is to say someone who could step in as president and make all the tricky and difficult decisions that high office requires.

Where better to raise her than the Berkeley of the late 1960s and 1970s? Just by moving around the city, you would expose her—as Kamala Harris’s mother did—to all kinds of people, rich and poor, activists and academics, those with brilliant ideas for changing the world, and others who were off-their-rockers. You would make hers a mixed-race family, and her parents would be immigrant scholars from places on opposite ends of the world—say Jamaica and India—so she would understand America in that deep way that only new arrivals do.

You would have her live in an integrated community with renters and homeowners and the middle-class and the working-class. You’d have her attend a newly integrated elementary school, learn piano and ballet from real artists, and clean test tubes in the university labs while going to Hindu temple and learning hymns at the 23rd Avenue Church of God.

Maybe the vice president you were training would live in a foreign city for a few years (in Kamala’s case, Montreal), and attend college in our nation’s capital. But when she came back for law school, you’d send her to a place like UC Hastings. There, stuck between the powerful people of San Francisco City Hall and the state Supreme Court, and the desperate and destitute of the Tenderloin, she’d get constant reminders that official decisions have consequences.

You’d have her start as a prosecutor first in Alameda County and then back in San Francisco, so she could see the horrors that ensue when societies and families fail. And you’d assign her to the most wrenching cases, involving domestic violence, sex crimes, and the abuse of children, so she could understand the depths of human vulnerability.

To steel her for America’s nasty politics, you’d have her launch her electoral career in San Francisco, with the toughest political culture of any city in the state. You would not give her an open seat, but rather force her to beat an incumbent district attorney—her former boss—in a tricky, three-person race.

Could there be there any better preparation for running a country as insane as the United States than a political career in a state as crazy as California?

You’d have her stay close to the powerful and local political machine, learning (and borrowing donors) from its greatest practitioner, Willie Brown, while also forcing her to figure out how to separate herself from the insiders and interests, and how to collaborate with reformers. You would hope the experience would teach her to survive in a political arena of attacks and corruption—and it would. One San Francisco political strategist compared Harris to Tim Robbins’s character in The Shawshank Redemption, “who crawled through a river of shit and came out clean on the other side.”

And once she’d triumphed in California’s Sodom, San Francisco, you’d send her down to its Gomorrah, Los Angeles. You’d have her run for state attorney general against a very popular district attorney, a Los Angeles Republican named Steve Cooley, who had locked up the endorsements of all the state’s law enforcement organizations. And because a Republican who wins Los Angeles wins statewide, you’d have her all but move to a city where almost no one knew her name and send her into neighborhoods deeply suspicious of outsiders and prosecutors. You’d make her find a way to beat the hometown boy on his home turf.

You’d send her, victorious, to Sacramento, where she would work with the most experienced governor in history, Jerry Brown, one of a group of geriatrics—Feinstein, Boxer, Pelosi—who dominated politics. And she would study these elders, learn how they got things done quietly, and figure out how to seize some of the power they held. Her work as attorney general would also force her to learn the whole nation-state of California, with its hyper-complicated regions that are bigger than most states.

Then you’d have her run again, statewide, for the U.S. Senate. And to make it challenging, you’d put her in a strange top-two system that would have her competing not against a hapless Republican—but rather against another popular Democrat, from the state’s largest ethnic group.

And in surveys just a few months before the November election, you’d have Kamala Harris—the leading Black politician in a state with a small and declining Black population—losing Latino votes by 25 points to Loretta Sanchez. But then she and her team would go quietly to the border, to Imperial County’s primarily Latino community, and test every message of hers they could. And wouldn’t you know it? By November, she would have figured out how to be more popular with Latinos than her opponent.

Through all of this, she would taste every flavor of California crazy, while retaining her powerful calm, and her sense of humor.

Of course, so many varied and challenging experiences would make her cautious, and disciplined about protecting herself from attacks. And in a polarized time, such caution—even coming from, by voting record, the second most progressive person in the U.S. Senate—would sometimes look like moderation. This would be quite a distinguishing trick, at least in California. Most people here like to sound progressive but are actually quite moderate, while she would manage to look like a moderate while being quite progressive.

And she would be ready for whatever came next. California, after preparing her for nearly all her life, had already made sure of it.