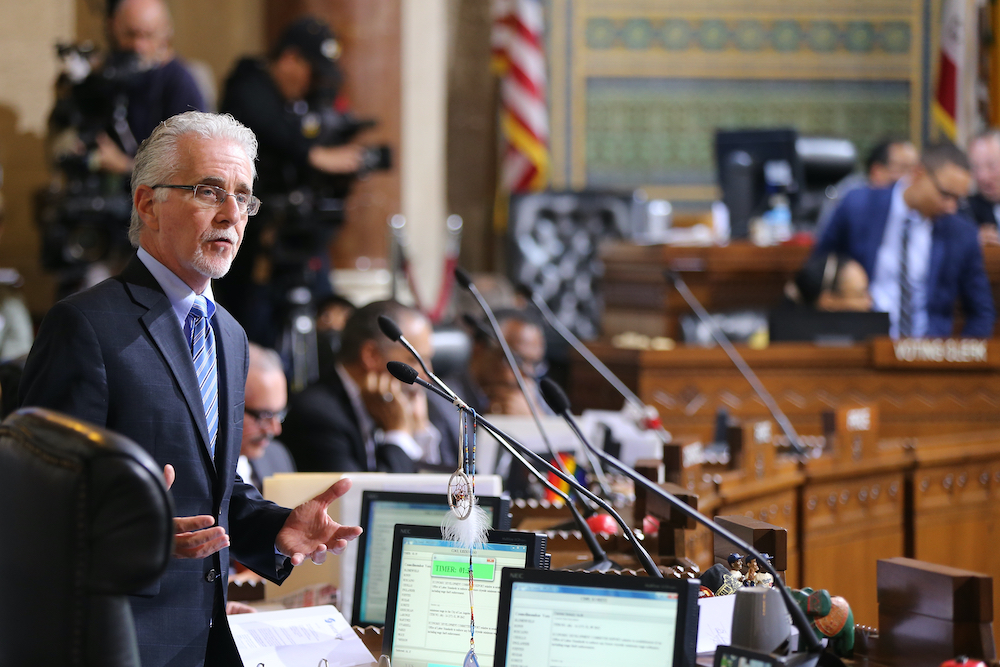 If you want to make your California city government stronger, don’t make your mayor more powerful. Instead, make your city council bigger.

This summer, two of our state’s most thoughtful mayors, Sam Liccardo of San Jose and Darrell Steinberg of Sacramento, have been seeking to make themselves “strong mayors.” The term refers to a system where mayors have executive authority, and can hire and fire department heads, sign budgets, or even veto council legislation.

“Strong mayors” are rare in California; only five of our 482 incorporated cities have them. More typically, California cities are run by appointed city managers, and a mayor is just one member of a city council. And in the Golden State, our city councils are weak and have few members.

Ordinarily, politicians’ desire for more power isn’t news. But the current crises over COVID-19 and policing have created urgency around the debate. Constituents, understandably, are demanding swift action from mayors on the pandemic and policing. But Liccardo, Steinberg, and other mayors complain that they can’t meet such public demands because they lack the necessary mayoral authority. So Liccardo is pursuing a “strong mayor” charter reform for San Jose, and Steinberg is backing a “strong mayor” measure on Sacramento’s November ballot.

Both men would be wise to drop the idea, at least for now. And not just because the “strong mayor” idea has caused political conflict at a time when their cities, and the whole state, desperately need unity. The larger problem is that creating a single powerful leader won’t make California cities any stronger.

Our cities’ lack of power is a function of our state’s constitution, which centralizes power in the state government and severely limits the most important local power—the power to raise taxes. That’s why even our state’s handful of “strong mayors” like L.A.’s Eric Garcetti frequently bemoan their lack of power, often while begging for state help. If Liccardo and Steinberg do succeed in becoming “strong mayors,” they’ll be little more than small cypress trees in a vast municipal desert.

Voters imposed this weak local system through Proposition 13 and many related measures because they don’t trust their local officials. Which means that the only way for city governments to change this system and become stronger is to build trust with voters.

It can’t. Which is why the first step toward meaningful representation is to allow city councils to have many more members.

Both men would be wise to drop the idea, at least for now. And not just because the “strong mayor” idea has caused political conflict at a time when their cities, and the whole state, desperately need unity. The larger problem is that creating a single powerful leader won’t make California cities any stronger.

California is a huge state with very small local elected bodies. In no other state are local elected officials so few, and thus so far from the people. Our most populous cities, in particular, have tiny councils.

Such minimal representation means not just that our representatives are further from us and harder to talk to. It also means there are simply too few elected positions to reflect the kaleidoscopic diversity of California and its communities. With so few local representatives, there are fewer of the ideas that our city governments so desperately need.

If you look to some of the globe’s greatest cities, you are likely to see large and energetic city councils. The city council of Madrid, Spain, has 57 members, and might be the world’s most innovative, having created an online “Decide Madrid” platform for citizen ideas that has been copied by more than 100 local, regional, and national governments around the planet.

Vienna, a pioneer in using local democracy to foster housing and development, has 100 representatives in its local parliament. Paris, perhaps the world’s most beautiful city, has 163. Tokyo, among the most energetic and creative urban places on earth, has 127 councilpeople. Seoul, a leader in citizen engagement and participation, has 110. Some creative cities guarantee more representation by dividing themselves up into boroughs; Mexico City, for example, has 16 separate municipalities.

If California cities wanted to follow suit right now, they’d have to find many more candidates for office. If L.A. had a city council where each member represented 25,000 people—a good number to make our politicians truly representative of their neighborhoods—the body would have 160 members, the same as in Berlin, Germany. By the same formula, San Jose would have 41 councilmembers, and Sacramento 21.

But it wouldn’t be as hard to identify new local politicians as one might think, especially now. The thousands of people marching on our streets are the sort of civic-minded folks we need more of in local office.

Mayors Liccardo and Steinberg also might find candidates for expanded city councils in San Jose and Sacramento among the many activists and inside the many nonprofits and labor unions opposing their “strong mayor” plans.

Tellingly, the debates over “strong mayor” plans in those two cities surfaced complaints about a lack of representation.

In Sacramento, Steinberg modified his original plan in response to community and political opposition. He also paired his November “strong mayor” measure with provisions that are supposed to ensure more equity and representation in the development of city policy.

In San Jose, Liccardo backed off plans for a “strong mayor” ballot measure this November in response to objections from neighborhood groups, ethnic organizations, and Latino members of the city council. Liccardo instead announced he would pursue an inclusive charter revision process, with a vote on a broad package of reforms in 2022.

“In recent weeks, several organizations have urged that we slow the process of charter reforms designed to lead to a more effective, accountable, and representative government,” Liccardo wrote in a memo announcing the delay. He added: “At the end of the day, our city belongs to its residents.”

It does. Which is why more residents should be in office. With more of our neighbors campaigning for council, Californians would be more likely to pay attention to, and vote in, our local elections.

California mayors might also find that, with more colleagues and a more engaged citizenry behind them, they have more power.