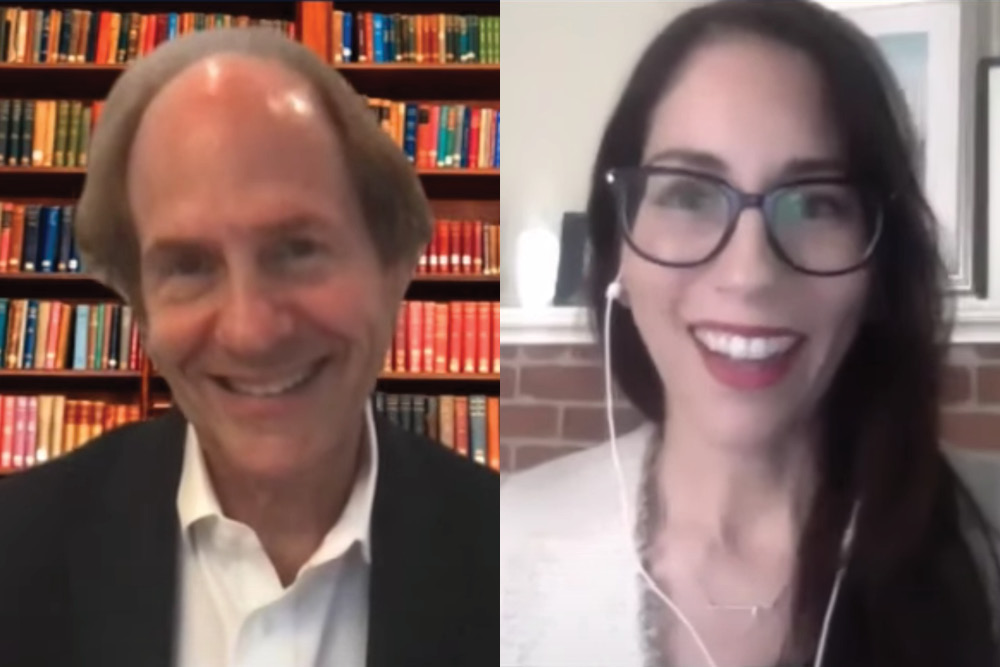 Panelists from "How Much Information Is Too Much?" Composite shot taken from Youtube.

When Cass R. Sunstein was serving as administrator of the White House Office of Information and Regulatory Affairs under President Barack Obama, he oversaw major new legislation requiring chain restaurants to disclose nutrition information. After an extremely long debate, Sunstein and his colleagues decided to include movie theaters. “A lot of people consume a lot of stuff at the movie theater, and it would be good for people to make informed choices,” Sunstein recalled thinking at the time. When he told a friend the good news, she replied with three “deflating but incredibly illuminating” words: “‘Cass ruined popcorn.’”

At a virtual event presented by Zócalo and the Commonwealth Club on YouTube, Facebook, and Twitter, Sunstein—Harvard Law School’s Robert Walmsley University Professor and author of the new book Too Much Information: Understanding What You Don’t Want To Know—strove to answer the question, “How Much Information Is Too Much?”

The inspiration for the book and the event, he told moderator Lauren Goode, senior writer and podcast host at WIRED, was partly his friend’s thoughts regarding popcorn and partly his father being diagnosed with a brain tumor in his 60s. Sunstein’s mother chose not to tell him that he would die within the year. She decided, “telling him he’s going to die is too much information,” said Sunstein, explaining that she wanted her husband to enjoy his last months without staring death in the face. “She didn’t want to ruin his popcorn, basically.”

There’s a great deal of information that people don’t want to know, Sunstein has found in his research, including calorie counts, genetic tendencies (including whether you are predisposed to cancer and Alzheimer’s), the fuel economy of your car—even whether the person you’re crushing on returns the sentiment.

“For some people, information isn’t going to change their behavior,” said Sunstein. They don’t want to know if hell exists because they’re probably going if so, and they don’t want the calorie count on their cheeseburger because they’re not going to start a diet. However, others consider such information useful—they want to know the side effects of a medication they’re taking in order to decide whether it’s worth it.

This dilemma “gets at something deep in the human condition,” said Sunstein, that goes back to the choice Adam and Eve face in the Garden of Eden. “Do they want to eat the apple—which is the question, do they want to know?”

But Adam and Eve only had themselves to worry about. In 2020, we have the novel coronavirus and loads of new information coming at us from all fronts. “What do you propose is too much information in the era of COVID-19?” Goode asked Sunstein.

We can go back to the same two questions once again, said Sunstein. The usefulness of information is paramount, especially to people most vulnerable to the virus. “They need to know, even if it scares them, because they might be scared but alive, and that’s a good tradeoff,” he said. The question of how information makes us feel is more complicated because terrifying people or making everything seem hopeless is cruel. “You want to give people the information with a sense of hope and good cheer,” said Sunstein, pointing to New Zealand Prime Minister Jacinda Ardern telling her nation that the Easter bunny and tooth fairy were exempt from lockdown.

And then there is the question of misinformation—which can become dangerous, as in the case of hydroxychloroquine, an arthritis medicine that President Trump called a “game changer,” despite its known side effects and a lack of data backing up any benefits it may have against COVID-19. “When you have something that has become so polarizing,” asked Goode, “how do you propose that people in positions of authority communicate about it?”

“The obvious thing about misinformation that’s bad is that people believe it, and they’ll act in response to it,” said Sunstein. And even if they’re immediately given a correction, they’ll still remember the first statement as true. “That’s a real problem for social media and for newspapers and magazines. It suggests that telling people a falsehood even when it’s corrected may be not a good thing,” he warned.

Social media and politics were hot topics in the audience question-and-answer session, from Facebook’s recent announcement that they are banning new political ads a week before the election to the role of information when it comes to keeping democracy alive.

“Love it,” said Sunstein regarding Facebook’s ban, which he believes could help prevent “a falsehood pandemic that could create a terrible distortion.” When pressed by Goode, he noted that it was possible that the ban should be put in place earlier.

And when it comes to democracy, Sunstein believes that giving people the choice—to read further or not—is paramount, because some people want and need more information and others will be overwhelmed by more than the basics. “Citizens need to be able to figure out whom they like and the issues,” he said. “But also, they’re entitled to be busy and to want to know something about the issues they care about but not about the rest.” 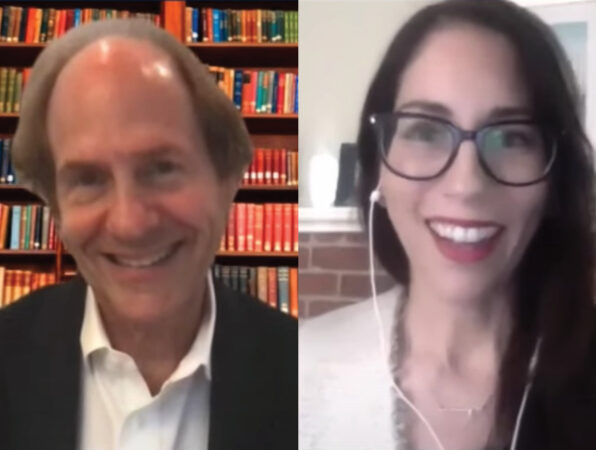 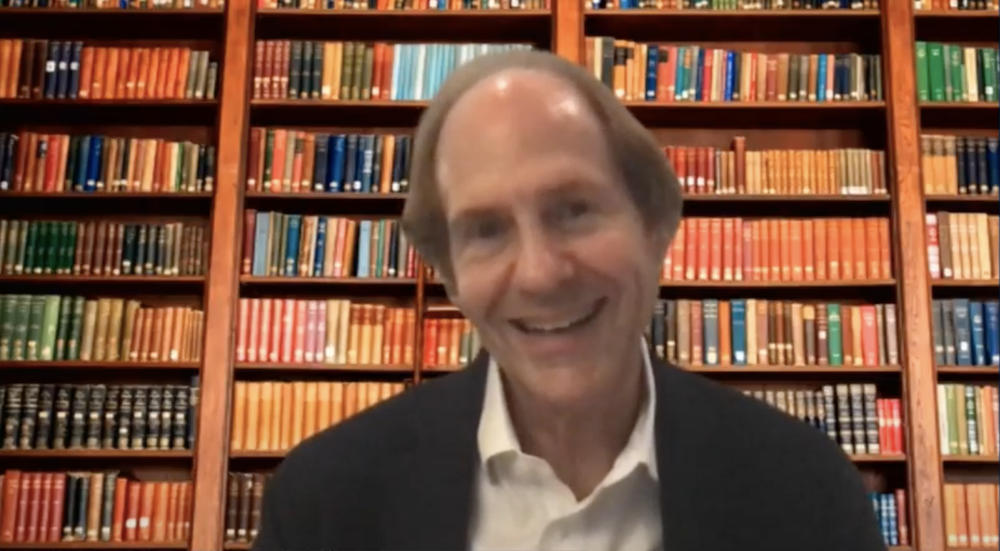 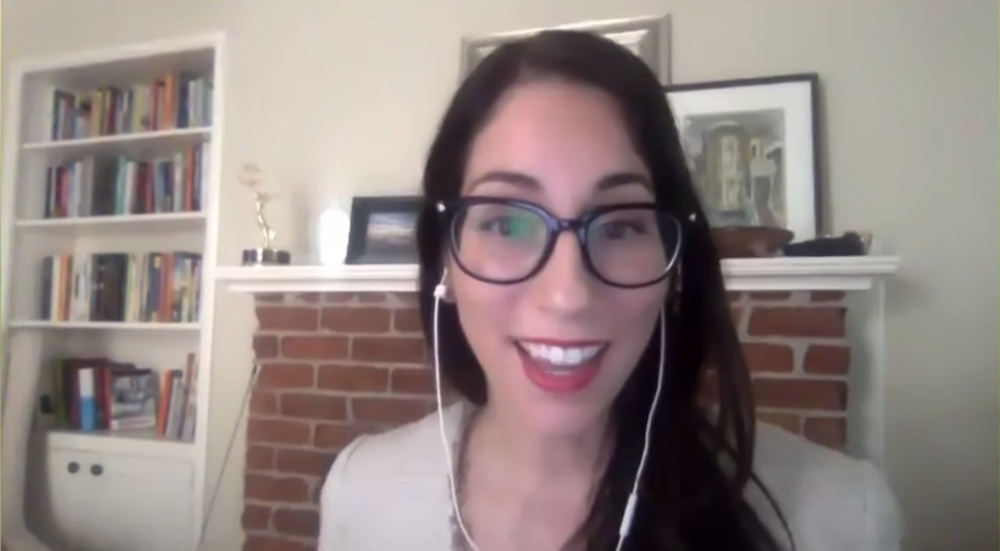