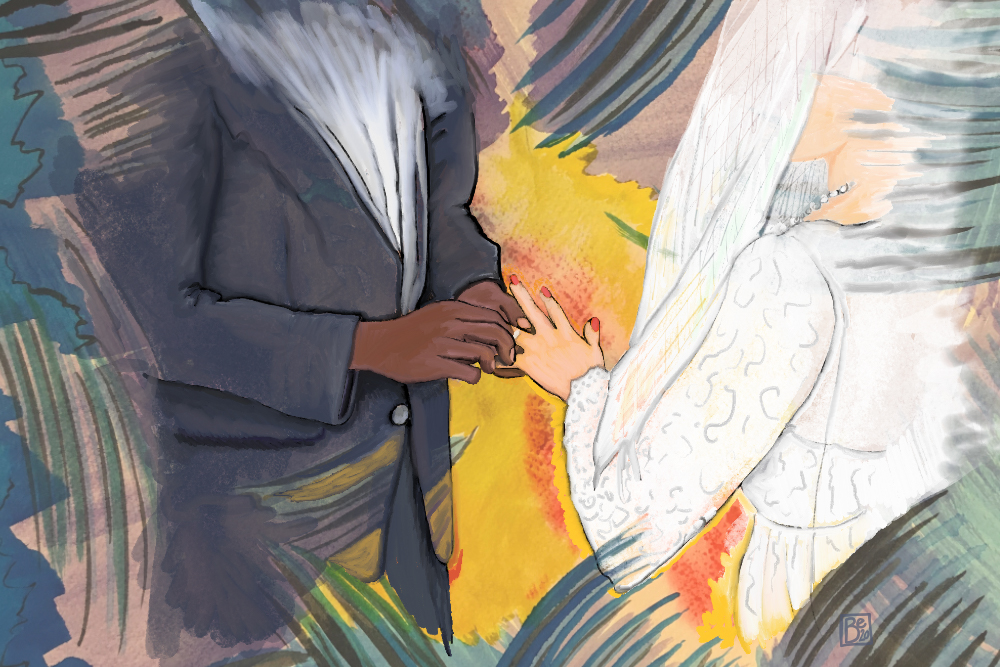 At a moment when the eyes of the nation are fixed on Black Lives Matter and the anti-racism struggle, it may seem odd to call attention to quiet breaches of America’s ethno-racial dividing lines. A South Asian immigrant family moving into a predominantly white suburb; an African American promoted to a position with authority over white employees; or the celebration of a marriage between white and Mexican-American partners—events like these, which are now common in many parts of the U.S., don’t appear to augur much social change. But their cumulative impact can be transformative.

Consider in this light the upper reaches of the workforce. During the 20th century, white Americans monopolized the highest-paying jobs. In 2000, nearly 85 percent of the baby-boom workers occupying the top quarter of occupations (ranked by annual salary) were white.

But, since the beginning of the new century—and as a consequence in part of the demographic decline in the numbers of young whites entering the labor market—the young adults starting these jobs have increasingly been non-white or Hispanic. (These figures are derived from the Census, so I use the Census term “Hispanic” in that context.) Now, one-third of the new job entrants are minorities. That means not just more persons of color with good incomes, but fewer whites in positions of authority—to decide who gets hired or promoted.

But there’s a catch. The minority individuals benefitting from upper-level opportunity are predominantly from recent immigrant backgrounds—they are mainly Asian Americans, both immigrant and native-born, and U.S.-born Latinos. But the share of Black Americans in these good jobs has budged just slightly over time and hovers around 5 percent.

A similar disparity appears in the surging diversity at colleges and universities, which is likewise dominated by immigrant-origin minorities. The 2019 report of the American Council on Education highlights a steep rise in the number of Latino graduates—including a doubling of the annual number earning baccalaureates in 2004-14 alone. Correspondingly, the share of whites among graduates dropped from 73 to 64 percent in the same period. At elite universities, the white share of students has fallen sharply over several decades.

But for Black Americans, the decades of the new century have not brought such good news. Their college graduation rates grew strongly during the second half of the 20th century but have slumped recently. That same ACE report notes that Black students have relatively high rates of dropout from baccalaureate programs, and have the highest level of student indebtedness. At a time of rapidly growing diversity among college students, the stagnating fortunes of Black students are an unacknowledged crisis.

These patterns resonate with U.S. history. During the quarter century following World War II—a period of momentous ethnic change, when mass assimilation ushered previously marginalized eastern European Jews and Irish and Italian Catholics into what had been an Anglo-Saxon Protestant mainstream—immigrant-origin groups leapfrogged over African Americans.

On a smaller scale, a similar assimilation seems to be happening today.

American society continues to operate in two registers for minority Americans, as it has done historically. The registers, taking the term in its musical sense, refer to the notes, or signals, that people, especially young people, perceive in their everyday environments and in contacts with institutions such as schools and the police.

In this century, both major-party nominees of color for national office—the California senator, and President Obama—had an immigrant parent and came from racially mixed families, reminding us of the selectivity of the processes diversifying the mainstream.

In one register, bright notes outweigh dissonant ones and encourage many youth to strive for the mainstream. In that register, ethnic and racial distinctions diminish in importance; and there’s a chorus of voices proclaiming that we live in a meritocracy where young can be whomever they want to be. In the other register, the notes are more uniformly somber. The tune here is that only the most exceptional will escape the severe disadvantages of their minority status; everyone else need not try.

The common view holds that this disparity among non-white minorities is connected with skin color. But in reality, it has more to do with the different ways that groups have arrived, either through immigration or through conquest and enslavement. Embedded in the nation’s historical psyche are preferences for immigrants as individuals who have chosen America to improve their lives. But also embedded are prejudices against the descendants of enslaved and colonized peoples—because of the continuing influence of moral justifications used by whites during slavery and conquest. Some immigrants and their children also feel this prejudice, especially those with very dark skin, and those who have been denied legal status despite long residence.

The increasing inclusion of minorities in mainstream settings is now reaching into, and altering, American families. A widely noted trend of recent decades has been the steady increase in intermarriage: Since the Loving v. Virginia decision in 1967, the percentage of intermarriages among newlyweds has risen from 3 percent to 17 percent, or one out of every six marriages. The great majority of them unite a white partner with a minority one.

The mixing in families is the most revelatory indicator of the quiet ethno-racial reshaping of the societal mainstream. It is impacting America’s child population in ways that have profound long-run implications. According to my analysis of birth certificates, almost 15 percent of the babies born in 2018 had parents from different ethnic or racial groups, and 11 percent—or one of every nine—had a white parent and a minority one. The most common combination by far involves whites partnering with Hispanics.

The obvious question is where children from multiple backgrounds fit in a still racially divided American society. This question holds particular import for those children with white and minority parentage.

The evidence about mixed minority-white Americans that we have to date, though far from complete, is broadly consistent. It includes census data, large-scale surveys (especially by Pew), and in-depth interview studies. The bulk of these (mainly) young people appear to be participating in diverse social worlds. They have grown up with whites and count whites among their close childhood and adult friends; they have high rates of marriage to whites as well, which is perhaps most telling. In addition, their educational attainment is greater, on average, than would be the case if it was determined mainly by their minority origin.

The self-identities of this growing cohort of mixed minority-white Americans are unusually fluid, but typically incorporate their white ancestry. As the sociologist Hephzibah Strmic-Pawl describes Asian-whites in her insightful study, they feel “white enough,” but not exclusively white.

Americans with mixed Black and white parentage are the hugely important exception. By and large, they grow up in less affluent circumstances and are exposed to more severe individual and institutional discrimination (evidenced by, among many other things, their frequent complaints of mistreatment at the hands of the police). They are more comfortable with Blacks than with whites and usually identify with the Black sides of their family heritage. Yet, despite the racism that impacts their lives, they too exhibit a level of integration with whites that exceeds that of other African Americans: they are as likely to marry whites as to marry Blacks.

The mainstream in many parts of the U.S. is tilting away from exclusive whiteness. The naming of Kamala Harris as the Democratic vice presidential candidate is one more indicator of this tilt. But Harris’s background cuts another way, too, and is a reminder of the dual registers of our society. In this century, both major-party nominees of color for national office—the California senator, and President Obama—had an immigrant parent and came from racially mixed families, reminding us of the selectivity of the processes diversifying the mainstream.

As these inclusive processes advance, they may call into question the harshness of racism. But as long as American society continues to operate in the second register, where the individual and institutional processes of racism stifle Black Americans and some other minorities, the country will not succeed in overcoming racism.