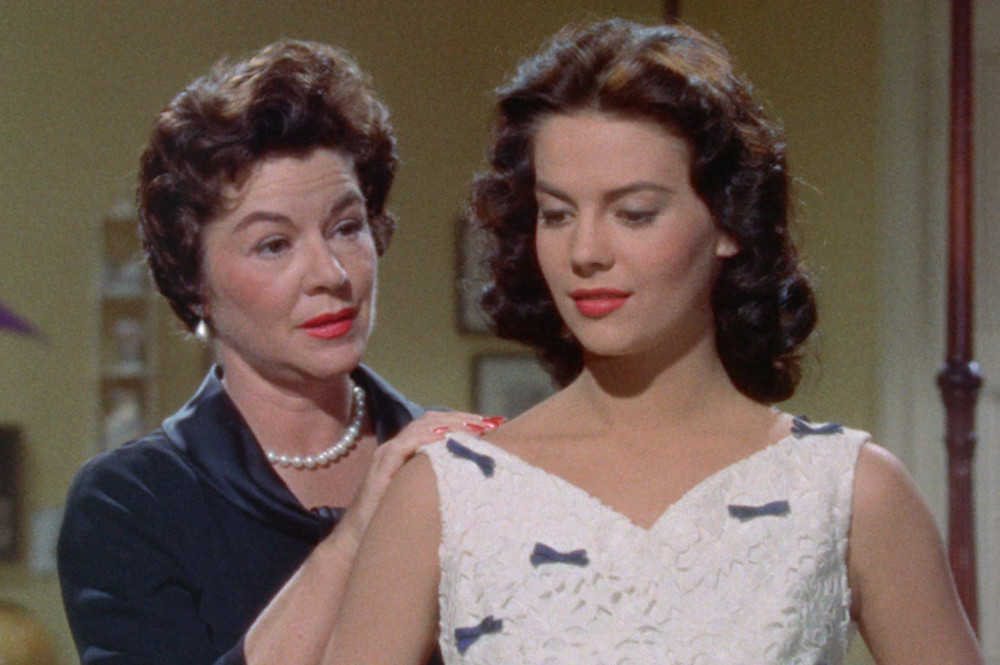 Herman Wouk’s 1955 novel Marjorie Morningstar tells the story of a young Jewish woman who changes her last name from Morgenstern in a bid to achieve success as an actress. The book, and the 1958 movie that is based on it, regard name changing critically—but court records suggest many Jews, facing discrimination, believed they had to change their names to succeed economically.

In 1932, a man named Max Greenberger petitioned the City Court of the City of New York to change his last name and the last name of two of his four children, to Greene.

Max Greenberger, a U.S.-born, middle-aged father, did not fit into any of the classic stereotypes of name-changers. He was not an immigrant coming through Ellis Island, he was not a young man seeking to escape his Old World roots, nor was he a movie star in need of a stage name. Instead, he was explicitly seeking white-collar jobs for his family members. As he laid out in his petition, “[t]he name Greenberger is a foreign sounding name and is not conducive to securing good employment as a musician”—the chosen profession of his daughter. Additionally, he noted, “the name Greenberger … is not helpful towards securing an appointment as intern in a hospital”—the chosen profession of one son.

Thousands of similar-sounding petitions dating from the 1920s through the 1960s can be found today at the Civil Court (which was created by the merger of the City Court and the Municipal Court in 1962). The people filing these petitions were disproportionately members of a growing Jewish middle class. In their petitions, as well as letters and oral histories, a narrative of exclusion and isolation emerges—and explains why an often-misunderstood generation of Jews in the mid-20th century sought to change their names.

Name changing reflected Jewish American families’ interrelated experiences of upward mobility and antisemitism. Filing a name-change petition was predominantly a behavior of the middle class. This was true in part because it was expensive to change your name officially—you had to hire a lawyer and pay administrative fees, among other expenses. More subtly and more significantly, New York state law in the middle of the 20th century—just like today—made clear that you did not actually have to file legal papers in order to change your name: All you had to do was use a new name consistently and without any intent to commit fraud, and your new name was legal. The decision to file an official petition signaled concern that someone would be or had been scrutinizing your name on paper.

In the first half of the 20th century, it was primarily middle-class people who worried that someone might be scrutinizing their names. Working-class jobs, like domestic service or loading cargo, were more typically given to individuals based on recommendations of family members or appraisals of their bodies; because their names were not being monitored by employers, most working-class men and women who changed their names probably did so unofficially, rather than through official petitions. It was white-collar workers—students seeking to get into professional school, businessmen hoping to impress clients, and secretaries applying to employment agencies—who had to worry about their names, and Jews were beginning to seek out those positions at rates higher than other ethnic groups. While New Yorkers with Slavic, Greek, and Italian surnames also changed their names in City Court during this era, Jews changed their names in numbers far disproportionate to their presence in the city.

Institutionalized antisemitism blossomed in employment and education in the interwar years. Jews were increasingly seen as undesirable in American middle-class society, and those with more Jewish-sounding last names found themselves under an increasing amount of scrutiny. Beginning with Columbia University in 1917, colleges and universities throughout the country began establishing quotas on the numbers of Jews they accepted. In order to limit Jewish students, schools created new, lengthy applications that asked questions about the candidate’s parents’ origins, occupations, and even their names: where was your grandfather born, what is your father’s occupation, what was your mother’s maiden name? The questions were purposely designed to identify and exclude Jews.

The same types of techniques began to proliferate in the work world, just as Jews began to seek white-collar employment. According to one 1937 American Jewish Congress report, 89 percent of large New York companies told employment agencies that they “preferred Christians” as employees, demanding that those agencies use their application process to filter out Jewish candidates. Employers also increasingly posted advertisements throughout the 1920s and 1930s noting that they were “Christian,” “Anglo-Saxon,” or “Christian firms.” Using these techniques, industries such as banking, insurance, and public utilities all maintained small quotas of Jewish employees, while rejecting virtually all other Jewish applicants. These techniques remained consistent, or even increased, throughout World War II and its aftermath.

Petition after petition lodged at the City Court darkly hints at the forces of antisemitism that limited the livelihoods of those who filed them. Dora Sarietzky, a stenographer and typist, testified: “My name proved to be a great handicap in securing a position … In order to facilitate securing work, I assumed the name Doris Watson.” Bertram Levy, president of a mail chute corporation, found that “his name [had] been a hindrance to him in his efforts to gain an entrance to various firms and to secure business from them.” He sought permission from the court to adopt “an American name”: Bertram Leslie. Jews rarely stated openly that they experienced antisemitism, but they made clear that as they sought white-collar jobs and higher education, their names had inspired “embarrassment” and proved to be a “hindrance.”

The intertwined search for upward mobility and experience of antisemitism affected men, women, and children. As they sought pink collar labor in higher numbers, for example, Jewish women faced ugly stereotypes in the workforce that they were “loud and harsh or shrill” or wore over-sexualized clothes or too much makeup, while Jewish teenagers were typecast as “clannish” or as “grinds,” unsuitable for the athletic and social world of college men.

As all members of Jewish families faced discrimination in their efforts to get jobs and education, group name-changing became a phenomenon, with entire families all changing their names in concert, sometimes putting as many as nine people on one petition. Parents like Max Greenberger filed for underage children; adult siblings and spouses filed together. Family members viewed themselves as one economic unit, and they filed name change petitions together to allow the unit to thrive.

Although only a small minority of New York Jews changed their names, the practice became a commonly acknowledged and accepted one. Jews described being counseled to change their names by family members, employers, teachers, and mentors; one New York Jewish author remembered that it had been a matter of course for Jewish college students to change their names upon graduation in the 1930s. A 1950 study of Bronx residents reported that virtually all of the 181 Jews surveyed knew someone who had changed their names. Some of the most famous examples of American Jewish culture of the mid-century—from Jo Sinclair’s Wasteland to Laura Z. Hobson’s Gentleman’s Agreement to Herman Wouk’s Marjorie Morningstar—featured name changing as a basic part of American Jewish life.

Yet, just because name changing had become a part of Jewish life does not mean that it was universally embraced. Indeed, novels and movies like Gentleman’s Agreement and Marjorie Morningstar popularized portraits of name changers as shallow social climbers who hated themselves and other Jews. Memoirs, oral histories, and reminiscences from New York Jews of the era recorded contempt for Jews who changed their names. Physician and author Sherwin Nuland, for example, remembered his gym teacher insistently mocking his newly changed name, while historian Daniel Horowitz remembered his father’s anger at Jews in his neighborhood who had changed their names. The 1950 survey of Bronx residents found that about 50 percent of those 181 Jews defined name changing as “a shame” and a reflection of “a lack of pride.”

In the 1930s, ’40s, and ’50s, Jews in New York at least recognized the antisemitism that impelled their neighbors’ petitions to the City Court. Later on, that wouldn’t be the case. Jokes about name changing at Ellis Island (a myth that most historians agree never took place) emerged in the 1960s, as New York Jews moved to the suburbs, farther away from the painful experiences their parents and grandparents encountered every day in Manhattan, the Bronx, and Brooklyn. By the 1970s and ’80s, a decline in institutionalized antisemitism (in part, the result of civil rights laws passed after World War II) led to a substantial drop in the numbers of Jews changing their names in Civil Court, and negative portraits of name changers exploded as American Jewish culture became largely divorced from the real circumstances of antisemitism that had led so many to change their names in the first place.

In a post-Roots era, where ethnic diversity and authenticity was suddenly becoming more valued, popular culture pilloried Jews who seemed to have abandoned their heritage in their quest to “become American.” Popular movies like 1982’s My Favorite Year or 1991’s Avalon portrayed Jewish name changing as an inauthentic effort by Jewish men to fit in, and rarely acknowledged the struggles of native-born American Jewish men, women, and children to find work or education in the middle of the 20th century.

In this new world, name changing became an embarrassment, something that an American official did to your ancestors a long time ago. The challenges faced by ordinary men and women like Max Greenberger and Dora Sarietzky faded from public view, and their painful choices to erase their Jewish names were largely forgotten, hidden inside the stacks of petitions warehoused at the New York City Civil Court.