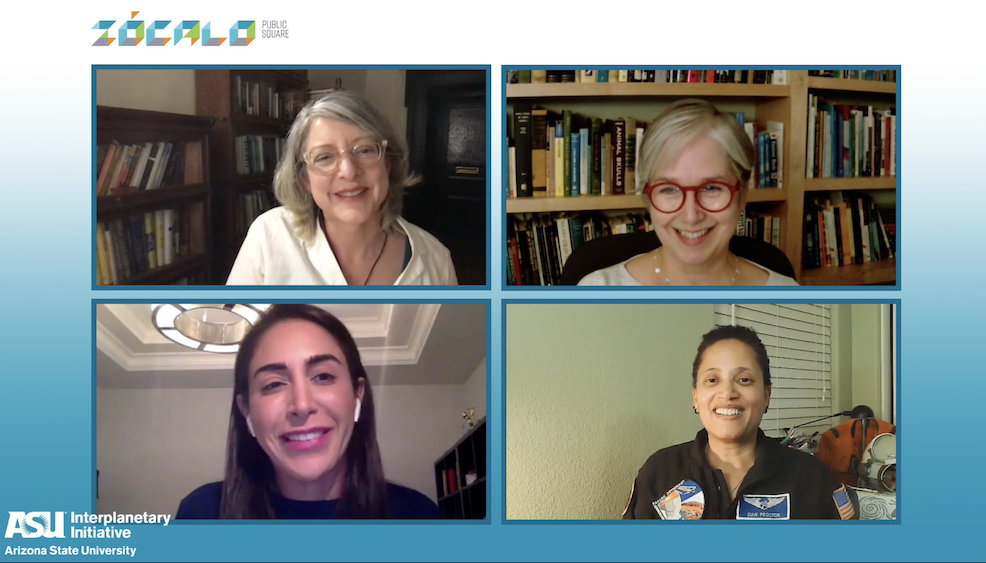 The title question of last night’s Zócalo/ASU Interplanetary Initiative event was “Can Space Exploration Save Humanity?” But it quickly became clear that an inversion was required. According to a panel of women who work in and study space exploration, humanity must solve our many problems—from international relations to sustainability—on Earth, and then use our terrestrial solutions to create a more equitable, just, and peaceful world on the moon, Mars, and beyond.

“I like to say, ‘Solving for space solves for Earth,’” said analog astronaut and geoscientist Sian Proctor, who has lived in a number of moon and Mars simulations on Earth. In such experiences, which can last from a few weeks to 500 days, participants conduct scientific research and also learn to live more cohesively. Analog missions advance human space exploration, and also, as Proctor pointed out, “all of that knowledge helps us become more sustainable here on Earth.”

Director of the ASU Interplanetary Initiative Lindy Elkins-Tanton agreed that working toward space exploration can lead to many different kinds of advancement—in terms of human inspiration, technology, and cooperation. Elkins-Tanton, who is also principal investigator of the NASA Psyche Mission—a multi-year, 800-person endeavor currently building the ship that is going to travel to a metal asteroid—said that preparing for such a mission helps us “see what we can do together and what we can achieve.”

One of the most pressing problems of this moment is ensuring the Earth’s survival. “How can thinking about space exploration make us live more sustainably?” asked the discussion’s moderator, Lisa Margonelli, senior editor of Issues in Science and Technology (and former Zócalo editor-in-chief).

Melodie Yashar, designer and co-founder of Space Exploration Architecture, is currently part of the Moon-to-Mars Planetary Autonomous Construction Technologies Project, a partnership working to establish a permanent and sustainable lunar outpost. “The only way to do that is to really think sustainably about the resources we launch, the materials we use that are local to the planet, and make the most of the resources that we have available to us,” she said. Yashar believes the work they’re doing in 3-D printing and manufacturing could disrupt construction on Earth as well. “The way we think about materials usage, the way homes and infrastructure here on Earth [are] built is a place where innovation should be fostered and is warranted,” she said.

“Right at this moment we can’t even send people to live temporarily on the moon, let alone find another planet and create generations,” said Elkins-Tanton. “We absolutely have to work on our beautiful Earth because that is the place.”

But space remains the province of rich countries and people, said Margonelli. “How can something so elitist be used to address inequities?” she asked the panelists.

The dream of space continues to inspire people from around the world, said Elkins-Tanton. Plus, more and more countries are developing space agencies, which wealthier nations and organizations are assisting through programs like satellite ride-shares.

Pointing to the U.S. Space Force and Russia’s killer satellite, Margonelli pushed back: Can space be a place of cooperation or is it becoming increasingly “a lawless place of war and competition?”

“There are people all around the world and organizations springing up trying to ask this very question,” said Elkins-Tanton: “How do you create international cooperation in space when we haven’t really succeeded in that on Earth?” She added, “We don’t have a great system we can export; we have to create one.” But she’s optimistic that it’s possible, pointing to the Open Lunar Foundation and a recent TED Talk by a researcher there, Jessy Kate Schingler, on the subject of envisioning better rule of law on an interplanetary level.

The conversation shifted to address the responsibility of the private sector as it gets increasingly involved in the business of space.

Proctor believes that the private sector should follow NASA’s lead and keep research in the public domain—inspiring creativity and allowing “people to reuse, remix, revise, and develop the knowledge that’s being created.” Companies have to answer the question: “What are you giving back to humanity as you reach for the stars?”

Yashar wants to see collaboration and partnerships “represent the needs of many and not just a few,” she said, making a Star Trek reference. That means having “a very diverse group of people who are collaborating and who are having open and active dialogues” when it comes to the values that are carried and the priorities being pushed forward for space exploration.

The question of who is coming to the table is one of access—and education. “Do we need space philosophers and space lawyers and space poets and space engineers?” Margonelli asked the panelists.

Yashar said that it’s the engineers, by and large, who are the people deciding the future of interplanetary life—and they’re working alone. If that continues, she said, “we’re only going to end up with what we already know.” Making the conversation more interdisciplinary, with psychologists, anthropologists, artists, and others “can start to change that value system and really celebrate those other voices which from a traditional engineering workflow would not be recognized.”

The audience question-and-answer session asked the panelists to consider a number of worst-case scenarios, including whether we’ll be able to find another planet to live on if Earth becomes uninhabitable, what’s being done to keep space from becoming another war zone, and the implications of disturbing microbes on another planet.

The panelists were all adamant that we have to save Earth before we even consider making another planet habitable. As Proctor put it firmly: “Can you give birth on another planet? And if you can’t, sorry, humanity—you end here.”

“Right at this moment we can’t even send people to live temporarily on the moon, let alone find another planet and create generations,” said Elkins-Tanton. “We absolutely have to work on our beautiful Earth because that is the place.”

Before closing, Margonelli asked the panelists what questions they have about going into space that aren’t being talked about enough.

“As we achieve more and more in space exploration, how do we make sure the benefits accrue more evenly to those who are on Earth?” asked Elkins-Tanton.

Yashar wanted to know how we can ensure that the institutions contributing to the narrative of space exploration “are passing on knowledge in a way to ensure that younger generations can also contribute equally and in a fair way to what the future will bring?”

And Proctor voiced the question that the panelists grappled with throughout the night: “What does a just, equitable, and inclusive space look like?” 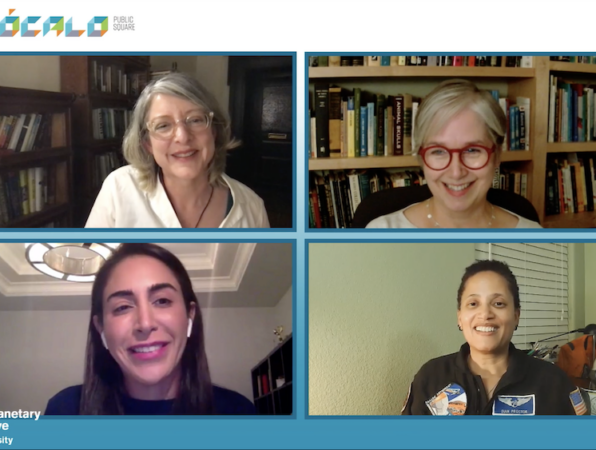 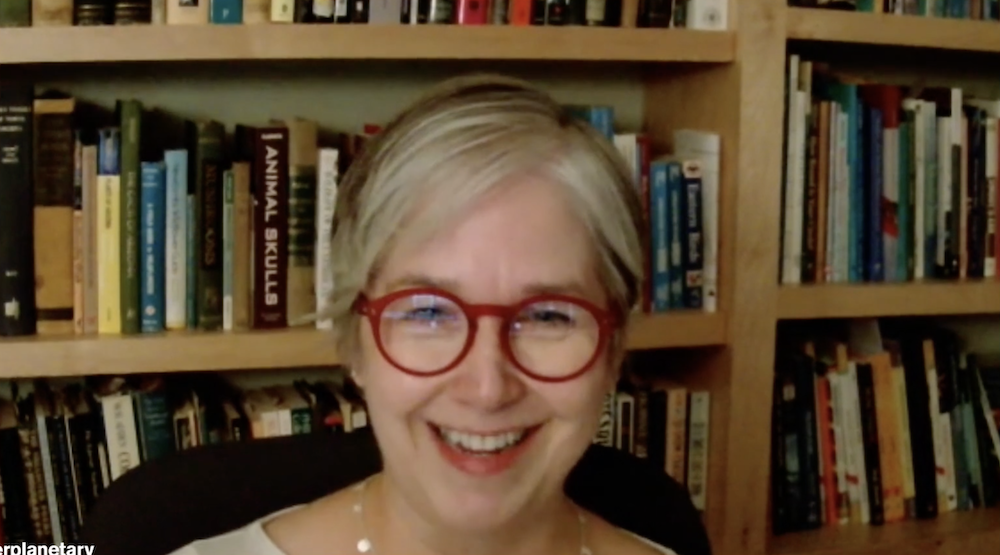 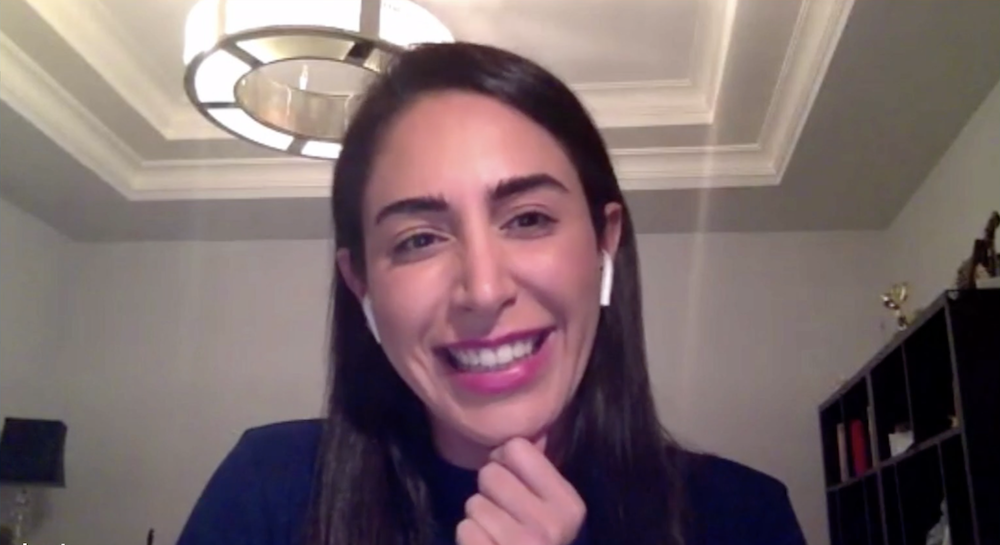 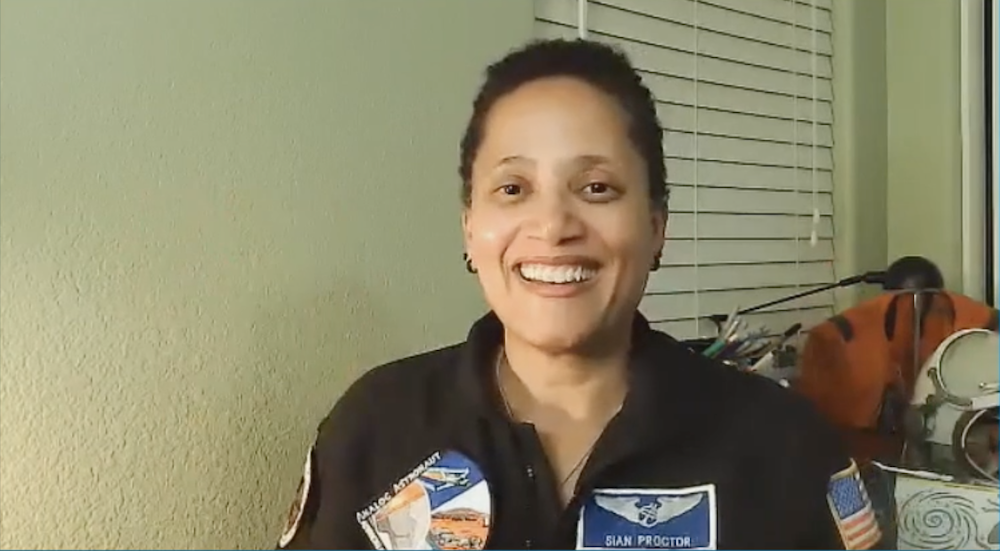 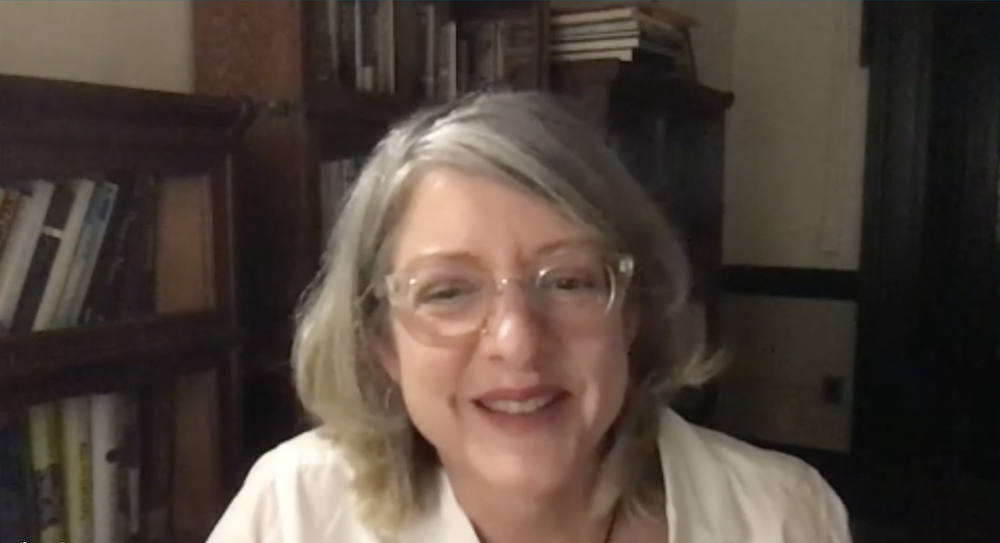