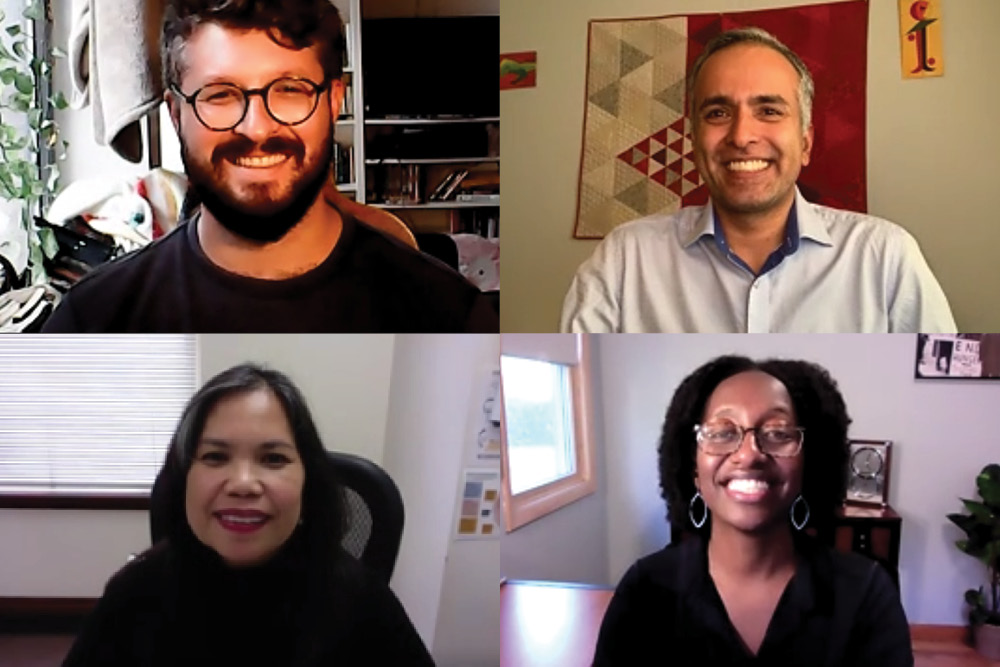 American states, conventionally seen as threats to Americans’ constitutional rights, also can be powerful forces for protecting and extending rights in ways that benefit the whole country, said panelists at a Zócalo/Center for Social Innovation virtual event yesterday titled “Are American States Better at Protecting Human Rights Than the U.S. Government?”

The discussion dug deep into the complexities, contradictions, and cross-pressures of American federalism, and how states and the federal government push and pull each other on citizenship, immigration, and health care. While noting all the ways that states have infringed on Americans’ rights, panelists also said that advancing ideas and rights at the state level is vital to progress in this country, no matter which parties win elections, and no matter who is in the White House.

“You cannot ignore the states,” said Karthick Ramakrishnan, founding director of the Center for Social Innovation, which is based at UC Riverside. “For people who think that somehow you can [make progress] just by taking over Congress and the presidency and even the courts, history shows otherwise … You have to build power and policy innovation in the states.”

The event’s moderator, The Nation contributing writer Richard Kreitner, started the conversation by asking whether an emphasis on states’ rights ends up leaving vulnerable people “behind enemy lines.”

Ramakrishnan said that any progressive concept of states’ rights must start with aggressive federal enforcement of the 14th Amendment, and its promise of equal protection of the laws. States can build new rights, and new dimensions of rights, on this “federal floor,” he said.

And when the powerful federal government is violating rights, it’s even more important for states to practice what he termed “progressive state citizenship” to check federal power and protect rights.

“If you don’t have federalism and you do have a lot of division along geographic lines,” said Ramakrishnan, co-author (with Allan Colbern) of the new book Citizenship Reimagined: A New Framework for State Rights in the United States, “you’re going to endow the presidency with so much power that it’s like a whipsaw action when each party takes over the presidency. That is really harmful to divided societies.”

Cornell University government professor Jamila Michener, a leading scholar of poverty and author of Fragmented Democracy: Medicaid, Federalism and Unequal Politics, cautioned that people’s views of states’ rights can vary based on whether their preferred party is in power in Washington, D.C. Using Medicaid as an example, she explained how American federalism produces inequality, with people receiving different healthcare and having different rights as residents depending on the state in which they live.

“What happens to any of us in any place is relevant to what happens to all of us,” said Michener, who is co-director of the Cornell Center for Health Equity. “One of the moral challenges of the inequality that federalism breeds is precisely that: It feels like our human dignity is contingent on arbitrary geographic location.”

At the same time, she said, American federalism also “creates conditions of possibility” to make advances in states and in the nation as a whole. This means that people need to be working constantly in the states to organize and build power.

“If you’re interested in minimizing harm and minimizing suffering, and if you’re interested in and committed to a particular vision of people living with full dignity and having access to a certain set of rights, then even when the folks that you favor are in power, you don’t necessarily then sit on your laurels,” she said. “You keep building power, so you can set the terrain that pushes up that floor that is established on the federal level.”

“You cannot ignore the states,” said Karthick Ramakrishnan, founding director of the Center for Social Innovation, which is based at UC Riverside. “For people who think that somehow you can [make progress] just by taking over Congress and the presidency and even the courts, history shows otherwise … You have to build power and policy innovation in the states.”

Cynthia Buiza, executive director of the California Immigrant Policy Center, said that California is a model of such power-building. Over the past 25 years, California has enacted a “constellation” of more than 100 policies that protect immigrants and make it easier for them to work, drive, and go to college. “The state,” she said, “recognizes the fundamental role that immigrants play.”

“California is a very interesting case study in federalism,” Buiza added. “It has managed, over the years, to decrease the pain and suffering of many vulnerable people.” But this past generation of progress is a departure from California’s previous history of limiting the rights of migrants and others. And, even with today’s protections for unauthorized immigrants, the situation of immigrant families is dire in the state due to oppressive federal policies, the pandemic, and a scarcity of housing.

“At a time when health care is so crucial for everybody, people are hesitating to go to the hospitals,” she said.

In response to questions submitted by audience members, panelists suggested that states have a role to play in combating climate change. Ramakrishnan said that states should recognize “the right to human capital” and address climate change as a threat to that right. Michener argued that climate change was both a rights and justice issue, since its impacts fall disproportionately on poor people and communities of color.

Buiza and Ramakrishnan were also emphatic that the possible election of Joe Biden shouldn’t slow down state-level efforts to defend immigrants and pursue other expansions of rights. Ramakrishnan pointedly noted that the Obama administration had opposed sanctuary policies in California. Both he and Michener sought to debunk one conventional argument—that the pursuit of progressive policies in California or other states would provoke oppressive policies in other states. Progressive immigration policies in states have generally been protected by courts, while more regressive ones have been thrown out, Ramakrishnan said.

Kreitner, the moderator and author of the book Break It Up: Secession, Division, and the Secret History of America’s Perfect Union, asked whether the different policies of states helped hold the country together or are evidence that the country is splitting up.

Michener said that the divisions between states were being politicized, racialized, and institutionalized in destructive and increasingly visible ways. Americans, she said, must contend with these divisions. “Do I think it’s going to end well, with us remaining a singular polity that learns our lessons and then moves forward in a unified way?” Michener said. “No, not especially. But I’d be happy to be wrong.”

Buiza, herself an immigrant from the Philippines, noted that she had been to countries with separatist movements, including Indonesia, and that divisions should be taken seriously. But she believes that the United States is still very capable of solving national problems together, including the reform of its immigration system.

“I don’t know that there has been a final referendum on the American Dream,” Buiza said, “and if there is, I would like to know what it is—because right now, I still believe it.” 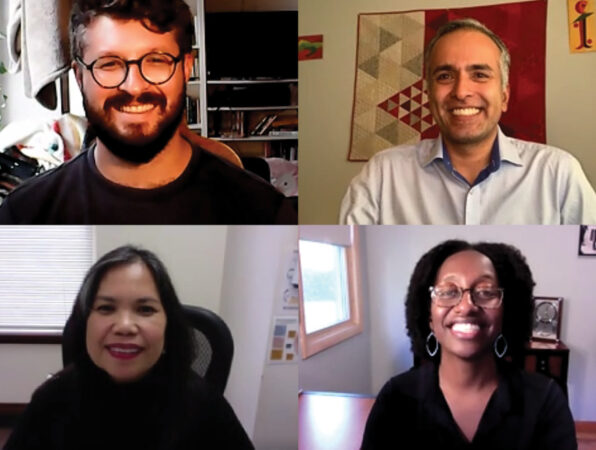 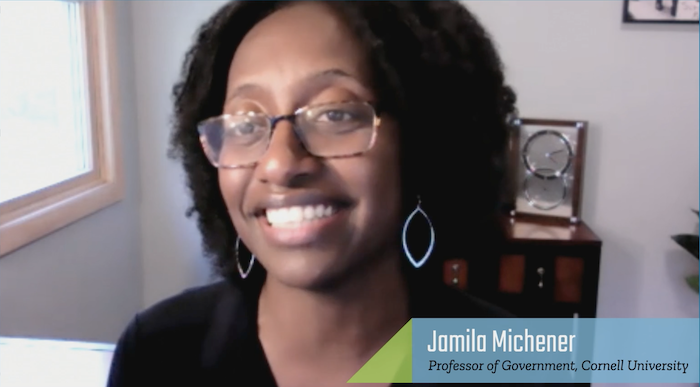 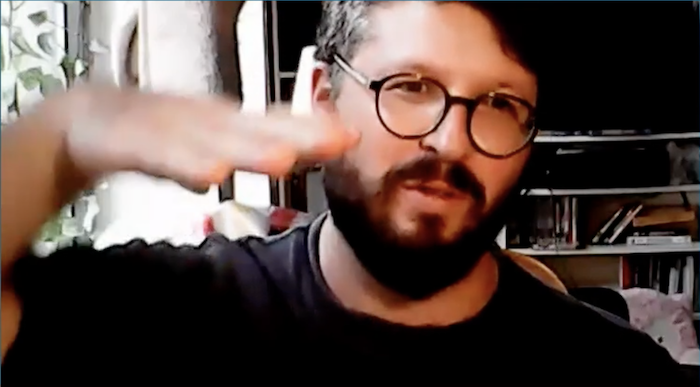 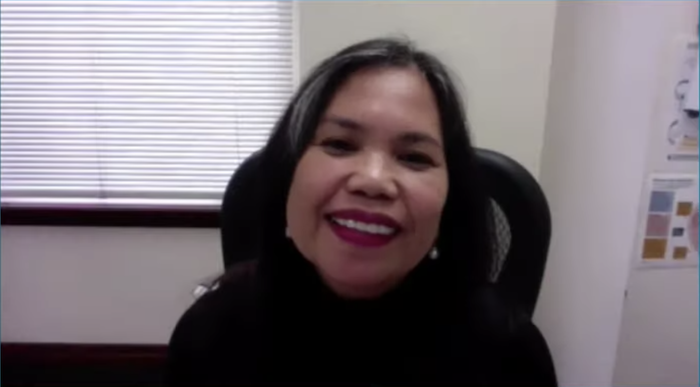 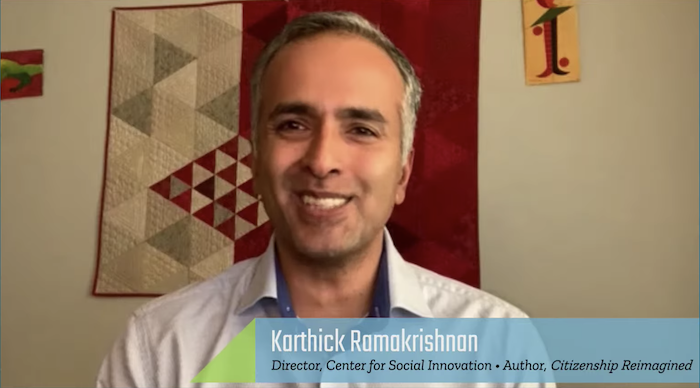 Karthick Ramakrishnan, founding director of the Center for Social Innovation