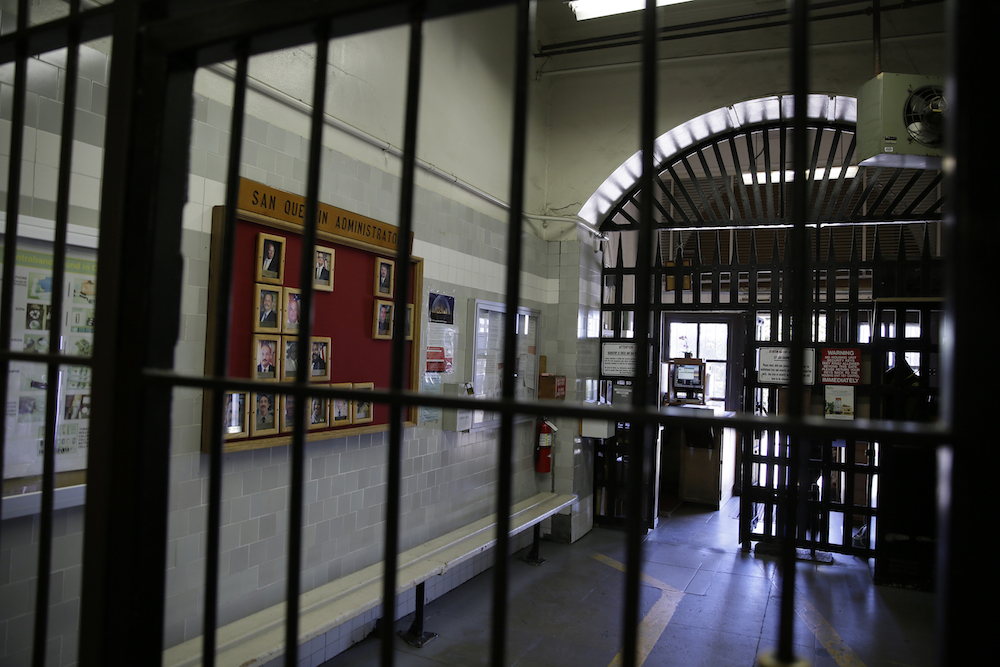 Emerging adults are imprisoned at rates far greater than other age groups, but they suffer disproportionately when we place them behind bars. Courtesy of Eric Risberg/Associated Press.

“Emerging adult” is a new phrase for many of us, and a useful term for understanding a stage of human development that is too often overlooked. People between the ages of 18 and 25 aren’t kids, exactly, but they aren’t grownups either: a child does not magically transform into a fully mature human on their 18th birthday (an absolutely arbitrary point in time, agreed upon for such legal purposes as determining voter eligibility or conducting a military draft). Today we know that brain development continues through an individual’s mid-20s, with the last area to mature being the prefrontal cortex—that part of the brain helping us think through consequences and practice restraint.

Nonetheless, emerging adults are disproportionately arrested and incarcerated. Though they make up just 10 percent of the U.S. population, they make up around 1 in 5 adult prison admissions. This is a tragedy. Data show conclusively that prison has a uniquely negative and often lifelong effect on young people. Prison rips emerging adults away from the peers and social environments they rely upon to grow up in a healthy way. It causes isolation, illness, disruption of education, and permanent disadvantages in job seeking. It can make young people vulnerable to mental and physical illness for years to come. And they are not the only victims: Children of incarcerated adults face a host of health, economic, and educational risks.

In the aftermath of a pandemic that devastated their job and education prospects, emerging adults must become a policy and budget priority. The nation’s future depends on it.

Two hallmark characteristics of emerging adults—their love of taking risks and their intense need for social activity—too frequently put them in conflict with the law. These traits are by no means flaws, however. Risk-taking peaks during this period for a reason: to help young people to strike out on their own, create autonomy from their parents, explore new experiences, and maybe even start families. The pull toward peers allows young people to build a new network of support. Both are needed for healthy development; they lead to a path of mature independence.

Privileged emerging adults have always been more likely than their disadvantaged peers to live in a specific environment that has been tailored to their developmental stage: college. University life surrounds young people with peers who are likely to become a helpful network later in life. Campus disciplinary codes generally keep punishments for minor law breaking, such as drug- or alcohol-related offenses, out of the formal legal system.

But less wealthy Americans, including many Black and brown young people, don’t get such nurturing. Even minor offenses can land them in prison. Incarceration then throws a wrench into the work of entering fully into adulthood: Regimentation, rather than exploration, shapes the experience. Unable to bond with long-term friends or a partner while incarcerated, they also find more obstacles upon release, like parole restrictions on whom they may associate with or where they may live, that keep them from forming groups around common interests or goals.

When emerging adults are removed from places and people that encourage their development, they suffer. So do their communities, which lose the potential of the energy and passion of this group. During the pandemic, the emerging adults of Generation Z became catalysts for change, fueling an upsurge of support for Black Lives Matter and other anti-racist activism. Another way of saying “risk-taking” is “brave.” Another way of saying “susceptible to peer influence” is “eager to act in solidarity with others.”

It’s not easy growing up today. Milestones associated with “settling down,” like finding a life partner, having children, and committing to a profession are all happening at later ages than they once did. The process of establishing an independent life takes longer, and the path is not nearly as clear as it once was. Someone coming of age in the 1960s might spend their adult life working for a single employer, in the community where they were raised, with wages sufficient to support children and own a home. Today’s young people, facing more tenuous employment options and more expensive housing, typically struggle to find a foothold. Emerging adulthood is marked by higher unemployment than later life, and the number of adult children moving back to their parents’ homes has been rising throughout the 2000s as marriage declined and wages failed to keep pace with housing costs.

Prison rips emerging adults away from the peers and social environments they rely upon to grow up in a healthy way. It causes isolation, illness, disruption of education, and permanent disadvantages in job seeking.

And that was before COVID-19 exacerbated these trends and brought the problems of incarcerated emerging adults to peers everywhere. Much like prison, the pandemic imposed upheaval, scarcity, and stress. Students suffered and were cut off from the world when their schools and universities shut down or shifted awkwardly to online learning systems. They lost academic benefits and opportunities to build social and career networks. Research shows that emerging adults experienced increased anxiety and depression during the pandemic, both of which are barriers to healthy development.

COVID-19 upended normal business routines and hiring, too. Unemployment reached almost 15 percent during the pandemic, presenting first-time job seekers with dismaying odds, and forcing many young people to move in with relatives. By July 2020, 52 percent of 18- to 29-year-olds in the U.S. were living with one or both parents, according to the Pew Research Center. This development is problematic. Though some emerging adults may thrive, others struggle with returning to the nest at a stage when they were establishing independence. Their presence can also strain their already overwhelmed families, and at least one study has linked the return to the parental home with depressive symptoms.

It may be difficult for emerging adults to recover lost economic ground after COVID. Research shows that entering the job market during a recession is associated with lower earnings for a decade or more, and even higher divorce rates and earlier death. Furthermore, the economic uncertainty of the moment may inspire older workers to stay on the job longer, which will mean fewer openings for young people. More than ever, policy should adjust to support emerging adults through historic challenges. The harms that have befallen young people in prison have become the woes of young people everywhere.

In 2016, my colleagues and I started the Emerging Adult Justice Project, which aims to promote effective and fair justice policies for 18- to 25-year-olds in the criminal legal system that will allow them to grow into healthy, functional adults. We advocate for a variety of research-informed changes, including placing emerging adults in the juvenile justice system, which is more developmentally appropriate and has a much better track record of producing successes in the classroom, workplace, and family. We also work to change public perception about this life stage.

The post-COVID period is poised to be a difficult one for Generation Z. The coming hardships could threaten their development from impulsive-and-passionate teens to responsible-and-measured adults. No other cohort since World War II has faced such odds, and as such these young people deserve the functional equivalent of a GI Bill to ensure they get the education they need to be successful. Student loan forgiveness, national service, universal high-speed internet access, and extended paid internships that would allow people to simultaneously learn and earn should also be part of forthcoming legislation.

Most urgently, we can end the mass criminalization of emerging adults by including more of them in the juvenile justice system. We can and ought to afford a 19-year-old minimum wage earner as much grace and as much opportunity to recover from a mistake as we do a college student. And we should put policies in place that ensure no emerging adults are punished because they grew into adulthood during a time of scarcity and disruption. We should capitalize on their strengths—their passion for social justice, their technological acuity, their willingness to try new things—to ensure they fulfill their promise as stable and productive adults for decades to come.