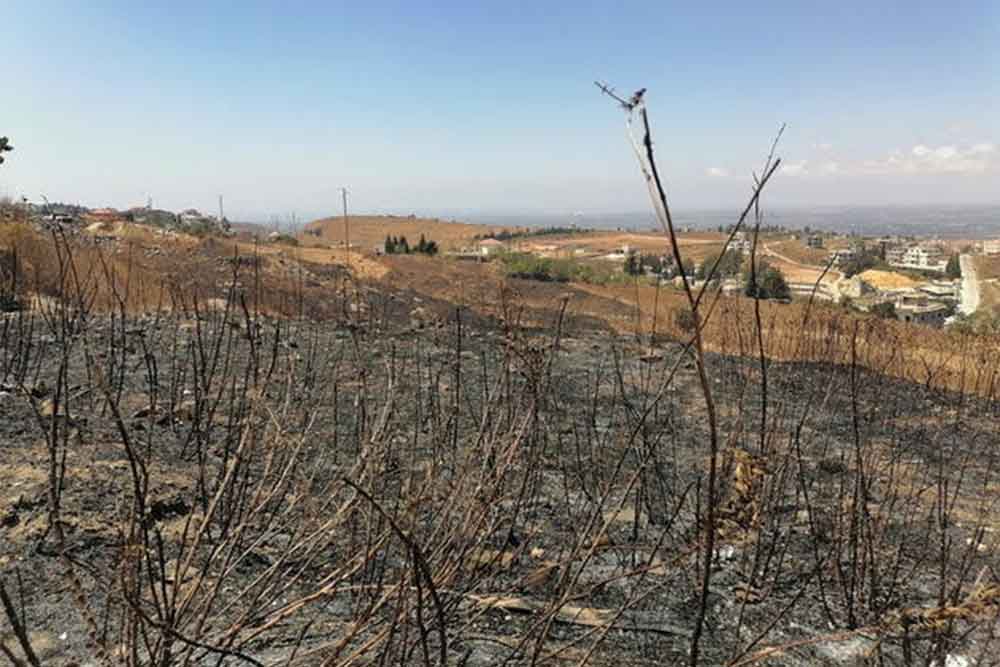 The aftermath of the Akkar explosion. Photograph courtesy of Abby Sewell

It was the explosion that drove home to me how irrevocably Lebanon was broken.

Not the horrific August 4, 2020 Beirut port explosion, when a warehouse full of ammonium nitrate exploded, killing more than 200 and generating shock and sympathy around the world. Recently, that explosion made it back into the headlines when a protest over the investigation into its causes provoked deadly street clashes.

I’m talking about a different explosion, which took place on August 15, 2021 and killed more than 30 men and injured dozens more in a village in the neglected northern district of Akkar as they filled up plastic canisters with gasoline. You’ve probably never heard about that explosion. Few have, outside of Lebanon.

Had it happened at another time, or in another place, the Akkar disaster probably would have been international news. Maybe it went largely unnoticed because the blast coincided with the chaotic U.S. withdrawal from Afghanistan. Or perhaps the silence surrounding was inevitable. The first time a disaster happens, it’s news; when disasters become the norm, people stop paying attention.

Still, for the victims living through such events, the pain is no less. And for a journalist, it presents an existential dilemma. Most of us got into this business with the idea that telling stories will make a difference. How do you keep on when you know that it won’t?

For a journalist, it presents an existential dilemma. Most of us got into this business with the idea that telling stories will make a difference. How do you keep on when you know that it won’t?

I was in Beirut during the 2020 port explosion. Like many others there, I threw myself into frenetic action telling stories of pain and of hope, of so many ordinary people jumping in to help search for victims, clear rubble, and find housing for those who were displaced. Outside of Lebanon, too, people leaped to action. Hundreds of millions of dollars of aid flowed in, and teams of international experts flew in to investigate the cause of the blast.

For half a century the country had been repeatedly demolished—first by war, then by corruption, negligence, and political infighting, culminating, in 2019, in one of the most dramatic economic crashes in modern history. Now, with the world’s eyes upon them, Lebanon’s prime minister and cabinet resigned. For a time, it seemed that the explosion might be the catalyst that would finally turn the country around.

Of course, that didn’t happen. Various political factions soon began bickering, holding up the formation of a new government. International aid dried up. The country’s economic crisis reached a dystopian level as the value of the lira, officially pegged at 1,500 LBP to 1 USD, plunged from a black market exchange rate of 8,000 LBP to 1 USD at the time of the explosion to 20,000 LBP to 1 USD by August 2021.

Fuel imports, along with medicine and some food, remained partially subsidized by the central bank to protect the population from the worst effects of the devaluation. But a shortage of foreign currency, along with rampant smuggling of fuel and other subsidized imports to Syria, resulted in severe shortages of fuel, medicine, and even bread that has gotten progressively worse over the past six months.

The situation in Akkar, about three hours’ drive north of the capital, was even worse than in Beirut. The largely agricultural district had always been isolated and impoverished; by mid-August 2021, its gas stations had been closed for weeks. To get to work and ensure electricity at home, people were relying on expensive, poor quality, black market fuel, sold in plastic jugs on the side of the road. Lebanon’s cash-strapped power utility provides only a few hours of electricity a day, and diesel generators fill in the gap.

On the afternoon of August 14, the Lebanese Army found a tanker full of illegally stored gasoline and diesel on the property of a businessman in Tleil, a village along the small highway that climbs up from the district capital of Halba to the mountains above. The fuel was likely intended to be smuggled to Syria or sold on the local black market. The army confiscated the bulk of it but left a few thousand liters at the site, for reasons that are not entirely clear. 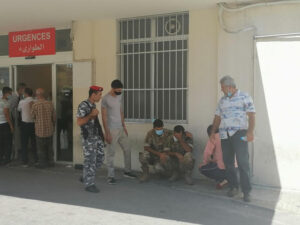 Witnesses told me that late in the evening, soldiers at the scene gave in to the pleading of a few desperate locals who asked to fill up canisters. Word spread and soon hundreds of people arrived, hoping to get a couple of gallons. Chaos and fights broke out, someone lit a lighter, and the tanker exploded. While the government has not released an official death tally, a local activist who has been coordinating aid for victims’ families told me the count has now reached 36. Dozens more were injured, overwhelming the country’s already struggling hospitals.

The gasoline crisis also prevented most Beirut-based journalists, myself included, from immediately getting to the scene. Days prior, Lebanon’s central bank had announced plans to end its subsidy for fuel imports, signaling a potential fivefold increase in prices at the pump. Most gas stations promptly closed. Station owners blamed supply issues, but people I spoke to assumed that they were, in fact, hoarding supply and waiting for prices to increase.

On the day of the Akkar explosion, every gas station in Beirut was closed. I waited in line for five hours to get fuel the next day, when some stations opened up. I waited another seven hours to be able to return for a second reporting trip later in the week.

The stories I wrote about the explosion touched me deeply. I have a personal connection to Akkar. When I first arrived in Lebanon around five years ago, I spent three months volunteering with Syrian refugees in a village not far from the site of the explosion. The explosion victims I met reminded me of people I had encountered back then.

The soldier I watched sink to his knees, sobbing outside the hospital where his badly burned brother was taken, could have been any of the soldiers I sat beside, day after day, on the minibuses that run from villages in Akkar to the cities of Tripoli and Beirut. Another soldier, in a hospital bed in Tripoli, whispered to me hoarsely, “My father died. He was next to me.” His features were obscured by bandages, but I will never forget the look in his eyes. It was the look of someone who no longer cares if he lives or dies.

The disfigured 15-year-old Syrian boy could have been one of the children I used to help with their French homework. The Syrian woman whose husband died in the blast, leaving her with four young children and pregnant with a fifth, could have been one of my students’ mothers. On cold winter nights, we would drink tea next to the diesel-fueled stoves that warmed their makeshift homes. This winter, how will they get the diesel?

When I wrote victims’ stories and only a handful of people in Lebanon and even fewer outside reacted, perhaps I felt a small sliver of the despair and bitterness people of the area experience all the time. “Here in Akkar, no one thinks about us,” Marwan al-Cheikh told me, as we sat on the veranda at the home of his brother, Fadi al-Cheikh, overlooking idyllic rolling hills. Fadi, a retired soldier turned farmer, had been killed in the blast.

That week after the explosion was the first time in five years of reporting in Lebanon that I felt burned out. Why should I go through all this trouble, putting people through the pain of recounting their tragic stories, putting myself through the pain of listening to them, if in the end no one cared?

For me, the Akkar explosion encapsulates nearly all the factors that have destroyed Lebanon: the currency’s collapse, the fuel crisis, black market networks and the corruption and political patronage that allow them to go unchecked, and the absence of the state, particularly in areas outside the orbit of Beirut. It also underlines the miserable state of the Lebanese Army. Many killed and injured in the blast were off-duty soldiers who, like the rest of the crowd, desperately needed gas. A soldier’s monthly salary, now worth less than 100 USD, barely covers the cost of transportation to report to duty.

Today, several people have been arrested in connection with the Akkar explosion, but there has been no official accounting for what happened. Victims’ families have gotten assistance from charitable groups and from political parties looking to shore up influence, but have yet to receive compensation from the state.

Lebanon finally has a government, but its mission is now overshadowed by the threat of more political violence. The electricity supply has, if anything, gotten worse. Fuel shortages have waned slightly, though I suspect black market profiteers will find a way to make sure that shortages, and the resulting profits, persist.

The struggle will continue. In the end, all I know how to do is to keep on telling stories and hope that somewhere, eventually, someone will care.