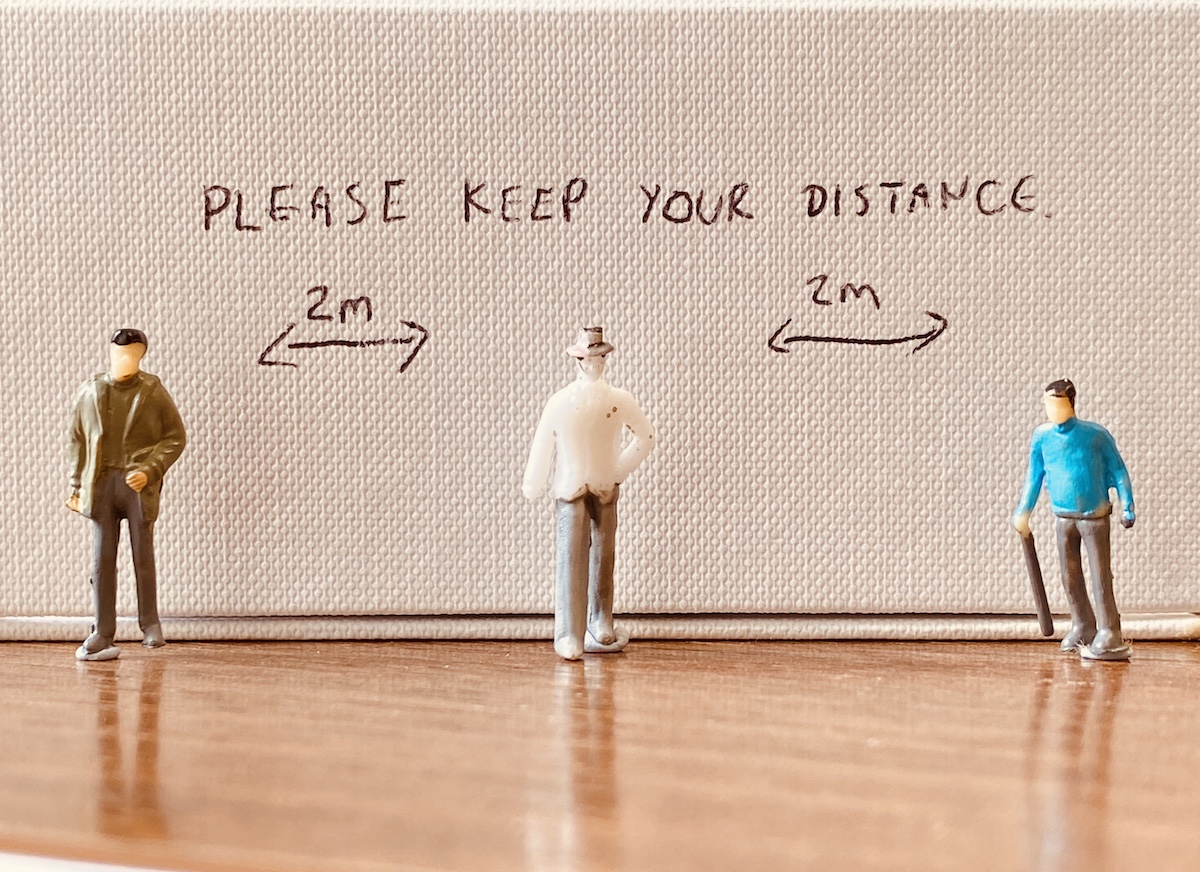 I wrote my new book in lockdown from a socially distanced corner of my home. That might seem an odd perch from which to write about citizenship, but it taught me something important.

We tend to think that democracy happens only in groups. To see what I mean, search for images of this is what democracy looks like. Unsurprisingly, you’ll get thousands of photos of masses of people, gathered in public to express a common political sentiment. Because of course democracy needs active citizens who stand ready to make their collective voice heard.

But, in my isolated writing, I came to realize the error in this understanding of democracy, which leaves out so much.

Democratic citizens need occasions for solitary reflection, modes of thinking detached from the political fray. They need moments of distance from their allies and foes. They must attempt to think through complex questions to engage in effective political activity. The trouble is that essential modes of collective action can impair our reflective capacities.

To understand this better, let’s start by making clear that democracy goes deeper than elections and voting. It’s the ideal of self-government among equals. It asserts that a decent, stable, and relatively just social order is possible in the absence of royals and overlords. In a democracy, we are equal partners in government, and we all hold power. We are citizens, not mere subjects. Participants, not spectators, in this morally serious business.

Two kinds of responsibility are central to democratic citizenship. First, we must take responsibility for our political order. We are in part the authors of our government, so we must do what we can to ensure that our government is effective and just. Second, citizens are responsible to one another. We are all equals; no one is a mere object to be bossed around.  Citizens hence owe each other a certain kind of regard, which we might call civic respect.

Civic respect involves the obligation to consult or consider fellow citizens, and their perspectives, when forming our political views. That means we must not reduce those who come out on the losing side of a democratic decision to mere subjects. They remain entitled to continue criticizing, challenging, and questioning the prevailing outcome, and we have a responsibility to give them a hearing. Even in defeat, they are our equals.

That’s where our two responsibilities—for the government, and to each other—can conflict. We tend to see our opponents as being not merely on the other side but also on the wrong side, on the unjust side. So, if we are to honor our responsibility to just government, can we really listen and abide by the views of unjust people?

The question is harder to answer when the political stakes are high, and treating our opponents with civic respect feels like a concession to them. And when we consult the opposing side, we risk appearing disloyal to our allies.

So, instead of offering civic respect to our opponents, we burrow more deeply into our coalitions, hive together with our allies, and dismiss outsiders. We come to see our insularity as a virtue.  We begin to regard non-allies as obstacles we must surmount on the road to a more just society.

And why shouldn’t we adopt this posture? After all, if our opposition prevails, our political order will become less just. Instead of conferring with opponents, we should work with allies to achieve justice.

This stance may resonate with activists. However, it invokes the hazard of belief polarization. Interaction among likeminded people leads them to shift into more extreme commitments and attitudes. As we engage only with allies, we render ourselves more extreme and unduly confident in our views. We come to overestimate the strength of our opinions and disregard the force of counter-considerations. Eventually, we see our political opponents as ignorant, irrational, and depraved. By associating only with allies, we weaken our capacity for civic respect—and our relationships with our allies themselves.

Our more extreme selves are also more conformist. An insular group of allies will become more homogeneous in both who they are and how they behave. They’ll eventually become fixated on in-group purity and poseur-detection, and as a result, grow more dependent on a centralized leader to set the standards of authentic membership in the group. This renders the coalition more hierarchical and less democratic. As conformity pressures escalate, groups expel those who deviate even slightly from expectations. Coalitions splinter into opposing factions. In the end, we are left with shrunken alliances composed of hardliners who can’t cooperate with anyone else.

The lesson is clear. In the absence of opponents, belief polarization turns inward, fracturing our alliances. Thus, the strategy of dismissing political foes backfires.

To be a responsible advocate for justice, one needs to maintain civil relations with one’s opponents. When unchecked by critical engagements with rivals, belief polarization transforms our political friends into enemies.

It might seem that there’s an obvious remedy: Citizens need to reach out to their political foes and respectfully engage their differences. Alas, that solves only half the problem, at best. Yes, civil dialogue might be a good way to prevent the dysfunctions of belief polarization. But it’s not a reliable way of reversing those dysfunctions once we’re as polarized as we are now.

Once belief polarization has taken root, exposure even to moderate opposing viewpoints tends to escalate partisan animosity. And we are already strongly inclined to interpret the behavior of our political foes in a negative light.

Instead of repairing relations among foes, addressing polarization means starting with our friends, and reckoning with the ways in which polarization impacts relations among political allies. It means deescalating in-group conformity pressures and broadening our conception of permissible doctrinal deviations among our allies.

How do we get there? It requires establishing political distance from our allies, and a willingness to leave our echo chambers. We need occasions for political reflection that is not prepackaged in the idiom of the rivalries of the day, and we require exposure to ideas, debates, and perspectives that are not tethered to today’s political travails.

Given some distance, citizens can position their own political thinking within a broader spectrum of democratic ideas. This allows us to recognize that there are other ways to think and uphold our own commitments. Such recognition expands our sense of permissible deviation among our allies.

The aim of this approach is not reconciliation with opponents. It’s to give ourselves space to grapple with political ideas that provoke thinking, instead of partisan reflexes. By engaging with a broader palate of ideas outside of the gaze of allies and foes, we can more accurately understand our own commitments. And that helps us more reliably distinguish between the expected disputes among fellow democratic citizens, and the unbridgeable gaps between democratic ideals and various forms of antidemocracy.

It falls to us, then, to rehabilitate this democratic capacity of reflection. We must expand our conception of the fundamental activities of citizenship and rethink our ideas of where democracy occurs. Although democracy often looks like masses of people in the streets, it also sometimes looks like a person sitting alone, reflecting earnestly about the demands of citizenship.