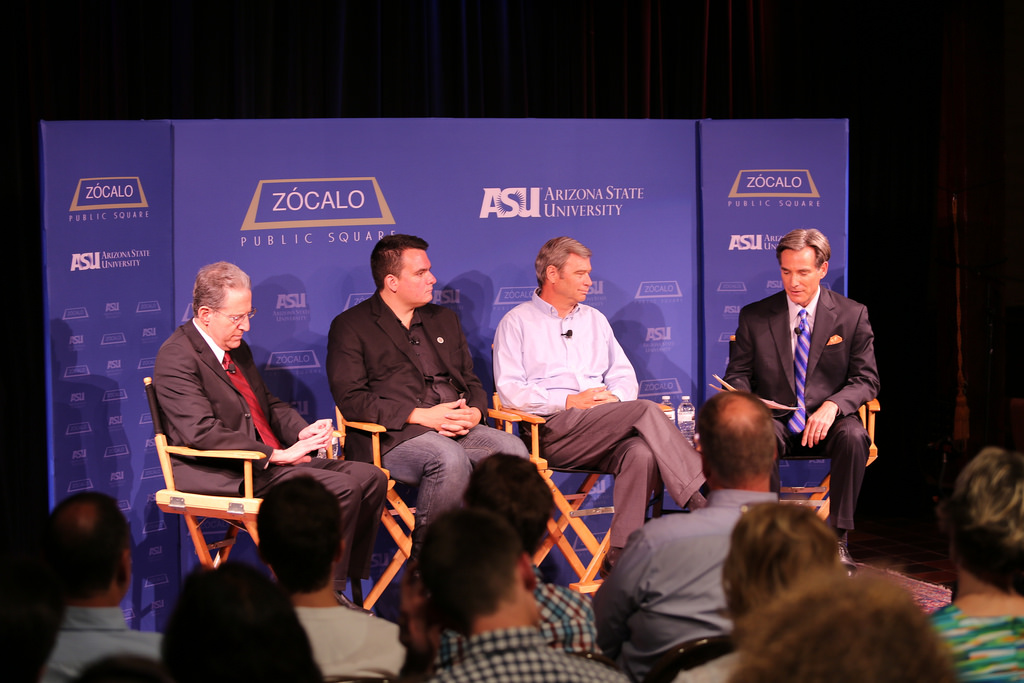 Between U.S. Senator Rand Paul being taken seriously as a presidential candidate and broad support for the legalization of marijuana, the country is “having a libertarian moment,” 12 News Sunday Square Off host Brahm Resnik told a crowd at the Arizona State University Kerr Cultural Center in Scottsdale. “Is this a moment Barry Goldwater helped to create?”

Resnik was moderating a panel co-presented by ASU on the legacy of the late Arizona senator.

“I don’t think there’s any question about that,” said Arizona Republic columnist Robert Robb. “Both the historically important Barry …

I know that your politicians will say anything to get elected and your wonks are perpetually grasping at straws. But I find it hard to believe how many …

On a flight out to California earlier this month, the two men seated next to me shared a chuckle about the government “shutdown,” then in its second week.

Anyone wondering why political gridlock undermines California’s governance need look no further than the two big political conventions that occurred a month-and-a-half apart in Sacramento. The Democrats had their state …