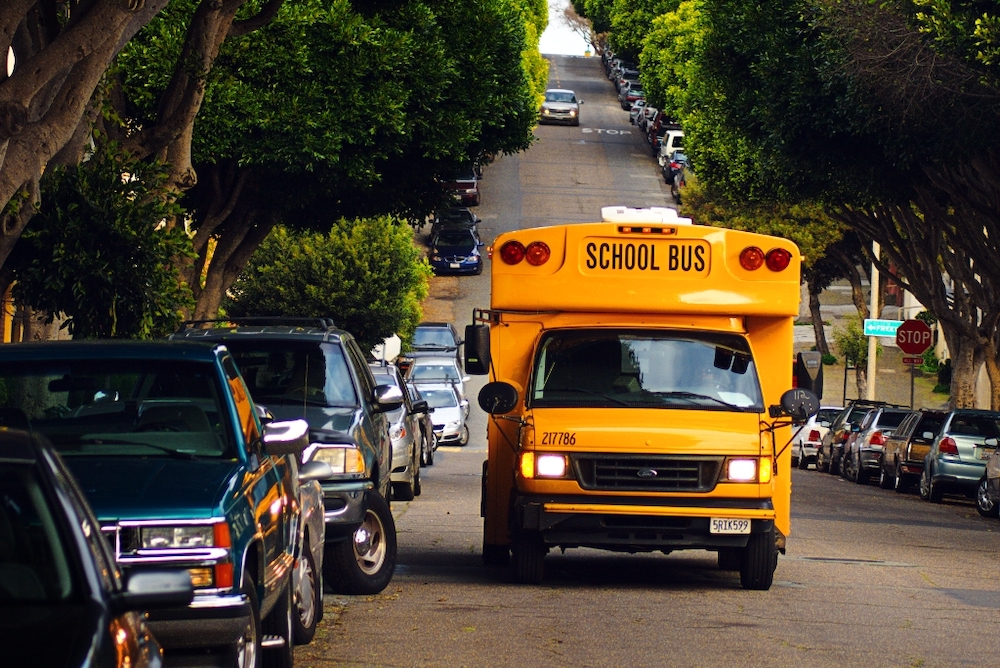 If California’s local school board members won’t accept unfair criticism, submit to questionable recall votes, or tolerate verbal abuse at meetings, then California should do away with school boards entirely.

Why? Because being savaged publicly is more than just the ugly side of serving on a school board. Taking Californians’ crap has become the essential role of local board members in our crazy educational system.

They don’t have all that much else to do. The governor and legislative leaders manage school spending formulas and draw up education budgets. Powerful statewide teachers’ unions control personnel and benefits, and determine most educational policy. Various state officials determine curriculum. Real power over California schools is centralized in Sacramento—and is kept far away from the 5,000-plus luckless souls who serve on the boards of California’s 1,000-plus school districts.

Even at the local level, where they are supposed to hire superintendents and approve various legal and financial actions, school board members usually have less power than popular teachers, politically skillful principals, professional staff members, and the local teachers’ unions that determine who gets elected to the school board in the first place. But because school boards have always been there—as part of a long American tradition dating back to the colonial era—they stay. One educational expert I know well compares school boards to “vestigial organs, like tonsils or appendixes.”

The pandemic has highlighted board members’ scapegoat role, while making clear their powerlessness.

School board members are left fulfilling two functions. First, their existence allows those with real power in education to maintain the pretense of local democratic governance of California schools. Second, local board members, as our neighbors, serve as lightning rods, absorbing much of the righteous anger that otherwise might be directed at the unions, politicians, and formulas that actually rule our failing system.

The pandemic has highlighted board members’ scapegoat role, while making clear their powerlessness. For months, parents and civic leaders spent hours in Zoom meetings shouting, haranguing, and threatening to recall board members for refusing to open schools, even though it was the governor, teachers’ unions, and some public health officials who effectively kept campuses shut. While the media often describe these verbal assaults and threat against public officials as scary or abnormal, the truth is quite the opposite: this is the California system working as intended.

That hostile, dysfunctional system is also at the heart of hottest education dispute in the state right now, the forthcoming February election to recall three members of San Francisco’s school board.

Let’s be clear: those three members—Alison Collins, Gabriela López and Faauuga Moliga—are nominal leaders of the board in a district that is an embarrassment to San Francisco and to education itself. San Francisco Unified never managed to reopen during the last school year, has seen some of the state’s sharpest enrollment declines, spends obscenely large percentages of its money on retirement benefits, and has a budget so imbalanced that the state has intervened to limit its fiscal power. It’s a disgrace that one of the world’s wealthiest cities has such a terrible school district.

But the school district’s failures did not precipitate the recall. Indeed, these three board members became targets because they failed to understand that their job is to catch spears, not throw them.

Collins, López, and Moliga are the only three board members eligible for recall under San Francisco election rules. But they also have something else in common: All three members have lashed out at others in ugly ways.

They infamously used bogus internet research in a ludicrous effort to remove the names of American and San Francisco public figures past and present, from Abraham Lincoln to Dianne Feinstein, from various public schools. They criticized the city’s signature high school, Lowell, and tried to make it less academically selective. (That attempt is now being challenged in court.) The board members attacked critical parents as racist—an accusation that boomeranged, exposing the anti-Asian bigotry of one especially toxic member of the board. In response, that same member, Alison Collins, sued the district and her colleagues for $90 million before dropping the lawsuit after a federal judge dismissed it. (But not before costing the district over $100,000.)

This is why the recall in San Francisco, and other recall attempts across the state, might not change very much at all. Regime change certainly won’t make school boards more powerful. Neither will turning school board seats from elected to appointed positions, as a San Francisco ballot measure proposes.

So, what’s the solution? Under the current system, there really isn’t one.

Ideally, California would decentralize its education system, and give more power to local communities and their elected school board members to raise the revenues, choose the curricula, and hire the teachers that best fit their students. But such a system would require a revolution in state politics that would roll back previous court decisions, limit the power of teachers’ unions, and overturn Proposition 13, which limits the taxing and governing power of local communities.

Under the current system, giving school boards more local power would probably only create more trouble, more meddling, and more questionable spending. The most powerful school board members in California—the seven members of the Los Angeles Unified School District board, who have six-figure salaries, staffs and their own analysis unit—have used their clout in ways that make it even harder to govern that massive district, as Louis Freedberg wrote recently in EdSource.