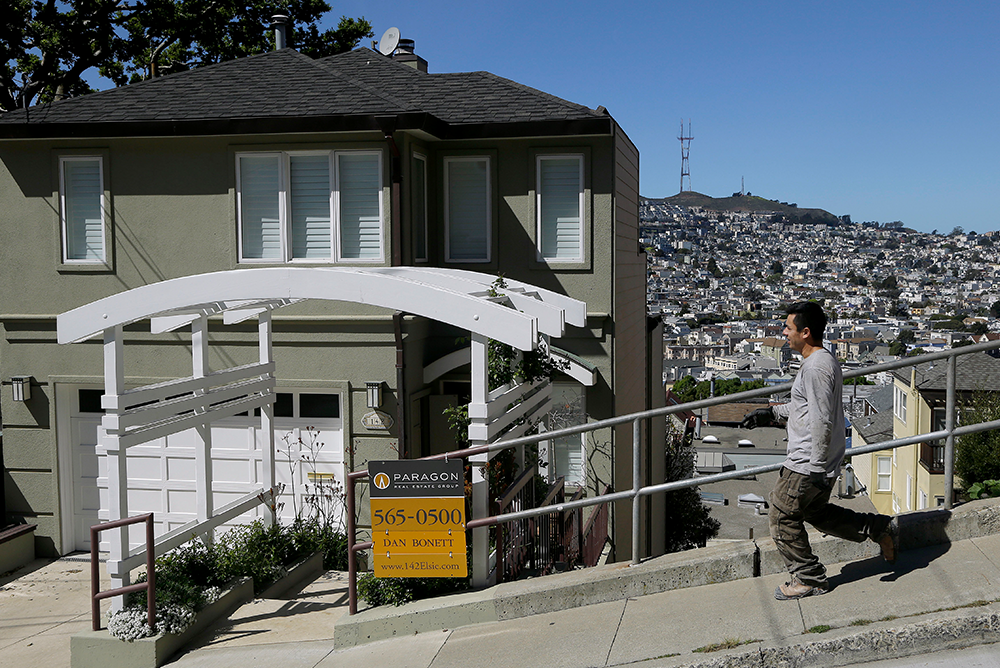 California housing prices have soared during the pandemic. The California Association of Realtors reports that the median selling price of a single-family house here increased 11 percent, to $796,000, between December 2020 and December 2021.

Skyrocketing home prices and their impact on affordability are often cited as reasons for net domestic migration out of California. In the early 1960s around 250,000 Americans moved to California each year. In 2020 close to the same number left. Is this the beginning of a mass exodus from the Golden State or a more temporary phenomenon?

The answer lies in the relative price of housing.

To understand the economic forces at work, let’s consider an example far less emotionally fraught than housing. With Hawai‘i open again, I am thinking about heading to Maui to consume, among other delicacies, iconic shave ice. Should I choose the rainbow or the coconut flavor?

If the price is the same for each, I choose the one I like best (coconut). I’ll even pay a little more for it. But at some price the difference between the cost of the two will tip the scales to rainbow. If too many people prefer coconut, the vendor will make it more expensive, relative to rainbow, to prevent running out of syrup.

Shave ice is much cheaper than housing. But the same economic forces—involving relative prices—are at work in the shave ice and housing markets. We must better understand relative prices if we want to understand California’s housing challenges and for how long they might contribute to the reduction in California’s population due to out-migration.

There are two kinds of prices we consider when making a home purchase: absolute and relative. The absolute price is the out-of-pocket cost, and it limits the set of homes a buyer can consider. For example, your budget might make a $70 million Malibu beach house out of reach, but would not exclude all potential homes.

Among the homes whose absolute prices you can afford, you will then have a choice, and this is where the relative price of homes becomes important. You might consider a number of factors beyond price, including location, schools, and other amenities. In the end, you will weigh those factors against their relative cost: the price of one home on your list versus another. (The New York Times runs an occasional feature that deftly illustrates this process, following a home purchaser considering three different homes within their budget.) This kind of comparison takes place whether you’re choosing between two homes within one city—say, Los Angeles—or whether you’re choosing between two homes in different cities—say, Los Angeles and Phoenix.

Clearly, changes in job opportunities, amenities, government regulations or the lack thereof, and local lifestyles can upset this equilibrium. And they frequently do. But the point is that relative prices matter.

Relative prices tell some of the story of California migration. Starting in the 1880s, developers here lured buyers from the East with advertisements offering affordable land with a healthy climate and, according to one brochure, the absence of “cyclones and blizzards”—sparking a land boom and, in 1886, the first of a series of speculative bubbles. It was the beginning of the more than 120 years of California land and homes commanding a premium over similar homes in the East. Of course, it was not only California’s salubrious weather that brought immigrants from other states. Employment in Hollywood, in aerospace, in tech, and in agriculture and the like were, and remain today, powerful attractors.

Migration of large numbers of people into and out of the state, of course, impacted housing demand. Over time this migration has been more heavily into the state and in the absence of more rapid home building, has pushed prices up. And as the relative price of housing soared, the less attractive California became for those contemplating a move. From World War II to the late 1980s, when California homes were priced not too much higher relative to homes elsewhere, hundreds of thousands of Americans moved to the Golden State each year. In 2020, 240,000 Californians went the other direction.

Some who left cited job opportunities or the pace of life in growing cities such as Phoenix and Austin. But the cost of housing was also given as a reason. Often leavers would say, “I can purchase a home there and not in L.A. or San Francisco,” or “I get so much more for my housing dollar outside of the state.” In other words, relative prices pushed people away. If the price of homes in Phoenix compared to Los Angeles is low enough, it will drive migration to Phoenix. And then, over time, that shift in demand ought to increase Phoenix home prices relative to Los Angeles home prices just as the migration to California pushed relative home prices up here. When the California premium becomes small enough, home price migration should cease.

The standard measure of home price affordability uses median prices. However, the median home sold—that is, the one where half the homes sold were more expensive and half less expensive—changes from year to year depending on which homes are sold. Here, to smooth out that variability, our starting point will be a single base year median home for these cities. This analysis uses the year 1990 as a base year. The results are not sensitive to the choice of year. Looking at pairs of cities—one in California, the other elsewhere—we can compute the ratio of the California city’s home price to the competing city’s home price to create a measure of the relative price between the two cities.

During the last ten years, home prices increased in Boise by 294%, in Las Vegas by 232%, in Phoenix by 204%, in Austin by 169%, and in Seattle by 166%. Each of these increases is greater than the price increases of 148% in San Francisco, 138% in Los Angeles and 105% in Orange County. And the median home prices in Boise, Austin and Miami are now not too different from Sacramento and Riverside. The relative price of these California cities has fallen, and their relative affordability has increased.

It is still the case that you can sell a home in California and buy a larger home in one of these other cities, but it will be a smaller or a less well-appointed home than the same transaction would have brought a decade ago. The change in the relative price should make it less attractive to move out of California for reasons of housing affordability.

These six cities are properly characterized as up-and-coming; they were relatively small until people began pouring in. Austin’s population grew by nearly 30% over the last decade and Phoenix’s by 18%. What about the evolution of relative home prices when we compare California to cities that were more mature in 1990, such as Dallas and Atlanta? In both of these cases, Los Angeles’ relative price over the last decade has remained more or less constant—and net migration has slowed to a trickle. Between 2014 and 2018, just 6,000 fewer Texans moved from Dallas to L.A. than Angelenos moved to Dallas. And from 2011 to 2015 the net migration from L.A. to Atlanta slowed to 391. The relative price appears to have settled into an equilibrium that has not induced significant migration one way or the other.

Clearly, changes in job opportunities, amenities, government regulations or the lack thereof, and local lifestyles can upset this equilibrium. And they frequently do. But the point is that relative prices matter.

As cities grow and mature, the relative cost of housing stabilizes to reflect the relative attractiveness of the cities. And the one-way migration process induced by housing affordability comes to an end—in very much the same way as a price differential between shave ice flavors pushes one to choose rainbow over coconut. What we are seeing is not the end of the California dream with a mass exodus to points east, but rather simple supply and demand at work, adjusting to relative price differentials.

So, while California housing may be becoming less affordable, it is becoming relatively more affordable.