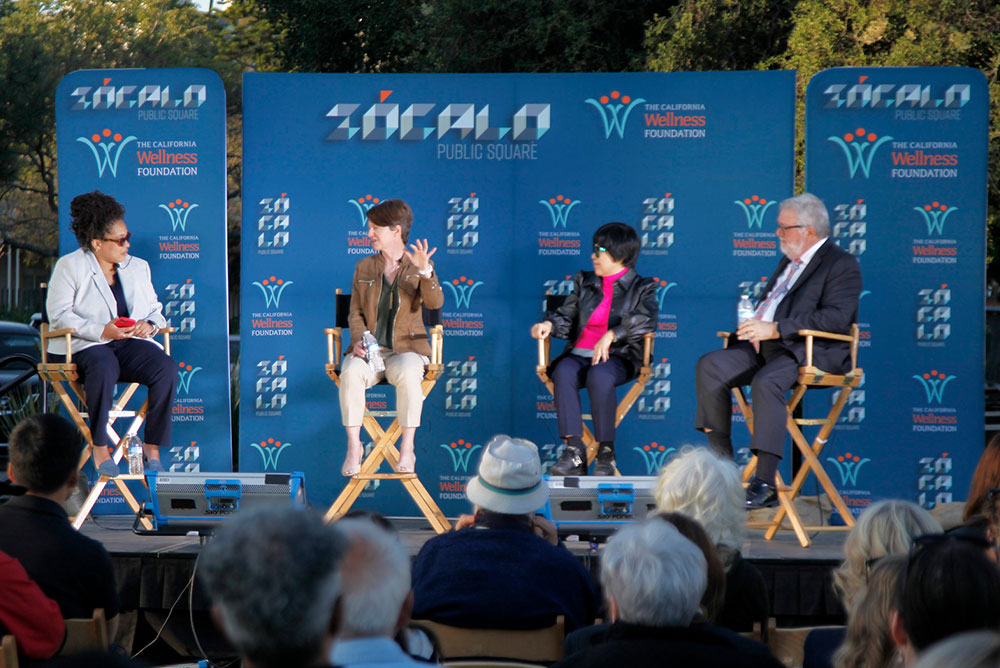 The La Brea Tar Pits may only run a few inches deep, but if you get trapped in the natural asphalt, you can’t get out. In fact, the more you struggle, the worse it gets.

What, then, could be a more fitting setting—and metaphor—for our Zócalo/ California Wellness Foundation event co-presented with the Natural History Museum of Los Angeles County, “How Can Our Communities Escape Polarizing Conflict?”

Fortunately, unlike the prehistoric beasts felled by the intractable tar pits, our panel of experts don’t believe that hope is lost for humans who wander into sticky situations. Instead, they agreed, it’s possible to de-escalate the cycle of perpetual conflict by practicing active listening, embracing curiosity, and welcoming complexity back into the conversation.

Amanda Ripley, author of High Conflict: Why We Get Trapped and How We Get Out, the book that inspired the conversation, began the evening by explaining that not all conflict is created equally. Sometimes, we need it to challenge one another. She defines this as “good conflict,” in homage to late U.S. Rep. John Lewis’ “good trouble.” But once there’s no sense of movement—no “flickers of curiosity” left—that’s when you have high conflict. The term comes from high-conflict divorce, characterized by hostile, aggressive and destructive behavior between the ex-partners.

Gesturing to the tar pits bubbling behind the audience, Ripley said that once you’ve ended up in high conflict, you’re stuck. To avoid getting into the tar pits, she advises, look out for the “trip wires,” such as corruption (or perceived corruption), humiliation (“the most under-appreciated force driving high conflict”) or people who exploit conflict for their own ends, whether for power or for profit or even because of psychological issues (what Ripley calls “conflict entrepreneurs”).

UCLA sociocultural anthropologist Kyeyoung Park brought historical perspective to the conversation, demonstrating how conflict entrepreneurs have fanned the flames of conflict throughout history. In her research on the 1992 Los Angeles civil unrest, she showed how such actors played on existing tensions between Black Americans and Korean Americans in South L.A.

Now, 30 years later, she said, it’s clear why a white judge giving a Korean immigrant store owner no prison time for killing 15-year-old Latasha Harlins, a Black teenager the owner believed had been shoplifting, became a flashpoint. The incident occurred less than two weeks after the beating of Rodney King by four white LAPD officers, and as Park explained, “people saw it as an honorary white sentence, not a Black sentence.” The media, the criminal justice system, and government officials, Park added, exploited and escalated this situation “beyond the control of ordinary people.”

Unlike the prehistoric beasts felled by the intractable tar pits, our panel of experts don’t believe that hope is lost for humans who wander into sticky situations.

“Do you see echoes of this conflict in current struggles?” asked the evening’s moderator, L.A. Times columnist Erika D. Smith. “Absolutely,” said Park, noting that the Black Lives Matter protests were incited by police violence killing African Americans, yet media outlets still ran articles that turned the unrest into a “Black-Asian or Black-Korean conflict,” because many local business owners whose stores were damaged by looting were Korean American and Chinese American.

“I’m losing my respect for NPR,” Park said frankly. “Things are a lot more complex, but the media is so quickly reaffirming here is Korean American/Black American tensions.” They’re always looking for conflict, she continued, rather than reporting on coalition-building, like Asians for Black Lives Matter. 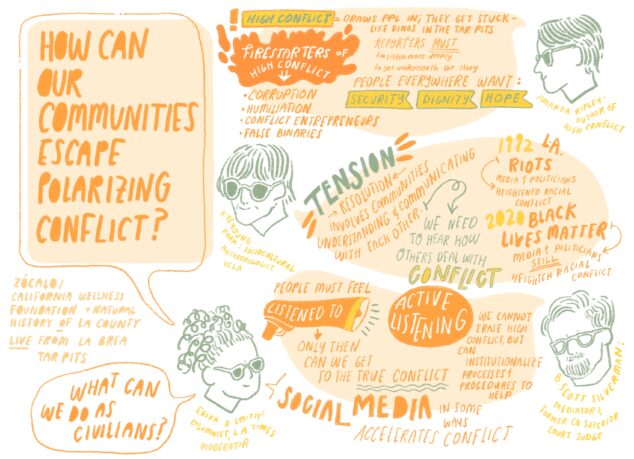 Turning to the final panelist, former California Superior Court judge B. Scott Silverman, who is now a mediator, Smith asked, how can we get out of this cycle of conflict? What are great tactics of mediation? For individuals or massive societal problems?

“In my field the biggest problem is high conflict cuts off constructive communication,” he said. In his current work as a mediator, he tries to figure out ways for people to communicate more effectively. “People get distracted by issues that are real and meaningful but don’t get to the heart of what the dispute is,” he said, adding that one of his roles is to give people a chance to vent. His ultimate goal: steering disputants off the peripheral topic and toward a more constructive one.

People don’t know how to listen anymore, Ripley agreed. As an investigative journalist, she wants her profession to start asking different questions, and really listen to people and let them feel understood. “We always flit around the surface like a moth to the flame,” said Ripley. “There were deeper underlying reasons why African Americans were upset that Korean Americans couldn’t solve, but could understand better.”

There’s space to do more nuanced work through storytelling, Ripley said. She cites the Solutions Journalism Network as a new model of coverage that can go deeper and find “the understory” that helps people better understand themselves and their opponents, so they can “start to have the right fight with the right people.”

“What would your perfect L.A. look like without high conflict?” Smith asked the panelists, wrapping up the conversation.

“I don’t think that’s possible but what I do think is possible is institutions and practices can proliferate and develop that can reduce the amount of high conflict and intervene early,” said Silverman. He cites, for instance, how the Los Angeles County Bar Association is offering a variety of pro-bono family mediation programs that help people resolve divorce cases without going to court. “We’ll never completely wipe out high conflict but we can institutionalize to a greater degree processes and organizations to help people get past it,” he said.

Park agreed that it’s unrealistic to think about L.A. without high conflict. “But,” she said, “we have to understand what’s leading to conflict and what we’re trying to do.” The good news is, people want to hear about constructive approaches. During her research, she spoke with Korean immigrant merchants who were eager to know what other merchants were doing to help alleviate shoplifting in positive and non-punitive ways. Many were inspired by a story she shared of a local merchant who used a reward system to give kids candy for free if they did well in school. “Kids don’t have money, but kids want sweet things,” said Park. By understanding the root of why young people might be tempted to shoplift, we can address the problem better.

Closing out the night, Ripley doubled down on the need for more complex storytelling to communicate the root issues of our time.

“Every great story needs conflict—we’ve been told that over and over again,” she said. But the problem is that we’ve been defining conflict too narrowly: “The complexity in streaming TV right now is 1000 times greater than complexity of people we write about. That’s weird. In a better world, good conflict journalism would look like streaming TV.” 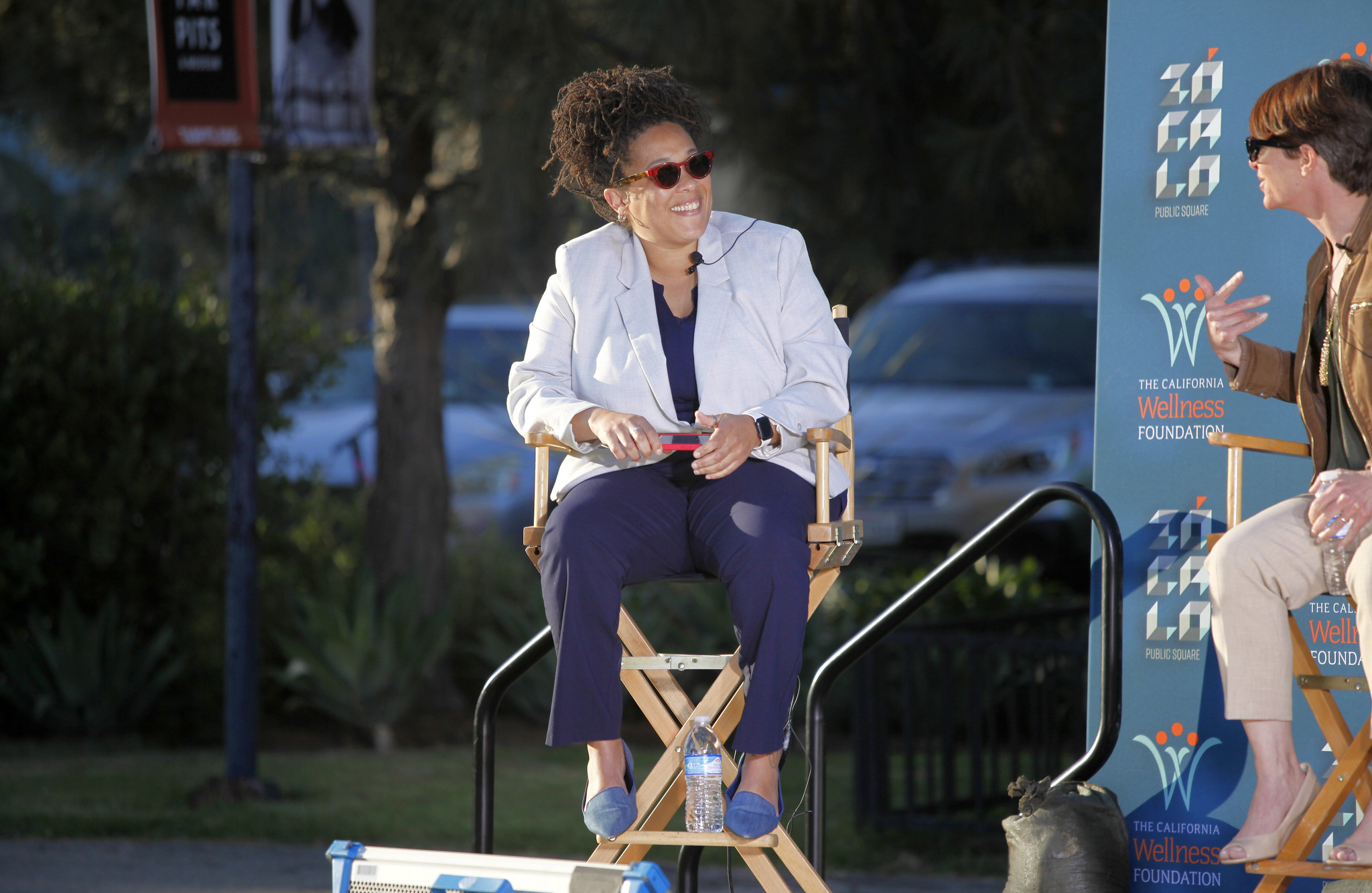 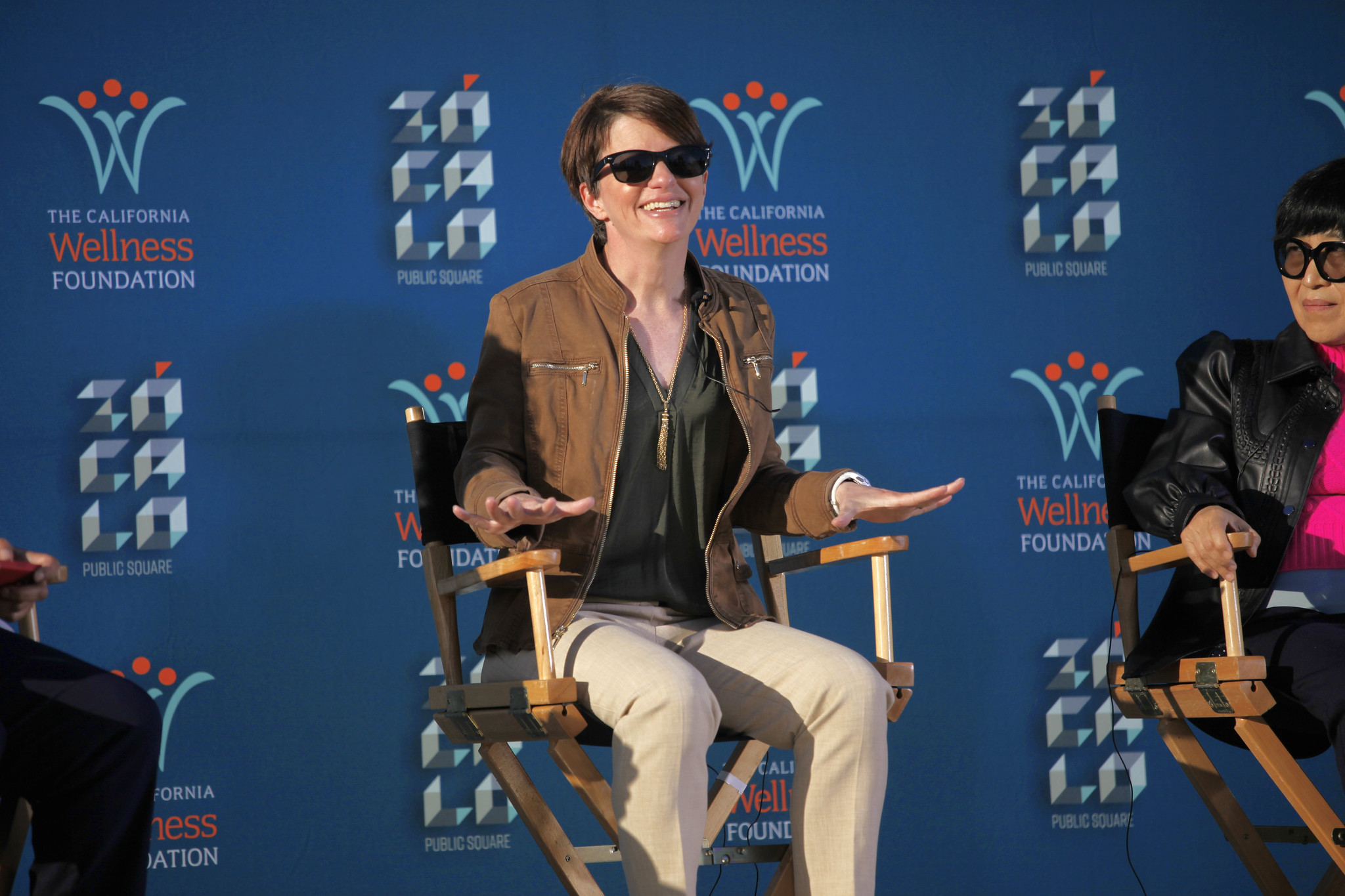 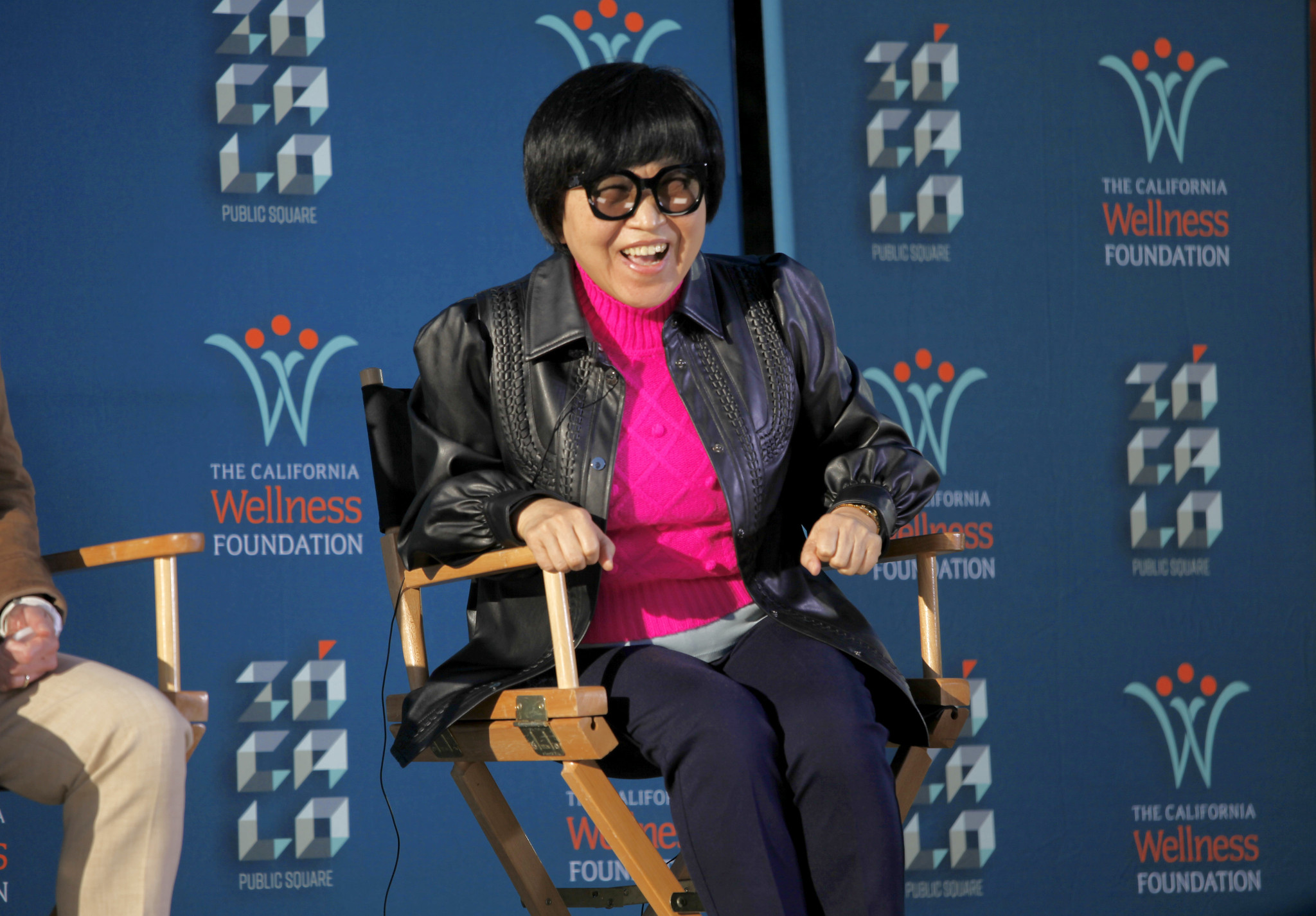 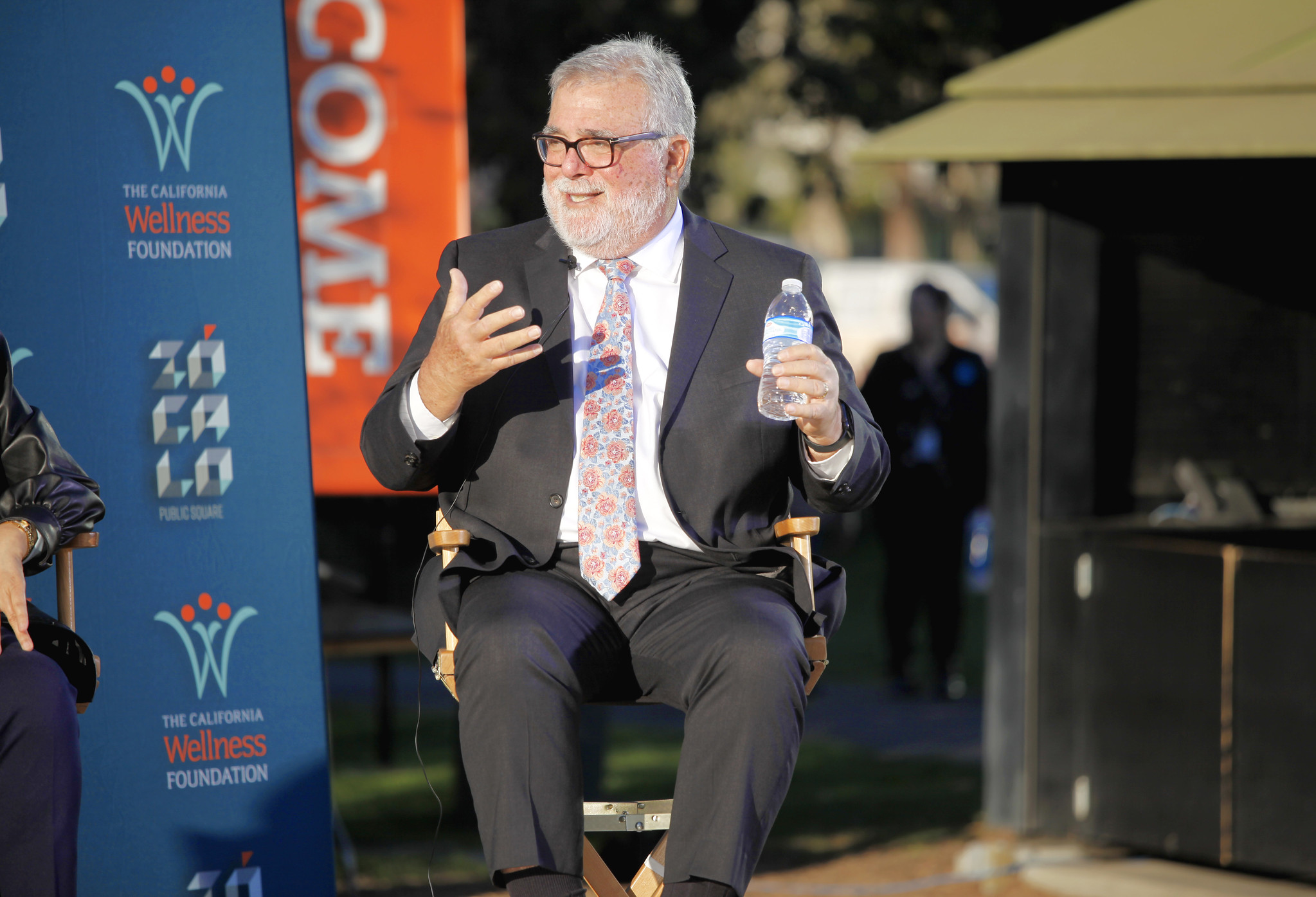 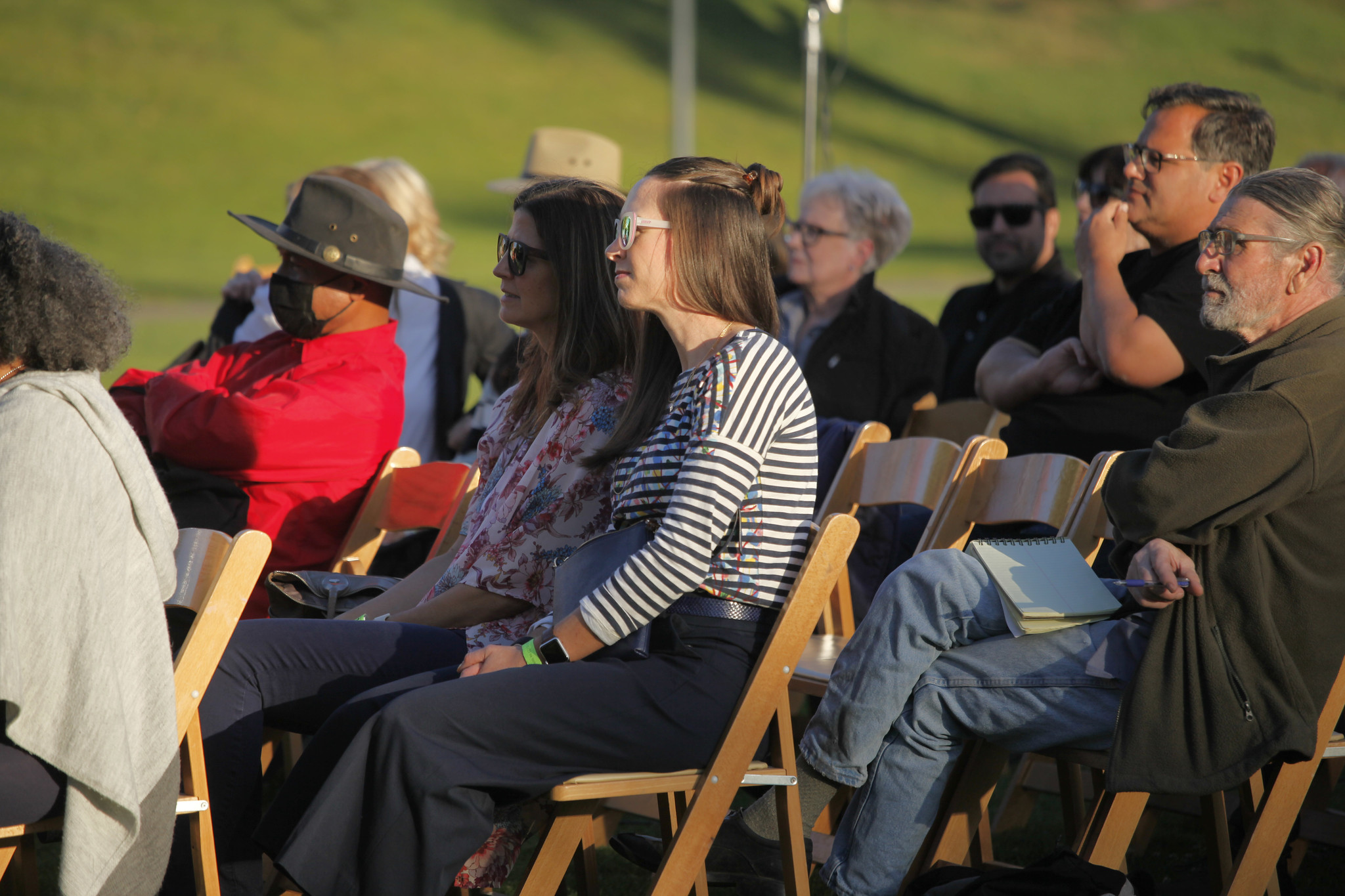 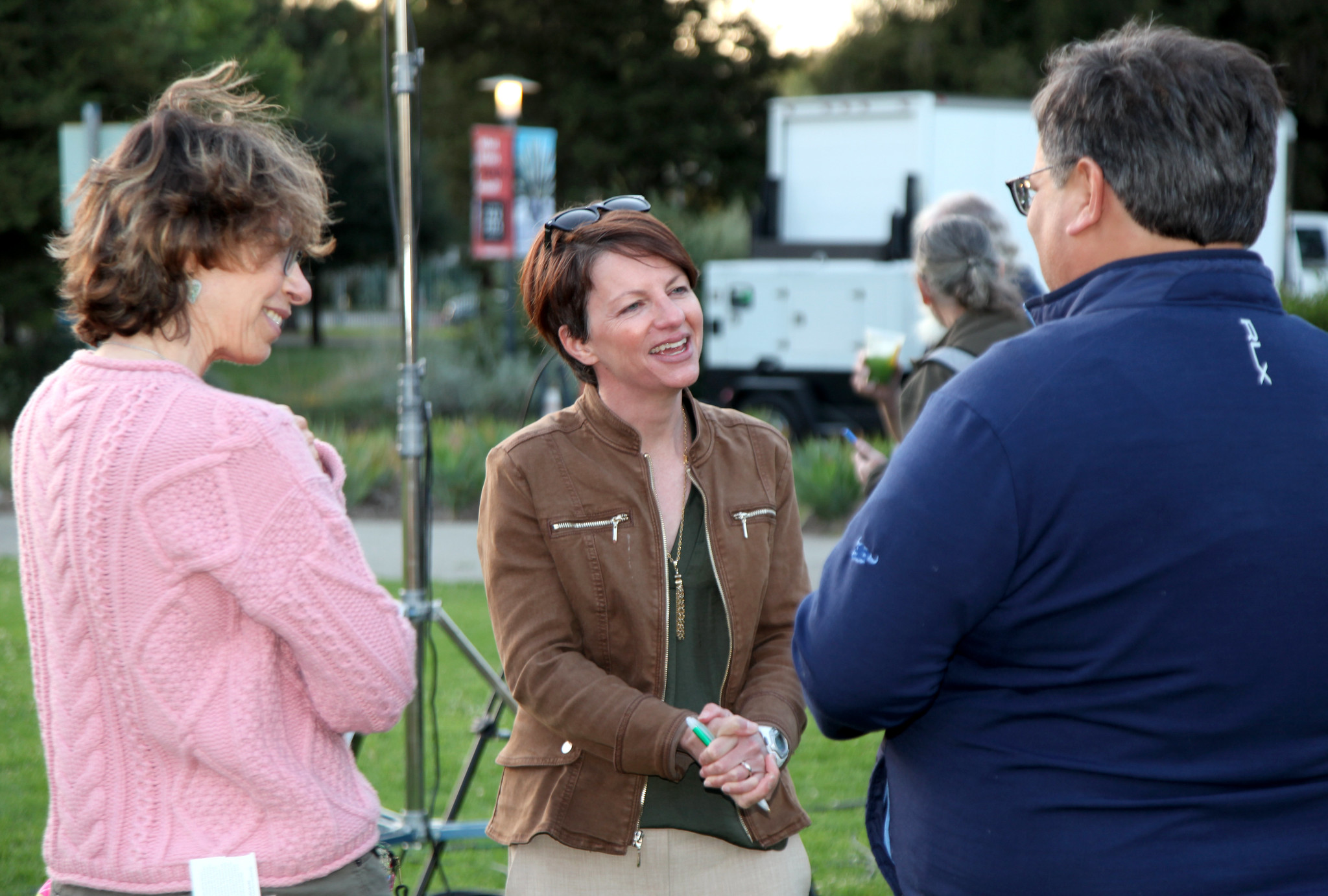 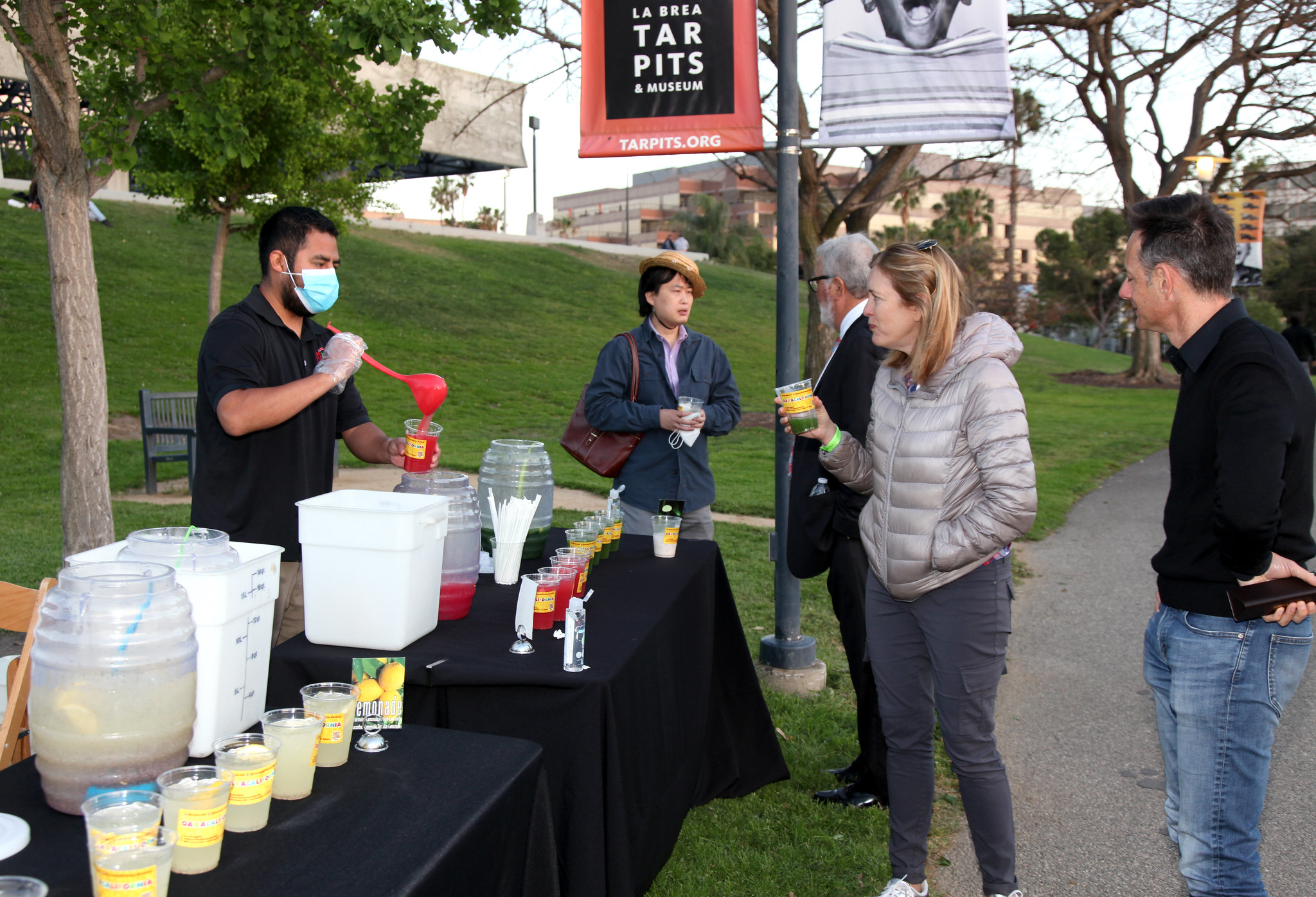