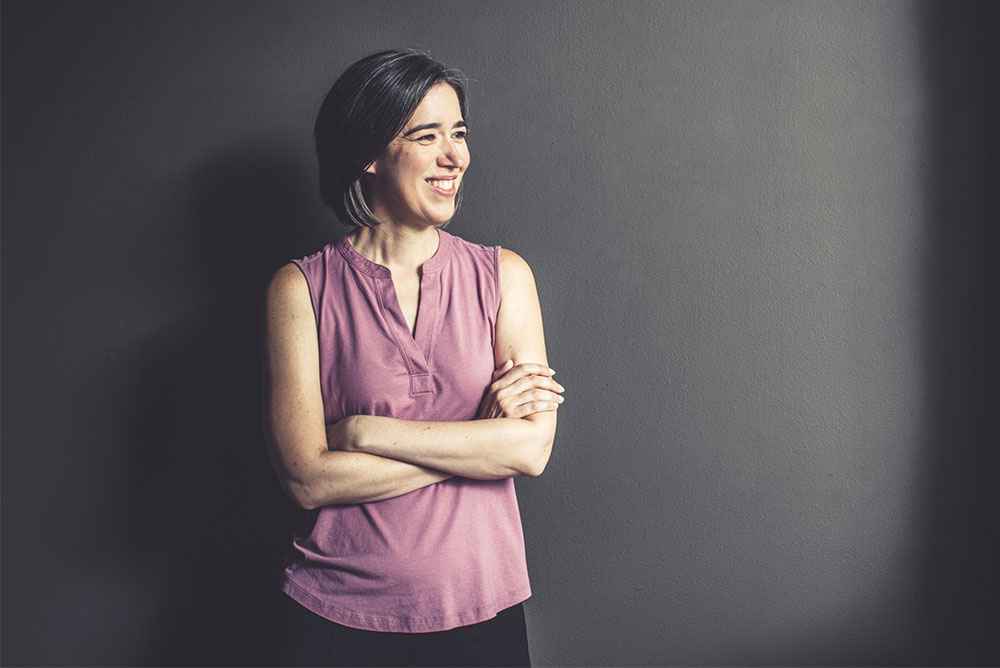 Chelsea Rathburn is the 11th annual winner of the Zócalo Public Square Poetry Prize for “8 a.m., Ocean Drive,” which brings us to the streets of Miami’s South Beach in the interstitial time after last call but before the sidewalk cafes fill. Rathburn, who was born in Jacksonville, Florida, grew up in Miami, and currently lives in Georgia, wrote the poem on a visit back in March 2020, just before the pandemic quieted streets all over the country.

The Zócalo Poetry Prize has been awarded since 2011 to the U.S. writer whose original poem best evokes a connection to place. After nearly two years of on-and-off sheltering in place, the prize’s subject is front and center for many of us; this year, writers from all walks of life submitted more than 1,000 poems for consideration. Place and poetry have long been important elements of how Zócalo fulfills its mission to connect people to ideas and each other, exploring the ground on which we all stand and the human condition we share. The Zócalo Poetry Prize is awarded in conjunction with the Zócalo Book Prize, for the best nonfiction book on community and social cohesion. The 2022 literary prizes are again generously sponsored by Tim Disney.

Rathburn is the author of three collections of poetry, most recently Still Life with Mother and Knife, winner of the 2020 Eric Hoffer Book Award in Poetry. Her poems have appeared in Poetry, the Southern Review, the Atlantic, and other journals. In 2019, she was appointed the poet laureate of Georgia. She teaches at Mercer University and lives in Macon with her family.

Zócalo is delighted to share Rathburn’s winning poem and an interview about her connections to Miami, the Southern poets she admires, and the role of place in her work. She will be honored alongside author Heather McGhee at the Zócalo Book Prize event on June 1, 2022, and will also receive a $1,000 prize.

The morning opens like a shell
under steam, but that’s too warm
a metaphor for early March
on Miami Beach, where despite the breeze
and gentle sun the streets are empty
except for delivery trucks
and trash collectors and people waiting
for the bus. What I mean to say
is there’s a gradual unfolding,
everything golden and green: sunlight
on the palm trees and hibiscus,
parking spots glittering like gifts.
The drunks who stood outside my window
at 4 a.m. shouting across
the imagined chasm of the alley
are still asleep. The tourists are
just now rising. And I, neither
tourist nor citizen, walk the streets
I used to know looking for landmarks,
matching buildings to memories,
or trying to: the galleries
and boutiques years gone, guessable
only by the curve of a wall here,
a design laid into a terrazzo floor.
Around me the work that makes the dream
possible: trucks unload into kitchens
and bodegas, waiters scour tables,
men mop floors. Even the sidewalks
are freshly hosed. By afternoon,
these streets will be impassable,
the sidewalks too, with so much splendor,
such conspicuous leisure, but now
there’s room to notice the valets idling
and how, in the alley between hotels,
past dumpsters and service doors, a man
carries an armful of fallen palm fronds
carefully off like a bouquet.

I did, actually. Looking back, it really feels like I wrote it all in one sitting. I was staying in Miami Beach for a residency at the Betsy Hotel, an art deco hotel on Ocean Drive, through SWWIM (Supporting Women Writers in Miami). I had been working on a poetry project, thinking about the history of Miami and my family’s history in the state of Florida. My great-great-great grandfather on my father’s side was on the first city commission. I was in this strange sort of liminal place where I was not a tourist exactly, but I’m no longer a citizen of the city I know so well.

I got up at 8 in the morning, and I went for a walk, and I went to get some coffee, and I was really struck by how quiet the streets were. Everywhere I looked I was seeing the workers—all of this invisible labor that makes this city, this paradise, this vacation spot run. I was watching people at bus stops waiting to go to work. And I was looking at waiters getting their restaurants ready, the street cleaners, and all of that made it into the poem. And because I was on this residency and free from cleaning dishes and my own labor at home, I basically went back to the room, and I worked on it all day.

Miami Beach is an iconic place, one you refer to in the poem as “the dream.” What do you think the words “Miami Beach” evoke for other people?

It’s glamour; it’s conspicuous consumption. I feel like there’s often this showiness—everybody is promenading and eating in the sidewalk cafes and seeing and being seen. I always feel, when I visit, very un-cosmetically altered. You see people walking around, and everybody’s had work done.

Do your poems often begin with a physical place?

Almost always. I’ve been thinking about home in terms of literal, physical home, and a little more metaphorically with my current book project. When I’m thinking about South Florida, I’m thinking about my own upbringing, fears of losing my house. We were in Hurricane Andrew in 1992, and we lost all of the doors and windows in our house, and all of the physical objects that we owned went out with those doors and windows. The structure remained, but it was just a shell, the physical embodiment of all this fear coming forward. I’ve been thinking about that, and these physical ideas of home. But also about how the places where we’re born, the places where we live, the metaphorical spaces we occupy—how do these shape us?

You’ve been poet laureate of Georgia since 2019. Has that affected the way you write about Georgia, or even whether you set your poems there or elsewhere?

When I got the call that I was under consideration to become poet laureate, I remember thinking, “But I’m not from here. Why me?” I write poems often about family, so when I’m thinking through my own childhood I’m often obviously there in South Florida, but I have been thinking, too, about the kind of poems that I’m making for my own daughter, and so all those poems are rooted in Georgia.

One of the funny things about being the laureate is how projects come calling—“Oh, hey, can you read a poem at this event?” One year the New York Times approached all of the state laureates and said, “Tell us what people in your state should be thankful for. We need it in just a couple days. If you could do it in the form of a poem that would be really great.”

I’m also involved right now in a project developing poetry trails that will be going into Georgia parks. We’re developing movable signs, to change out seasonally, and each sign will feature a poem by a living Georgia poet. We’re featuring this really beautiful mix of people born here who lived here their whole lives, and also really notable poets who lived here early and left, or spent a chunk of their career here. Then I’ve also got people who are absolutely young and emerging. It’s this really wonderful mix of voices.

Do you have any favorite Southern poets, or poets from the South?

Two of my favorite Georgia poets are Sean Hill, though he no longer lives here; I believe he’s in Montana now. His first book is called Blood Ties & Brown Liquor and is all about Milledgeville, Georgia. And David Bottoms, who was the Georgia poet laureate for many years; he just writes these beautiful, clear, narrative poems about family and memory. His first book was called Shooting Rats at the Bibb County Dump. It won the Walt Whitman Award, selected by Robert Penn Warren. He’s a treasure.

I went to school at Florida State, and my teachers, David Kirby and Barbara Hamby, are two of my Florida favorites. And I want to give a shout-out to a poet named Emily Schulten. She used to live in Georgia, and she lives in Key West now. She recently put out a book called The Way a Wound Becomes a Scar, and it tells the story of a kidney transplant she gave her brother. She’s really terrific.