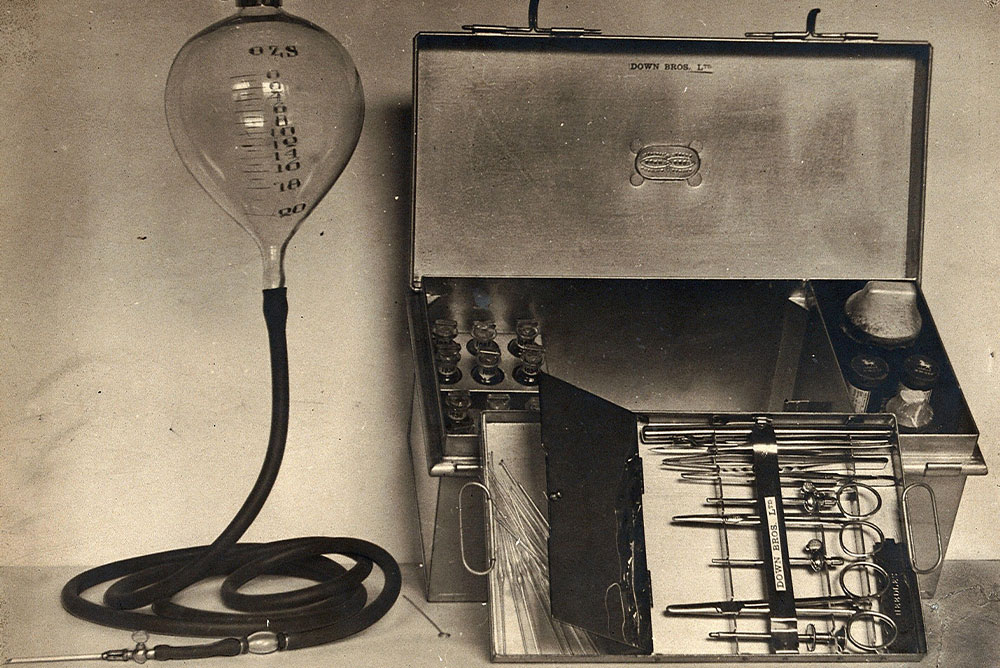 
The study of epidemics has routinely centered around what medical historian Charles Rosenberg calls a “dramaturgic structure”: a story of infection that builds to a climax of widespread illness and woe, and then comes to a definitive end. The ongoing COVID-19 pandemic has defied this structure, failing to come to a complete stop. But this is not the first time in history that the social and cultural impacts of an epidemic have continued past the time that the state and much of society declare that it is over. Epidemics often live far beyond their supposed ends. My research into 19th-century cholera epidemics in Argentina’s northwestern province of Tucumán shows that epidemics don’t have a single, definitive end, but instead two incomplete ones: the celebrated end when an authority declares the outbreak over, and the muted end brought about by gradual loss of interest.

Three cholera epidemics befell Tucumán in the 19th century, in 1867-68, in 1886-87, and in 1894-95. Each time, the bacterium vibrio cholerae, which causes the disease, arrived in the province through trade and migration. During the 19th century, new railroad lines connected the populous coast with the nation’s interior, radically transforming Tucumán, a place where social, economic, and political life was dictated by sugarcane cultivation and refining. The new train lines allowed the sugar industry to import improved machinery and to attract workers for the yearly harvest. They also brought new diseases to the province, where endemic malaria and occasional bouts of measles and smallpox had already taken hold. Cholera was one of these new illnesses. The gastrointestinal disease benefited from the lack of plumbing in the 19th century that moved human waste in a sanitary and efficient manner. As a result, urban and confined spaces were prime areas for outbreaks.

In Argentina, cholera first landed at the bustling ports of Buenos Aires aboard many of the ships that arrived daily to transport people and goods. Global trade routes facilitated cholera’s transit from the waters of the Indian Ocean, its point of origin, to Argentina. Once there, it moved over the country’s new rail lines to the interior provinces. 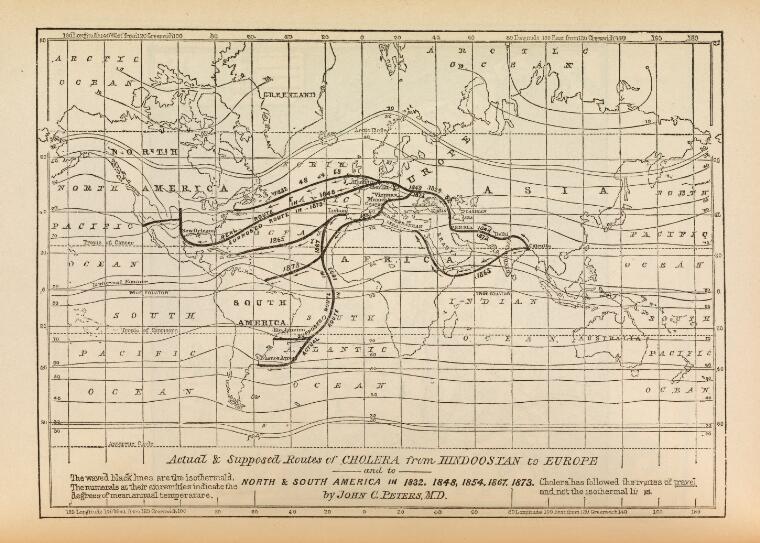 The first two cholera epidemics paralyzed Tucumán’s economy and society—especially the sugar industry that dominated all areas of the social fabric, and that provided elites with the foundation for their political and economic power. As news reached Tucumán of a possible outbreak, officials mustered resources to prepare. They transformed two rail stations into sanitary stations to inspect and fumigate goods and travelers arriving in the province. Doctors prepared labs to inspect bodily fluids for vibrio cholerae, to confirm disease and enforce isolation practices. Cholera particularly impacted the popular classes, who lived in makeshift homes built from found materials, with multiple families sharing the space. Many businesses closed, either from their own decision or because workers were staying home out of fears of contracting the disease. The affluent retreated to their private homes in the mountains, both as a form of social distancing and under the belief that higher altitude was salubrious.

The epidemics also created national political turmoil. In 1887, a mob in the southern countryside rose up against and killed volunteer Spanish Red Cross workers from Buenos Aires, believing free medications were laced with poison. From there, the mob moved throughout the countryside in search of other Red Cross workers. The event became national news, with sectors of the press considering the attack an act of xenophobia. The national government used the attack—and the supposed general mishandling of the epidemic in Tucumán—as a pretext to remove the local government.

On November 6, 1894, as summer approached in Argentina, the Tucumán newspaper El Orden reported that the province was “entering the season of the year in which the warm temperature is ideal for epidemics.” The editors urged the local government to enforce preventative measures, calling for street cleaning, for draining the pools of stagnant water that collected during the rainy summer, and for the province’s small cadre of health officials to monitor the living conditions of the popular classes.

While the newspaper at first vigilantly documented the epidemic, with cholera dominating its front pages, after a few weeks, its reporting on new cases and deaths became less frequent. Eventually, new cases and deaths were relegated to the back pages, alongside business advertisements and classifieds.

The paper reported on the situation throughout the summer. Suspected cases of cholera appeared by the end of November, but through February of 1895 there was nothing concrete. Then, in March, cases erupted. El Orden reported, for instance, that one man abandoned his sick wife, María Gutiérrez, in front of the sole hospital in the provincial capital, San Miguel. Gutiérrez is one of the few cholera victims recorded by name; in other instances, the newspaper simply wrote about illnesses of “a man on the 1000 block of San Juan Avenue” or “20 cases in the town of San Felipe.”

Despite the newspaper’s careful record of the epidemic, however, official government documents reported no cholera epidemic in Tucumán in 1894-95. The province’s governor gave an annual address declaring early preventative measures a resounding success. He applauded the provincial Hygiene Commission for coming in under budget on a program to disinfect all people, goods, and things entering Tucumán along railway lines, and even went so far as to suggest that public health conditions in Tucumán had improved.

Authorities and local journalists had completely different interpretations of the epidemic. Perhaps fearing a repeat of 1887, the government rushed to declare the 1894 outbreak over before it had even begun.

In my research, I used El Orden, one of the only sources documenting the 1894-95 epidemic, to track how the muted end of the epidemic—the flipside of the provincial government’s declaration that the outbreak had never even begun—unfolded. I searched the papers for articles reporting deaths. While the newspaper at first vigilantly documented the epidemic, with cholera dominating its front pages, after a few weeks, its reporting on new cases and deaths became less frequent. Eventually, new cases and deaths were relegated to the back pages, alongside business advertisements and classifieds.

The last cases reported by the newspaper noted 10 peons dying at the mill of industrialist-politician Wenceslao Posse, three at the General Hospital of San Miguel, and many more cases in the immediate countryside of San Miguel. From there, discussions of the epidemic evolved into more general concerns about the continued growth of the province’s population and worries over a proliferation of shantytowns, few paved streets, limited potable water access, and having one of the nation’s highest infant mortality rates. The public slowly lost interest in cholera, even as deaths continued, evidenced by sporadic mentions buried in the pages of El Orden.

The epidemic’s slow fade-out came from simple fatigue: Actors across the social spectrum were tired of working to prevent the disease, and balked when preventative measures created economic costs. Put another way, for both the celebrated and muted ends, the epidemic ended when the market and public health could not work in sync. The points of reckoning just came at different times for different sectors of society.

Much of the same is seen in the current pandemic, whose endpoint has been anything but clear. As the U.S. Centers for Disease Control and Prevention and municipalities relax guidelines regarding quarantine and masking, arguing that COVID has reached a state of endemicity, others reject the idea of ending public health interventions and resigning ourselves to a future of regular outbreaks. Still others argue that the end of the epidemic does not come from lifting restrictions, but from reinforcing measures that protect the vulnerable sections of society, like the immunocompromised, those with vulnerable conditions, and the elderly.

The process of calling an end to the current pandemic is difficult and uncertain. One lesson from Tucumán is that it is likely not up to us to declare the end of COVID, but to future generations who will look back and see through the contradictions we leave in our historical material.