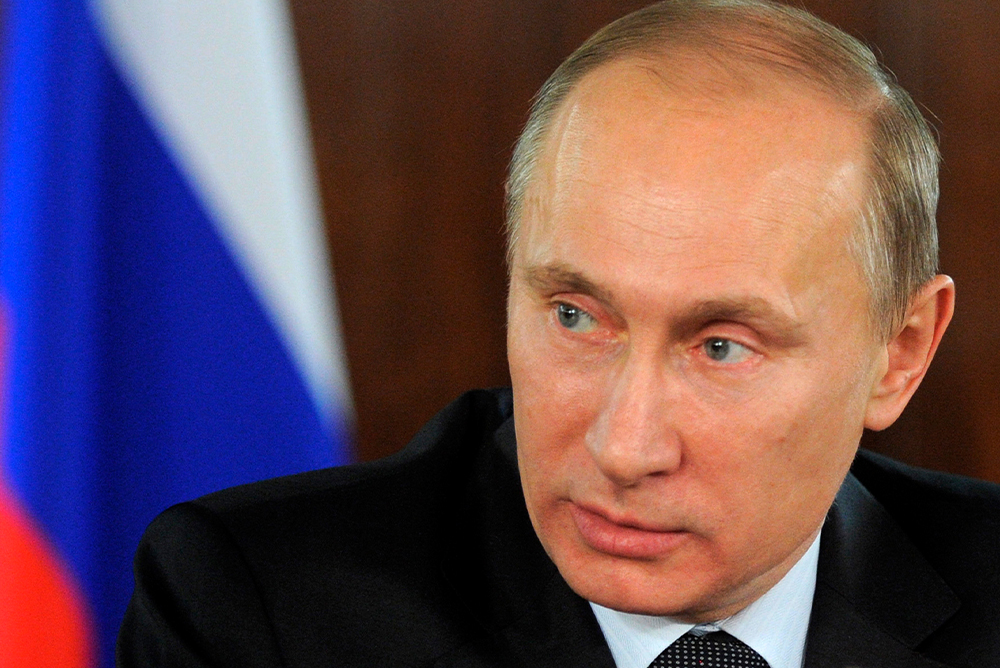 Your hometown autocrat might become the next Putin, Duterte, or Erdogan. But you and your participation in local government can ensure they never rise in power, writes Democracy Local columnist Joe Mathews. Courtesy of AP Images.

Want to join the global fight against authoritarianism?

Then participate in your community’s local government.

Because authoritarians do not teleport fully formed from Jupiter into the leadership of nations. They have to learn how to rule anti-democratically here on earth, usually at the local level. Stopping authoritarianism globally requires all of us to identify and defeat our hometown autocrats, and make sure that local governments are as democratic as possible.

Imagine, for example, how much more peaceful the world might be if citizens of St. Petersburg had managed to stall the political career of deputy mayor Vladimir Putin back in the 1990s.

Detecting would-be authoritarians isn’t necessarily easy. Oftentimes, they spend too little time in local government to be noticed. Brazilian president Jair Bolsonaro served just two quiet years on the city council in Rio de Janeiro—biographers suggest he sought the post to avoid accountability for his actions in the military—before moving into federal office.

But in many circumstances, local authoritarians offer clues to their larger intentions. Some make their tyrannical ambitions explicit.

“If I make it to the presidential palace, I will do just what I did as mayor,” then-Davao mayor Rodrigo Duterte told crowds while campaigning for the Philippine presidency. “All of you who are into drugs, you sons of bitches, I will really kill you. I have no patience, I have no middle ground, either you kill me or I will kill you idiots.”

Tragically, he was as good as his word—presiding over the killing of more than 30,000 people during his drug war, while rolling back the rights of those who dared to dissent from his policies.

Duterte, like many local autocrats, was comfortable with official violence. Reporters found he backed assassins—one group was called the Davao Death Squad—who carried out executions of suspected criminals. As journalist Jonathan Miller recounts in his Duterte biography, the mayor—nicknamed “Duterte Harry”—also patrolled the streets, sometimes violently, by motorcycle. In one case, he pulled a gun on a tourist who was smoking against local laws and forced the man to swallow his cigarette butt.

Duterte’s defenders trumpet the decline of reported crime in Davao—but dramatic drops in crime can be a sign of an emerging authoritarian. Duterte’s case echoes that of El Salvador president Nayib Bukele, who was the crime-fighting mayor of two different cities—Nuevo Cuscatlán and the capital, San Salvador—before rising to national office. Bukele’s tactics have included tens of thousands of questionable arrests by security forces and secret collaboration with the MS-13 gang.

Supporters of Bukele point to a mayoral track record of improvements in local services, including the creation of educational scholarship programs and libraries. But governing competence in local office is not a requirement for the successful authoritarian.

It’s harder to spot budding authoritarianism when it’s wrapped in a record of competence and governing in the public interest.

Putin, and his record as the top economic and foreign investment official in St. Petersburg, under a novice mayor, is an example of how incompetence can provide a path to power.

In Mr. Putin: Operative in the Kremlin, Russia experts Fiona Hill and Clifford Gaddy report how St. Petersburg fell behind Moscow and other Russian cities in incomes, profits, and investment—and surged in unemployment, out-migration, and suicides—during Putin’s time as deputy mayor.

According to Steven Lee Myers’ book The Rise and Reign of Vladimir Putin, Putin arranged contracts for St. Petersburg to buy food and basic goods from state-owned enterprises that never materialized. He also gave away the rights to operate casinos, without getting significant public benefits in return.

Of course, serving St. Petersburg’s people wasn’t Putin’s real job. He used licensing authority to target business and investors—both legal and illicit—in service of his own power, and that of his allies. Foreign authorities investigated one company, which he had licensed, for laundering money for the Cali drug cartel.

Putin avoided accountability for his corruption by increasing the mayor’s power while reducing the oversight power of the city council, which had called for Putin’s firing for “complete incompetence bordering on bad faith,” Myers reports. In the process, Putin developed the model of corruption and oligarchy he’s used to rule Russia, and enrich himself, ever since.

Putin’s sins in St. Petersburg were so obvious that he should have been stopped before he ever rose to national office. It’s harder to spot budding authoritarianism when it’s wrapped in a record of competence and governing in the public interest.

That’s the story of Indian prime minister Narendra Modi, who made his reputation leading the western state of Gujarat. In his underappreciated book, Inside Out India and China: Local Politics Go Global, the American scholar Bill Antholis described how Modi “combined the pragmatic and efficient spirit of Gujarat’s entrepreneurs with charismatic and potentially destructive, divisive and bellicose Hindu nationalism.”

Indeed, Modi’s national leadership has followed his local formula from Gujarat—aggressive action to improve the economy, efforts to advance electrification and other services in underserved areas, and greater seriousness about climate change. (He even wrote a thoughtful book, Convenient Action: Continuity for Change, about fighting global warming in Gujarat.) But as president, Modi also has nurtured a cult of personality that has punished dissenters (including journalists) and exploited religious nationalism in ways that endanger the lives of Muslims.

Checking such relentless, successful authoritarians requires matching their relentlessness. Even removal from office may not be enough.

Take the case of Turkish prime minister Recep Tayyip Erdogan, who in the 1990s was elected mayor of Istanbul, representing an Islamist party. He successfully addressed difficult problems—from water to curbing traffic to garbage collection—but was removed from office after two-and-a-half years, on charges of inciting religious hatred. His career appeared to be over. Then he made a show of abandoning Islamist politics, returned to public life, and eventually won election as prime minister.

Today, commentators remark on how little Erdogan’s agenda has changed since he was mayor. He has made significant improvements in government services, but also is centralizing power, attacking secularism, ramping up spending (which fuels hyper-inflation), and building expensive monuments funded through corruption.

Of course, just as corruption is not the exclusive practice of authoritarians, anti-corruption can be a tool of autocracies. Look at Chinese president Xi Jinping, who made the leap to national power in 2007 when he was sent to Shanghai to clean up a corruption scandal.

Before then, as an official in other provinces, Xi tolerated corruption. In Shanghai, he saw firsthand that cleaning up malfeasance can be both good policy and a pretext for purging opponents. Since ascending to the presidency in 2013, his never-ending purges have eliminated all rivals for supremacy- and most limits on his power.

The authoritarians I’ve mentioned here are very different people, but they share one common experience: All worked in contexts where everyday people had relatively little power in local government. Because of this, these budding autocrats were able to do mostly as they wished, without being confronted by citizens.

In the years since these men were in local government, it’s only become easier to build anti-democratic local empires. Political scientists blame a decline of political diversity around the world. Too many cities and regions are effectively controlled by one party. Highly polarized countries—like my nation, the United States—are full of politically monochromatic localities and states that provide the perfect breeding grounds for authoritarian extremists.

Ironically, local authoritarianism can be a bigger problem in newly democratic nations than in authoritarian ones. As countries democratize nationally, they often decentralize power and authority—creating stronger regional and municipal governments that can become power bases for aspiring autocrats.

That is why the greatest weapon the world has against authoritarians is you, and your participation in your local government.

To challenge your local leaders—or even better, to launch a new opposition party or movement—is to defend democracy not just where you live, but also in your nation and our world.