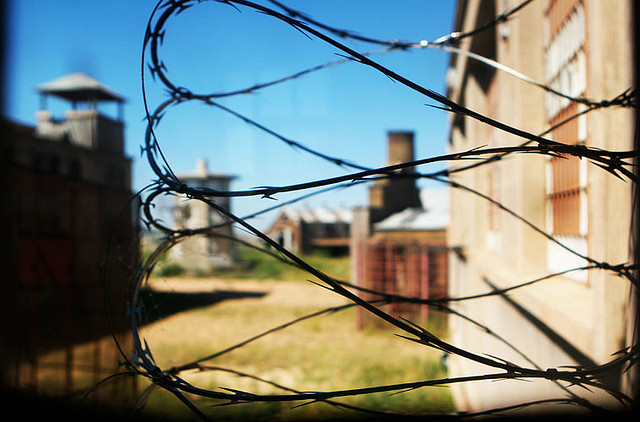 California’s prisons provide an apt metaphor for the state’s broken politics. Almost everyone knows the $10 billion correctional system is unsustainable and must be cut, and yet the issue is so controlled by vested interests that nothing much changes. It’s a case study in how political disengagement – the “why bother” syndrome that afflicts Californians when confronted with any number of daunting issues – tends to carry the day.

Contracting the prison population requires shortening prison and parole terms, increasing alternatives to imprisonment, and reserving costly prison beds for the most serious offenders. Sophisticated research and the recent experiences of other states (like New York, which decreased its prison population by 20 percent) show that these measures can be implemented without jeopardizing public safety.

The time is ripe to downsize California’s correctional system. For starters, the state is over $26 billion in debt – it simply can’t afford its prison system. Moreover, federal judges have ruled that the Golden State must cut about 40,000 inmates from its overcrowded prisons. Public opinion polls indicate that Californians are tiring of their state’s über-tough approach to crime and drug addiction. So who stands in the way of the mighty alliance of fiscal necessity, the federal bench and public opinion?

In 2004, the CCPOA organized and helped finance the opposition to Proposition 66, which would have softened the edges of the state’s extremely sharp “Three Strikes and You’re Out” law. In 2008, it bankrolled the successful effort to defeat Proposition 5, a wide-ranging initiative meant to reduce the number of drug offenders behind bars. Most recently, the union helped torpedo a legislative initiative to establish an independent commission with the authority to change sentencing laws. When it comes to serious sentencing reform, the CCPOA and its allies remain major obstacles.

As odd as it might seem for prison officers to play a decisive role in shaping the criminal justice system of a state of some 35 million people, policymakers have no choice but to deal with the CCPOA. But they should do so in a more adept manner.

First, policymakers should address the union’s legitimate concerns. Prison officers understandably worry that downsizing the correctional system will put them out of work. Thanks largely to their effective union, these officers have solid, middle-class jobs with good pay, good benefits, and good retirement packages. California officers make between $45,000 and $73,000 a year before overtime and other incentives. As the manufacturing sector declines, “prison officer” is one of the few remaining occupations providing upward social mobility for people who lack advanced degrees. This is especially true in the rural areas in which many prisons are located. Officers and their families, then, are justified in thinking that major reforms might close one of the few remaining paths they have into the middle class.

Policymakers must make good faith efforts to protect these workers as they reshape the correctional system. Prison workforces should be decreased by natural attrition whenever possible; positions should be shed through retirement or voluntary termination. Because the prisons are currently understaffed, the closing of some facilities needn’t translate into widespread layoffs. The state might set up retraining programs to help officers find new work within or outside of the prison system. The CCPOA would be much more likely to support reform measures if it could protect its members’ jobs along the way, or at least be persuaded that its worst-case fears are unfounded.

Securing jobs won’t be enough. Another important point to consider is that the union’s support for laws like “Three Strikes” is not just about gaining members and job security. It’s also ideological. Union leaders and many members believe in these policies. Therefore, policymakers (particularly the governor) must negotiate aggressively but productively, not only on wages and benefits, but also on substantive issues. California’s leaders should make implicit or explicit deals, using wages, benefits, and work-related rules and practices as bargaining chips with the CCPOA during collective bargaining. Unless the union agrees not to oppose major sentencing and prison reforms (and that includes not financing its allied organizations’ efforts to quash the reforms), the state should not support the union’s contract or legislative proposals.

If the CCPOA refrains from opposing sentencing reforms, it should be rewarded with fair contracts that further professionalize prison officer work, improve wages and benefits, and strengthen job security. Put simply, there should be incentives for cooperation – not just disincentives for non-cooperation.

Evidently, the Brown administration used this strategy in its recent negotiations with the CCPOA. As has been widely reported, the governor and the union have reached a tentative contract agreement. Republican legislators and newspaper editorial boards have argued that this deal will not save enough money or return enough workplace control to management – some have even called it a “sweetheart deal.” In response to the criticism, Brown has claimed that he did not seek more drastic concessions from the union, at least in part, because the CCPOA did not actively oppose his criminal justice realignment plan to make counties (rather than the state) responsible for incarcerating low-level offenders and supervising most parolees. (The policy will not go into effect unless Brown gets his tax measures approved.)  If implemented, the plan will decrease the number of prison officers and parole agents – hence, it’s not surprising that union leaders are taking heat for not opposing the plan. Nevertheless, the CCPOA finally has a contract, and, given the current economic environment, budget shortfalls, and rampant anti-union sentiment, it’s a solid one.

In a perfect world, taxpayers wouldn’t need to offer carrots to a public employee union to reform a state’s criminal justice system. But California politics, to put it mildly, is not quite a perfect world, and unless campaign financing and plenty of other structural matters are radically altered, the governor must get the CCPOA’s buy-in to downsize prisons.

Brown’s realignment proposal is projected to reduce the state prison population by upwards of 40,000. Although it would alleviate overcrowding and satisfy the federal courts, it would not necessarily shrink the overall correctional population (instead it would simply shift state prisoners to the counties). Truly shrinking the system still requires sentencing reform. Neither Brown nor the legislature has shown any willingness to shorten prison sentences or increase alternatives to imprisonment, but if they do take up serious sentencing reform, they will again have to deal with the CCPOA and its allies. By addressing union members’ fears, policymakers can soften their resistance. And while a smaller prison system will eventually lead to fewer officers (and union members), it will also benefit those who continue to toil on the tiers and on the yards.

Contracting the penal population will decrease tension, violence, and chaos behind the walls, making the prison beat less “tough” for officers and prisoners alike. Despite the zero-sum calculations of so many, cutting corrections and helping officers are necessary and compatible goals.

Joshua Page is an assistant professor of sociology at the University of Minnesota. He is the author of The Toughest Beat: Politics, Punishment, and the Prison Officers Union in California (Oxford University Press, 2011).