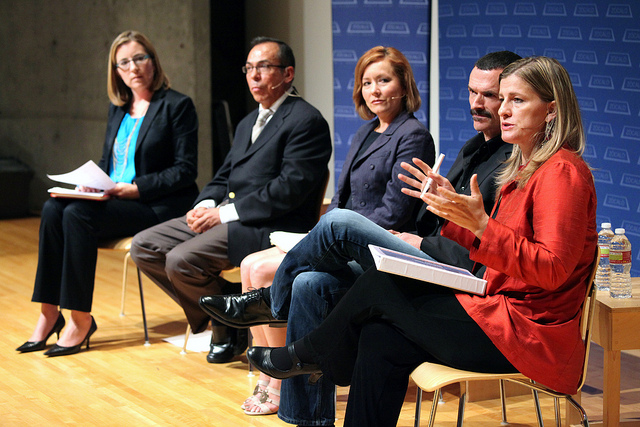 The number of reporters and photographers murdered in Mexico rose in 2010 for the third straight year, according to the Committee to Protect Journalists, which said that Mexican authorities “appear powerless in bringing killers to justice.”

But five reporters with extensive experience covering Mexico agreed that their job is too important to be scared away by such threats, they told a sold-out crowd at a panel discussion held at Los Angeles’ Museum of Contemporary Art and co-sponsored by Zócalo Public Square and the Azteca Foundation.

“We call it the war next door, and I find myself going into Mexico’s murder capital every day … and coming home to El Paso, one of the safest cities in the United States,” said Belo TV border bureau chief Angela Kocherga. 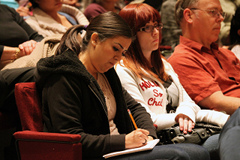 All five reporters agreed that it can be difficult to decide what aspects of the Mexican story to focus on in their coverage, especially as many media outlets have downsized during the economic downturn and the story of Mexico’s drug war becomes all-consuming.

In 2004, when Johnson began reporting from Mexico, the country “really began to establish the makings of a middle class in some essential size,” he said, and that economic growth was the dominant story. But then the drug war took over.

“There was always that theme present in the culture I was reporting on, but that story just began to overshadow everything … and make me question ‘what am I doing here writing about culture given the serious nature of the problems?’” he said.

Corchado agreed, saying he had tried to deny the gravity of the drug-related issues for too long. He had focused the vast majority of his attention on issues relating to the U.S.-Mexico border when his newspaper had 13 reporters in Mexico and didn’t adapt quickly enough when it dwindled to one, he said. The current situation has escalated to become the biggest national crisis since Mexico’s revolution in  1910, he said.

Salazar said she deals with the tension between different themes in Mexico every day in choosing stories for her radio and television shows. She said she often wants to lead her shows with news stories unrelated to drugs but feels conflicted.

“The temptation is ‘let’s try to change this a little bit and not talk about it today …  but it comes to a point that you can’t hide from it,’” she said. 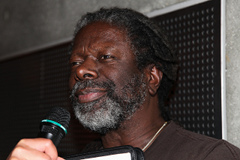 But while the journalists were unanimous in saying that the drug war stands alone as Mexico’s dominant story, they agreed that the mainstream press often does not do a good enough job covering Mexico as a whole.

Seijas referenced a Wall Street Journal column titled “The Mexico Paradox,” which explored the seeming contradiction between the idea of the nation as a failed state and statistics that show the economy grew at a healthy 5.5 percent clip in 2010.

Kocherga said the false stereotype that the entire country has been taken over by drug trafficking and violence is problematic for reporters trying to represent the country fairly. Her station regularly receives calls from Americans asking whether it is safe to hold their weddings in the resort town of Cancun, she said.

“Not every part of Mexico is drowning in blood and a lot of these destinations are still perfectly safe,” Kocherga said.
Salazar said the major story that goes uncovered in Mexico is individual acts of heroism, a comment that drew a knowing nod from Kocherga. From children who continue to play on traveling soccer teams despite the threat of violence to the teacher who became the star of a viral video showing her leading her kindergarteners in song as gunfire raged outside, Mexicans are brave and perseverant, she said.

And Salazar echoed Kocherga’s observation that Americans still want to spend time in Mexico, saying that the largest community of Americans living abroad is in Mexico and that many people want to move south to retire.

“Americans are moving knowing they’re going to die in Mexico,” she said.

“But die old and happy,” Seijas clarified, drawing peals of laughter from the audience.

Looking Toward the Future 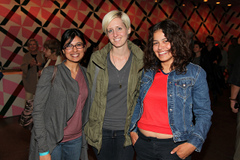 Kocherga said in an interview before the panel began that she is feeling more pessimistic about Mexico’s future than at any time in the past. And Corchado said he has received threats from high-level government officials that made him realize that the problems trace back to extensive government corruption.

“I think that woke me up and made me realize … ‘you have to tell the story, especially at a time when so many of your colleagues in Mexico are being forced to censor themselves,’” he said.

Johnson said he sees an important role for artists and writers to help bring an end to the violence through words and pictures. He spoke specifically of the Casa del Tunel, an art museum built in a house that once concealed a drug tunnel.

“Thank God for artists and culture because they can help us begin to grapple with things that are almost too bleak or difficult,” he said.

Kocherga said she is hopeful for that the peace movement inspired by Mexican poet Javier Sicilia will spark widespread change in the country. Sicilia, whose 24-year-old son Juan Francisco was murdered by a drug cartel in March, led a massive peace rally in May and has others in the works.

But Salazar said that although the Sicilia movement is inspiring, grassroots action won’t be enough to end the drug wars.

“Where is Carlos Slim [the richest man in the world]?” she asked rhetorically. “Where is the Catholic Church? Where are some of the major NGOs? There isn’t sufficient political pressure in order for the Mexican political class and economic elite to take the necessary steps for change.” 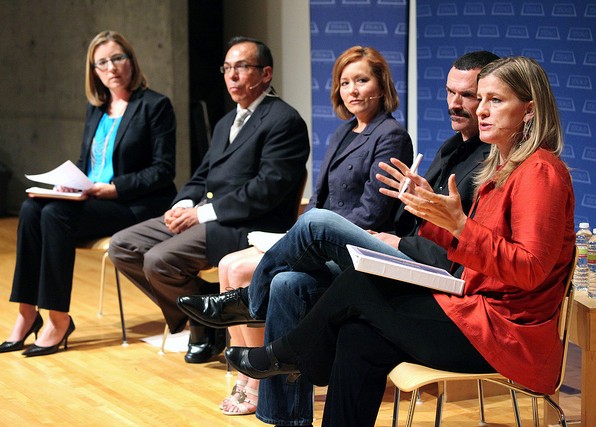