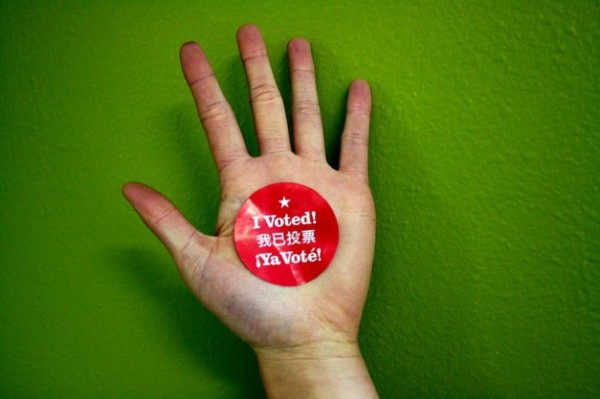 California’s statewide system of direct democracy–the initiative, referendum, and recall–turns 100 years old this fall. Remarkably, the system approved by voters in October 1911 has not changed all that much in the century since. But the state and its politics have changed radically, as California has grown from an outpost of 2.4 million people to a nation-within-a-nation of 38 million.

Since birthdays offer an opportunity for reflection and reassessment, this may be the perfect time to think about updating the initiative process. So in advance of a panel celebrating the centurial birthday of the initiative process, we asked experts if now is the time for change, and if so, what kind of changes should we make?

In democracies, it is both common and correct to say that “the people” should rule. But democracies differ in their understanding of who “the people” are–and how they are represented. In most democracies, elected leaders stand in for and represent “the people.” In direct democracies like California, by contrast, the polity is designed to let “the people” represent themselves with immediacy from time to time, reasserting their will over particular policy areas, disrupting elected leaders’ assumptions that they can always vindicate the voice of the populace with their democratic mandates from a prior Election Day.

It isn’t a surprise that “the people” are not always up to the task. Although there is no doubt that conventional representative democracy has its flaws, the “wisdom of the crowd” is just the flipside of “mob rule.” Under the conditions most citizens find themselves in modern mass society, they have neither the time nor the inclination to engage with the issues that find themselves on the ballot. Most do not deliberate with one another and most cannot get sufficiently informed about the policy debates. But it isn’t that citizens are incompetent. It is that we don’t design the institutions of direct democracy in a way to promote real deliberation and thoughtful decision-making.

All that could change with one simple fix. Instead of asking nearly 40 million people what they think about a question of policy, ask a much smaller random subgroup of “the people” what they think. When we want criminal defendants judged by a jury of their peers, we don’t ask everyone to vote: we ask a cross-section of the whole–12 people–to take time out of their private lives and serve their governments to decide if an individual in their midst should lose his or her liberty or life. When we ask “the people” to decide policy in direct democracy, it should be done by a scientifically stratified random sample of 535 people that is empanelled into jury service for the task at hand.

As Tocqueville wrote, the “jury is both the most effective way of establishing the people’s rule and the most efficient way of teaching them how to rule.” It is time to think of our exercises of direct democracy like policy questions sent out to a jury of our peers. Under those conditions, it won’t be money or misleading campaigns that decide ballot questions: it will be the deliberation of lay citizens who have all the right incentives and institutions to think through important questions with a manageable group of their peers, who are similarly motivated to produce an authentic, informed, and issue-specific voice of “the people.”

The initiative process, along with other direct democracy institutions, is designed to give citizens a greater voice in the policy process and make government more responsive to public preferences. This increased policy responsiveness is achieved by circumventing what James Madison describes as the “representational filter.” However, there is a dark side to this increased policy responsiveness: the rights of minority groups may be endangered, especially when the majority of the public prefers anti-minority policies. Indeed, recent research has found that direct democracy states, like California, are more likely to adopt same-sex marriage bans, official English laws, and affirmative action bans.

So we face the problem of how to provide protections to minority groups without significantly reducing the benefit of increased policy responsiveness. One solution is to increase the involvement of elected legislatures in the initiative process. In Switzerland, once citizens qualify an initiative for the ballot, the legislature has the opportunity to consider the issue and develop its own proposal. Then voters consider both versions of the policy proposal on the ballot. With more resources, expertise, and, importantly, increased consideration for a variety of constituents (not just the majority), the legislature tends to produce more moderate and carefully crafted proposals. More often than not, voters choose the legislature’s proposal over the citizen initiative. In this way, the legislature is forced to address public demands, but can do so in a more measured way that provides relatively more protections for minority groups. Thus, responsiveness can be maintained as citizens continue to directly shape the agenda, and minority groups still benefit from the representation filters of traditional representative democracy.

Daniel C. Lewis is assistant professor in the political science department at the University of New Orleans.

Make voters find the money for it

When it began a century ago, California’s experiment with direct democracy was intended to function as a check on the state’s elected officials, allowing the electorate to take action when the political class proved recalcitrant. While it has served that purpose from time to time, it has more often allowed voters to set public policy with a myopia rivaling that of the most prodigal politician.

In no area is this more pronounced than in setting state spending priorities. In 1988, for example, California voters passed Proposition 98, mandating that roughly 40 percent of the state’s budget be spent on public education. While improving Golden State schools is a laudable goal, the initiative put the issue to voters in a vacuum. They were not forced to consider questions such as: What makes 40 percent the right rate? Is it inconceivable that better outcomes could actually be achieved at lower costs? What other spending would be reduced or eliminated to accommodate Prop 98’s requirements? And if programs weren’t to be cut, where would the extra revenue come from?

Time and again, this has been the story of ballot-box budgeting. Voters are presented with a compelling social cause–improving schools, funding children’s hospitals, delivering mental health programs–and asked to approve increased spending without identifying a funding source. This costless compassion often works on Election Day, but it wreaks havoc on California budgets, leaving legislators with soaring deficits and few means to remedy them. By some estimates, up to 85 percent of the state budget is mandated spending. (Try balancing a family budget with 15 cents on the dollar.).

Thus, the single best reform to the initiative process would be instituting “pay-as-you-go” rules, forcing voters to make the tough choices of financing the spending initiatives they approve by either cutting other spending or increasing taxes. Under that system, California voters would still have the option of living high off the hog. But they could no longer maintain the illusion that it was a free lunch.

Troy Senik is currently a Senior Fellow at the Center for Individual Freedom and a contributor at City Journal California and the Manhattan Institute’s Public Sector Inc. He is the host of Ricochet’s Law Talk podcast.

California’s initiative process gets a lot of attention and blame in discussions of the state’s budget and governing problems. This is in part because it is used either directly or as a bargaining tool to legislate many issues. In 2010, voters considered two initiatives in June and nine more in November. These included rules on the legalization of marijuana, suspending or changing environmental regulations, rules on redistricting, and many fiscal issues. Although ballot initiatives give Californians a loud voice in their government, raising the hurdles for passage would serve everyone better.

So what’s wrong with giving citizens such power? For starters, voters have often approved initiatives that conflict with one other. For example, San Franciscans, when asked whether to rebuild or remove a damaged highway after the 1989 Loma Prieta earthquake, voted yes to both rebuilding it and removing it. (The freeway was removed because that option had more yes votes.) Courts have thrown out initiatives because their language is confusing or vague. California could solve those problems, either by requiring constitutional review before any vote or by making the process less direct by having initiative authors work with legislators to come up with workable proposals. Massachusetts gives that role to the legislature, and many fewer initiatives end up on its ballots.

California should also raise the bar for constitutional changes (as opposed to statutory changes). Right now, the only additional requirement for changing the constitution is that a slightly higher number of signatures be collected: 8 percent of the number of votes cast for Governor in the last election rather than the 5 percent needed for statutory changes. With the advent of paid signature gatherers, the bar should be raised for constitutional changes. And passage should require more than a simple majority vote.

If the process were a tad more cumbersome and fewer initiatives made it to the ballot, discussions of the initiatives could be more thoughtful, elected officials would need to take more responsibility, and possibly California would be slightly more governable.

Kim Rueben is a Senior Fellow at the Urban-Brookings Tax Policy Center, where she directs the state and local program. Her research examines state and local tax policy, fiscal institutions, and issues of education finance and teacher labor markets.

Edit them in advance

First of all, FairVote has no position on initiative and referendum, as we focus on improving representative democracy. As a board member of Citizens in Charge, however, I would like to see initiative rights upheld and extended to more states, and believe that it will be easier to do with certain improvements.

Such improvements should focus on bringing more deliberation, transparency, and opportunities for revision into the process. Unlike legislation, most initiatives leave voters with no option other than to support or reject them flat out. As a result, some good ideas get rejected because of relatively minor flaws, and others get enacted even though they have major shortcomings.

Because it’s too late for nuance once a measure is on the ballot, the time to identify potential improvements is before the proposal is finalized. As a result, I would like to see a two-step process with initiatives.

First, backers would circulate a proposal and secure a certain number of signatures–enough signatures to demonstrate seriousness, but not so many that serious proposals would not get a fair hearing.

At that point, the proposal would go through a short review process. The proposal would be posted, and the public invited to comment. After this public comment period, the state would sponsor a deliberative democracy exercise. One example would be to have a jury of randomly selected citizens empanelled every year and, during that time, given an opportunity to review proposed initiatives and hear from advocates, opponents and those backing revisions. The jury then would make any recommendations for changes.

Backers could make any changes they want, including those recommended by the citizen jury. Those changes would again go through a short public comment period, after which backers would have a last opportunity to modify their proposal before collecting signatures to put their proposal on the ballot. If the initiative makes the ballot, a summary of the citizen jury’s recommendations and a report on what changes were made would be included in online and print voter guides produced by the state.

Rob Richie is executive director at FairVote: The Center for Voting and Democracy. His expertise lies in international and domestic elections and electoral reform.