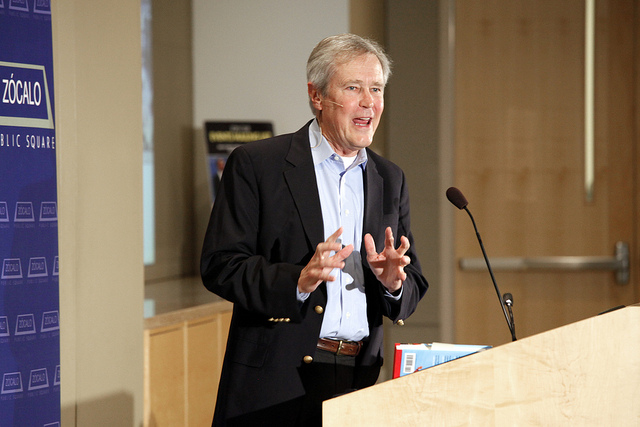 Even after six years of living in China, journalist James Fallows, national correspondent for The Atlantic and author of China Airborne, can only guess where the country is going next. Life in China is characterized by unknowability about the future and contradictions in the present, Fallows told audiences at the RAND Corporation in Santa Monica and at the Scottsdale Museum of Contemporary Art, at an event co-presented by Arizona State University. But in the story of the country’s burgeoning aviation industry he found “a lens for all the things worth paying attention to in China,” as well as a cast of fascinating characters whose personal struggles were emblematic of the country’s larger struggles.

The scale of ambition in China also tells an astonishing story about the speed of modernization there. While there is currently zero or one airport under construction in the U.S., and the same in all of Europe, “there are 100 airports being built in China now, not counting the ones that are being refurbished.” Most of the planes produced in the next 10 years will be purchased there as well. 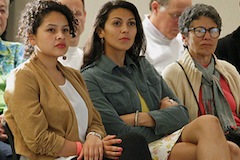 Which isn’t to say that the Boeing and Airbus should fear China–or that the U.S. should view China’s general ascension as a threat to our economy or political dominance. China’s challenges, Fallows said, come from within, as do those of the U.S. “You can see the story of China in how hard it’s trying and how many problems it’s had in trying to be dominant in [the aerospace] industry,” he said.

China is battling military airspace restrictions and environmental hurdles as well as technological and educational deficits. Most of Chinese airspace belongs to the military, and the resulting restrictions create long delays and inefficient flight paths. While the Chinese have “decided to make themselves as much of a clean center of aerospace as they can,” China is engaged in an internal race between progress and pollution. And while the country has been transformed thanks to low-wage manufacturing, infrastructure, and construction booms, China has not yet proved able to take the next step into higher-wage production. The country’s education system is also having trouble attracting top talent and producing cutting-edge research, thanks in part to a slow Internet that’s hampered by the “Great Firewall of China.” 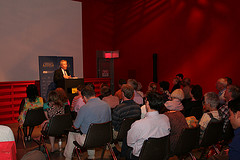 The U.S. still sets the standard toward which China’s aerospace companies aspire. “Half of the Chinese aviation bureaucracy keeps coming back and forth from the U.S. seeing how it’s done here and trying to apply it there,” said Fallows.

Although Fallows concluded by asserting that “a wide range of outcomes is possible” for China, audience members asked him to place some bets.

What, for instance, will China’s relationship with the U.S. look like a generation from today? Most probably about the same, said Fallows. He’s been struck by how constant U.S. foreign policy has been toward China over the past few decades: despite disagreeing with them on most things, we still want–and work to–cooperate with the Chinese.

Will the demographic shift China is about to see–a large number of people moving into retirement with a smaller youthful population to support them–hinder its modernization and prosperity? No, said Fallows, because the Chinese people only consume half of their GDP and invest the rest, so they have reserves to draw on. He added that a minority of Chinese are bitter about the one-child policy and that most people feel it was “tough medicine” but “the disease it cured [overpopulation] was worse.” 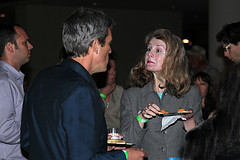 Another audience member asked if we should worry about flying in a Chinese plane today. Chinese airlines are very safe, said Fallows–safer statistically than American airlines, in fact, because their planes are new. And we won’t be flying in Chinese planes for a while. The Chinese are building their own planes carefully, with the example of Russia and the Soviet military-led aerospace establishment on their minds. They’ll roll Chinese planes out internally first and then in other developing countries. Only then will they aim for U.S. markets. Plus, Fallows pointed out, “making iPads is unsafe for the workers, but the iPads themselves are high quality”–and the same standards will most likely apply to Chinese aircraft.

Moving beyond aerospace, audience members asked Fallows how he thinks the U.S. would respond if China were to attack Taiwan. The U.S. understanding of Taiwan’s relationship to China is vastly different from China’s, he said. “Almost everyone in China feels about Taiwan as they do about Tibet: It’s as intrinsic to China’s motherland as the Southwest U.S. or Pearl Harbor” is to us. “There is the potential for real misunderstanding,” he admitted. But Fallows thinks the U.S. will do whatever it can to tamp things down and maintain the ambiguity of the status quo. 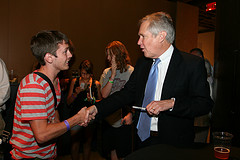 Asked about India, Fallows said he believes that the greatest contrast between the two nations lies in wealth disparities. In China, globalization has largely been an engineer of equality, creating some billionaires but also making hundreds of millions of uneducated peasants into urban factory workers. By contrast, in India, only the educated–a few million people–are meaningfully benefiting from the country’s embrace of the outsourcing industry.

Whatever is happening in China today, the changes have been so rapid that it’s hard for anyone to make sense of them. “The effects of the very rapid prosperity and industrialization of China are not fully absorbed yet,” Fallows said. China’s political system, with its lack of transparency, is especially difficult to understand, as case of the corrupt top official Bo Xilai has demonstrated. The objective forces operating in China “are greater and less predictably balanced” than those operating on other countries. In short, we’re a long way from getting a handle on China–as are the Chinese. 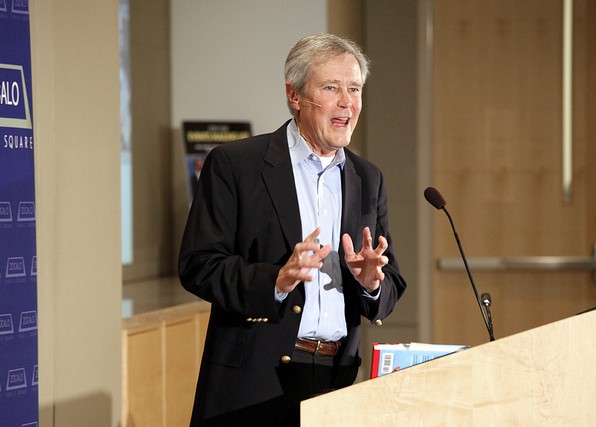