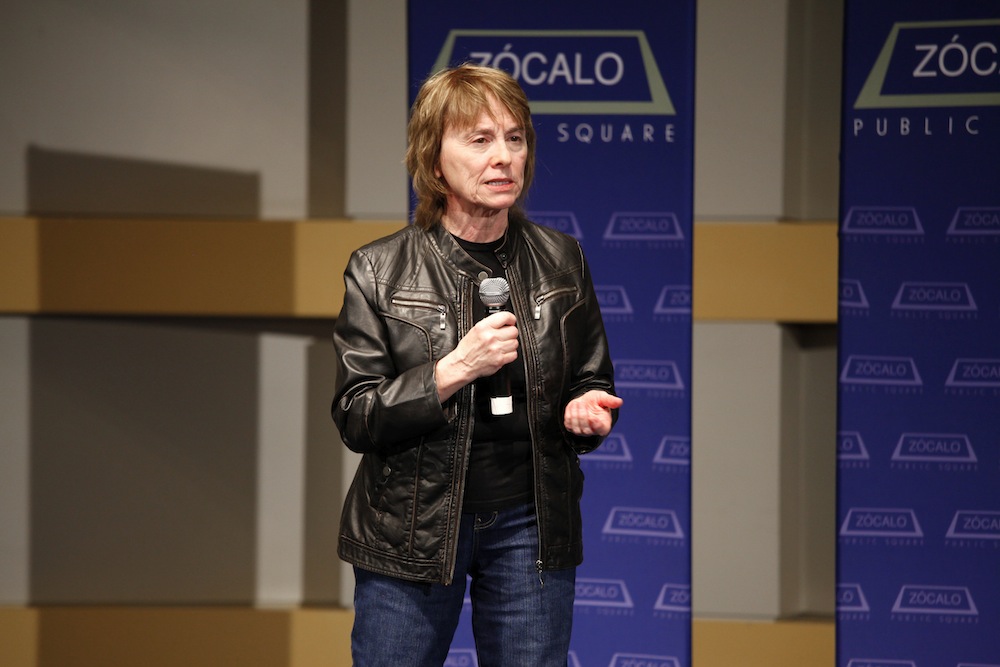 In a wide-ranging talk at the Skirball Cultural Center, critic Camille Paglia, author of Glittering Images: A Journey Through Art From Egypt to Star Wars, exalted George Lucas, Adele, and the artist Tamara de Lempicka. Less lucky were Jacques Lacan, Jacques Derrida, and Michel Foucault (“false messiahs” who have destroyed the humanities), Lady Gaga (who has not produced anything at the level of Madonna at her high point), and Christopher Hitchens (who wrote a whole book on God without doing any research).

Paglia, who has taught in art schools (she is currently a professor at the University of the Arts in Philadelphia) for 40 years, is concerned about most of her students’ lack of exposure to art. Our culture, she said, has been “negligent in not making an attempt to introduce children at the primary school to the arts.” She’s not talking about the do-it-yourself art classes that you find in schools today but the introduction of children to fine arts and artists as they do in Europe. This deficit continues at the college level, where style studies—learning about the major styles in the history of art—have been out of fashion since the 1970s. Instead, universities today are dominated by the field of cultural studies, which Paglia called “completely uncultured”—a mix of genres with some references to Hegel and late capitalism thrown in.

It’s also grown unfashionable for professors to express enthusiasm for art, said Paglia, decrying the tone of snide cynicism that pervades not just the academe but the professional class. She used Rachel Maddow as one example of someone who emits a superior tone—a hallmark, she said, of liberalism. Liberalism used to present itself as a populist voice, but today it’s the voice of the upper middle class—and it’s part of the enormous gap that exists between them and the working class.

Although she is an atheist, Paglia also believes that the diminution of religious studies has contributed to the decline of the study of art. The great religions of the world are enormous systems that contain profound truths about human existence, she said—and moreover, there is a spiritual mission to art. She thinks that artists need to be rescued from the “very brittle kind of chic atheism” that’s popular today. She’s not against artists being atheists—but they should, she said, recognize the spiritual thirst for meaning in the history of mankind.

After criticizing Marxism for its neglect of a metaphysic and psychology, Paglia declared, “I think the entire academic establishment from coast to coast is utterly corrupt.” Professors have a leftist pretense—then retire as millionaires to condos in Boca Raton.

Paglia’s love of AM talk radio has also shaped her views about the art world today. Listening to conservative shows over the past 20 years, she’s been alarmed at the denigration of art and artists. She attributes this to a series of controversies over sacrilegious art that began in the mid-1980s. She mentioned Andres Serrano’s Piss Christ (a photo of a crucifix submerged in the artist’s urine) as well as the Brooklyn Museum’s 1999 “Sensation” show featuring a Madonna figure that incorporated elephant dung. The only important art in the eyes of the art world, she said, is shocking or transgressive. But the transgressive gesture has become “fraudulent and empty”; artists used to pay a price for creating shocking work. Today, those who create transgressive work are rewarded with glowing reviews and grants instead.

Paglia thinks that the answer lies in moving “toward a recognition of the spirituality of art.”

“In the 21st century, people are looking for meaning,” she said. “We’re not trying to subvert meaning.”

In the question-and-answer session, Paglia talked about why she thinks George Lucas is one of our great living artists. He’s not taken seriously because he’s been commercially successful and because he’s seen as a purveyor of entertainment to children. But she finds herself enraptured by his technological prowess as well as the drama and passion of his work—and its visual splendor. She pointed to the climax of Star Wars Episode Three: Revenge of the Sith as an example of one of his bold gestures.

Paglia also spoke about why she thinks primary school students should be exposed to more great art. The visual environment we live in today is cluttered, fragmented, and chaotic; the brain has to shut down various parts of itself to survive a constant visual onslaught. Paglia thinks that art can give young students a sense of serenity and balance—helping kids to focus and pay attention while exposing them to culture at the same time.

In response to a question about her appreciation for The Real Housewives reality TV franchise, Paglia said that she derives a number of different pleasures from the series (the Beverly Hills, Orange County, and New Jersey editions in particular). The shot-making and editing offer technical pleasures, she said. But she also likened the shows to watching the Discovery channel—seeing a cheetah stalk a gazelle. These shows show “the authentic ferocious energies of female sexuality,” she said. 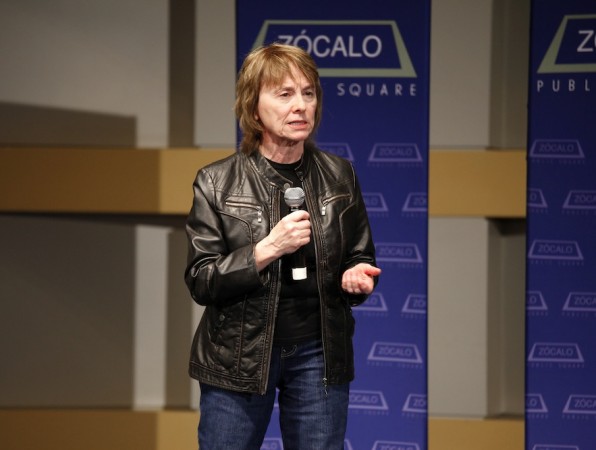 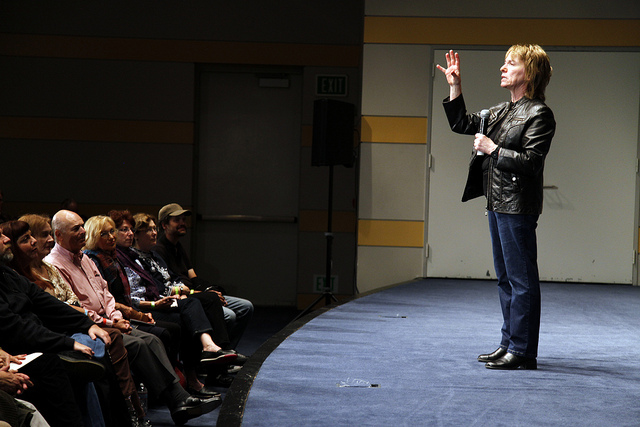 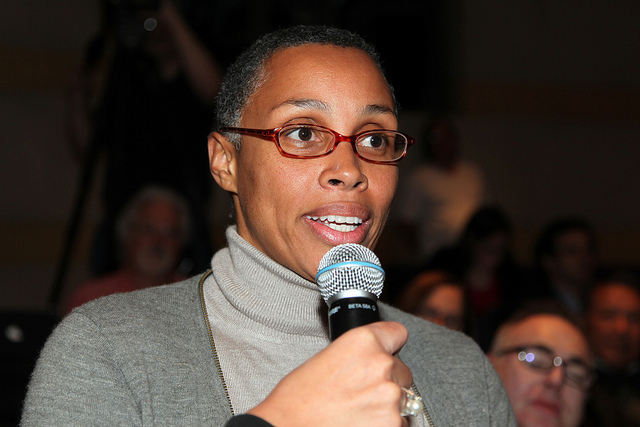 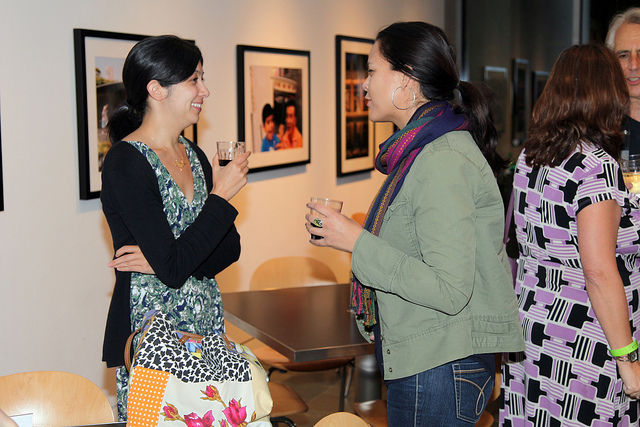