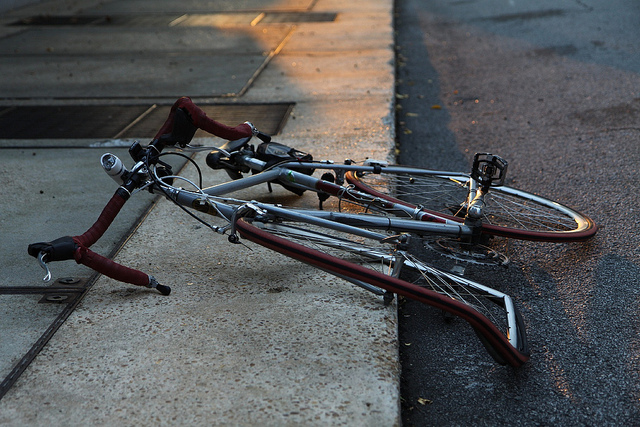 This month, Lance Armstrong was stripped of his seven Tour de France titles by the International Cycling Union after evidence of his major role in a widespread doping ring was made public. He has been barred for life from Olympic sports and will likely be barred from participating in the New York City and Boston marathons. Pat McQuaid, the president of the cycling union, told The New York Times, “Lance Armstrong has no place in cycling; he deserves to be forgotten in cycling.”

Countless athletes have falls from grace, but few falls are this severe. Tiger Woods suffered only minor bruises by comparison. Even Michael Vick is back in the NFL. This wasn’t just about the end of Armstrong’s career; it was the end of one of the most prominent and admired brands in the world.

Branding is not new, but branding oneself is new. And Armstrong, while far from alone among athletes in self-branding, epitomized the practice. This is not a cynical statement. Fundamentally, brands are stories. A good brand is a story that is familiar, intimate, personal, and unique. Brands draw individuals into the story and sometimes inspire them to add to it. That’s what happens when people (smugly) claim, “I’m a Mac,” or “I drink Coke, not Pepsi.” More than just the object itself, a brand is the perception—the series of images, themes, morals, values, feelings, and sense of authenticity conjured by the product itself. We invest and trust in brands precisely because we want to—indeed, need to—believe in them.

The language and logic of branding affects—some would say actually structures—more and more of our lives. Branding strategies are now used to organize and develop institutes of higher education. Branding language is commonplace in politics, especially in a presidential election year; note the periodic talk of efforts to “re-brand” Obama or Romney. It’s common in social change movements, such as Occupy. And, as noted, it is increasingly common among individuals. People use the logic, strategies, and language of brands to express their politics, their creativity, their religious practices—indeed, their very selves. It’s no longer just politicians who might promote self-brands like “maverick” or “compassionate conservative.”

Armstrong’s brand was heroic resilience. In 1997, after surviving testicular cancer, Armstrong went on to win the Tour de France seven consecutive times, from 1999 to 2005. He had more children. And he became a crusader for all those with cancer. That’s where his nonprofit organization came in. In 1997, Armstrong founded the Lance Armstrong Foundation, also known as Livestrong, with the mission of improving the lives of those fighting cancer. Livestrong partners with more than 550 organizations that conduct cancer survivorship research, and it has raised more than $470 million since its inception. Millions of rubber yellow bracelets, the symbol for Livestrong, are worn by people across the globe. School kids adopt the Livestrong model for mock charities in their classes.

The question now is whether an organization born of someone’s personal brand can divorce itself from that person. That Armstrong himself is persona non grata is clear. When the doping investigation was pending, Armstrong’s sponsors seemed to be sticking with him. But after the evidence was made public, nearly all of them, including Nike, Trek, and Oakley sunglasses, dropped Armstrong as a client within days of one another. Multi-million dollar companies cannot afford for their products to be connected with doping.

But can they afford to be connected to a non-profit linked to an athlete who engaged in doping? Armstrong has stepped down as director of Livestrong, but that’s hardly a branding revolution. Livestrong was built on Armstrong’s biography and founded thanks to his survival and his subsequent success as an elite athlete. Whatever his technical role may be, Lance Armstrong is Livestrong.

Some commentators initially felt Livestrong would be fine now that its founder has made himself more peripheral. Writing in Salon.com, Mary Elizabeth Williams claimed that Armstrong’s “tarnished” sporting reputation “shouldn’t affect his philanthropic one, any more than his work with Livestrong defined who he was when he was on a bike.” Subsequently, however, she recanted what she called a “naïve hope,” conceding that Armstrong’s “identity as a cancer survivor has been so deeply embedded in his fame.”

Livestrong’s brand is based on the story of Lance Armstrong, and that story has lost its magic. Magic is central to a good brand. To be sure, rebuilding brands after disgrace and failure (think of Lehman Brothers or Goldman Sachs) is common, but re-building the self-brand seems harder to pull off. Armstrong’s betrayal was not just about an athlete’s bad choices; it was a betrayal of authenticity, and authenticity is the cornerstone of any brand.

The 21st century is an age in which we hunger for anything that feels authentic. People pay exorbitant rents to live in the part of town that is edgy and “real,” that hasn’t yet sold out to bland suburbia; we go to extraordinary lengths to prove we are not “sell-outs.” Ironically, we often look to brands to assuage the hunger to be authentic. We love In-N-Out burger for its “free of additives” burgers and its “hand-leafed” lettuce. We buy RED products, like Gap t-shirts and laptop computers, to fight Aids. We drive a Toyota Prius to fight global warming. Livestrong was that kind of brand: offering inspiration and hope, based on the personal story of its founder.

So can the brand survive without the individual, the face, that launched it in the first place? I don’t think so. The very things that build the relationship between a brand and its consumers—trust, faith, inspiration—have been rendered meaningless. The fantasy of authenticity has been revealed to be just that: a fantasy.